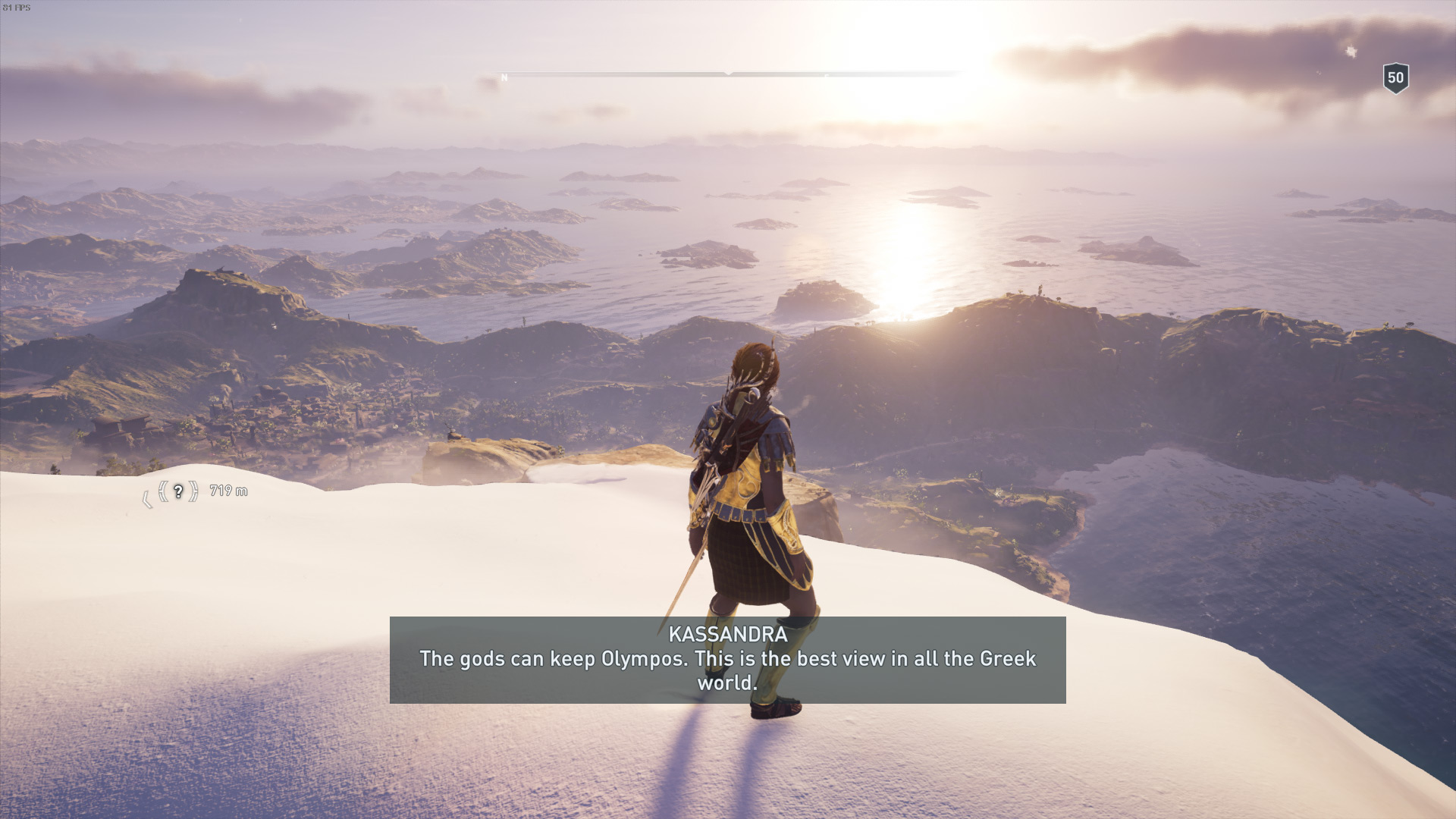 Headlining the gauntlet is Assassin's Creed Odyssey (sorry, no Red Dead Redemption 2 on PC). The latest release in Ubisoft's keystone franchise now takes us to ancient Greece, and the sights from Sparta’s streets to the heights of Mount Taygetos proved quite challenging for the ROG Zephyrus M. While it can run the game on Ultra this was only for passing the 30 FPS mark; we had to tweak our settings to a mix of High and Medium to average above 60, owing to the sheer scale and detail of this open-world game. 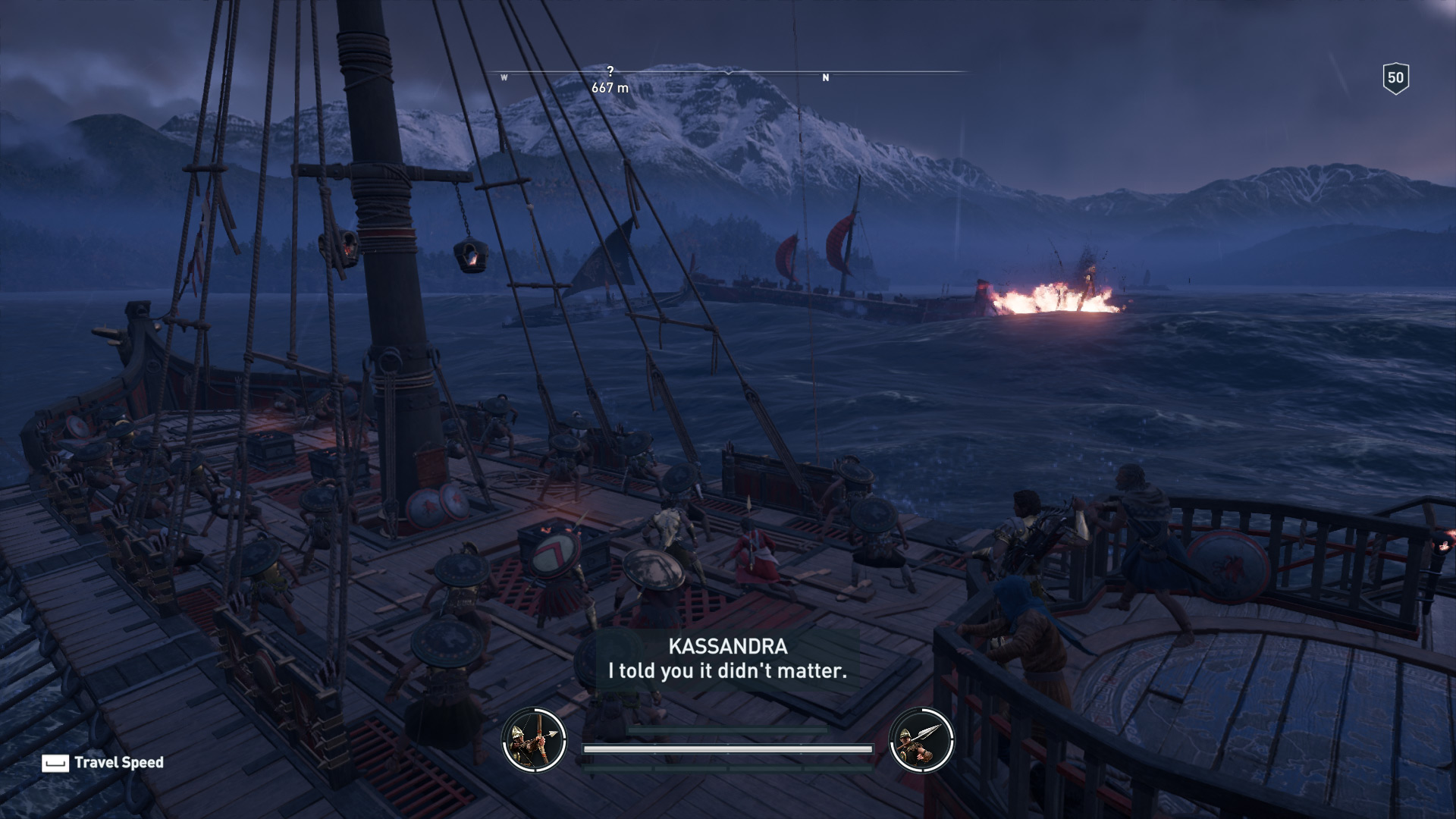 New to Odyssey are conquest battles between the Athenian and Spartan forces, ones where our starring hero may leap in. These larger melees, together with the naval sections, brought the framerates back down into the 50s range. While it didn’t mar our overall gameplay experience, it did put the notebook’s limits into perspective.

Related Reading: Review: A tale of blood and sand in Assassin’s Creed Odyssey 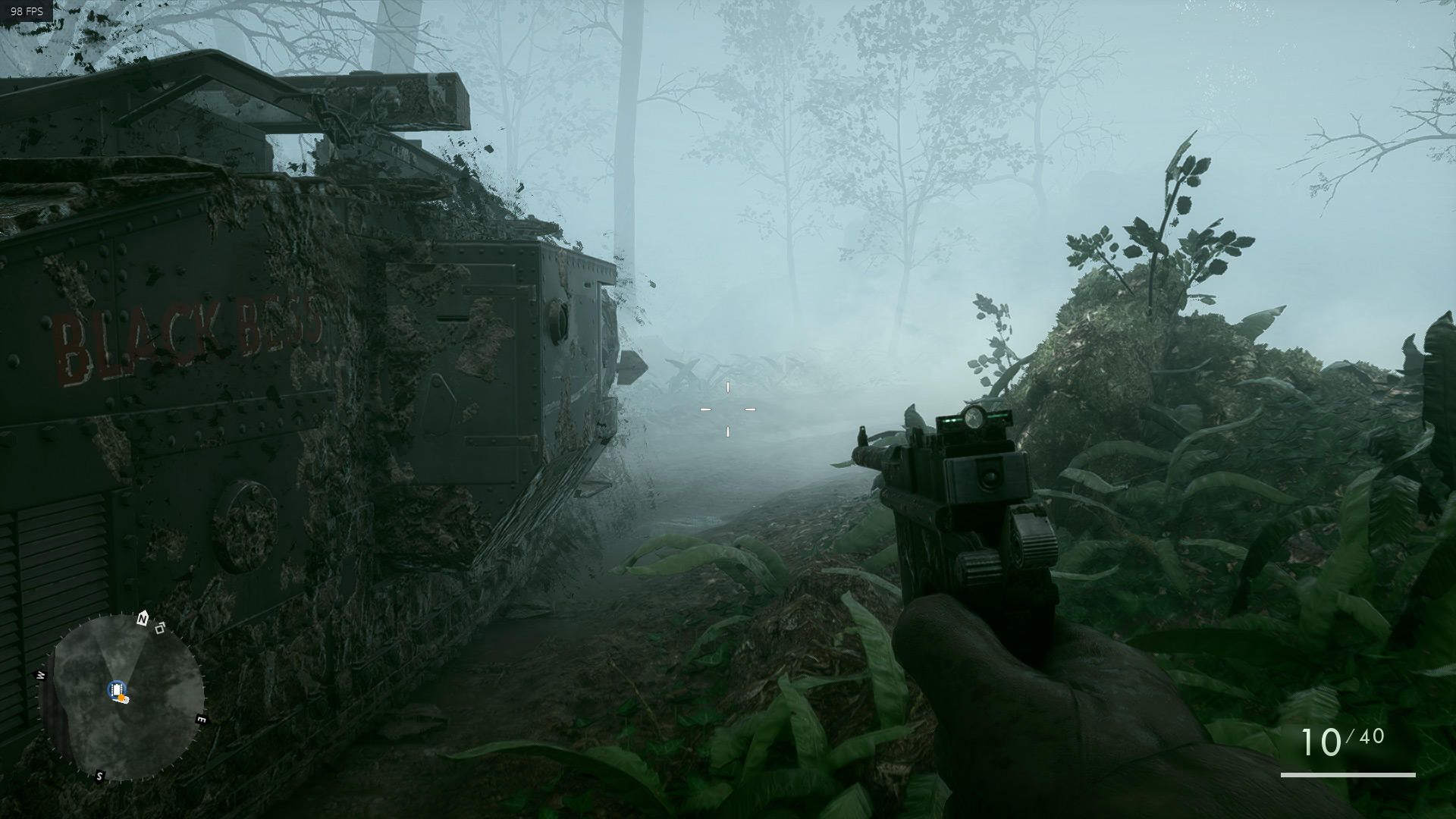 Since Battlefield V isn’t out yet we’ve had to rely on its confusingly named predecessor, Battlefield 1. It may be an older game but the untouched and war-torn landscapes of World War I are still a grand sight to behold -- the single-player campaign looks absolutely stunning on Ultra. It capably ran above 60 FPS, whether we were slogging through mud with Daniel Edwards in his British Mark V or having Zara Ghufran fly past the dunes on horseback. The graphical quality took on a lesser polished sheen in multiplayer, but it was still no less impressive. Skulking through the fog and poppy fields of Rupture were incredibly tense as we strained to sense movement ahead – was that an innocent tree or a dangerous silhouette? Hit the ground and slam the Q key anyway. Similarly, dancing past lead, fire, and gas in the Ballroom Blitz castle was a flirtatious tryst with the reaper, voice-comms devolving into utter chaos amid that urban hell. Through it all, the ROG Zephyrus M had no trouble keeping our framerates in the green. 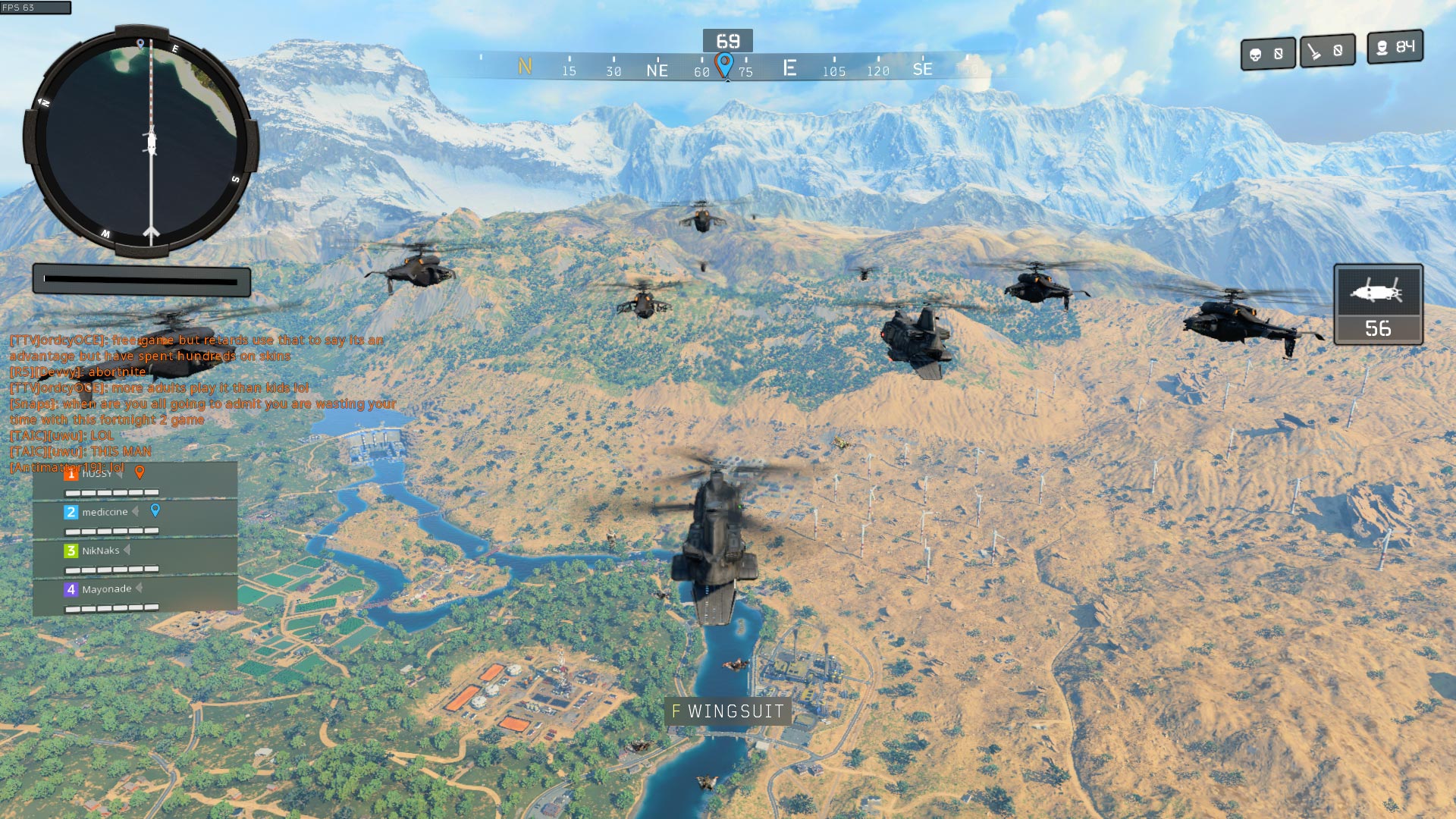 Activision's first-person shooter isn't the most visually demanding of games, so the ROG Zephyrus M performed admirably throughout. Set to Very High and High across the graphical settings board, including maxed view distance, we were averaging between 90-110 FPS across the different multiplayer modes

Fights in the urban Payload stayed by that upper limit for the series' trademark running-and-gunning, making for smooth slides and snappy gunfire when surprising bomb-planting sneaks. The framerate only dropped on maps such as the snowy Icebreaker, as the visual filters and underwater section plunged those numbers to the low 80s. 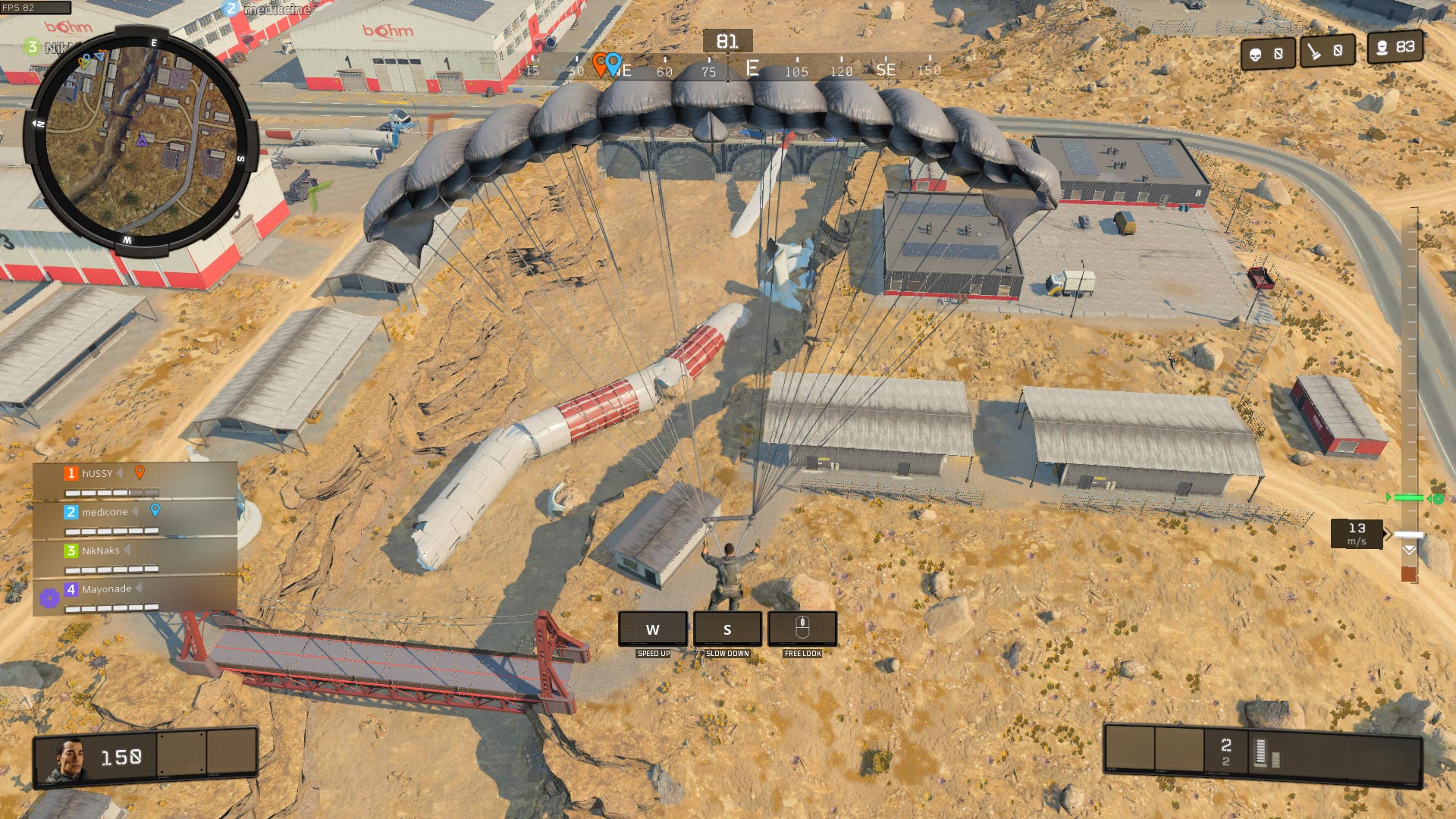 We saw similar results playing the Zombies mode in the IX and Blood of the Dead maps, the FPS gradually dropping as the undead swarms multiplied. Unsurprisingly, the biggest test came with Black Ops 4's new Blackout mode -- developer Treyarch's take on the current battle royale craze. Playing on a much larger map with more players translated to some framerate sacrifices, though again, it never dropped below our 60 FPS threshold even while gliding in.