The HTC One M8’s interface is pretty straightforward with various modes for users to choose from, such as HDR, portrait or landscape modes. The One M8 also comes with a manual mode, which lets you adjust the white balance, ISO, shutter speed and even a manual focus option. The relevant shooting mode settings are arranged in the usual vertical scrolling list, which would prove familiar for all users. 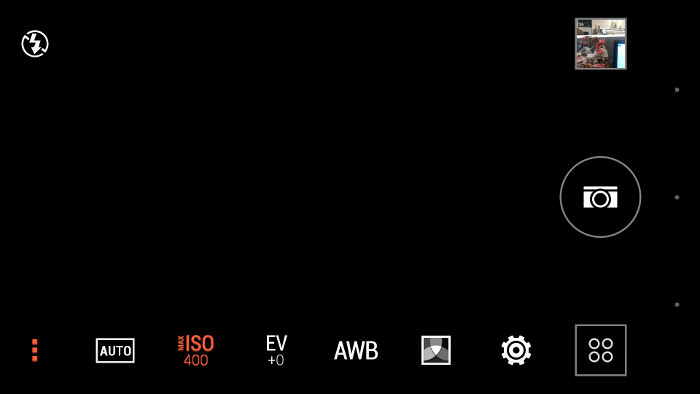 Due to the extra sensor in the One M8, the camera is able to defocus your background based on the information captured. The ability to defocus the background is provided as an option when you edit your shot, making it easy to achieve the effect as well as greatly improving the speed of capturing photos. This is better as opposed to the slow photo taking experience on both the Samsung and Sony phones to achieve this same effect. More photo taking experience and examples are relayed in our review of the HTC One (M8) where we talk about imaging software usage. Unfortunately, there's only so much a 4MP sensor can offer in terms of imaging quality and this is the phone's only sore point. 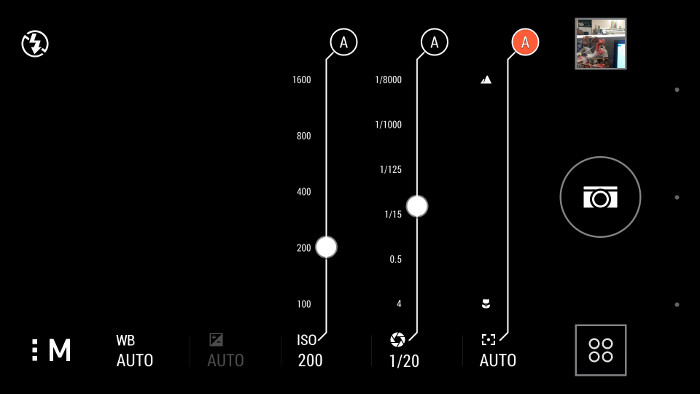 Instead of following the usual drop-down or tabbed menu interface, the Galaxy S5 fills the entire screen with boxes so you can see many of the options available at a glance. Users who prefer a more hands-on approach will be disappointed as the Galaxy S5 does not feature a manual mode, and even the number of shooting modes seem awfully restrained according to Samsung’s usual standards. 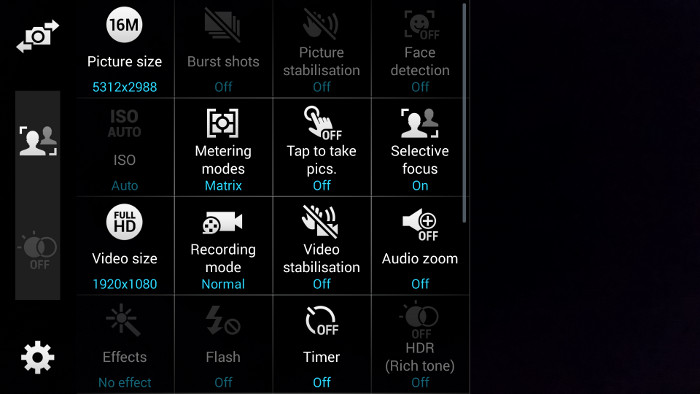 There’s a panorama mode, burst shot mode and a portrait mode but we reckon users will probably spend the most time shooting in Auto. Auto mode does have a selective focus option, which lets you blur the background for a shallow depth of field effect. Here's an excerpt of its selective focus functionality in our review of the phone:-

Like the Xperia Z2 and the HTC One M8, the S5 camera also includes a faux bokeh mode, which will artfully blur the background of a photo for a shallow depth of field photo effect. Samsung's Selective Focus seems to have a few more restraints than either the Z2 or HTC One M8, and the mode warns you that the subject in focus should be less than 50cm away, while the background should be at least three times the distance. Once you've done the math, you can set up your shot, by pressing the selective focus button at the top of the camera app. Like the Z2, the S5 will then take two shots at different focal lengths.

For more experiential findings, check out our imaging experience conveyed in our review of the Samsung Galaxy S5. In nutshell, while the effect is easy to achieve, your results may vary depending on the situation. 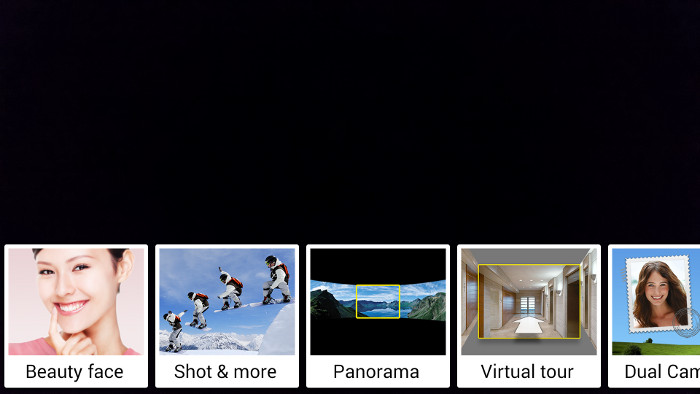 The Sony Xperia Z2 offers an Auto mode as well as a manual mode for those who like to tinker with their settings. The camera also has other video recording modes in addition to the standard video capture, such as the ability to capture 4K video and the option to create looping, six-second videos similar to those found on the social network, Vine. 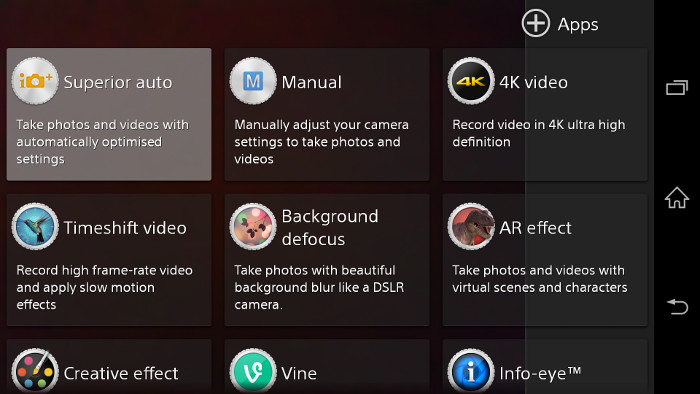 Settings for the camera are arranged in a tabbed format, but our main issue with the various preset modes was the amount time it took for the Xperia Z2 to apply an effect or save a photo. It seems the other modes are opened as a separate app outside of the camera app, and this causes the phone to slow down. For example, when shooting in the background defocus mode, it takes a while to apply the defocus effect, and then you will have to wait a few more seconds to save the image. You can read more about our experience in our review of the Sony Xperia Z2. 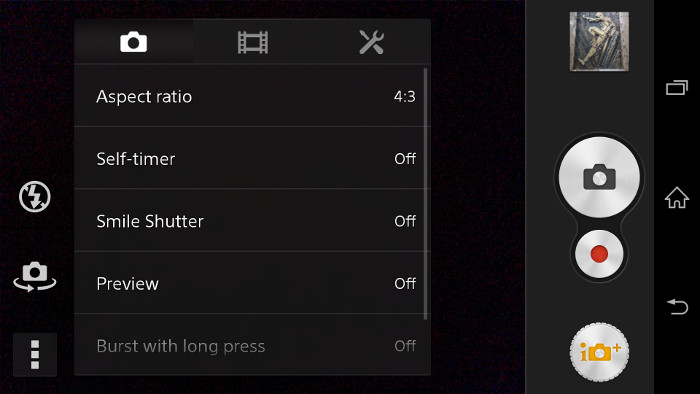 Overall, while all three phones implemented a slightly different presentation of their controls and functions, none were particularly outstanding and choosing one would pretty much come down to personal opinions. From our usage and observation, HTC One (M8) seemed to offer the cleanest interface with the most number of creative functions. Sony's Xperia Z2 was straightforward, but adding creative effects is a chore. Samsung's Galaxy S5 works adequately for most needs, though a cleaner presentation of options would improve it.