Call of Duty Feature: Here's what Sledgehammer will (or won't) be bringing into Vanguard from WW2 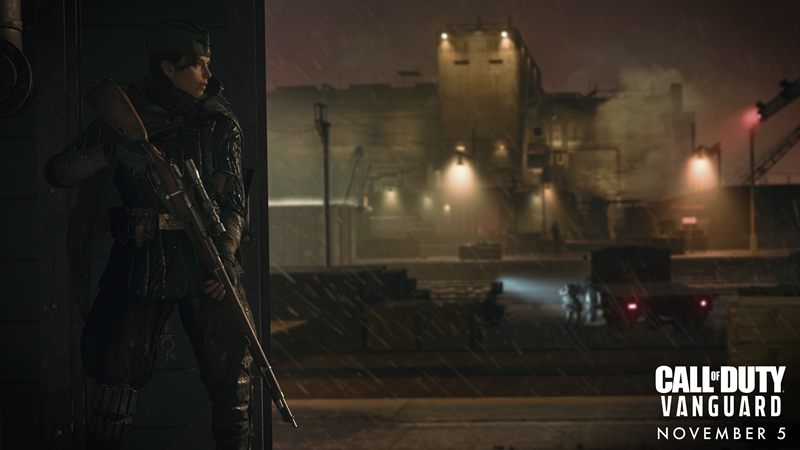 Honestly, it doesn't matter whether you're in charge of a Roman legion, a futuristic armada or in this case, a bunch of soldiers in a world where WW2 never ended - failing to scope out the battlefield before sending in your main force is a definite recipe for disaster. Deploying a team of scouts to conduct a little reconnaissance work is usually a good first step, and that's what we're here to do today.

Of course, we'll need someone to lead this metaphorical advance party for Call of Duty: Vanguard, and we just so happen to have some "officers" from Sledgehammer Games. In fact, there are three of them, namely Studio Head Aaron Halon, Campaign Creative Director David Swenson, and Game Director Josh Bridge. We managed to slide in some time for a short mission briefing recently, so let's check in with them. 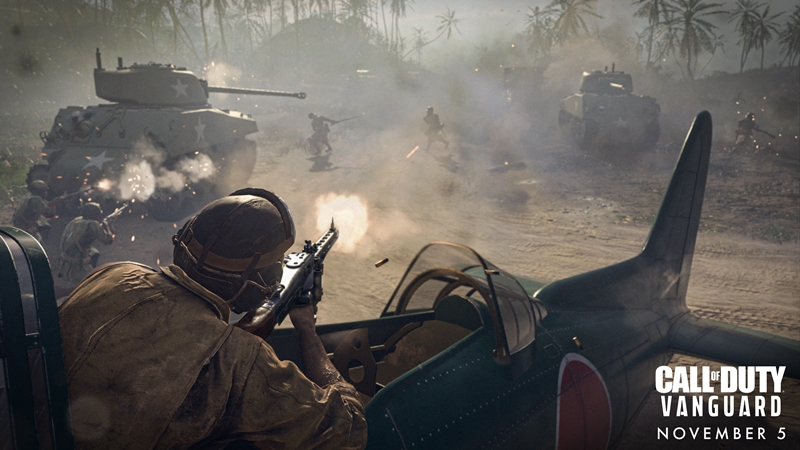 Given what information we currently have on Vanguard, the only thing that's chronologically set in stone is that it takes place in a world where WW2 never came to a close like it did in proper human history. Accordingly, that just brings one overarching question to the surface - how might Vanguard be connected to Call of Duty: WW2? After all, the inspiring narrative of brotherhood the studio weaved around Daniels and his comrades would make an excellent scaffolding for Vanguard, and it would be amusing if Sledgehammer just decided to toss all of that out the window.

Well, as a matter of fact, that's what they had to do, though it doesn't mean they aren't taking any pages out of that experience. According to Bridge, it was largely a matter of coherence.

"Although we love the story that was told with Daniels and the band of brothers in the Western Front, we’re super excited about these new characters and new fronts, and also to go after the birth of Special Forces – anything beyond that felt like we’d be forcing it to happen."

Building on Bridge's point, Swenson also weighed in, though some might consider his input a mild spoiler of sorts. Specifically, he highlighted that despite both Vanguard and WW2's narratives unfolding in what is arguably the same time period, players won't be "retreading the American squad landing or fighting across France,". Because of this, the former's narrative won't be restricted by mere geography, allowing players to "go to different parts of the world and experience the campaign from other perspectives.". Additionally, he also shared that players would definitely get to experience a reimagined Pacific Theatre, and Bougainville Island within the Solomon Islands cluster has already been confirmed as a mission location. 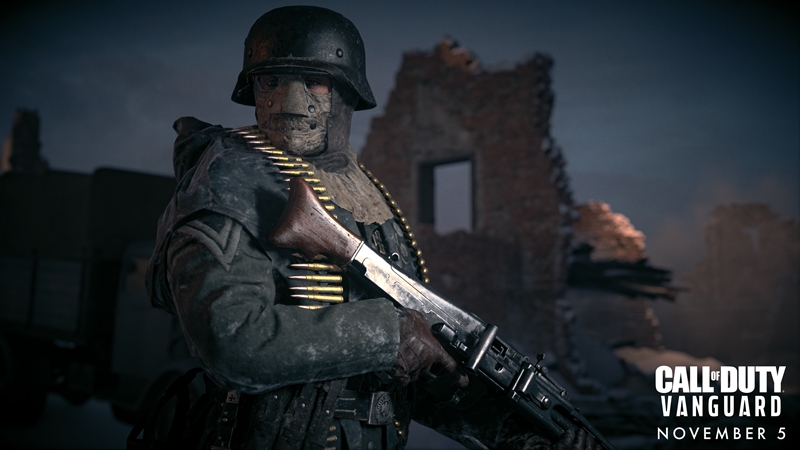 In terms of its storytelling, Vanguard will apparently feature four different protagonists, though as Swenson confirms, all of their experiences will be condensed into one shared narrative. However, when quizzed on how long the game is expected to take from start to finish, all he would say on the matter was that it depends on how quickly or slowly a player wants the story to move, though in general the narrative's length is reportedly similar to WW2's.

Still, what good is a narrative that isn't well-presented? Fortunately, Bridge says that cinematic aren't going to be a problem. According to him, powerful and realistic cinematic are an aspect that is fundamentally ingrained into the game's identity, and as such the team is making sure that everything is going to look just like that of a Hollywood A-lister.

That is part of the core DNA of the game – really trying to get that filmic blockbuster feel. You really get that sense of immersion, really pushing the visuals, to make sure you’re wow-ed and feel like you’re there. From a gameplay point of view, there are points in the campaign where you're left to your own devices and it's more open for the player to be clever and try to survive. Then there are moments that are more focused, and those moments have to happen because the story needs to move forward. We love that balance, that opportunity to feel choice, but also still have those big wow moments.

But aside from gorgeous cinematic and a deep, well-fleshed out narrative, what else can we expect from Vanguard? Well, a wider array of tactical options is one of them. In terms of gameplay, the recent teaser showed a character being able to lean against and peek out from behind a wall to fire at enemies, and according to Bridge, that's just one of many new gameplay features that they'll be introducing into Vanguard.

"We invest a lot in the moment-to-moment feel of gunplay, and what we want to do is have more tactical options. When you're playing the game, you obviously want to avoid being shot, and take cover, so we have evolved this to something we call moving mounts – where you can mount onto horizontal surfaces and slide around and shoot, as well as mount on vertical surfaces, so you can peek and shoot around. We like it a lot and find that it adds that other layer of choice in the moment-to-moment for players, whether in campaign or in multiplayer." 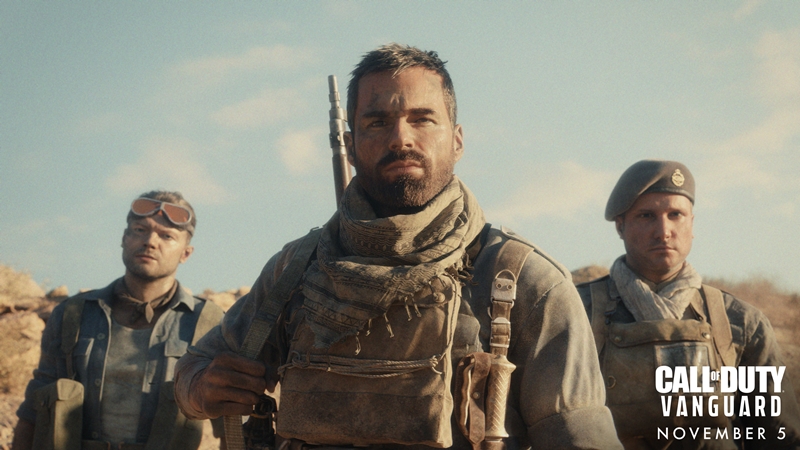 By now, it should be quite evident that the underlying theme supporting many of the game's aspects is realism, even if the narrative is fictitious. However, fiction or not, there are things that you can't just pluck out of thin air, toss into a game and call it a day. The themes that are portrayed during times of war understandably possess great emotional and historical weight, so how did the team go about drawing inspiration from these conflicts and respectfully incorporating them into Vanguard?

As a baseline, Bridges shared that many of them were already big fans of the era and its historical significance, and expressed that their common passion for the topic led them to discover "something new here that just hasn't been delivered before." Of course, he still acknowledges the importance of the lessons that we can learn from the actual war, and confirms that despite the differences in storytelling, Vanguard at its core "still honours and respects the era and the battles."

As for how the team went about building their partially-fictitious world, Swenson apparently had a lot to say on the matter, and it was hard not to notice the passion that spilled out while he explained the development process. Amusingly, not only did he second what Bridges shared about many team members already being fans of the topic, but even provided some interesting examples from the office!

We’re really fortunate to be a team full of passionate developers. So many members of the team are huge WWII enthusiasts. You go into various individuals’ offices and you can see that – one of the sound guys just has books and books and books about WWII all lining the walls, so there are a lot of passionate developers on the team. We’re also fortunate to have partnered with lots of amazing consultants, and it’s really important to have these partners because we wanted to be accurate. We wanted to be authentic. We didn’t want to just jump on the Internet and find quick answers that may or may not be right; we wanted to make sure we were right.

What's next for Sledgehammer? 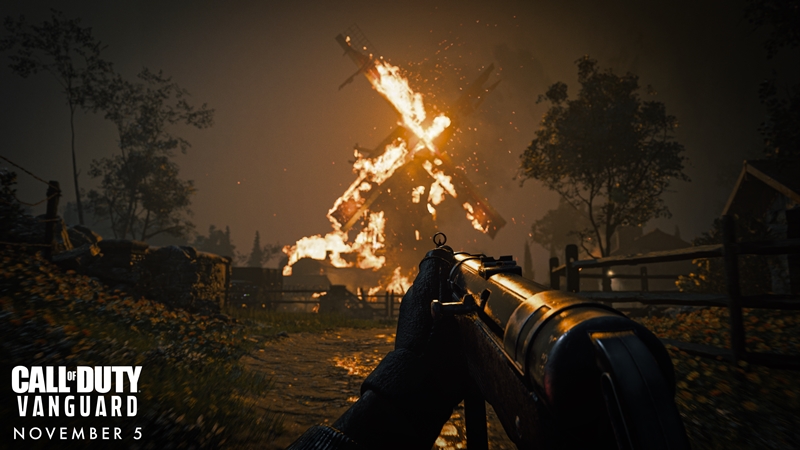 So, yes - it's about making the experience feel as real as it can be, and frankly, the amazing work they did for Daniels' and his squad in WW2 should already say as much. Of course, it goes without saying that we hope the finished product will absolutely blow us away both in terms of gameplay and storytelling, but what else does the studio hope to accomplish in terms of game development in future? After all, a studio without a proper end-goal for itself is like a ship without sails.

To that end, Halon stepped in to address what the team means when they reference "The second era of Sledgehammer", and he says it's all about continuously improving your craft and evaluating your progress along the way, especially if you've already been on this trail for more than a decade. Naturally, they're proud of what they've achieved at the studio, and Halon gives due credit to the one thing that's made it all possible: the team.

"I think that for a lot of development teams, after you do things for over ten years, it’s always healthy to reevaluate where you’re at, to relook at your future, and to kind of plot out of vision for what you want to do. That's something that we're really proud of at Sledgehammer. We’ve focused a whole lot internally on our teams and on our talent, and it’s really led to where we are today. We couldn’t be more proud of Vanguard and how the game has come together and we can’t wait to share more of it."

At this point, it's as he says - we can't wait to see how the full game looks, feels and of course, plays when it releases on 5 Nov. We're already queuing up (mentally) to play it, and as always, the wait is often the most painful part about a new game, though some things just can't be helped!