With so many choices on the market, now’s a good time as any to replace your aging printer. But not all models are created equal; some offer faster print speeds while others offer better print quality. And with all the different printing technologies available, it is definitely a difficult process to select the best one for your needs. It doesn't help that all printer manufacturers claim to have the fastest print speeds and best print quality. So how does the average consumer cut through all the smoke and mirrors?

Unfortunately, as much as we would like to have a printer that does it all, we hate to break it to you that there's no perfect printer. You will need to identify your needs in order to select a model that is most suitable for you. But before we start considering the options let’s take a look at the various types of printers first and the tech involved.

Inkjet printers are popular among home users due to their smaller footprint when compared to LED and laser printers. Inkjets also offer versatility due to their ability to produce good photo prints and acceptable text quality. They are able to print on a large variety of print media such as banner-sized media, cards, and iron-on transfer papers. However, the ink for inkjet printers can be costly. Some models also produce fuzzy text and grainy graphics, which may be fine for home use but is unacceptable for an office document. While business-oriented models are quicker than their home counterparts, inkjet printers are generally slower than laser printers. 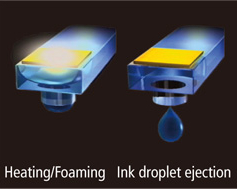 Inkjet printers are able to blend colors smoothly for better photo prints but the type of ink used will also affect print quality. Dye-based inks, which are colored liquids, produce better blending of colors and are therefore better at photographic prints. Pigment-based inks, which are liquids with particles of color suspended in them, produce cleaner and more precise text, though the blending of colors is not as good as dye-based inks. While home users and smaller offices can manage with a business inkjet printer, the most common printers found in offices are laser and LED printers. Laser printers typically offer speed and text quality advantages over inkjets, which is important in an office due to the large number of print jobs and copies produced daily, and the types of documents printers (you know, important business documents, like contracts and statements).

Both laser and LED printers use light to draw the image onto a rotating photosensitive drum or belt. The main difference between an LED and a laser printer is the light source used. Laser printers use a laser beam which is bounced off a moving mirrored surface to reach the drum. There the beam creates a static charge which will attract toner, which is then transferred from the drum onto the page via a quick baking process. During the printing process, the laser scans across the page in sequence, line by line. Laser printers come in four categories: monochrome, single-pass color, four-pass color, and solid ink.

The most common model found in offices is the monochrome laser printer, which produces sharp black text that most inkjet printers cannot match. Color laser printers are suitable for those who need to occasionally print colored graphics in addition to the usual black-and-white documents. While the photo print quality of color laser printers have improved tremendously in recent years, it is still not as good as the best photo inkjet printers.

Single-pass color laser printers feature four lasers that draw images on a page for all four colors simultaneously, which results in a page having to pass through the printer just once. A four-pass color laser requires paper to pass through it four times, with the laser drawing a separate image for each of the four colors each time the paper passes through the printer. Four-pass color models are quite uncommon nowadays, with most being older models as well as lower-end models. Due to the fact that paper makes four passes through a printer in a four-pass color laser, it takes four times as long to print in color as in monochrome. A single-pass color laser printer prints at the same speed for both black and white as well as in color. That said, they can be more difficult to maintain since they have four separate toner colors and four separate drums. This also makes the printer larger and heavier. 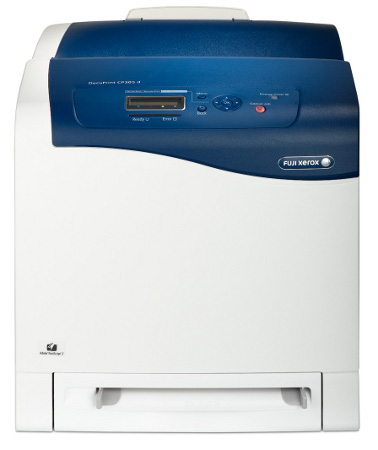 Similar to a laser printer, an LED printer utilizes toner and a rotating photosensitive drum to print. But while laser printers use a laser beam to sweep across each line of the page to apply the static charge, LED printers draw the image one entire line at a time by flashing an LED array. Inside an LED printer is a stationary array of minute LED lights that flash at different times to create the image. Since there are less moving parts, LED printers are more reliable than laser printers over time. They are also smaller and lighter so they appeal to those working in smaller offices. LED printers possess the same advantages and disadvantages of laser printers. 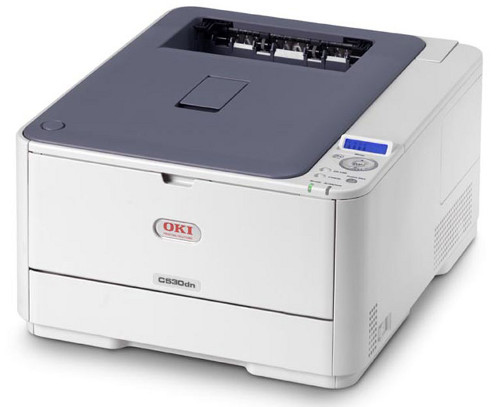 A dye-sublimation (dye-sub) printer is less common than an inkjet or laser printer due to its specialized use. A dye-sub printer uses a print ribbon that contains four sections of different colored dyes to print. During the printing process the medium and the ribbon will be moved under a thermal printing head, which uses minute heating elements to change the temperature and heat up the dye. In order to vary the amounts of dye being applied to the medium, the print head will adjust the heat accordingly. The dye is heated into a vaporous form, leaves the ribbon and finally solidifies onto the medium. This process is repeated four times in order to get all four colors onto the medium to form the completed image. Other printers use dithering, which is a method of using closely-grouped colored dots to give the illusion of being another color.

Dye-sub printers, however, mix pigments to get the actual color for better color accuracy, continuous tone, and resolution. A dye-sub printer can mix pigments to get a dot of specific color, while printers that use dithering will need four dots to achieve the same "color", so a dye-sub printer has better resolution than one that uses dithering. And since the pigments sublimate into the paper instead of being sprayed on as little dots, the edges of each pixel are diffused, giving photographs a natural look. 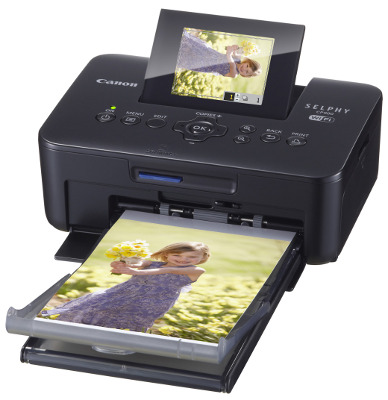