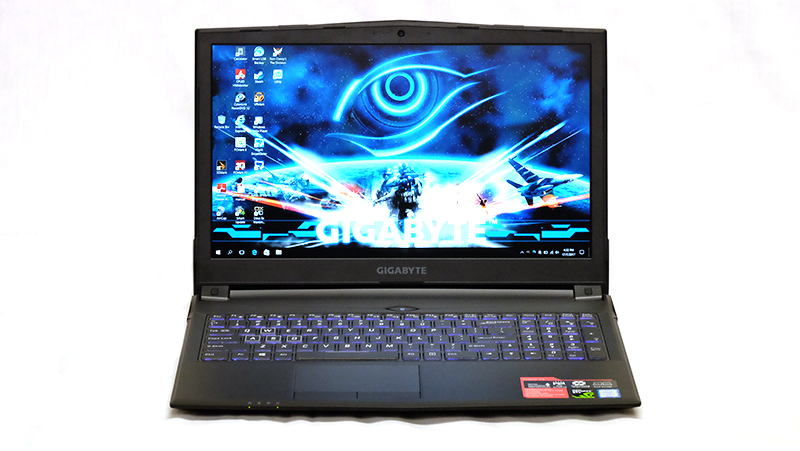 As it turns out, Gigabyte’s Sabre 15 is more or less the same laptop as the Aftershock MX-15 Elite. They’re both based on the same Clevo reference model, and save for some minor stylistic differences – a slightly different finish and keyboard lettering, among other things – they have the same keyboard layout and port arrangement.

This means that most of what we said about the MX-15 Elite applies here as well. It is plain and functional, although its spartan aesthetic may not appeal to everyone.

At S$1,799, it’s also slightly pricer than than MX-15 Elite, likely because of its larger 16GB of RAM. The extra memory won't make a large difference in games, but it may help with performance in memory-hungry tasks, such as when you’ve got a huge amount of Chrome tabs open, or when you’re editing photos.

The keyboard offers similar features and the same Control Center software as the MX-15 Elite, and you can customize the lighting color in three independent zones and bind macros to individual keys. The typing experience feels good as well, with decent travel distance and nice feedback. 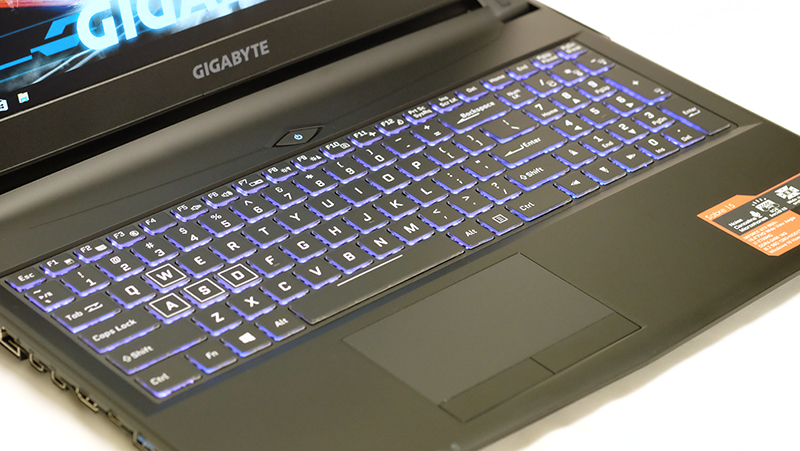 That said, one design quirk that’s present on both the Aftershock and Gigabyte laptops is the placement of the keyboard backlight button. The button to increase the brightness level is located below the one to decrease the brightness, and the counter-intuitive positioning takes some getting used to.

The Sabre 15 also shares very similar internals to the Aftershock MX-15 Elite. The same four heatpipes are used to keep the CPU and GPU chilly, and the Sabre 15 generally runs quite cool and quiet as well.

As on the Aftershock laptop, the Gigabyte’s display isn’t the brightest either, and you’ll have to pump it up close to 100 per cent brightness for the best experience. The screen also appeared to have a noticeably cooler bias, although it’s nothing overly bothersome. 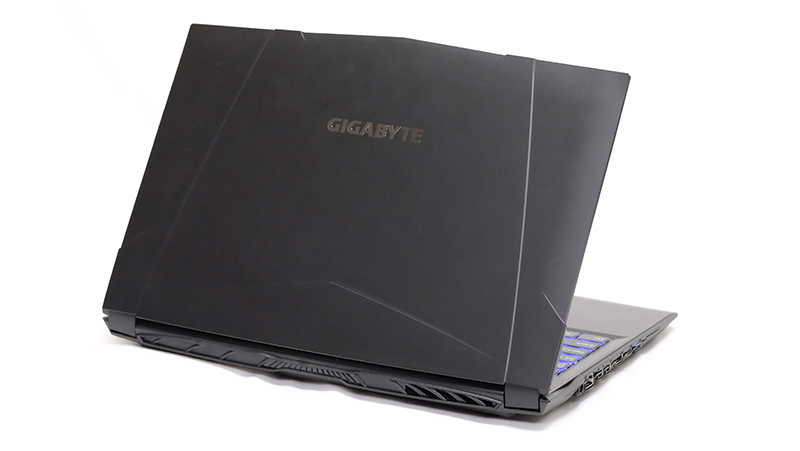 When it came to audio quality, the dual speakers at the front failed to impress, and the Creative Sound Blaster Cinema 3 enhancements didn’t seem to do much more. Of course, this is pretty much par for the course for laptop speakers, such that it’s more of a surprise when a speaker turns out to be good rather than bad.

On the left, you’ll find two Mini DisplayPort and one full-sized HDMI output that supports up to three external displays at the same time, a useful inclusion for anyone planning to work with such extensive screen real estate. 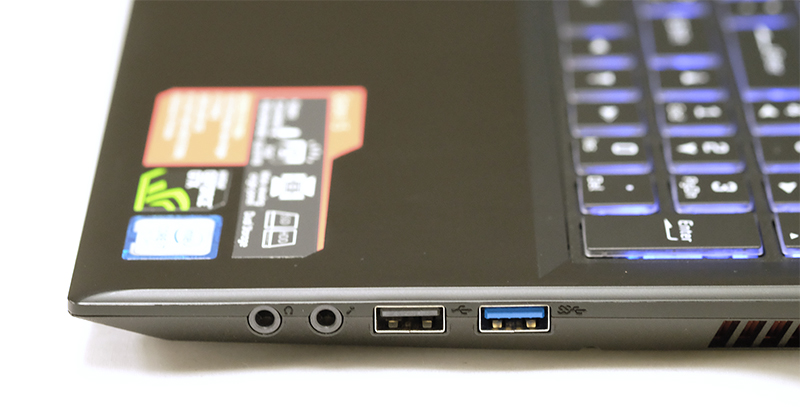 To cap things off, the 47Wh battery is removable as well, so you can leave it hooked up for hours on end. 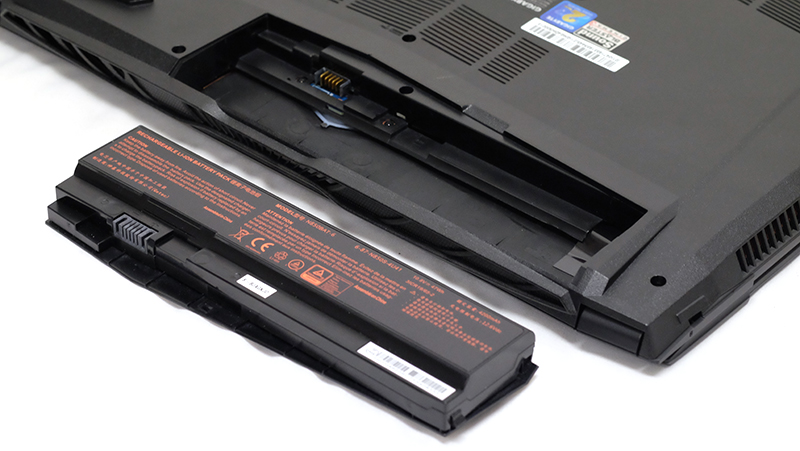 Both the MX-15 Elite and Sabre 15 are fairly chunky and heavy notebooks at 2.5kg. They’re not the most portable devices around, but that’s a tradeoff you’ll have to make at this price range.