At a press event held earlier today, Brother International Singapore unveiled 11 new products for its laser printer, laser fax device, and document scanner lineups. The new printers and multifunction devices target business and heavy fax users, while two of the new scanners target mobile warriors who need to scan documents while on the move. Here are some highlights of the new products.

Of the three scanners launched today, the DS-600 and DS-700D are mobile document scanners. The DS-700D is the bigger and heavier of the two (603g vs. 315g), but it has the added advantage of being able to scan both sides of a page at once. It also scans faster, 10ppm (pages per minute) compared to DS-600's 5ppm for mono. For color scanning, both are neck-to-neck at 3ppm. Optical scan resolution for both is also tied at 600 x 600 dpi. In addition to paper documents, both scanners are able to scan business cards, as well as thicker laminated material such as ID cards. And since power is drawn over a USB cable, there’s no extra power brick to deal with. The OCR software of choice for both scanners is the NewSoft Presto! PageManager. 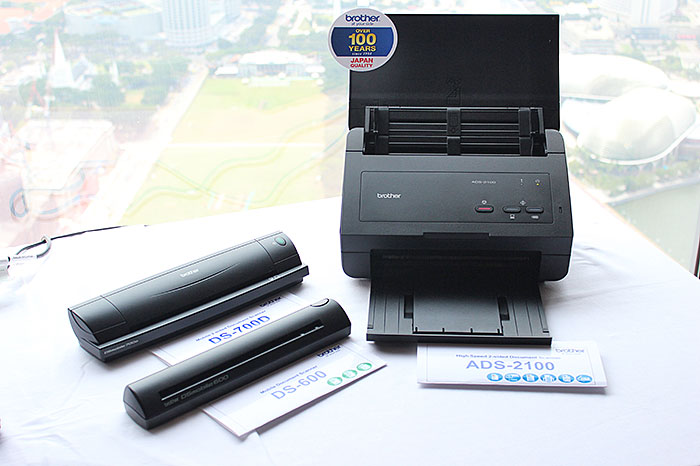 The third scanner is the ADS-2100. At first glance, this all-black desktop scanner reminded us of an inkjet printer or a fax machine with its top sheet-loading tray and bottom output tray (both rated at 50 sheets). It’s also capable of duplex scanning in a single pass at a rate of 24ppm. Another key feature is its ability to scan directly to a USB drive. Bundled software include Nuance PDF Converter Professional 7, Nuance Paper PortTM 12 SE, BizCard, and PageManager 9 SE. 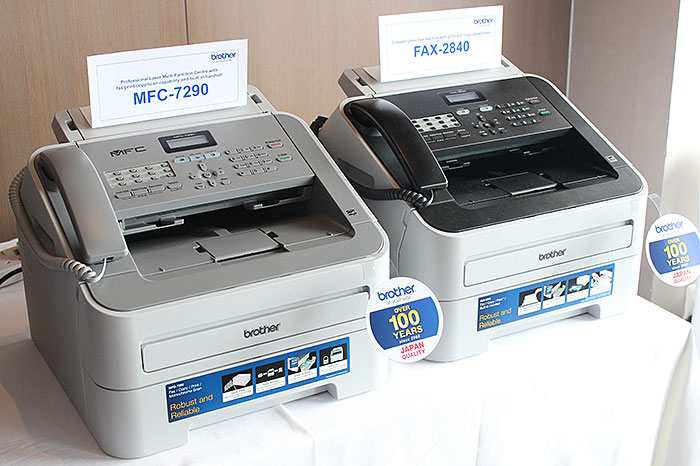 Double-sided printing comes as standard for all six printers, and to keep up with the times, with the exception of HL-5440D, the new devices allows you to print from your mobile devices, either through Brother’s iPrint&Scan app (Apple App Store link, Google Play store link), or via Google Cloud Print and Apple AirPrint. For the HL-6180DW, HL-5470DW, and MFC-8910DW that come with wireless connectivity, you can also print via Wi-Fi Direct. 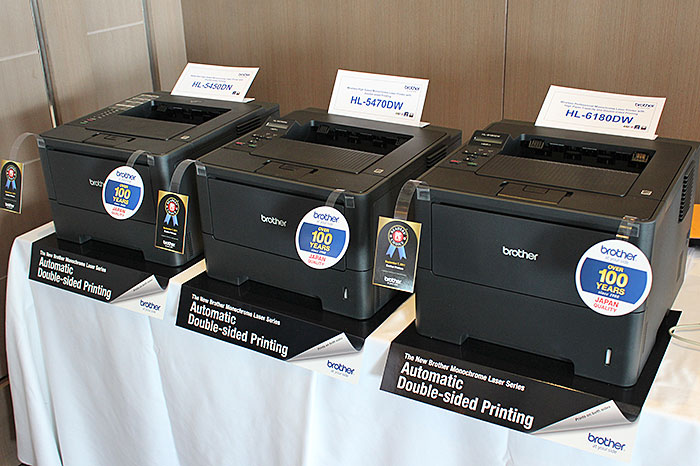 The flagship of the single-function laser printers is the HL-6180DW. It boosts a top speed of 40ppm and built-in 802.11b/g/n Wi-Fi support. It’s also the only printer to come with a gigabit Ethernet connection, and a standard 500-sheet input tray. Used in conjunction with the 50-sheet multi-purpose tray and the optional 500-sheet add-on tray, it can load up to 1,050 sheets of paper.

If for some reason you need parallel port connectivity, then check out the 38ppm HL-5440D.

Here's a quick summary of how the four laser printers stack up against one another:

Between the MFC-8510DN and MFC-8910DW, the latter is the higher-end of the two multifunction printers. On top of Ethernet connectivity, it comes with 802.11b/g/n Wi-Fi support, and is thus able to take advantage of Wi-Fi Direct. It also prints faster (40 vs. 36ppm) and has a bigger automatic document feeder (50-sheet vs. 35-sheet). We were also pleasantly surprised to find that it has a duplexing ADF. In other words, it can do single-pass two-sided scanning, copying, and faxing. 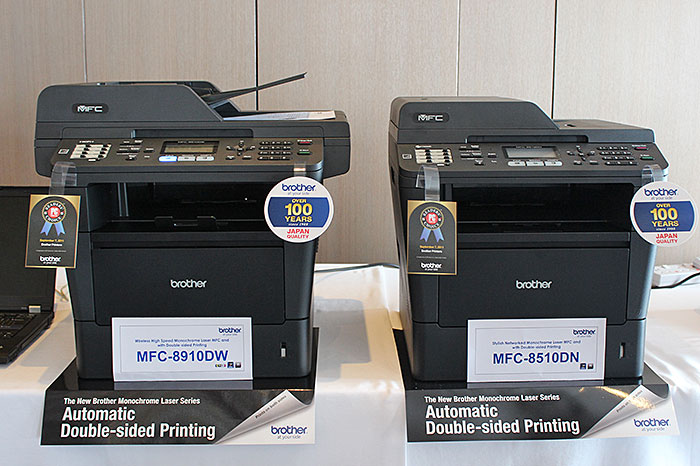 Here's a quick summary of how the two MFCs stack up against each other:

All the new devices can now be purchased through Brother International Singapore's authorized resellers and superstores, and are supported by the Brother Customer Service Center, located at the ground level of Gateway East at Beach Road.