BroadcastAsia 2011 - DVB-T2 and Other Highlights

Having adopted the DVB-T terrestrial standard with local telcos in tow over recent years, Singapore is apparently ready to test-run the next generation DVB-T2 specification. Over in the UK, broadcast services such as Freeview HD has already been deployed based on T2, while other European countries such as Sweden and Finland are also in the early phases of rolling out T2 services. On the eastern front, Asian countries such as Sri Lanka and India have also registered a keen interest in this new transmission standard apart from Singapore, to quote Mr Peter Siebert, Executive Director of DVB Project Office. Question is, in what ways is DVB-T2 better than its predecessor? We had a little chat with MediaCorp, StarHub and MDA to find out more about their T2 test configuration here at BCA. 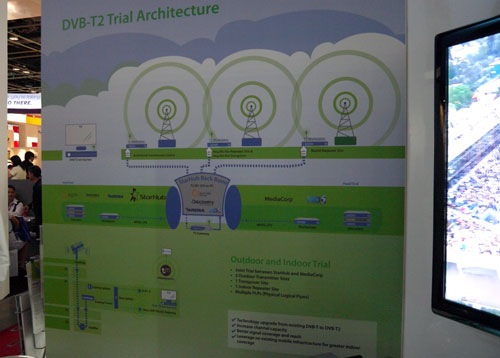 Fundamentally, the DVB-T2 protocol can be summed up as an advanced digital terrestrial transmission (DTT) standard capable of higher efficiency and flexibility than DVB-T. Due to its use of Multiple Physical Layer Pipes (MultiPLP), DVB-T2 is able to offer a higher data rate, and more importantly, capable of delivering SD, HD and 3D TV programs on a single frequency. In other words, pushing SD, HD and 3D content in a single pipe is no longer a dream. Similar to DVB-T, the T2 protocol will be based on the MPEG2 transport stream when the trial routine kicks off later this year. Media broadcasters involved in the project will include StarHub and MediaCorp. 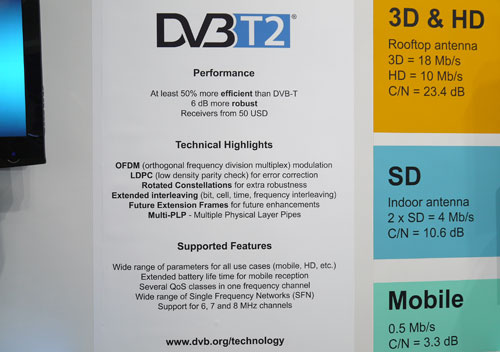 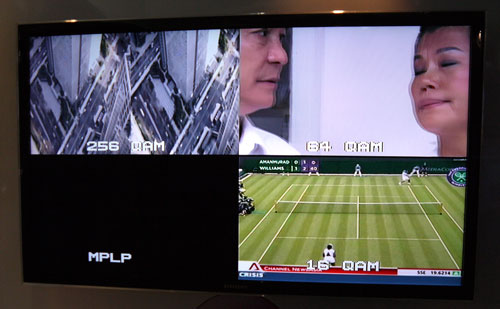 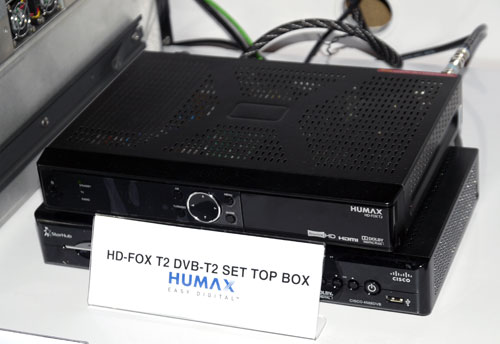 Basically, infrastructure requirements for DVB-T2 can be divided into three levels - head site (broadcasters like StarHub or MediaCorp will need a gateway to generate T2-MI packets), remote site (where modulators and transmitters are installed to modulate T2 streams), and lastly, the end-user stage, where a DVB-T2 compatible set-top box and antenna are required to receive and decode the signal. The T2-MI packets are sent over a fiber network to remote sites. For current owners of HDTVs installed with DVB-T tuners, please note that your goggle box will not be compatible with the new T2 specification. Tough luck eh? 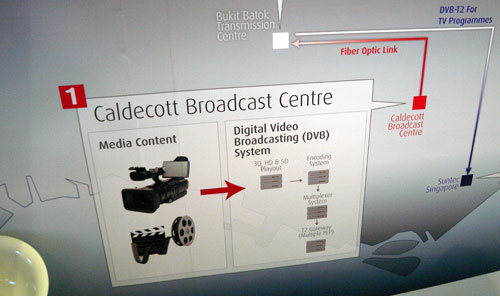 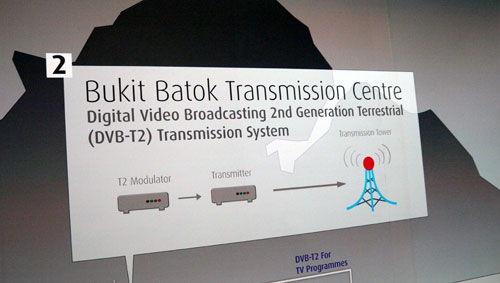 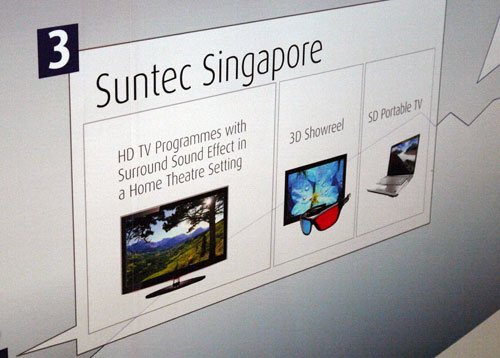