Bose launches 3 wireless home entertainment systems, including one whose speakers are nearly ‘invisible’

Bose launches 3 wireless home entertainment systems, including one whose speakers are nearly ‘invisible’ 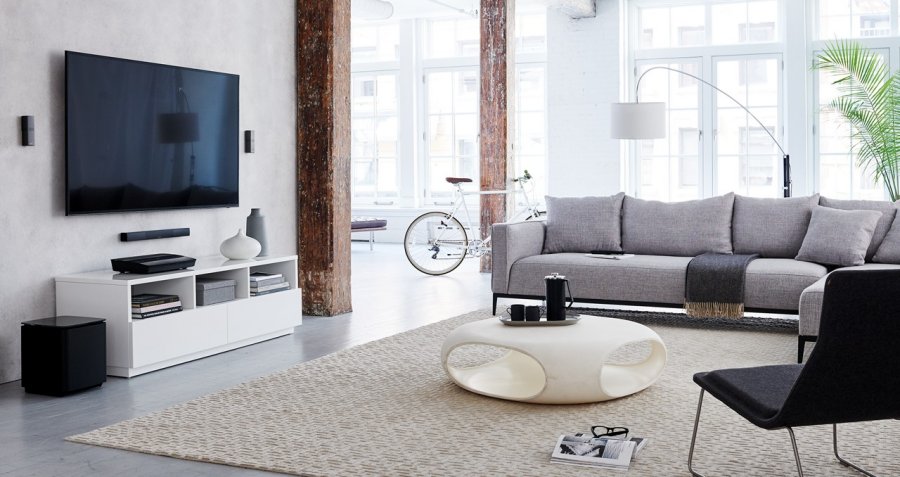 The classic Bose home theater systems have had a winning formula to impress audience with compact hardware that’s tuned to output spacious, room filling audio. Also typically known as “Wife friendly” home entertainment systems as they don’t take up much space nor spoil the home decor. For a long time now, their trademarked Jewel Cube speakers served this purpose well, but it’s now time for refresh.

The Lifestyle 650 and 600 home entertainment systems 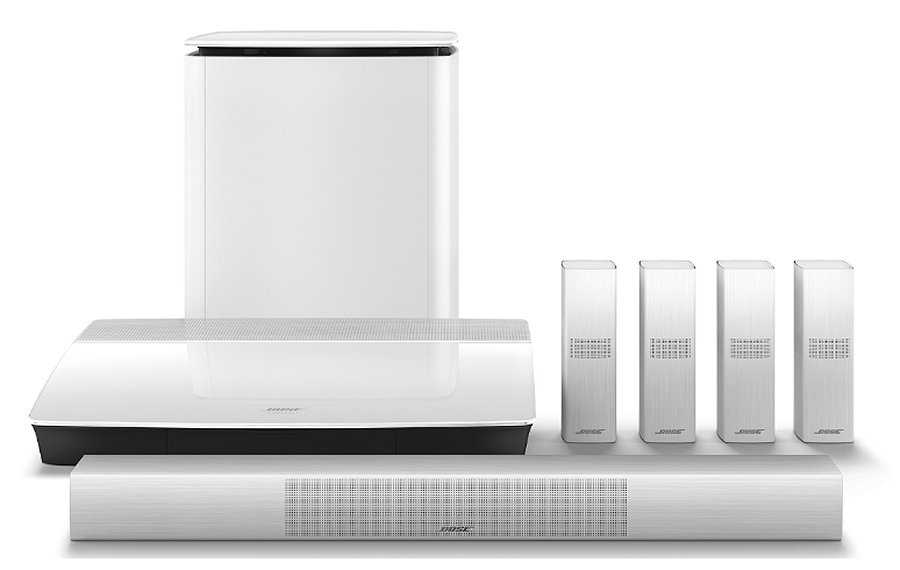 The new OmniJewel satellites are the smallest speakers Bose has ever designed and it’s exclusive to the Lifestyle 650 system. At only 4.67 x 14.66 x 4.67cm (W x H x D), it is nearly 50% less in volume than the traditional Jewel Cube satellite. By no means was the Jewel Cube large or bulky, but it’s amazing that Bose has managed to compact an already small satellite to make it even more sleek, modern and in some ways, invisible depending on your décor and speaker positioning. Besides trying to make it smaller, the new satellite is designed to deliver a 360-degree sound for a more spacious home audio experience. Bose carefully crafted the enclosure to contain dual opposing drivers, which was instrumental in delivering this. 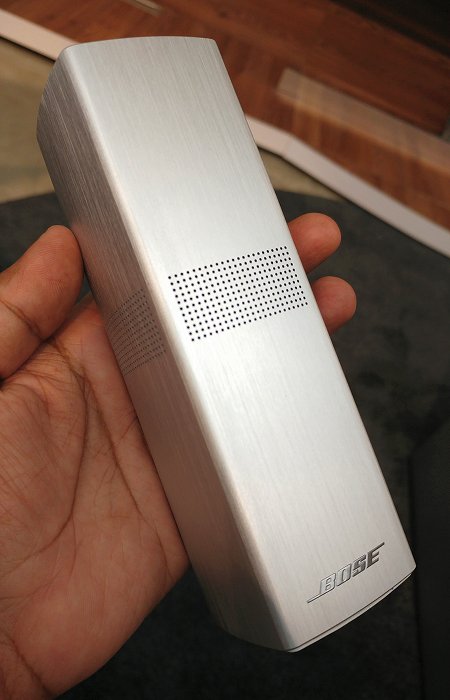 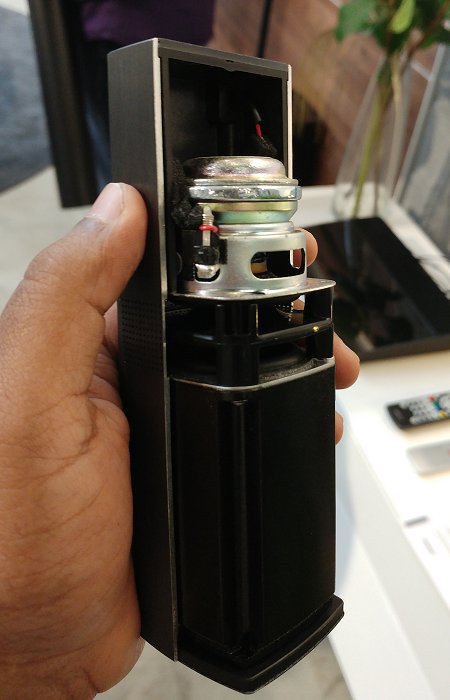 Speaking of speakers, Lifestyle 650 comes with four OmniJewel satellites (as seen above) and one OmniJewel center channel that’s a little more elongated to accommodate five speaker drivers within. The system also comes with an Accoustimass wireless bass module (subwoofer) that features QuietPort technology. What this does is to eliminate unnecessary rumbling and resonance that normally affects low frequencies for a cleaner, deeper bass at almost any volume. Coupled with more advanced DSP, it’s also able to deliver bass that you can feel at even lower volumes, contrary to what you would get in most basic sound systems where bass response is muted at low volumes.

Best of all, the Accoustimass wireless bass module is not a bulky, hulking unit that most subwoofers are, and it even has a tempered glass top to give it a premium look and feel. The main control console to follows this design cue with a curved polished glass exterior. The main OmniJewel speakers are housed in a brushed anodized aluminum and the entire system is available in two color options – black or white – a safe choice to fit any home. In terms of speaker placement, the subwoofer is wireless, and so is the rear two OmniJewel satellites with the provisioned wireless speaker receivers to offer freedom of positioning. The forward facing satellites and the center channel, however, have to be wired to the main console. 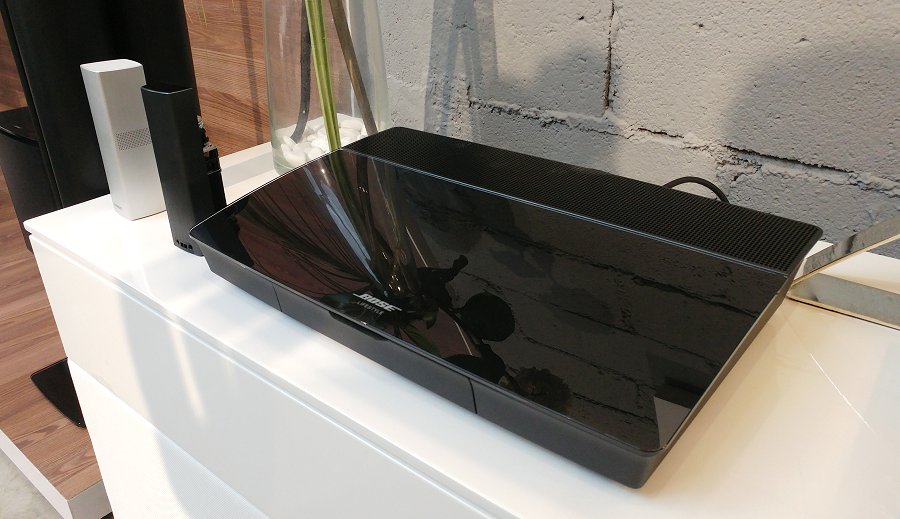 In terms of system capabilities, the system is billed as a wireless home entertainment center not only because it has wireless speakers, but also because of full wireless connectivity options through Wi-Fi, Bluetooth and even NFC pairing. Coupled with an updated and refined Bose SoundTouch app (first trialed in 2014, then in 2015), you can control the Lifestyle 650 along with multiple Bose SoundTouch friendly products and stream music through Spotify, Deezer and other music systems with precise control across all of them.

From a wired connectivity aspect, you get 6 HDMI ports with 4K pass through, one ARC enabled HDMI output port, while the other five are inputs), twin digital optical audio inputs, twin digital coaxial audio inputs, twin analog audio inputs, one IR repeater port, one Ethernet port for system updates and an USB port for service updates. The system supports decoding Dolby TrueHD (including the now popular Dolby Digital Plus on streamed video content), DTS and multi-channel PCM. Although the system is a 5.1-channel speaker system, 7.1-channel encoded content will be downmixed to support its 5.1-channel system. Video support goes up to 4K/60 and supports HDMI 2.0 and HDCP 2.2. 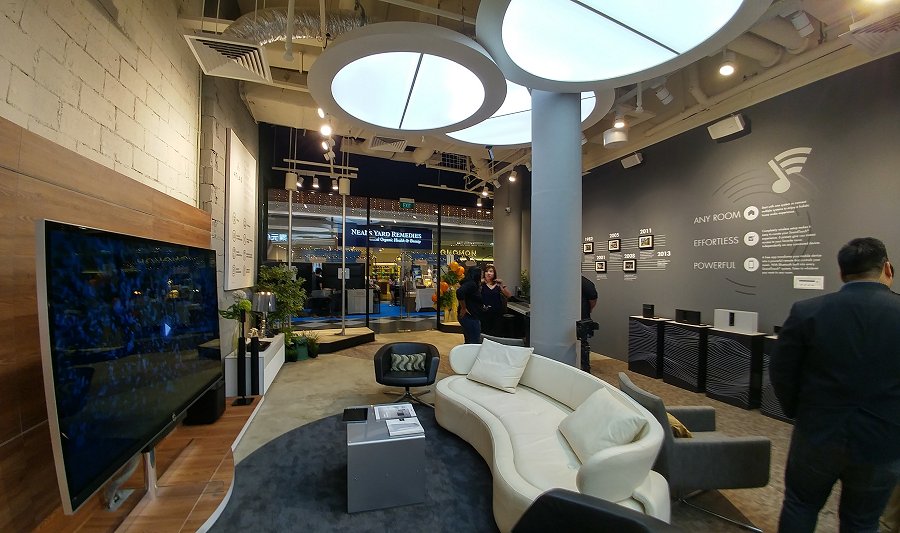 We were lucky to have trialed the brand new Bose Lifestyle  650 entertainment system as it’s available for retail with effect from today, 30th November. Our initial impressions?  The Lifestyle 650 packs a punch for its miniature size and almost ‘invisible’ satellites.

Anyone visiting your home equipped with this sound system will be surprised to hear audio that can fill the room with ease, bass that you can feel without much distortion and fairly crisp and clean audio – hallmarks of a good all round sound system, but the differentiating factor is that your guest might not even notice the presence of the sound system, and that’s the real takeaway. The system sounds best with standard home entertainment fair, serials, movies and light music ensembles that bode well with the system’s spacious and airy sound signature. Upon further listening, we did note that the system doesn’t quite handle complex audio with finesse at loud volumes as intense fight/action sequences in movies sounded a little coarse. The same goes for tricky audio pieces that have a mix of instruments and a wide variety of pitch, all in a compact sound timeline.

But we’re truly nitpicking at this stage. No single sound system can satisfy every listener and each is designed to satisfy a specific target audience. In the case of the Bose Lifestyle 650, it’s clearly made for consumers who cherish modern, minimalist design and aesthetics that can deliver sound that’s much more than what one would perceive of its capability from first glances. And that it does well. We also have to disclaim that even though we’ve briefly auditioned the system in a new Bose showroom that has a homely feel, it’s still not representative of a typical home in terms of size. We’ll likely call in the speaker system to give it a more thorough listen in our test room, so stay tuned for a future story as we detail its true performance.

“Luxury home entertainment systems” is a perfect label for this new sound system as it retails for S$7,399 and is available immediately at Bose retail showroom and on atlas-sv.com. It’s quite common for a full Bose home sound system to cost about S$5k or higher, so with the system’s unique new traits – especially the OmniJewel speakers – we’re not surprised of this big price tag.

Here’s where the Bose Lifestyle 600 entertainment system comes into place. It’s identical to the Lifestyle 650 in every way, but uses a different set of satellite speakers. The Lifestyle 600 uses the older, ‘larger’ Jewel Cube speakers and goes for ‘only’ S$5,899. That’s quite a bit of savings if you need an alternative to the top of the line option. 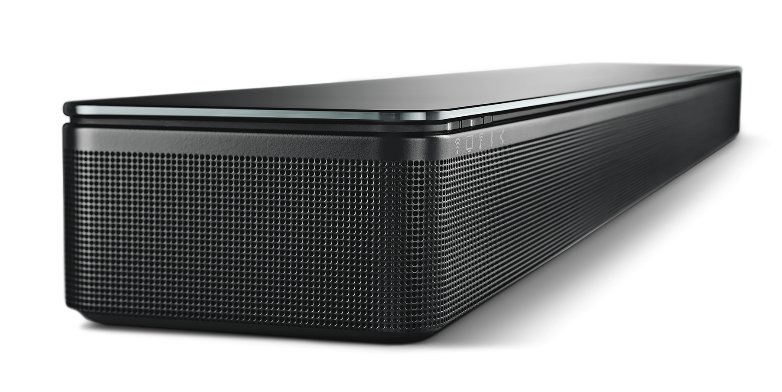 What if space was a premium and you couldn’t afford to place multiple audio units in your home/room? That’s exactly why sound bars exist and the Bose SoundTouch 300 is a one piece audio solution for S$1,399. While that might sound ‘expensive’, it’s actually within the norms of most upper tier performance sound bars from the competition. Even from a performance perspective, our brief hearing would place it within expectations of what most other sound bars deliver in this price tier. So then, what makes it special?

For one, it’s probably one of the more compact sound bars for its class and using a Bose exclusive speaker technology – PhaseGuide radiator array – it’s able to mimic audio positioning as though there were physical speakers on the left or right of the room. Other speaker brands use different audio/speaker design technologies to achieve a similar outcome, but they may not be as compact as the Bose SoundTouch 300.

Other features and capabilities are somewhat similar to the Lifestyle 600 and 650 systems, but naturally, the SoundTouch 300 has a much more limited array of ports – 1 x HDMI out with ARC, 1 x HDMI input, 1 x optical digital audio output, 1 x Ethernet port for network updates and a 3.5mm jack to add an optional bass module. The SoundTouch 300 is fully expandable and you can add on an Acoustimass wireless bass module (S$1,399), and/or wireless surround speakers (S$599) to bring up the system configuration to a true 5.1-channel speaker system. 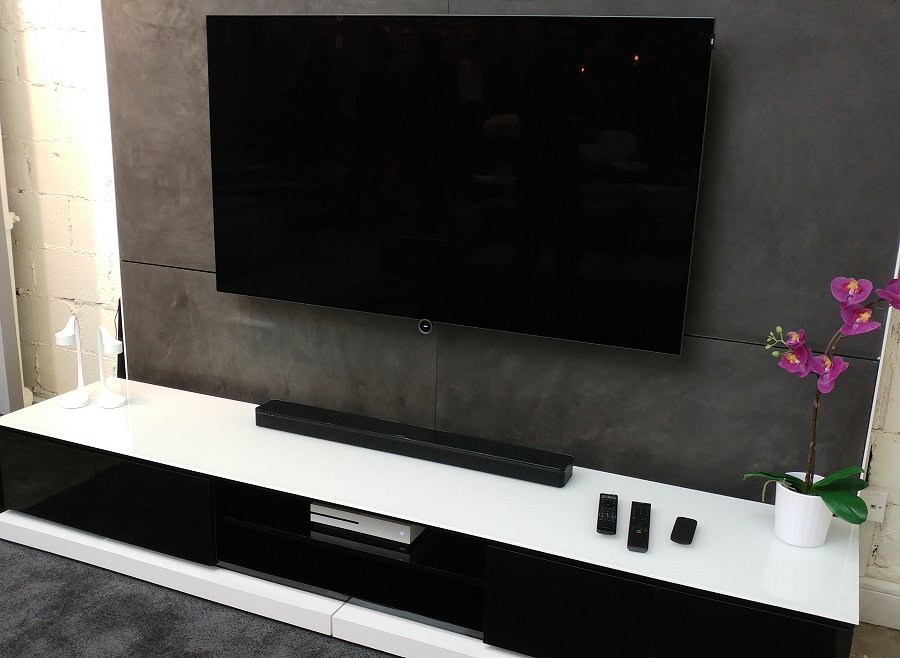