BlizzConline 2021 saw the reveal of World of Warcraft: Burning Crusade Classic, the re-introduction of Warcraft’s very first expansion. Back in 2007, players stepped into a Dark Portal and emerged into absolute chaos - and now, they’ll get to relive those memories alongside other first-timers looking for adventure. Blizzard Entertainment is trying to strike a tricky balance here, aiming to please those hungry for new content and others who want nothing to change.

They have a unique solution for both parties, however.

Come out to the Dark Portal, have a few laughs…

The Burning Crusade takes players through the infamous Dark Portal, whereupon they will find a whole new (broken) world ripe for exploration: Outland. Fel reavers roam the Hellfire Peninsula, bringing risk to traversal in an already treacherous environment. Players will be able to confront that which lurks deep beneath the swamps of Zangarmarsh and fight back the demonic Burning Legion in the shadow of the Black Temple. Two new races will also be added to the game: the blood elves (Horde) and the draenei (Alliance).

If you’re a Warcraft veteran who’s been playing since the beginning, all of this likely feels warm and fuzzy levels of familiar. After all, you’ve already explored Outland and created these memories with online friends. Lead software engineer Brian Birmingham even gets a little nostalgic describing his personal highlight of the Burning Crusade:

I think the big highlight for me is the quest chain to unlock Karazhan (a 10-player raid) for the first time. It's this great, epic quest chain that sends you all over the world starting from Khadgar saying, “Oh my gosh, I've been locked out of Karazhan but there are rumblings in there. Here, take my key or try to reforge it, and see if you can figure out what to do with it.” And then going on this long journey after that, through all these different vistas and experiences culminating in this trip back in time to meet Medivh as he's opening the Dark Portal, and see if he can put the final touches on things to get you back into Karazhan. That's just such a great moment, a great story, and the dungeon itself is a real treat as a reward at the end as well.

World of Warcraft executive producer John Hight on the other hand, is slightly happier about all the chaos that this expansion originally presents to its players. “The moment you step through the Dark Portal, you see this incredible battle raging in front of you, and you squeak past all the demons to your stronghold, only to find that the enemy faction (Horde or Alliance, depending on your allegiance) is there to make a quick end of you.”

He then reminisces about getting together with his ‘Guildies’ and feeling pretty confident before a fel reaver utterly destroyed them. Stories like these serve as a reminder of why World of Warcraft Classic has done so well - nostalgia is priceless, and there’s always going to be a market for players eager to relive memories of days gone by. Newer players might have missed out on Warcraft’s early days, but it’s never too late to make some memories.

Is the pure Classic experience going away? 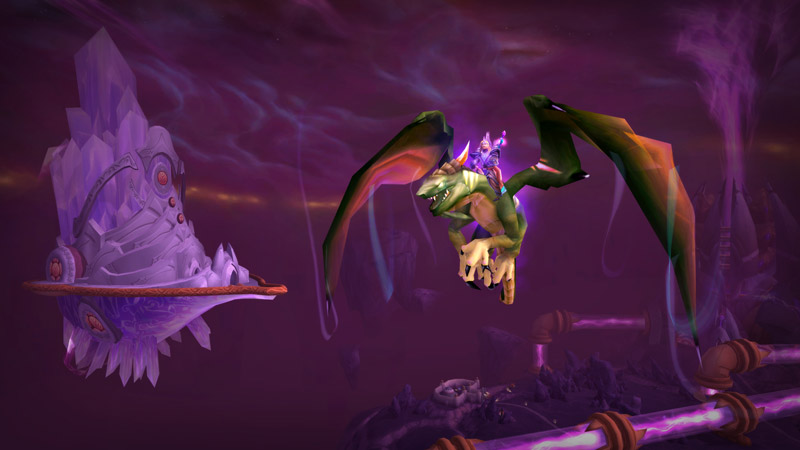 World of Warcraft: the Burning Crusade brings a whole bunch of changes to the game, including an increased level cap of 70 - which, funnily enough, makes Classic players officially higher-levelled than Warcraft: Shadowlands players after their recent level squish. However, the whole point of the Classic experience was the absence of all these new changes and additions. It was a return to a simpler time, without new races, abilities, expansions and so on. What if you just wanted to stay in this untouched, Classic realm forever?

Well, you can. When the pre-expansion patch goes live, Blizzard will offer players a choice: stick with the current content, which contains all WoW updates up until its first expansion, or advance each of their characters into the Burning Crusade and its realm changes. The patch will launch alongside special Classic Era realms, which players can head into for the pre-expansion experience. The WoW Classic live servers will be updated with Burning Crusade content in the meantime. 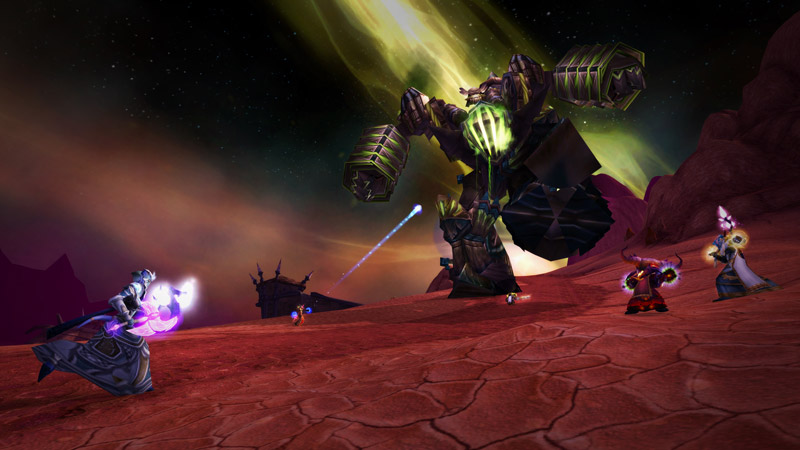 If you want to double-dip with the same character in both Warcraft eras, Blizzard will clone your character to make that happen - but you’ll have to pony up for the service. When asked about the price, Hight told us that it hasn’t been determined yet, but they want to make it, “nominal.” He explains that the paywall is in place because, “we really want people to make a decision. We don't want them to just automatically have a character in two realms, because then we run the risk that they won't actually be playing in one of those realms. We'll undersize it, and effectively it'll become an empty realm.”

If your friends want to jump into Outland right away, you can level boost characters up to level 58 - but again, you’ll have to pay for it. You also won’t be able to level boost the new draenei or blood elf races, and you can only do it once. Altogether, these systems essentially break World of Warcraft down into three ongoing games: Classic, the Burning Crusade and Shadowlands. Players will have ways to access each one of these eras independently, and while this arrangement works for now - what happens if Blizzard adds another expansion on top of the Burning Crusade? Will we then have four eras of Warcraft going at the same time?

Blizzard is keeping mum about WoW Classic content beyond the Burning Crusade for now, but Hight hints that it might be up to community demand: “We haven't made any commitments yet. Honestly, we want to see how things go with the Burning Crusade and how the community responds to that first expansion.”

The more things change, the more they stay the same

[The Arena in Shadowlands lacks] the ability to make a customized team that you can build a camaraderie with, as well as the various brackets - the 2v2, 3v3 and 5v5 brackets. Of course, when we originally introduced arena teams, your team could only be as large as the bracket. So we will be using a slightly later version of this system that eventually came to Burning Crusade in the later patches, where you could have up to double the brackets' size in your team members […] so that you can have alternates.

Blizzard is taking a similar approach to bringing back Burning Crusade in 2021 - pruning older issues without disturbing the overall experience. As an example, Birmingham points out that players can pre-level blood elves and draenei at Level 1 with the pre-expansion patch, just so they can have enough time to catch up with their friends up to Level 58. He does admit, however, that, “there’s always a temptation,” to change things up more when revisiting older content.

“Obviously, we are making changes, like the ability to level blood elves and draenei early and the ability to use a boost, because we think it's important to drive those social connections and make sure that you have opportunities to play with other players. That's really the core principle of World of Warcraft […] Otherwise, we really want to hold ourselves back from tinkering with the core game mechanics, or spells and abilities, unless they really are truly broken or cause some kind of serious problem.” 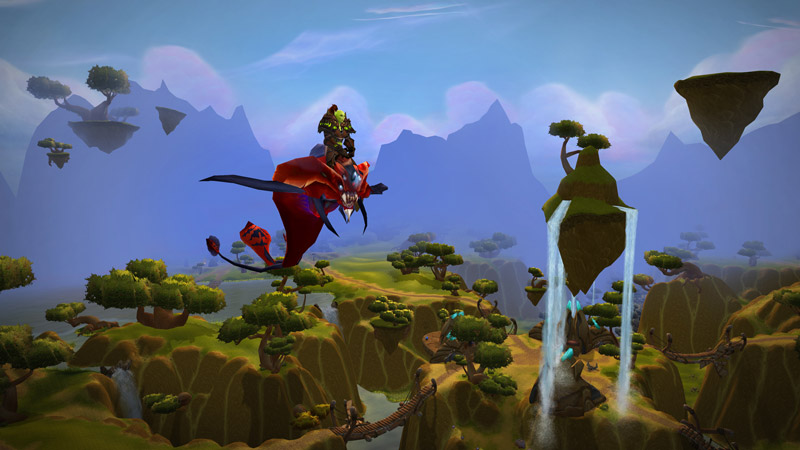 That doesn’t mean that they’ve held themselves back all the way, however. All three - spells, mechanics and abilities - have been tinkered with in some way. For example, spell batching will be changed, as it impacted how quickly the WoW servers processed spells. The Alliance and the Horde will have a chance to earn a version of each other’s faction-specific abilities too, as the Horde received a much better ability than the Alliance originally.

For the purists however, Blizzard confirmed that the significantly harder pre-nerf versions of the Burning Crusade’s bosses will remain in-game, unlike Classic’s bosses. The company decided that players are much better at the game now than ever before. These same bosses were deemed crushingly difficult back then, so it'll be interesting to see how players react to them today.

Check out more info on WoW: Burning Crusade Classic in our BlizzConline 2021 coverage! Also, check out all the trailers and announcements from the show here.