BlizzConline 2021 Feature: Hearthstone is going far beyond its card battler shell for 2021

Switching up the formula 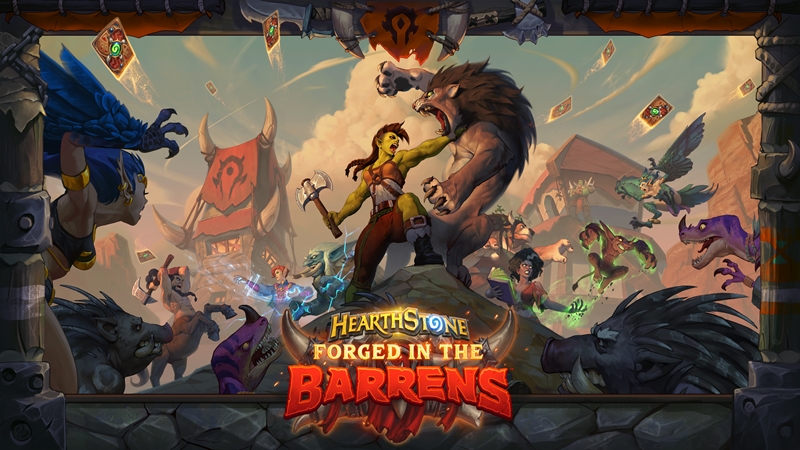 Ever since it released in 2014, the versatile and amusing card battler we know as Hearthstone: Heroes of Warcraft has been pushing the boundaries of the card battler genre. Over the years, we've seen some interesting concepts take centre stage in this quirky title - from fun PvP modes like Tavern Brawls, Battlegrounds and Arena, to immersive narrative adventures like Dungeon Runs, Book of Heroes and Tales of Outland, the game never fails to go beyond expectations of what card battlers usually offer.

That doesn't seem to have changed this year. For BlizzConline 2021, not only will we take a look at the new Forged in the Barrens expansion and the Year of the Gryphon in Standard format, but we'll also see a teaser of the game's newest play mode - the roguelike-style Mercenaries, which we'll delve into in a bit.

1. Forged in the Barrens

First up, this isn't a deep-dive article - it's just a little crash course of sorts so you know roughly what to expect. Leading the charge is Hearthstone's newest expansion, Forged in the Barrens, which tosses players into the "sun-baked savannah of central Kalimdor, a proving ground where the mighty heroes of the Horde embark on their first adventures.".

Yes, that's cool and all, but what we're really looking at in this aspect is the new Frenzy keyword, which activates when your attacking minion suffers damage for the first time, and it feels like a more interesting form of Enrage. Have a look at some of the sample cards in the video below! 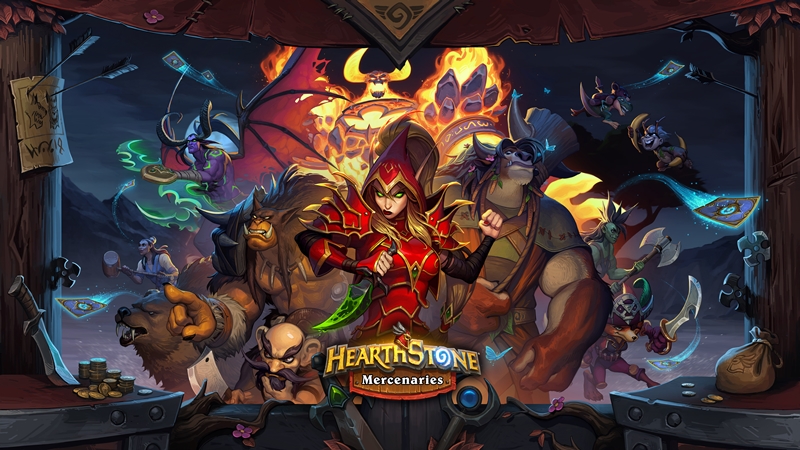 The new expansion also introduces Mercenaries mode, which is apparently a pet project of sorts that the developers stumbled onto when they were developing Battlegrounds more than a year ago. It lets players take control of a party of famous characters from Warcraft lore, such as Gruul, King Krush, Ragnaros the Firelord and Sylvanas Windrunner as they journey across the land, and by completing stages and killing bosses, these heroes will level up and acquire new abilities. 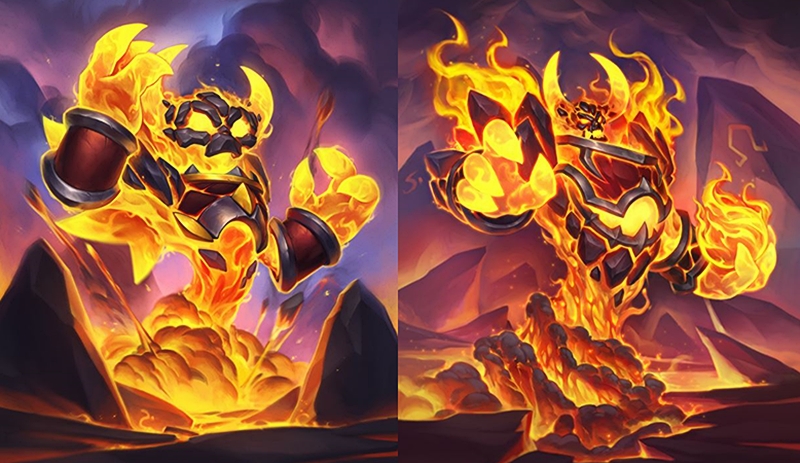 Accordingly, you could say it's kind of like a cross between the Dungeon Run and Book of Heroes formats, though the developers have mentioned that the narrative element here will be way more fleshed-out than either of its predecessors.

3. Year of the Gryphon Core Set and Classic Mode 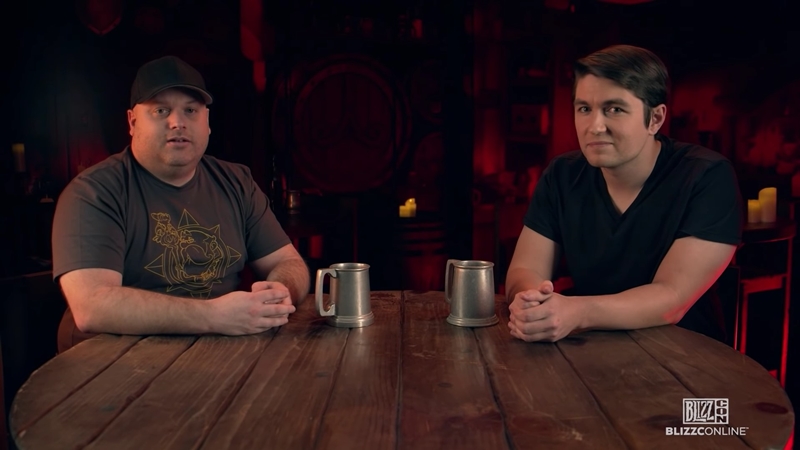 Now, these two are probably more of a refresher course. The Year of the Gryphon is Hearthstone's next annual zodiac rotation, and naturally, it brings in several new announcements to shake the game up.

The first of these is the announcement of the Year of the Gryphon Core Set, which features a wide collection of Basic-level cards designed to help newbies find a firm foundation in the competitive metagame. It consists of 235 cards and replaces the existing Basic and Classic cards from each class. Of course, it has some new cards of its own too, three of which are shown below.

Additionally, don't worry about having to grind out packs for Core set cards. Just like how the existing Basic cards work, all cardsfrom the Core set will be awarded for free to players as they level up the different character classes. 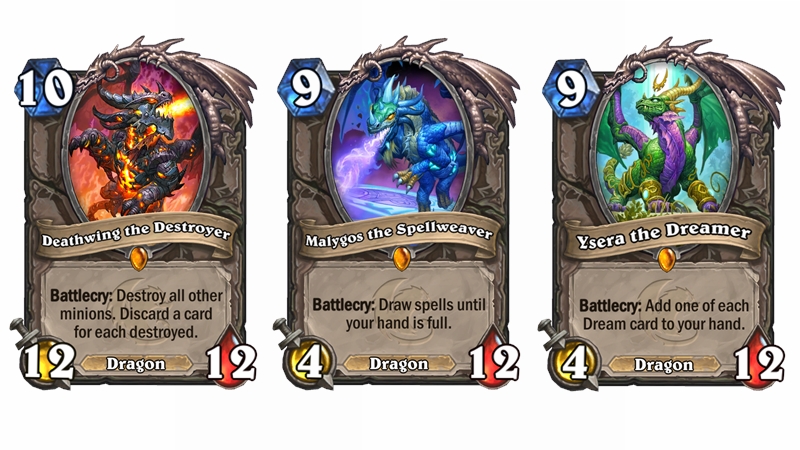 Second, there is the introduction of Spell Schools, which are basically the Spell card equivalent of minion types (eg. Pirate, Mech, Beast, etc.), and these traits will be added retroactively to existing spells as well as new ones. Currently, there are seven known traits, namely Arcane, Fire, Frost, Holy, Nature, Shadow and Fel. 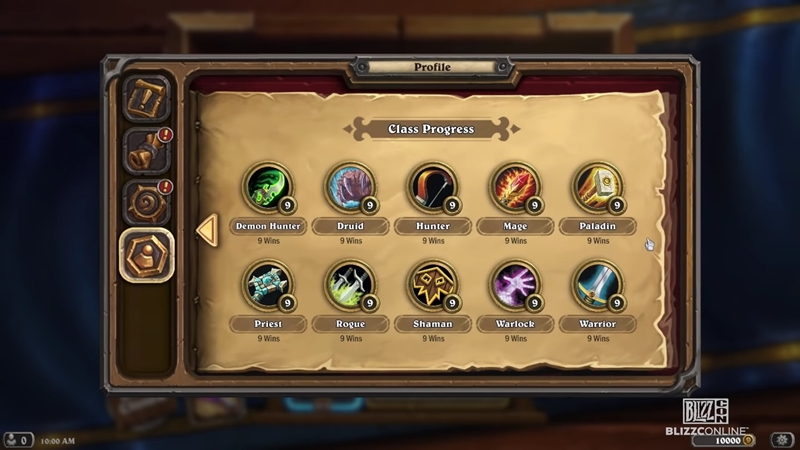 Finally, we've got the introduction of Classic Mode, which takes players all the way back to what is quite literally good old Hearthstone. There are no expansions in play here - all the classic minions will feature their pre-nerf or pre-buff capabilities, and as you might have guessed, there's also going to be a separate competitive ladder and list of rewards for this format. On top of that, the developers have also told us in our pre-brief discussion that they're not exactly concerned with balance changes here at the moment - they're treating Classic Mode as more of a "time capsule" for a bygone age of Hearthstone. So yes, this means 4 mana Leeroy Jenkins - at least we have chicken, right?