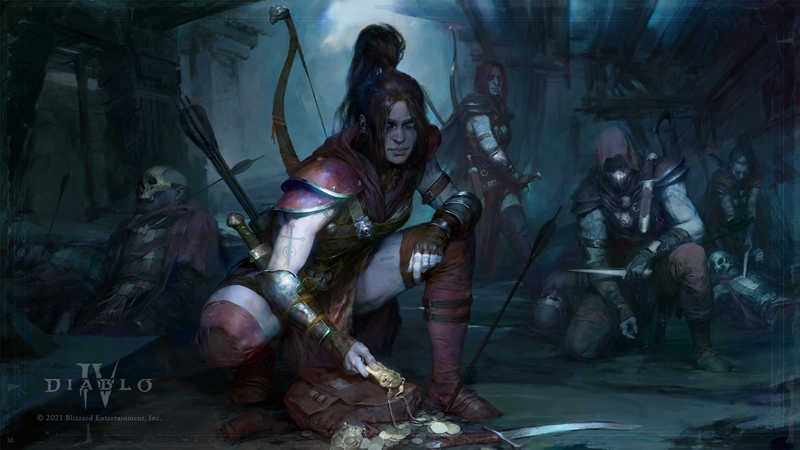 As someone who's played Demon Hunter extensively in Diablo 3, I was expecting the Diablo 4 Rogue to simply be a cut-and-paste of its predecessor with one or two differences added in for novelty. But after this morning's presentation at BlizzConline 2021, I've never been happier to admit that I was caught off guard.

No, make that seriously off-guard.

The first half of the early morning segment, which was hosted by game director Luis Barriga and art director John Mueller, showed off an interesting roundup of the Rogue's capabilities, which we'll be splitting into three sections for discussion: class identity, specialisations, and featured abilities. The latter half of the Diablo 4 segment goes on to talk about the open-world and PvP mechanics, but that deserves its own space to shine, and we'll be posting a write-up on that very soon.

However, before we even set foot into this discussion, you'll probably need some reference material - have a look at the Rogue announcement trailer below!

The first order of business that Barriga and Mueller delved into was what they wanted to highlight about the Rogue's class identity to players and fans. As the game's first dexterity-based class, it's safe to say that the Rogue is equally "dexterous" when it comes to switching up weapons and playstyles.

The character can either be run as a melee or ranged character depending on a player's preference, and the available weapon styles for the class include swords and bows. In that sense, you could say it's a fusion of both D2's Assassin and D3's Demon Hunter in terms of combat approach, but the amazing thing is that the whole is substantially greater than the sum of its parts, in this case. 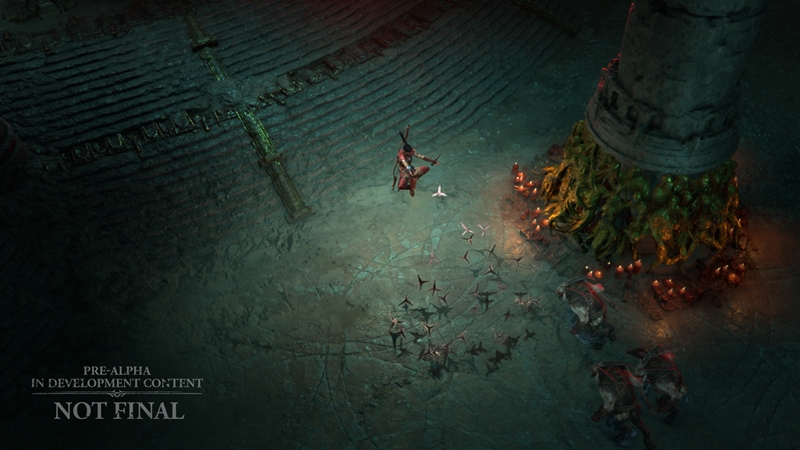 Rather than just being copy-pasted versions of both classes thrown together with duct tape, the Rogue actually creates a new identity for itself out of this fusion and I daresay it's one of the most versatile classes we've ever had in a Diablo title.

In fact, Barriga and Mueller both note that versatility is the name of the Rogue's game - the former mentions that after setting up the original D1 Rogue class as a foundation, they added in similar Rogue-like traits from classes like Assassin and Demon Hunter, and then topped it all off with new, unique abilities that they thought a rogue should logically possess. In theory, rogues are seen as swift attackers who trade durability for flexibility in combat - so things like hit-and-run tactics, evasion abilities, and precise, lethal attacks are all par for the course here.

Three characters for the price of one 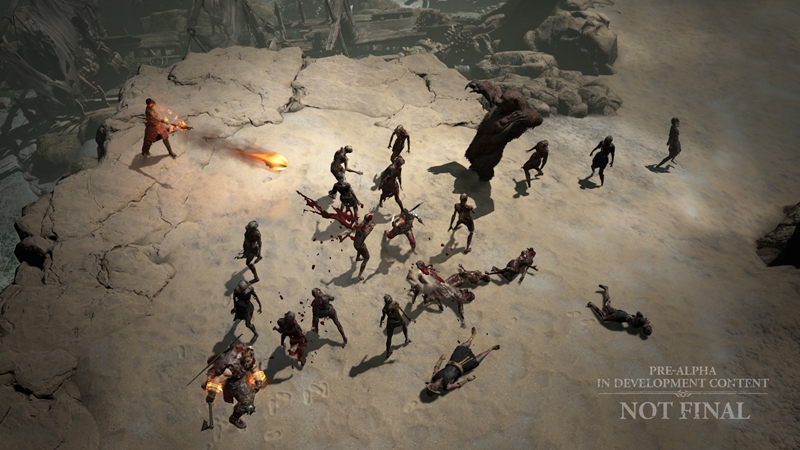 Ok, so here's where the pointy end of the Rogue's weapons come out - it's time to talk about the trio of class-exclusive specialisations available to the class. Namely, these refer to bonus mechanics that the Rogue can build their playstyle around, with each point of the triangle offering something new and unique to the fight.

Combo Points, which Barriga personally prefers essentially turns your Rogue into the Diablo equivalent of a rhythm game - by making consecutive attacks on opponents, you'll be able to shift the flow of battle to your advantage and access cool bonuses.

Next up is Shadow Realm, which Mueller adores - with this in play, you'll be able to take a bunch of enemies with you into a separate dimensional plane for a period of time, which you can use to "thin the herd" before returning to the main fight. It ties in very well with the Rogue's style of using underhanded tactics to secure advantages, and I'm honestly quite intrigued by what else it has to offer.

Finally, those with quick reaction times will enjoy Exploit Weakness, which is kind of like playing a game of Whack-A-Mole using your Rogue. By attacking enemies at specific marked points during their combat animations, you can deal vast amounts of damage with a single strike, and our guess is that you'll also be able to trigger a bunch of passive bonuses when you manage to do so.

Of course, there's still more to this package than just fancy mechanics. Each specialisation also features a questline and specific NPC faction that you can affiliate yourself with, and while you'll be able to attempt all of these experiences during your playthrough, only one of them can be active at any given time. Completing these quests will earn you points and experience in one of the above trees, which means you can effectively test out three different characters for the price of one. 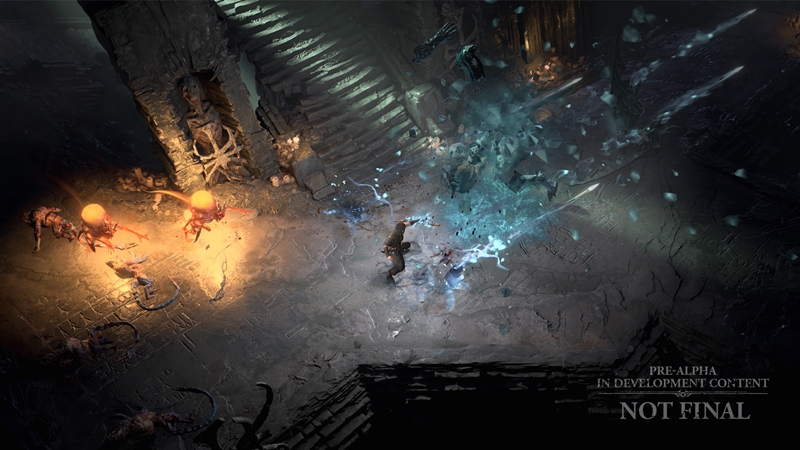 Last but not least, Barriga and Mueller also talked about some of the Rogue's abilities, such as being able to leap off their mounts and unleash a hail of arrows in midair, or dashing quickly from one enemy to another with blades in hand. However, the main highlight here has to be the class-exclusive Weapon Imbue ability, which allows the Rogue to enchant their weapons with various effects for added potency and utility.

These effects can include handy Frost options for slowing enemies down or DoT afflictions like Poison, among various other elements, and unlike regular RPG-style enchantments, It's not something that has to be applied to your equipment at a certain NPC.

All you need to do is hit a button and select an element - once that's done, that element is automatically applied to all of your abilities, allowing the Rogue to quickly change their approach on the fly to counter any type of opponent. Like we said before - the class is pure versatility, and this ability really lets that characteristic take center stage.

More than one way to skin a cat 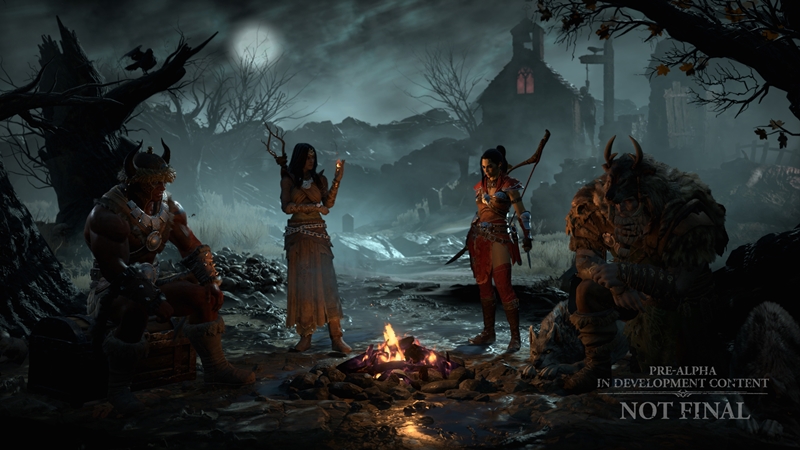 Of course, regardless of how exciting the Rogue seems, Diablo 4 is hardly a one-class game - I'm sure that each of the other character classes, such as the shapeshifting Druid and the spell-spamming Sorceress, for example, all sport their own unique mechanics that offer deep and novel gameplay approaches. In fact, I actually find the Barbarian's Arsenal mechanic a cool addition - after all, who doesn't like being a one-man army that can equip multiple weapons at once and just wade into battle screaming?

Jokes aside, what I will say is that the sheer versatility of the Rogue sets a really high bar for what fans can expect from the other character classes down the line, and based on what the developers have already shared about it, things are bound to get downright crazy when the game's PvP element is factored in on top of that. I'll just be frank - I haven't been this excited for a game in a very long time, and I hope it'll really live up to the franchise's stellar reputation when it finally comes out.