BlizzConline 2021 Feature: Diablo 2 Resurrected focuses on nostalgia but has some modern tricks

BlizzConline 2021: Diablo 2 Resurrected focuses on nostalgia but has some modern tricks 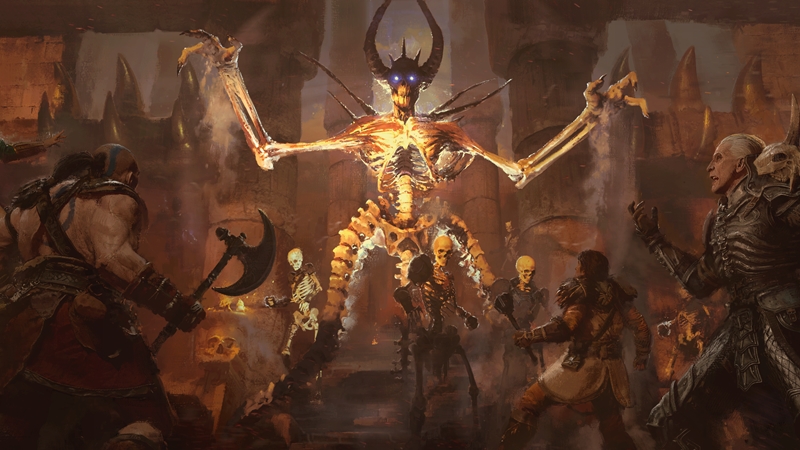 As one of, if not the most beloved dungeon crawler RPG in gaming history, it's only natural that a remaster of Diablo II showed up on our plates sooner or later. Not many games can say that their fans waited more than a decade for a sequel to release, and even less among them can boast that there were still people playing the old game after that.

Still, BlizzConline 2021 seems like it's going to be full of surprises, and while it's a bummer we're not getting anything substantial for Diablo IV, it's nice to get confirmation that Diablo II Resurrected is in the works, with Vicarious Visions helming the project. Earlier this week, we had several sessions with a few key members of the staff, and although they refused to confirm or deny the existence of a secret cow level, there were plenty of other takeaways worth highlighting.

Let's get one thing clear right off the bat - this isn't a remake of Diablo II, it's a remaster. This means that the main RPG package, gameplay, narrative, and all is going to be by and large the same as the OG. However, the developers have added in several interesting tweaks so players don't go through some of the miscellaneous problems from the original game, such as having to create "mule characters" to store excess items that you want to keep around.

To solve this, the dev team will be introducing a universal stash system for all your characters to store and transfer useful equipment with in D2R, and our guess is that it will be largely similar to the one we currently have in Diablo III.

Then, there's also an update to the gold pickup system. Originally, players had to click on each pile of gold individually to pick them up, but now, you can just walk over them and they'll automatically be added to your inventory. This makes for a lot less hassle (and accidental clicking), which can be pretty annoying when you're surrounded by swaths of loot. Of course, players have free rein to use either mechanic as desired, and the setting can be changed anytime within the Options menu.

Of course, there are various other improvements too, such as auto-party functions for co-op content, item comparison interfaces (which were absent from the original), and although there's still no auctionhouse feature in D2R compared to the OG, players will now be able to "link" items in chat for their friends to examine, and if they so wish, both players can meet up to trade equipment as well.

Another highlight the developers mentioned include the controller support, especially when it comes to targeted spells and abilities. For instance, the Sorceress' teleport skill would usually transport you to the location of your cursor, but with there being no cursor on console displays, players will now be transported a preset distance in the direction that they're facing. 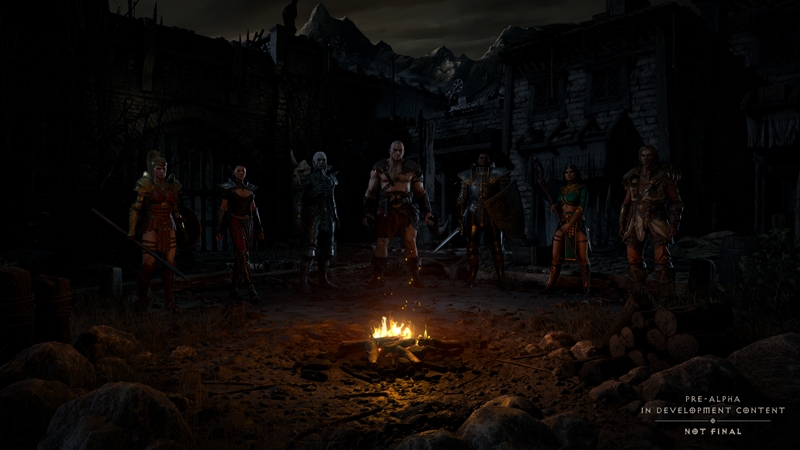 From the monstrous, hulking Barbarians to the noble, armoured Paladins, Diablo's character classes are as important a part of the nostalgia trip as any other aspect, and players will once again be able to embark on their adventures using the old sprites from two decades ago. If that's not your cup of tea, however, you can also opt to use the new and updated 3D sprites, which you can fully admire in the equally-modern campfire screen.

The changes aren't limited to the characters themselves. Everything from character animations to fancy spells has been painstakingly recrafted using 3D physically-based rendering, to say nothing of the dynamic lighting, updated textures, and improved visual effects. Heck, you can even travel in glorious 4K resolution if you want, though you'll still need to have the proper hardware for it.

Naturally, it hasn't been easy for the developers to make it this far. According to them, there were loads of factors that they had to account for during the process of making these updated sprites and animations, many of which were not required for the original game. Not only did they have to adapt existing loads of D2 concept art and character sprites, but they also had to nail down the fundamental nostalgia aspect too.

To that end, they are quite proud of the results, especially the decisions made with regard to characters' functional designs - for example, the Barbarian's outfits now feature visible "belts" that keep them affixed to his body, rather than just having them float above his sprite like older video games tend to show. 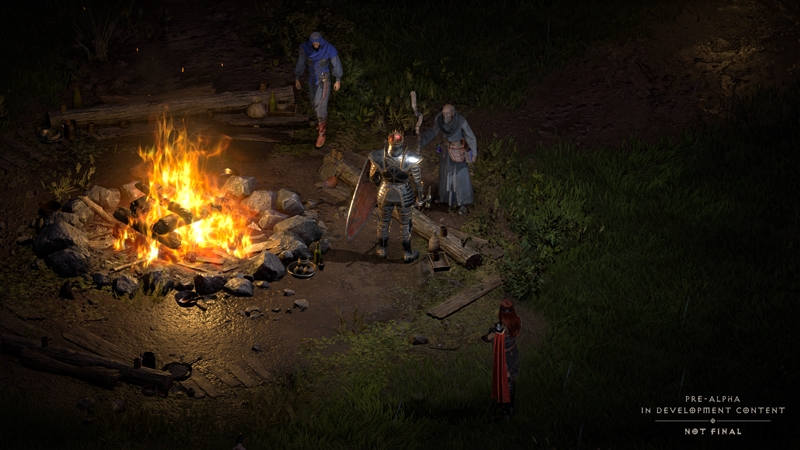 Moving on, no modern game, remaster or not would be complete without some snazzy cinematics. That goes double for games with kick-ass narratives like Diablo II, and the developers have made sure to give that aspect of it all the glorious attention it deserves. In D2R, players will be able to experience the same, good old story in a new light with vastly-improved cinematic sequences. Yes, all of them - all 27 minutes' worth have been lovingly remade shot for shot. This ties in flawlessly with the other aesthetic updates mentioned above too, making it a real "double espresso" of Diablo nostalgia. 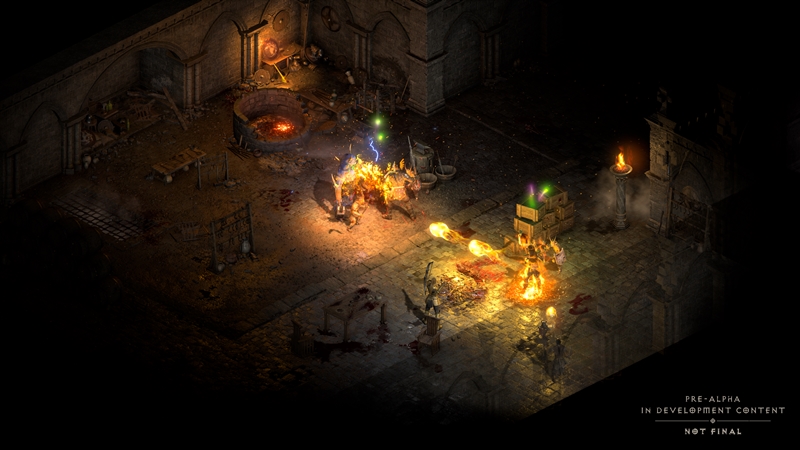 No kidding - so do we, but keep your sword in its sheath for now. Regarding pricing and availability, you'll be happy to know that you can pick D2R up as a standalone on PC, PS4/5, Xbox Series X/S, Xbox One, and Nintendo Switch later this year, or as part of the Prime Evil package, which is available for pre-purchase on PC. The package includes the following titles and expansions: Diablo II: Resurrected, Diablo III, The Reaper of Souls expansion, the Rise of the Necromancer pack, and loads of other cool cosmetic stuff, making it a great starting point for anyone wanting to get into Diablo. Actually, since you're here, you might as well check out the announcement trailer below.