Some things just get better with age

RPGs: Might and Magic Book One: The Secret of the Inner Sanctum (1986) 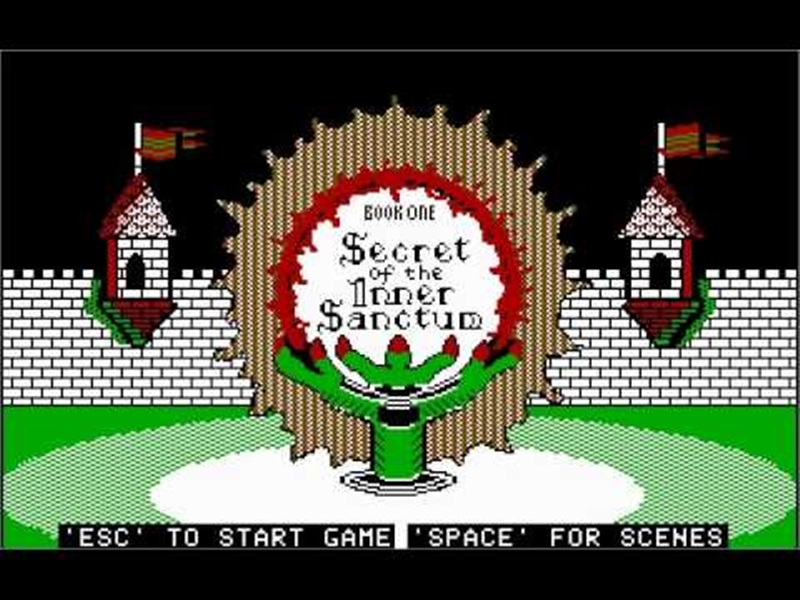 Before we begin, just a quick heads up - don't get this one confused with the modern reiterations by Ubisoft. Both of them are entirely separate from one another - the original Might and Magic series has already up and vanished with the closure of 3DO Company, with Ubisoft then stepping in to buy the rights to the name.

So, this brings us to the question of where the first M&M (the game, not the chocolates) popped up. Well, my young apprentices, the original title was created by a man named Jon Van Canegham and released for a large variety of computing platforms during the 80s under New World Computing, such as the Apple II and MS-DOS. Due to its popularity, it received numerous ports to other, later consoles like the NES as well. But while it's not as groundbreaking as our earlier title Wizardry, Might and Magic is definitely still one of the RPG genre's pioneers, and it has been praised numerous times over the years for its expansive scope, non-linear gameplay, and various other aspects which put it far ahead of its time.

The gameplay is pretty similar to the aforementioned Wizardry - there's a party and combat system like that of D&D, fighting is turn-based as well as an alignment factor. However, this latter bit tends to have minimal effects since the party usually acts as a collective unit. This 35-year-old game was also one of the first to introduce the concept of character customisation to computer gaming, with players being able to select the race, class, and other personality traits for their adventurers, all of which play in part in their combat performance and expertise. It's actually really detailed and well-thought-out for a game that old, which is probably why it's considered one of the best RPGs ever made. 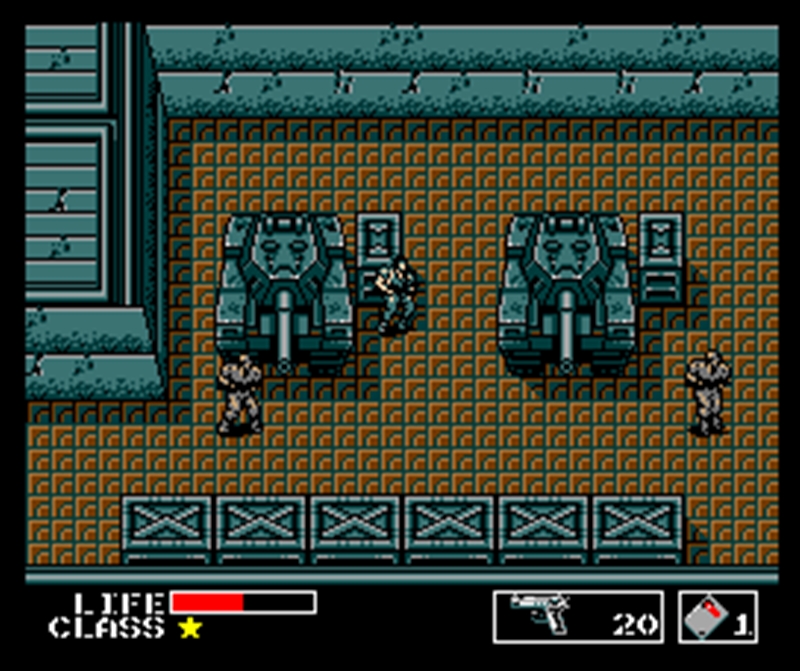 This should be a familiar face to most gamers. The adventures of characters such as Solid Snake have become almost legendary over the decades that he's been around, and he's become so prominent an icon that he's still making appearances in modern games such as Super Smash Bros. Ultimate.

Which brings us back to the topic: the original Metal Gear series created by the one and only Hideo Kojima, which is widely considered to be the foundation of modern stealth games as we know them. Assassin's Creed has got almost nothing on Solid Snake in terms of experience - after all, the first game in the series, titled Metal Gear appeared way back in 1987 for MSX Home Computers, putting players in the shoes of a special forces operative tasked with tracking down a superweapon called the Metal Gear.

To do that, players would have to avoid or neutralise enemies as Solid Snake (or Big Boss, sometimes) makes his way into the enemy base undetected. It's not so much about the difficulty of the task, though - what made it truly excellent was giving players an open playing field to adapt their strategies and tackle the game in different ways, in addition to having a relatively solid narrative (no pun intended) to boot. Amusingly, Metal Gear is also the birthplace of the "hiding in boxes" tactic, which is still quite funny if you think about it. 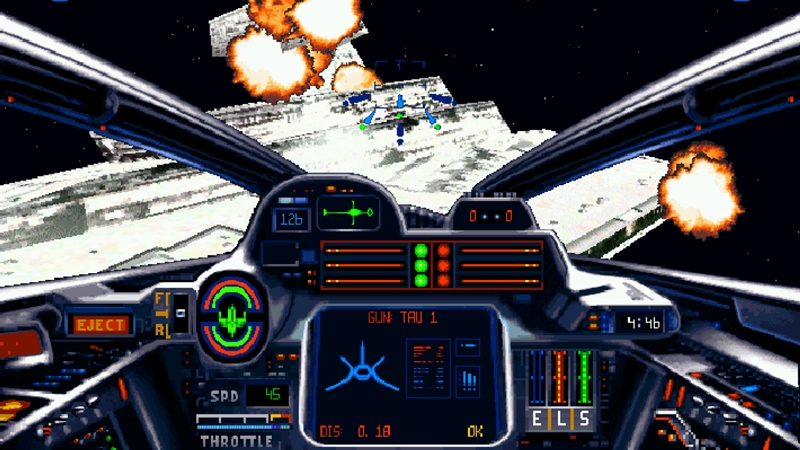 If Starflight is the grandfather of the sandbox-type space sim, what about the action side of the equation? In our opinion, that honour belongs to 1993's Star Wars: X-Wing, a floppy disk title which was developed by Totally Games for LucasArts. It was one of the first games to apply 3D polygon graphics to spacecraft and the first non-adventure to make use of the iMUSE music system. However, LucasArts had no idea how popular it would turn out to be, although it definitely worked out in their favour in the end. All 100,000 initial copies were sold out over the release weekend itself, and another 500,000 copies had been ordered by distributors by December that year. Owing to its popularity, the game has since received many re-releases, and a digital edition for both X-Wing and its subsequent TIE Fighter counterpart was launched in October 2014.

Chronologically, the events of the game are set just before the events of Star Wars Episode IV: A New Hope, although not much reference is made to the main story within. In terms of gameplay, players are thrust into the seat of a titular X-Wing, A-Wing or Y-Wing craft taking on the forces of the Empire. There are three campaigns, or "tours of duty" made up of 12-14 missions each, and the plot aspect is furthered by a series of cockpit broadcasts and messages. Just like in the movies, players have to allocate power to their offensive and defensive implements, like lasers and deflector shields respectively, which really hit the spot for many Star Wars fans as shown by the game's sales. On top of all the shooting bits, X-Wing also offered evergreen modes such as a time trial (titled as Proving Ground), to help keep the experience somewhat fresh.