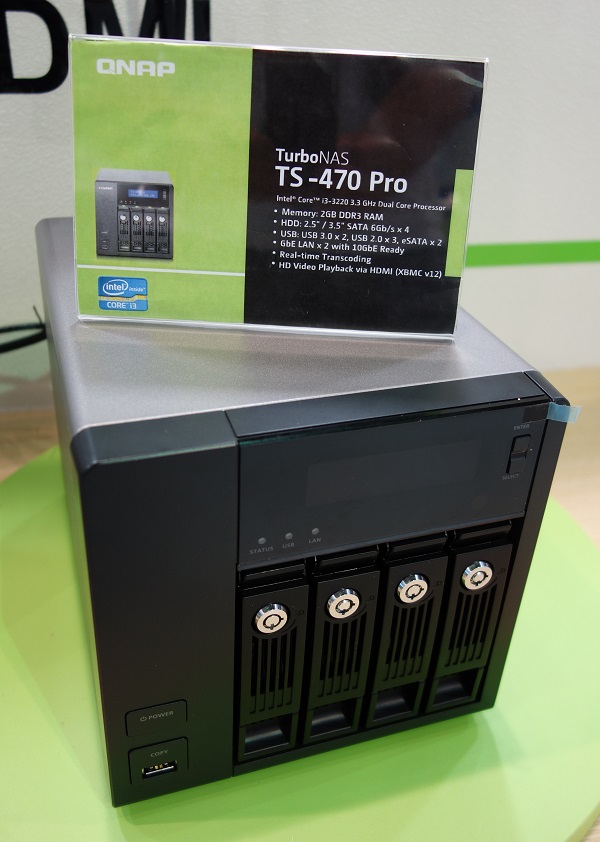 The TS-470 Pro is stacked; it's powered by an Intel Core i3-3220 dual-core processor running at 3.3GHz, 2GB of RAM (non-upgradeable though), and accepts four 3.5-inch hard drives for a maximum potential capacity of 16TB. The demo unit we checked out was also running XBMC 12 with ease; this one ought to be interesting for users looking for a media server / home theater PC / central storage system. 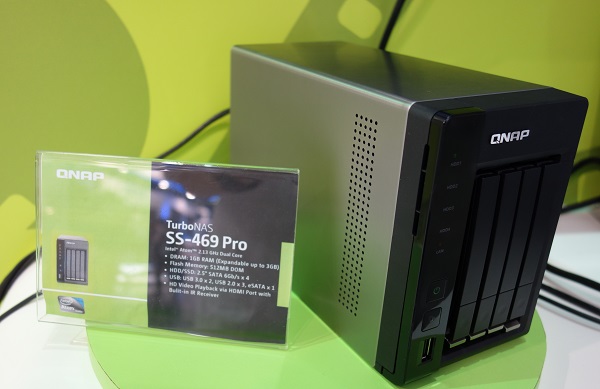 The SS-469 Pro (likely the incoming replacement for the existing SS-439 Pro) is powered by a dual-core Intel Atom 2.13 GHz processor and 2GB of RM (upgradeable to 3GB). Interestingly, this NAS will come with not just a HDMI port, but also a built-in IR receiver. 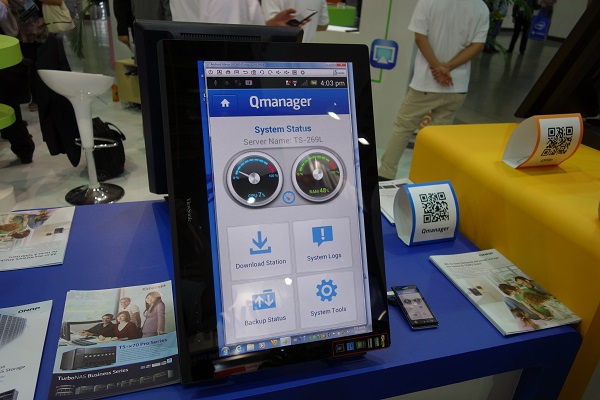 The QManager app lets users manage their QNAP boxes with either iOS or Android devices. You can easily monitor both system and connection status, as well as manage system servces such as turning application services on or off, or even to remote restart or shut down your Turbo NAS. 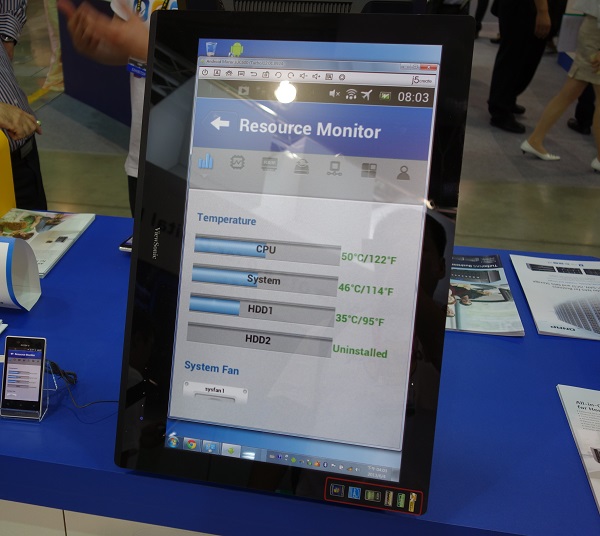 QNAP has a good selection of mobility and remote-access apps to choose from. QFile lets users browse and manage all the files stored on teir Turbo NAS, while VMobile let you monitor any attached IP cameras while on-the-go. QMusic lets users stream music from the Music Station app.

The folks at Promise didn't have much to show, though they did mention that their Pegasus line of Thunderbolt-powered storage options would finally extend support to the Windows platform, alongside the existing support for Mac OS. 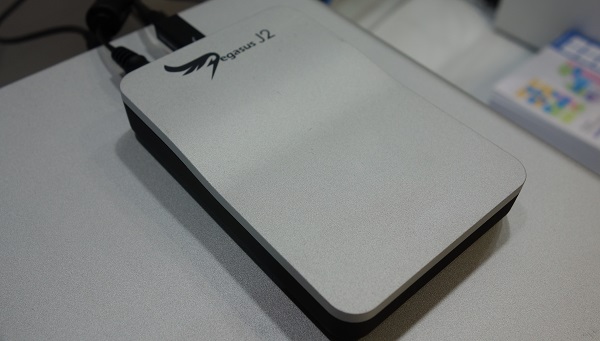 The Pegasus J2 can reach write speeds of up to 550MB/s, as well as read speeds of 750MB/s. The Pegasus J2 can also function without external power, running solely on power from the host computer while in bus mode. Of course, this does have the side effect of slower performance in return for convenience. To achieve the maximum throughput of over 750MB/s, the Pegasus J2 needs to be powered by its power adapter. 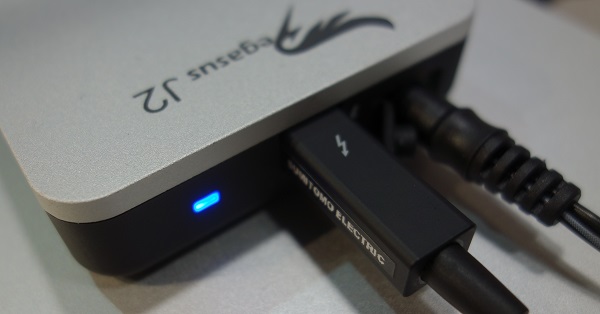 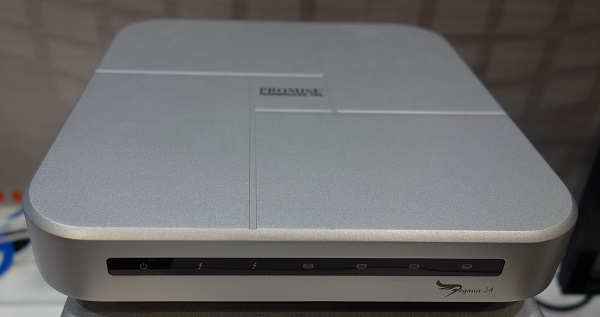