Good but it could definitely be better 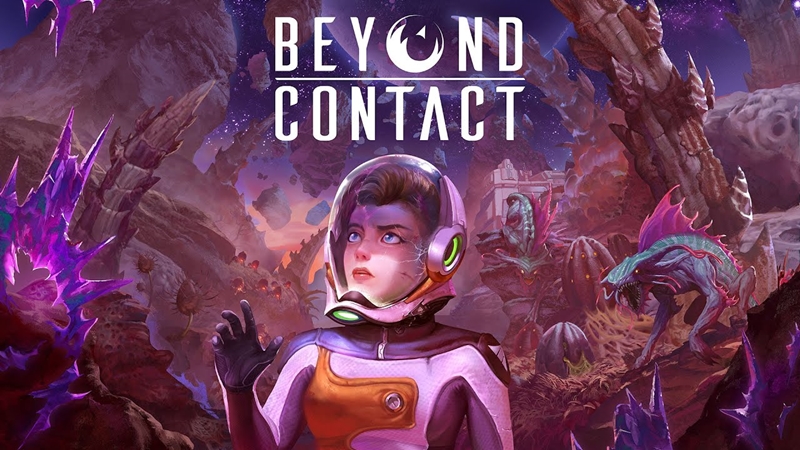 Just like horror games and racing sims, survivalist titles are one of several genres that won't really go out of style. There's always going to be something oddly tranquil about fending for yourself in strange (and often hostile) environments, much less thriving in them, and I thought Playcorp Studios' upcoming sci-fi game Beyond Contact brought this factor out reasonably well.

The game, which will be published by Deep Silver is currently in its Early Access phase on Steam, and I've sunk some time into it over the past couple of days. Notably, although I enjoyed the bulk of my playthrough owing to its relatively simple mechanics and straightforward tech tree progression, I can't help but feel the game is still lacking a definitive X-factor that sets it apart from other survivalist titles. In terms of its narrative and setting, Beyond Contact plays it relatively safe and by-the-book, but it's not necessarily a bad thing because at the very least it's easy to understand. Fundamentally, it places you in the shoes of Quinn Hicks, a scientist working for Space Corps, the operational arm of a galactic collective called the UWC. Originally tasked to assist the main body of UWC representatives deployed to a newly discovered planet called Ketern, Quinn and her team of fellow scientists soon find themselves entangled in a freak magnetic storm encircling the planet, and in keeping with typical survival game conventions, Quinn finds herself alone when she awakens from the crash. Accordingly, she must learn to fend for herself in this mysterious world.

Indeed - the plot is probably about as generic as sci-fi titles come, so there's really nothing to write home about in this aspect. However, the gameplay is a rather different beast, as this is where most of the game's good and bad points start to come into the picture.

It's relatively fuss-free and somewhat relaxing Straight off the bat, Beyond Contact offers players the usual two modes you would expect from a survivalist title - there's the main Story mode which lets you experience Quinn's adventure, as well as a sandbox "Endless" mode for players to do with as they please. Of course, it goes without saying that players should opt for the former if they're picking up the game for the first time, though the caveat here is that Beyond Contact doesn't exactly have much in the way of a tutorial.

To be more specific, most of the game's core mechanics will require just a smidge of brainpower and common sense from the player, but once you get the hang of what to look out for, the rest of it becomes pretty smooth-sailing. For example, for the first ten minutes, I spent my time scouring the landscape and basically scanning everything that I could get my hands on. Scanning new materials and recording them into Quinn's internal database will be key to doing well in Beyond Contact, as doing so will not only reveal what these materials are called, but will also open up technologies involving these materials for her to research. 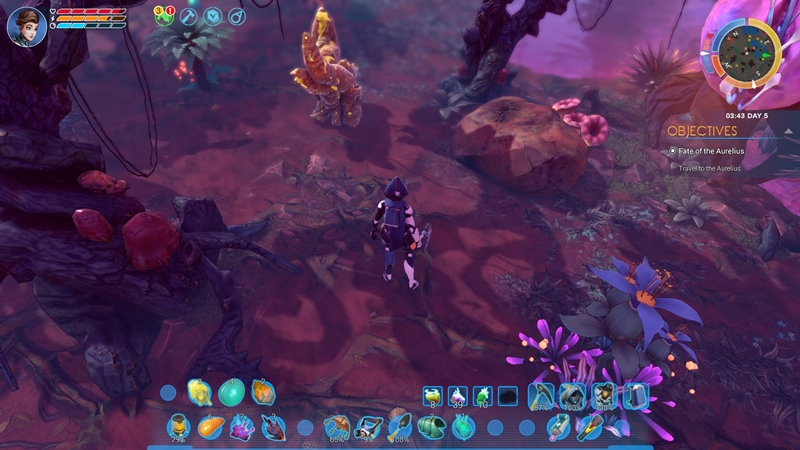 As for the survival aspect per se, I quite like that the game doesn't go overboard with it - you'll only have four main things to look out for, namely Health, Stamina, Oxygen, and Heat. The first three are displayed via gauges at the top left of the screen, and can be replenished by eating and finding oxygen pockets around the area. Thankfully, you can always hit the M button to bring up a handy overlay showing the available resources in the area, following which you'll have to apply that thing in between your ears, like figuring out oxygen bubbles replenish your oxygen meter (duh.).

As for Heat, it's not really something you need to replenish like the others. All you need is a heat source to keep Quinn warm at night and in snowy areas, such as a Portable Stove. And then of course, you'll need to do standard survival stuff like catching monsters and creating a home base, all of which should be easy enough to figure out (at least with common sense) after you get used to how researching and crafting works in general.

It's simple, but that's where the problems lie 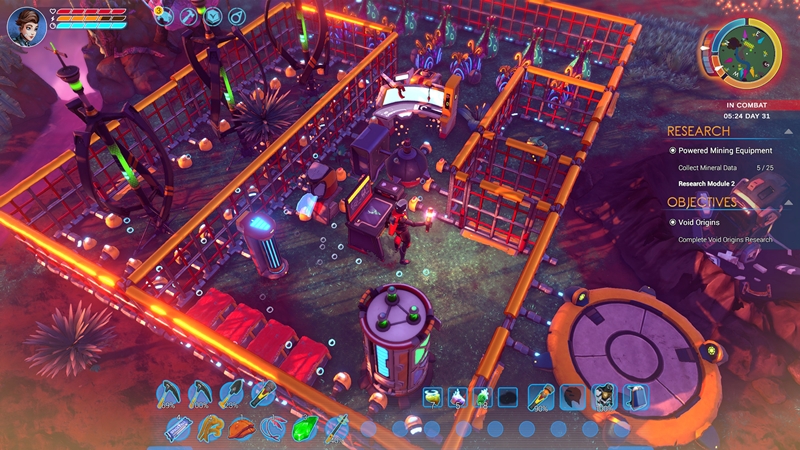 However, the game's inherent simplicity is a double-edged sword, at least based on what I've experienced within this early access build. Although I will admit it does help new players get acclimatised to the game faster, Beyond Contact doesn't really have much else going for it apart from crafting, researching and generally surviving on Ketern. If you were to put aside the narrative aspect, the game is basically a less expansive (and less blocky) sci-fi version of Minecraft that happens to be played from a top-down perspective.

Once you manage to get a proper foothold and sort out the necessities, there isn't much else for you and the other players to do apart from explore and upgrade your dwelling. And in that sense, because it doesn't really offer anything that other survivalist titles on the marker can't, there isn't much of an incentive to select this one, is there? Of course, I'm not saying that this will be the confirmed end result when the game finally releases, as there's still time for the developers to add that "secret spice" into the game. All I'm saying is that although the game looks good and is easy to pick up in general, it might end up as "just another survivalist title" on Steam if it doesn't carve out a solid niche for itself. In short, I think the game is already pretty decent as is, but it can still be so much more.