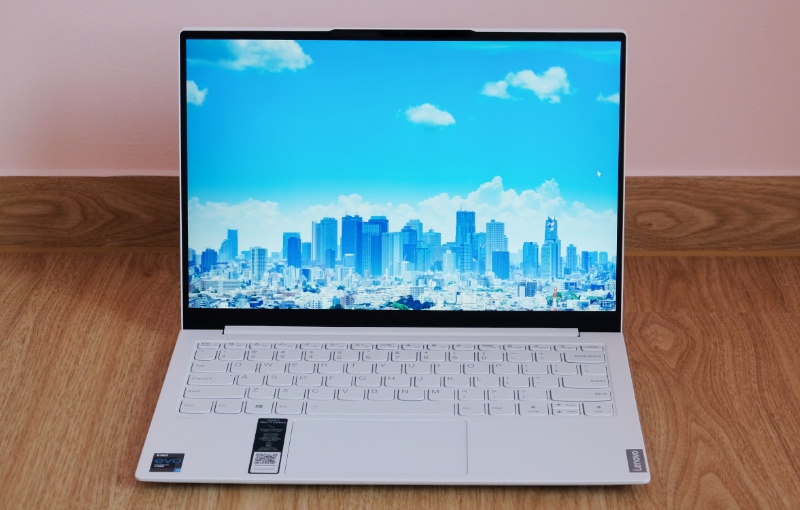 Lenovo’s Yoga lineup underwent a massive rebranding exercise this year. And while it hasn’t made the lineup any easier to understand, Lenovo did, however, priced their notebooks more attractively.

Yoga remains to be Lenovo’s flagship collection, but confusingly, it now consists of traditional clamshell notebooks, AIOs, and convertible notebooks that the name Yoga used to be so famous for.

The Yoga Slim 7i Carbon is the lightest member of the Yoga family of clamshell notebooks. As you might have surmised from its name, it has a body made out of carbon fibre. Specifically, the top cover is carbon fibre which reduces weight by 40% while increasing structural rigidity by 25%. The palm rest and bottom cover are ultra-light magnesium alloy. The net result of all this is that the Yoga Slim 7i Carbon weighs just 966g – which easily makes it one of the lightest notebooks in its class and the lightest notebook in this shootout. It might be light and compact, but it still meets MIL-STD-810G military standards. This means it is dust and temperature-resistant and can withstand drops from small heights. 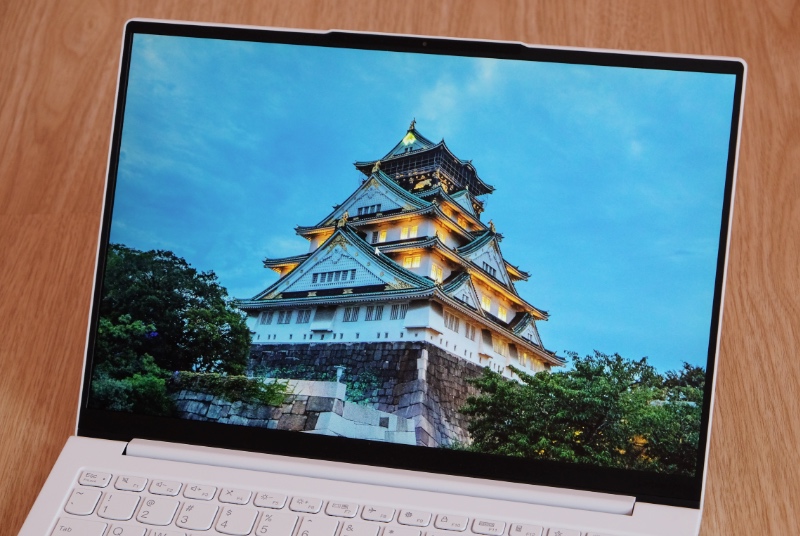 There are other notebooks with carbon fibre bodies but what really makes the Yoga Slim 7i Carbon stand out is its 13.3-inch display that supports a resolution of 2,560 x 1,600 pixels. This is uncommon seeing that most notebooks in this class typically either have a Full-HD or 4K display. This resolution is a happy medium between Full-HD and 4K. It’s noticeably sharper than a Full-HD display but doesn’t sap as much power as a 4K display would. The Yoga Slim 7i Carbon’s display is also matte, which has the benefit of being more resistant to glare and reflection. The downside, however, is that it doesn’t look quite as punchy as notebooks with glossy finish displays.

The unit that I’m testing is the top-of-the-line unit. It costs S$1,999 and it has the following specifications:

A 1TB SSD would definitely have been preferred but 512GB isn’t shabby, plus the decision to offer 16GB of memory should be applauded. The specifications are certainly respectable for the price. Speaking of price, it’s nice to see that Lenovo is pricing its notebook more attractively than it did in the past. 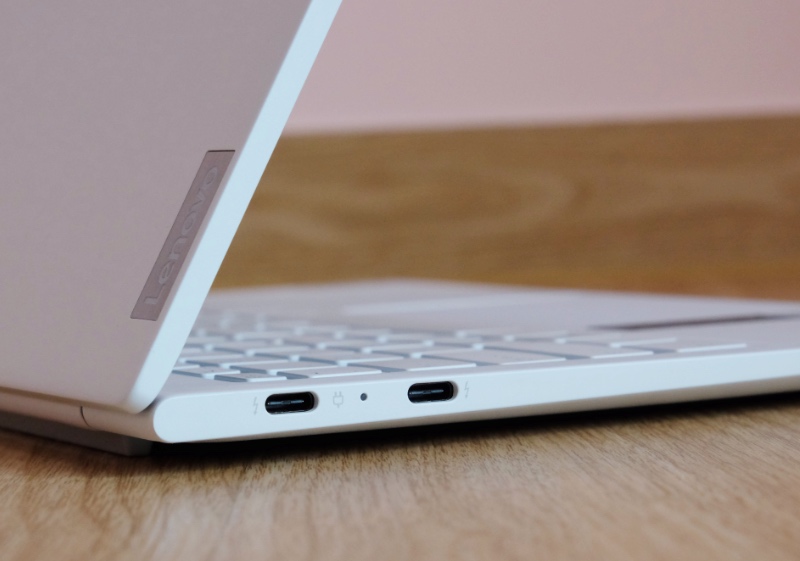 At 15mm, the Yoga Slim 7i Carbon lives up to its name for being svelte. One downside to this is that connectivity is a little compromised. There are no USB-A or HDMI ports. Instead, you get three USB-C ports – two support Thunderbolt 4 (on the left) while a third supports USB 3.2 Gen 2 (on the right). You’ll almost definitely need adapters to connect to peripherals. Fortunately, Lenovo provides a 3-in-1 USB-C hub that offers USB-A, HDMI, and VGA connections. There’s no memory card reader but there’s a 3.5mm audio jack.

The keyboard and trackpad are pleasant. The layout of the keys is conventional, the backlight is bright, and the keys feel large. Key feel is positive and well-judged but there isn’t much key travel. Measurements show the Yoga Slim 7i Carbon’s trackpad to be one of the largest in its class. I have no complaints about its responsiveness and accuracy. 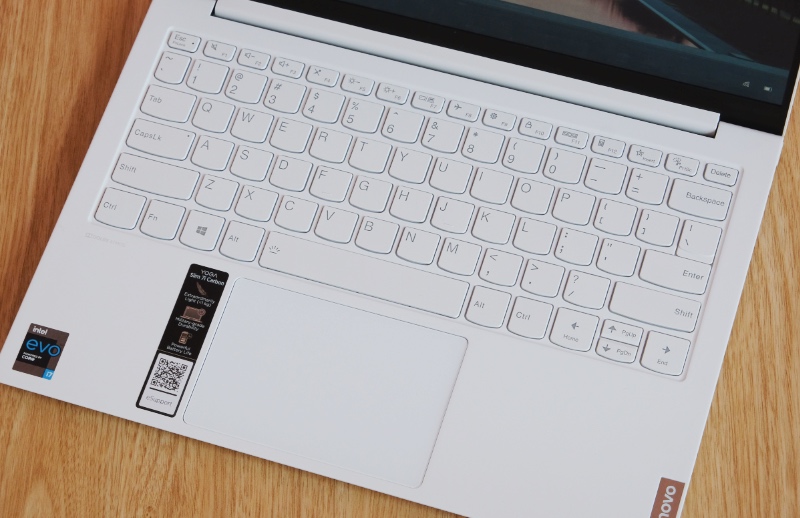 The speakers are serviceable. They get loud and are relatively clear but the frequency response is all over the place. The 720p camera is middling but at least it supports Windows Hello for quick logins, which is useful considering the notebook doesn't feature a fingerprint scanner.

Overall, the Yoga Slim 7i Carbon is a very appealing notebook based just on design, specifications, and features. The build quality is good, the display is sharp, and the entire notebook is satisfying to use on all fronts. If it performs well in our benchmarks, this could be one of the best new notebooks you can buy today.