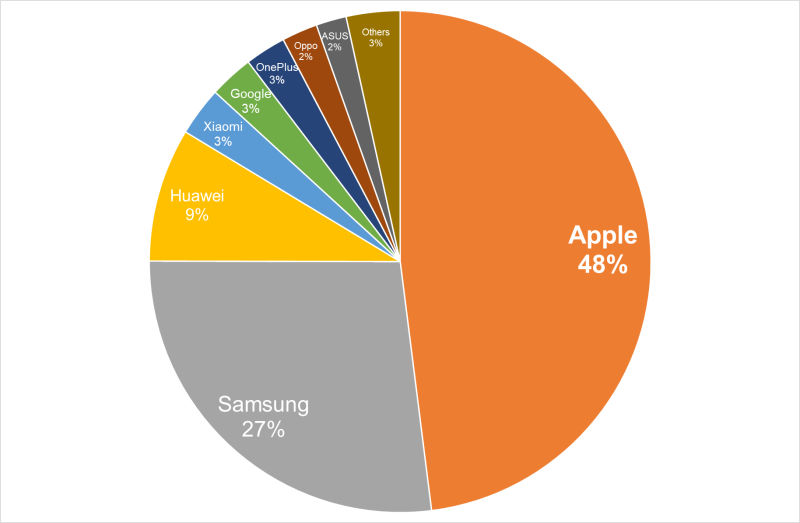 The past three years have been telling about the state of the mobile industry according to our Readers’ Choice polls. Apple undisputedly still leads the pack with an incredibly strong 48% of the vote, and Samsung comes in second place with 27%. It would seem that Huawei’s fanbase is still strong among our readers as the company still holds onto third spot, even though their vote share has decreased to 9%. However, with the ongoing US sanctions against the company affecting their ability to create new devices, even though it looks like they're still going ahead with a P50 launch in 2021. Outside of Huawei’s woes, 2020 was actually a very strong and innovative year for the mobile sector. Apple, Samsung, and even Huawei debuted 5nm chipsets in all their flagship devices. Apple put the A14 Bionic in the iPhone 12 series; Samsung’s Galaxy S21 series featured the Exynos 2100; and Huawei’s Mate 40 Pro debuted the Kirin 9000. 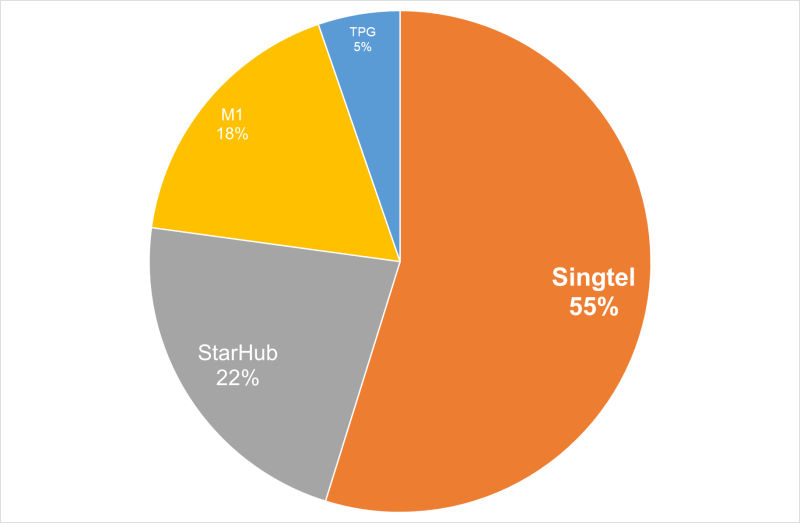 With the proliferation of mobile service providers, we split the main telco and MVNO providers into their own categories for last year’s awards. Singtel won the votes last year with 43% of votes, and further increased their vote share among our readers to take the Best Telco Service Provider award again with 55% this awards season. In 2020, the main focus for telcos was to launch and expand their 5G network services and solutions. Singtel hit a few milestones, including being the first 5G telco to offer more than 1Gbps on the 3.5GHz band, up to 3.2Gbps on 28GHz mmWave, and the first to deploy indoor 5G coverage in Singapore. 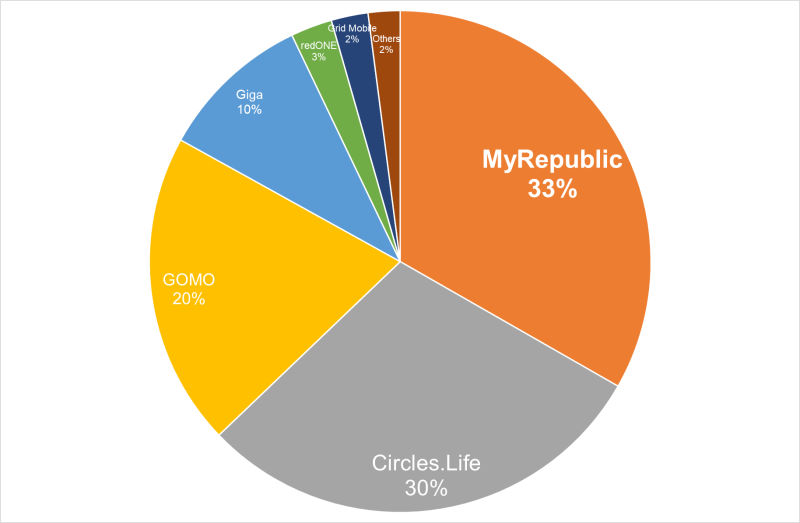 MVNOs have proliferated the scene in the past few years, but it’s pretty clear among our readers that there are really two main contenders who are almost neck to neck in vote share. MyRepublic is this year’s Best MVNO Service provider with 33% of the votes, narrowly edging out Circles.Life’s 30%. Third place goes to GOMO with 20% of the votes, but GOMO isn’t exactly an independent MVNO as it is run by Singtel—interestingly, to fight against the growing MVNO scene. Now, unlike actual telcos, MVNOs do not have their own infrastructure to entice customers, much like Singtel’s 5G developments we talked about in the previous Best Telco award. MVNOs operate pretty much on who is able to give the best deal in town. MyRepublic is very consistent with really affordable large data bundles, while Circles.Life has recently launched a very attractive Family Share plan with 200GB of data that you can customise and share with up to six household members. 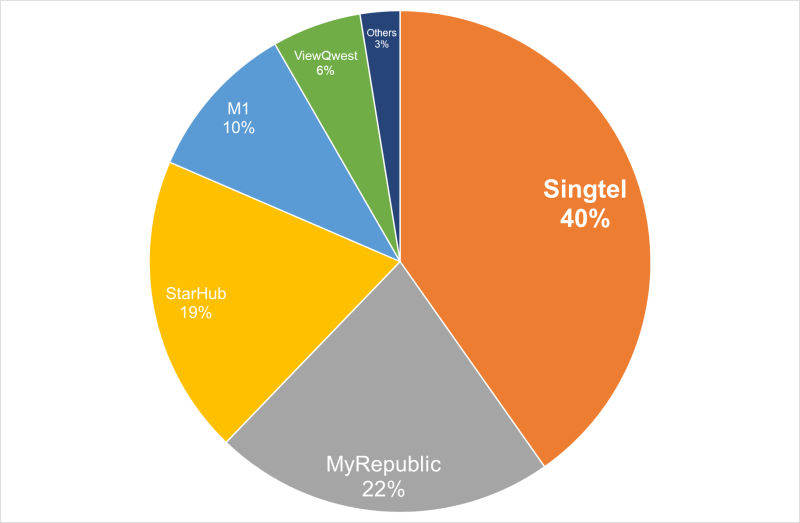 With a massive 40% vote, our readers have given Singtel another strong win as their Best Fibre Broadband Service Provider. This year’s results are actually an increase of 10% from last year, solidifying Singtel’s presence as the top choice for home fibre broadband. MyRepublic is the one to look out for, as the company has been gaining popularity and votes since two years back. In 2019, they were fourth place, behind M1 and StarHub. In 2020, they came in third. And this year’s 22% vote share places them in second place. While fibre broadband plans in Singapore is a somewhat matured market—with a 1Gbps plan being the most common home broadband solution—ISPs focused heavily on upgrading consumer networks towards mesh networking setups, Wi-Fi 6 compatibility, and smart home solutions. The combination of a pandemic lockdown, increased device connectivity and consumer demand for 4K streaming basically drove the need for more robust networking at home. 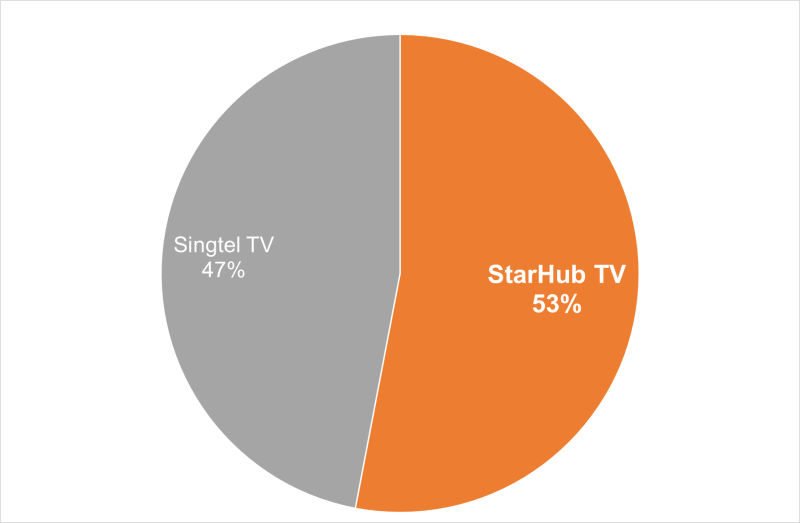 After regaining the Best Pay TV Service Provider award last year, 53% of our readers agree that StarHub has done enough to maintain the top spot for yet another year. While it is true that StarHub is somewhat the stalwart pay TV provider here in Singapore, the concept of cable programming is lost on a younger generation. One of the ways StarHub has managed to stay relevant in this climate among the diverse group of consumers is to basically be a one-stop shop. In March 2020, StarHub introduced a HomeHub Plus plan which consisted of a 1Gbps home fibre plan, a StarHub Entertainment Pass, and a Netflix subscription as a bundle. Later in the year, StarHub launched StarHub TV+, which combines the company’s Pay TV and popular streaming apps like Netflix and HBO Go into one box. When Disney+ was launched in Singapore, StarHub also inked an exclusivity deal with Disney to bundle the service together as well, giving them a well-deserved perceived boost in streaming service adoption. 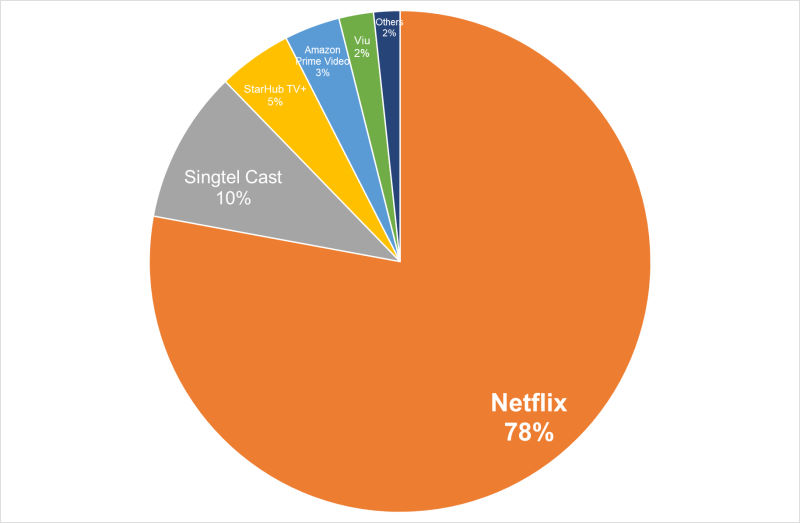 2020 was Netflix’s year. There is no doubt about it. Not only did the brand win our Best Video Streaming Service Provider award yet again, but they’ve also grown their vote share from 66% (last year) to a massive 78%. The brand has basically become synonymous with streaming. 2020’s Netflix slate was so feature-packed with originals that it’s impossible to list everything here, but some of the ones we enjoyed the most definitely are The Queen’s Gambit, Cobra Kai, Space Force, Dracula and BlackPink. Sorry Bridgerton, not you. Now, with Disney+ entering the fray, next year’s Readers’ Choice voting will see if Netflix is able to fend off princesses and the Force…