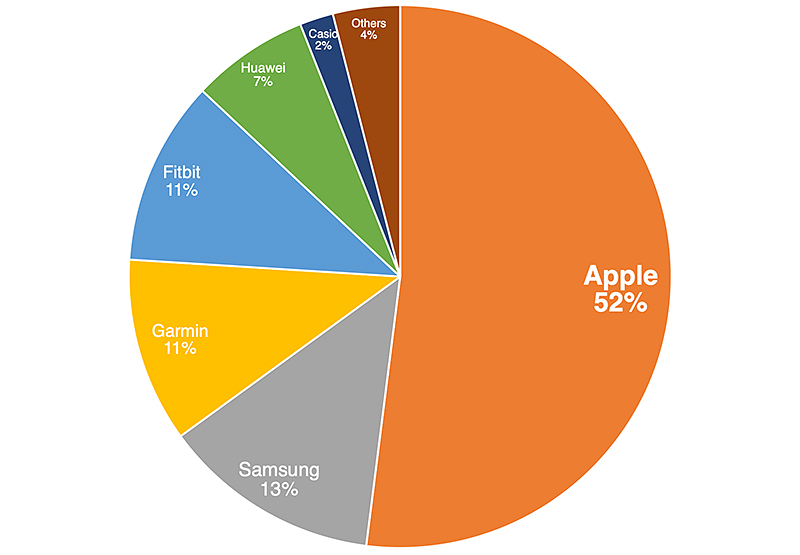 There are smartwatches and there’s Apple Watch. With an overwhelming 52% of the votes, Apple is once again our readers’ favourite smartwatch maker. Like clockwork, Apple released the Apple Watch Series 5 this past September. While its design is identical to the Series 4 (since discontinued), Series 5 has one important feature that has never made it to any Apple Watch prior: always-on display. Ceramic has also made a comeback in Series 5, and it sits with the titanium model in the Edition series. To keep things fresh, especially for existing users, Apple has smartly continued to release new watch bands in new colours periodically. Coming in second place is Samsung (13%). For Galaxy phone users (and Android phone users in general), the Galaxy Watch Active 2 is perhaps the best smartwatch to get that's not an Apple Watch. 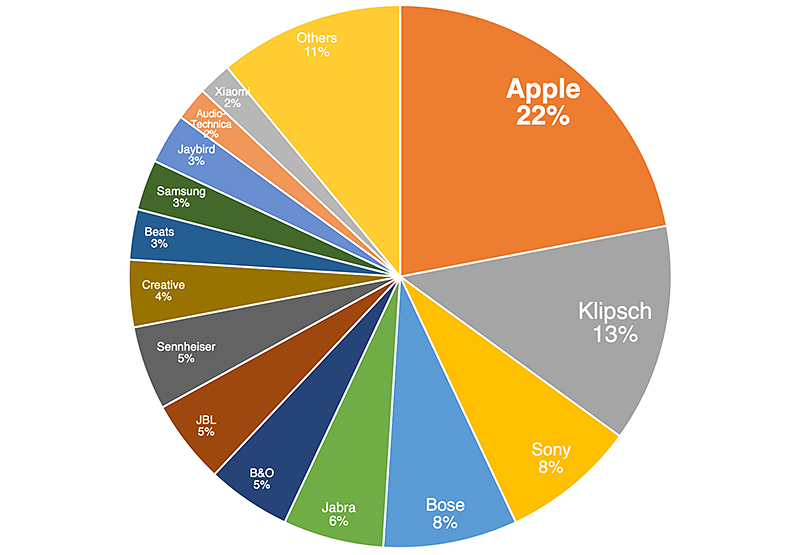 With 22% of the votes, Apple has fended off many brands to win this award. Say what you will about phones without a headphone jack, but wireless headphones are a thing now. And while there are tons of wireless earbuds out there, the most famous one is without question Apple’s AirPods. The 1st generation AirPods arrived in late 2016, and since then we’ve seen to new additions: the 2nd generation AirPods with Apple H1 chip (and optional wireless charging case) in early 2019 and the premium AirPods Pro that sports the H1 chip, active noise cancellation, interchangeable tips and IPX4 water resistance in late 2019. Klipsch (13%), which makes the excellent T5, and Sony (8%), which makes the also-excellent WF–1000XM3, come in second and third respectively. 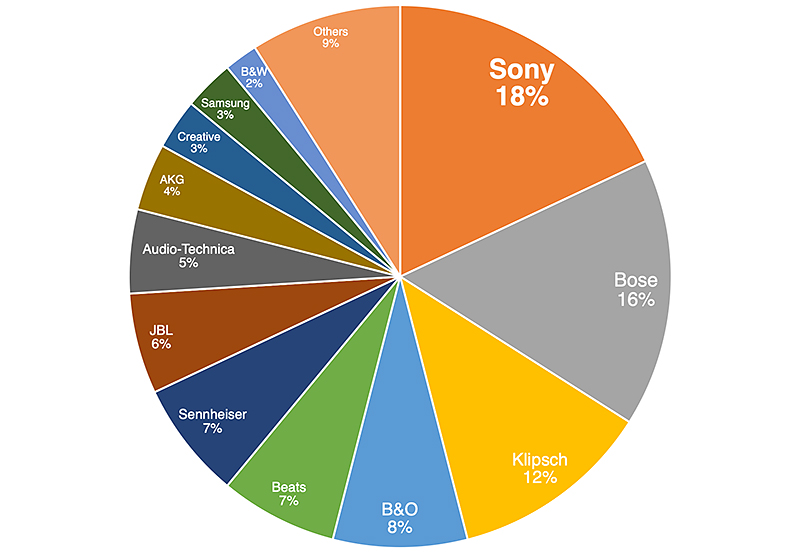 If you’re looking for the very best noise-cancelling headphones, your shortlist is likely to be down to two products from Sony and Bose. And for the past year they’re the Sony WH–1000XM3 and the Bose Noise Cancelling Headphones 700. For this Tech Awards, we asked our readers who is their favourite ANC headphones maker and the one that emerged on top with 18% of the votes is Sony. Bose, with 16%, isn’t very far behind. Klipsch, with 12%, completes the top three. 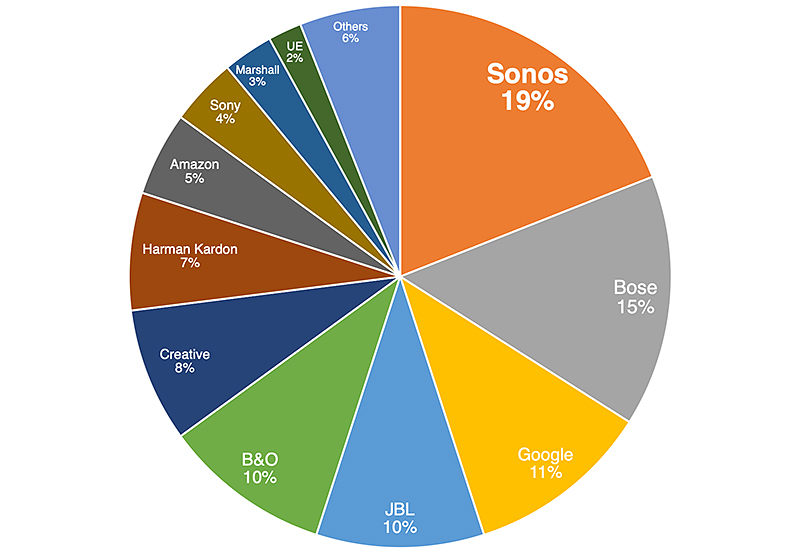 2019 saw a flurry of smart speakers, but when it comes to our readers, the Amazon Alexa and Google Assistant-capable Sonos speakers are still their favourite. With 19% of the votes, Sonos has managed to edge out heavyweights the likes of Bose and Google (which finally brought its 7-inch Nest Hub to Singapore last year) to win this Best Smart Speaker Brand Readers' Choice award. To recap, in early 2019, we saw the arrival of the 2nd-gen Sonos One, which now comes with Bluetooth LE support, more memory and a faster processor. Then later in the year, Sonos introduced the Move, which is an IP56-rated portable speaker that lasts up to 10 hours on a single charge. For those who don’t want voice control, there’s also the new mic-free One SL. 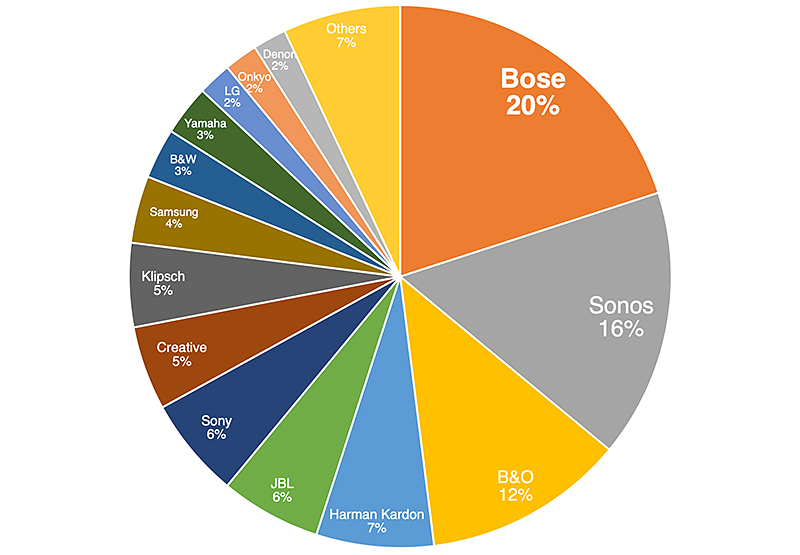 With 20% of the votes, this is the 10th straight year that Bose has won our Readers’ Choice award for Best Home Theatre System Brand. The company’s Lifestyle 650 and 600 home entertainment systems that come with multiple speakers (including wireless rear surround speakers and a wireless bass module) continue to be popular with consumers; but if you prefer a simpler soundbar setup, the Soundbar 700 and 500 are two classy options (they can also be upgraded with a bass module and surround speakers). Multi-room audio expert Sonos, maker of many fine products such as the Sonos Beam compact soundbar and Sonos Amp amplifier, is second with 16% of the votes. 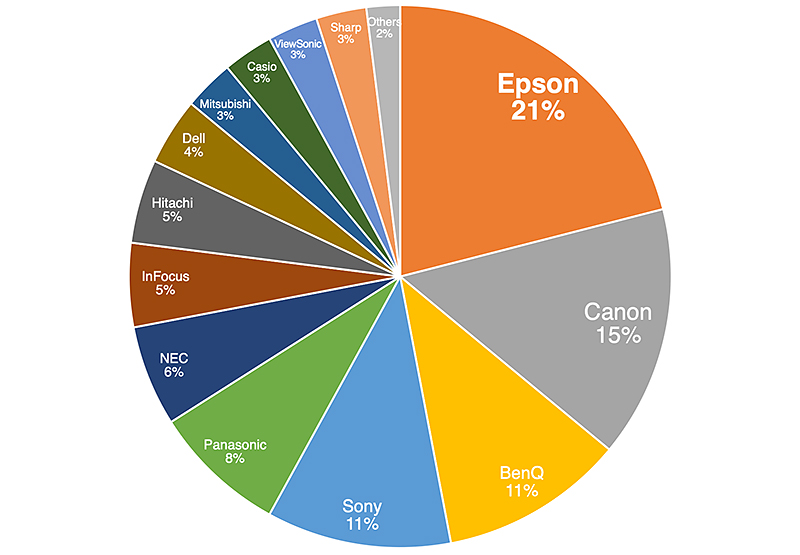 With 21% of the votes, this is the 7th straight year in a row Epson has walked home with our Readers’ Choice award for Best Business Projector Brand. In the past several years, Epson has been focusing a lot in the high-brightness projection segment, and this is set to continue in 2020. And the model to look forward to is the EB-L30000UNL, a 30,000-lumen projector that uses a 20,000-hour, maintenance-free laser light source. Supporting up to a 1,000-inch screen size, this WUXGA projector also comes with a 4K enhancement technology and touts a contrast ratio of 2,500,000:1. For installations that don’t need such high brightness, the EB-L1070UNL is a more compact 7,000-lumen machine. Like the EB-L30000UNL, it sports a 4K enhancement feature and works with different lenses, including an ultra-short-throw lens. Canon, which recently launched three lightweight LV series LCD projectors, is in second place with 15% of the votes.