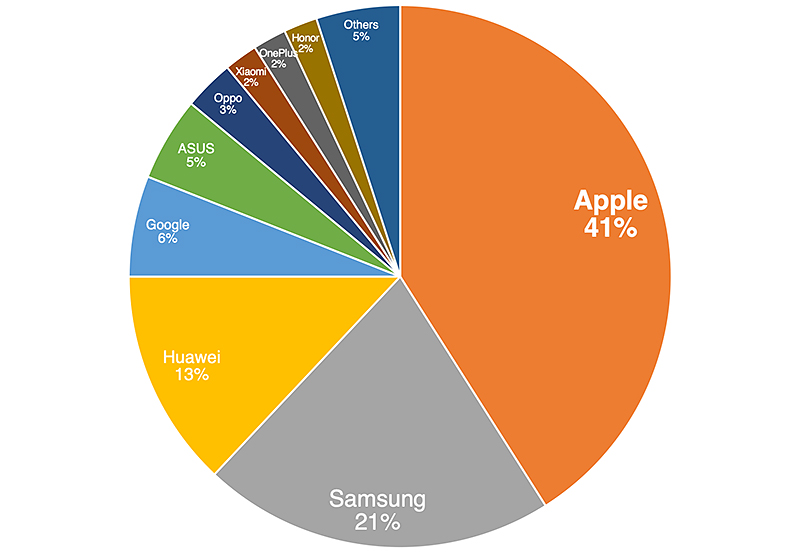 With a strong 41% share of the votes, Apple remains our readers’ favorite smartphone maker this year. Like clockwork, Apple launched the iPhone 11 and 11 Pro in September last year. In a nutshell, the 6.1-inch iPhone 11 is the the spiritual successor to the iPhone XR and the iPhone 11 Pro is the successor to the iPhone XS. Offered in two sizes once again — 5.8-inch for the regular 11 Pro and 6.5-inch for the 11 Pro Max — Apple’s first pro iPhone also comes with a few extras that the 11 doesn’t, including an OLED screen, a telephoto lens and faster 4G LTE. But put another way, with the same A13 Bionic chip, the same wide and ultra-wide cameras, the same iOS 13 experience, the same Night Mode capability and the same Face ID system, you can say that the 11 and 11 Pro are cut from the same cloth. Coming in second place is Samsung, with 21% of the votes. The Galaxy Note 10/Note 10+ and Galaxy Fold were the obvious highlights for Samsung’s mobile division in 2019, but things move quickly in the smartphone world. Just last week, Samsung announced the new Galaxy S20 series and Galaxy Z Flip foldable phone. 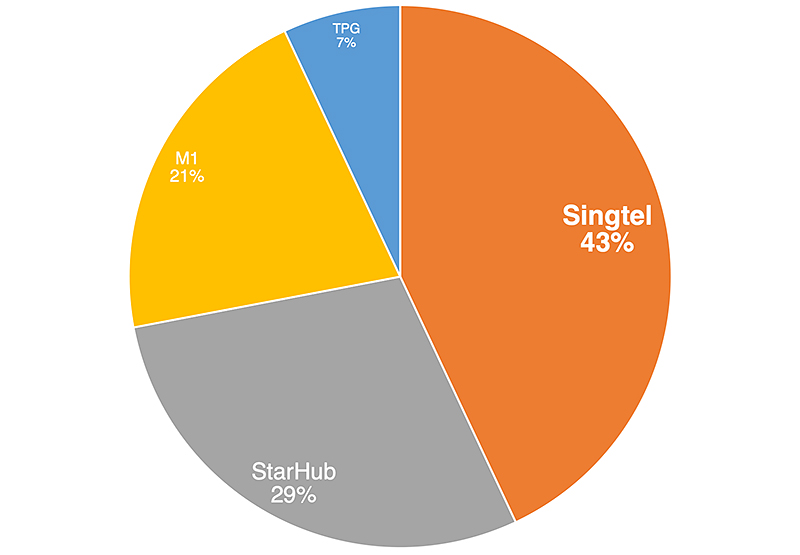 With 43% of the votes, Singtel is again our readers’ favourite Singapore telco. In March last year, Singtel introduced new XO postpaid mobile plans that pack premium entertainment content such as HBO Go. This was followed up soon after with an announcement that new and re-contracting mobile and broadband bundle customers who signed up between March 26 and June 30 would be eligible for a free 12-month Amazon Prime membership. In June the same year, Singtel unveiled Unboxed, its first unmanned pop-up store that allows customers to try out phones, sign up for mobile plans at video-assisted self-serve kiosks and immediately collect their devices from the in-store POPStation. In the area of 5G, Singtel, Razer and IMDA have recently joined hands to work on 5G cloud gaming. 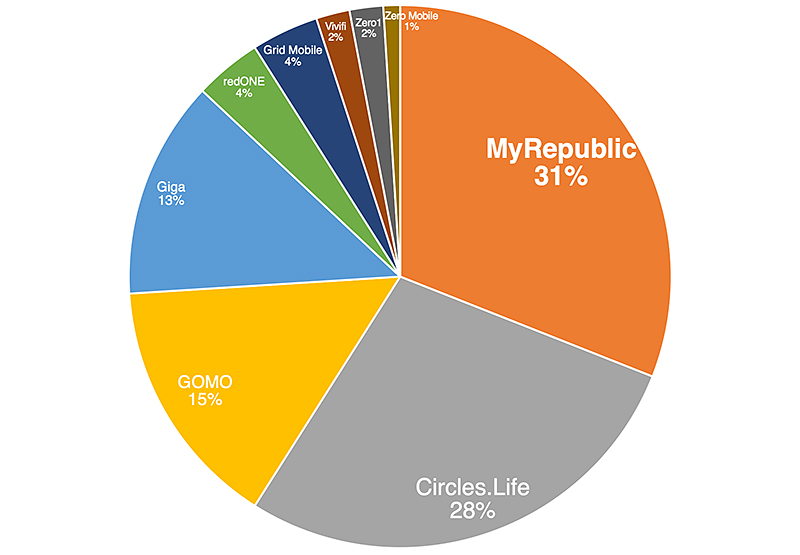 Thanks to MVNOs (i.e., mobile virtual network operators that buy access to a network operator’s services and then sell them on to their customers), we now have more attractive mobile plans from more companies to choose from. With 31% of the votes, the inaugural winner for this Readers’ Choice award for Best MVNO in Singapore goes to MyRepublic. After launching its first mobile plans in mid 2018, the company in August last year unveiled an unlimited plan priced at just S$48/month that gives you unlimited data (though 3GB/day at 4G speeds), unlimited local talk time (capped at 8,000 minutes) and unlimited local SMS messages (capped at 8,000 outgoing). Another recent addition is the Power plan, which gives customers up to 50GB data for the first three months. Circles.Life (28%) and Singtel’s Gomo (15%) complete the top three. 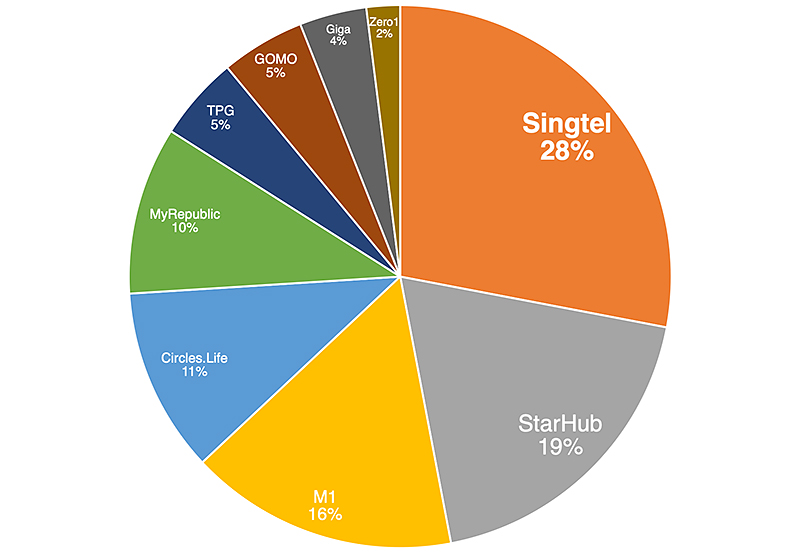 With 28% of the votes, Singtel is our readers’ preferred mobile data roaming service provider. With 472 roaming networks in over 238 countries, Singtel offers a very wide data roam coverage for its customers. If you’re travelling to nearby countries such as Thailand, Indonesia or Malaysia, Singtel’s ReadyRoam single-destination plans start at just S$5 per GB. And this scales all the way up to as many as 81 destinations (3GB for S$40) for multi-destination travellers who need connectivity over a 30-day period. If you need more data, there’s also DataRoam Unlimited Daily, an unlimited data roaming plan that starts at S$19 per day. StarHub, which also offers DataTravel plans that start at S$5 for 1GB, is in second place with 19% of the votes. 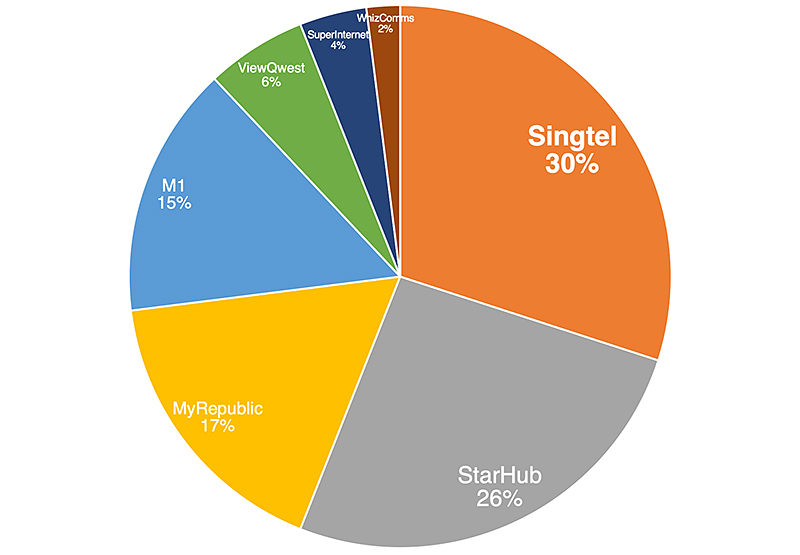 Singtel is on a roll! With 30% of the votes this year, it has once again beaten the likes StarHub, MyRepublic, M1, and ViewQwest to be our readers' favourite local fibre broadband service provider. Currently, Singtel is running an online promotion that has its 1Gbps fibre broadband going for S$44.90 a month, with new sign-ups additionally getting a free Wireless AC router worth S$229. Moving into a new home? You can even get Dyson appliances through Singtel via monthly installments. As we’ve reported before, Singtel has a gaming-centric plan called 1+1Gbps Gamer Bundle. Bundled with a WTFast optimised gaming network service, this plan additionally comes with Razer’s AC3000-class Sila gaming router. And for those who need whole-home Wi-Fi coverage, Singtel is also onboard the mesh networking trend: its 1Gbps and 2Gbps fiber broadband plans include a pair of Askey and AirTiles Wi-Fi mesh routers respectively. Singtel also has a 10Gbps plan. 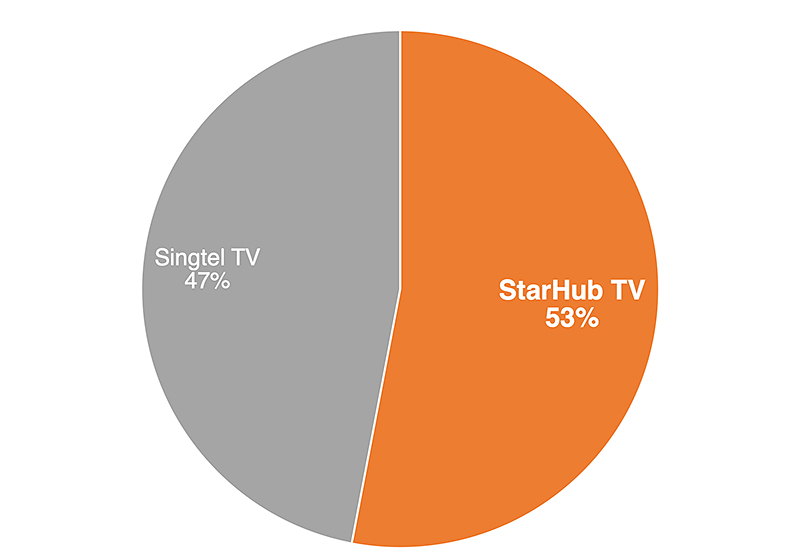 After losing out to Singtel last year, StarHub is once again the winner of our Reader’s Choice award for Best Pay TV Service Provider. The highlight for StarHub Entertainment in 2019 was undoubtedly its move in April to a more simplified lineup that consists of seven carefully curated ‘Entertainment Passes’. And get this: there’s now no compulsory Passes (goodbye, inflexible basic groups) you need to sign up to. Service activation fee was also dropped and the set-top box is now provided for free. But wait, there’s more: StarHub is also allowing customers to switch between the passes whenever they want; so if you’ve only signed up to the Asian Entertainment Pass, you can switch to the Sports Pass when the NBA Finals matches roll along. And last but not least, the StarHub Go value-added service is now free as well, which means you can watch your shows on your mobile devices at no additional charge. Looks like the company's #HelloChange momentum is working! 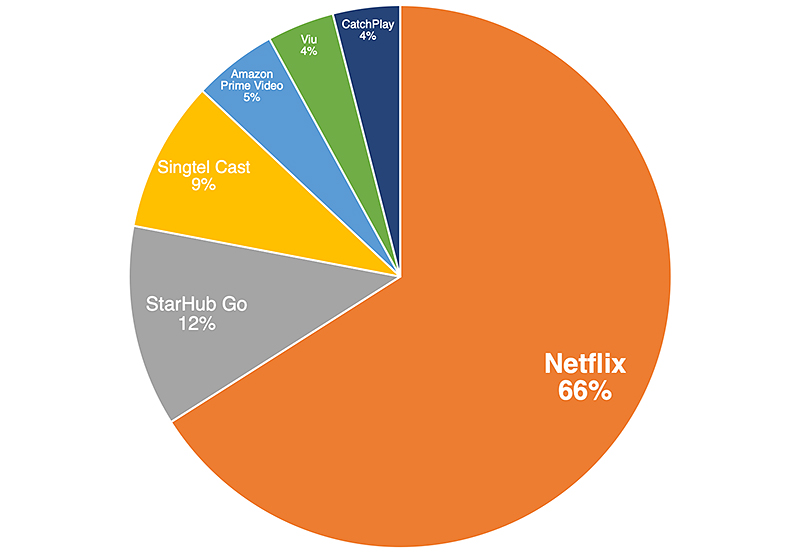 With a staggering 66% of the votes, Netflix is the undisputed winner for this Readers’ Choice award for Best Video Streaming Service Provider. While the streaming space is now more crowded thanks to new players like Apple TV+ and Disney+, Netflix is still king when it comes to subscriber numbers and content variety. The streaming juggernaut has got some exciting stuff lined up ahead too, including an animated series set in The Witcher universe and a total of 21 classic Studio Ghibli movies. But too much content can be a curse, so if you need recommendations on what’s good to watch right now, we’ve a good list here that covers genres from action and comedy to horror and sci-fi. Prefer Korean dramas or Chinese wuxia dramas? Crashing Landing on You (starring Son Ye-Jin and Hyun-Bin) and Handsome Siblings (look out for our very own Tay Ping Hui) are our two picks.

Want even more recommendations and unique finds? You'll want to keep tabs on this Netflix show recommendation discussion thread in our forums that has been active for years!