To say that the smartphone industry faces immense challenges is an understatement. With our new ways of life coming to head, phone makers now have to contend with chip shortages, shipping and launch delays, and even more discerning consumers with evolved requirements at work, play, and everything else in between.

To make the cut, the phone has to be announced and/or released between March 2021 (after our previous Awards assessment) to January 2022 and has to be the brand's flagship offering that best embodies everything it has to offer - beyond just top phone specs and yet appeal to a majority of consumers. It can also include foldable-screen phones that are essentially a bar form-factor when fully open to compete with non-foldable counterparts.

Before we talk about the comparison victor, we would like to clarify why some notable phones weren't part of the nomination list. While Huawei's P50 Pocket is also up for consideration given our new qualifying criteria, it's nearly $1k more expensive than the P50 Pro and doesn't offer much else other than scoring design points. As such, Huawei has chosen to compete in this comparison with their P50 Pro model. Elsewhere, Sony's Xperia Pro-I and Samsung's Z Fold 3 are both specialist devices that appeal to photography enthusiasts and tablet-like form factors respectively, and as such, not part of our main list of nominations. 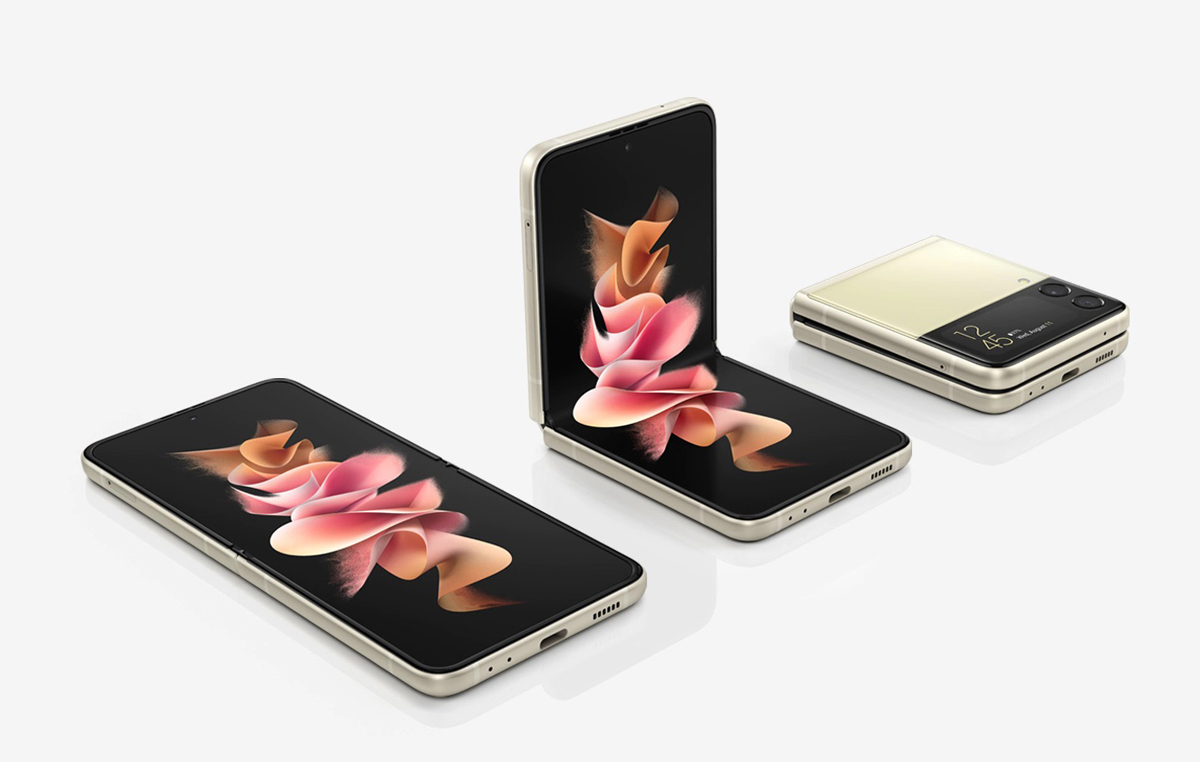 The Samsung Galaxy Z Flip3 revived genuine interest in the future of smartphones by delivering on a combination of its palatable price tag, leading processor choices (for Singapore), its unique-yet-practical folding form factor, and undeniably, a premium experience one expects from paying top dollar for a phone.

Heck, the Galaxy Z Flip3 was able to single-handedly account for the massive foldable smartphone market we have at the end of 2021.

The foldable display form factor for phones is hardly new at this point (even Samsung's Galaxy Z Flip saw several iterations before it got awarded by us). So what did they do to win?

The Galaxy Z Flip3, despite its unique foldable display form factor, did not skimp out on must-haves for premium phones. If anything, Samsung took extra care to make sure its CAM mechanism is more robust than before, and still managed to include all the basics like NFC, IP-rated water resistance, and an eye-pleasing AMOLED display. It's also 5G-compatible too.

Surely, the massive improvements to One UI also create a high-quality user experience, but Samsung took extra UI care with additional special touches to make good use of its bigger 1.9-inch Cover Screen (even though we did wish it was even more useful at its launch).  It's a useful viewfinder for its rear cameras, it lets users add a personal touch to their devices, and offers basic yet crucial functionality like message previews and music control without needing to squint.

The phone also performs respectably where it counts. Daily usage is smooth, performance is almost top-notch, and it has a reasonably long battery life for its form factor. Smart pricing strategies helped immensely too since it offered a complete premium package that's a good S$300 to S$800 lower than other premium alternatives that aren't as exciting to own.

It may not be the best shooter out of Samsung's stable, but a winner for our Best Premium Smartphone category doesn't go to a handset that earns top marks in only one arena; it needs to deliver across the board, and the Galaxy Flip3 does exactly that with the added pizazz in a folding display that feels less of a gimmick and more of a lifestyle choice. A high-quality, flagship-performing lifestyle choice no less.

The Apple iPhone 13 Pro Max deserves a special mention given the tough fight it put up. It took barely three months for the Apple contender to sit among the top 10 in phone sales for 2021, and that's considering how its rivals had much more time to clinch the other nine spots. But, Apple playing it safe meant that the accolade went to a rival that not only did better by its consumers, but also gave them a visible reason to appreciate the upgrade.

For more information on how the nominees fared in detail and thus helping us pick our winner, check out the full reviews and articles listed in the References below.