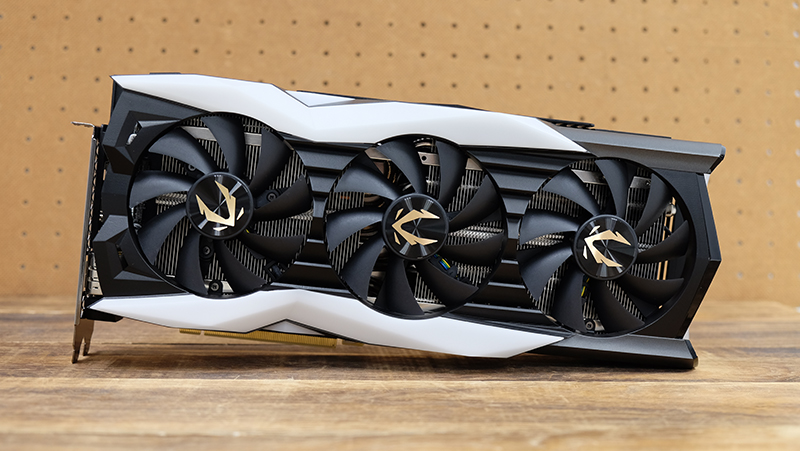 The Zotac GeForce RTX 2080 Ti AMP Extreme Core is quite the attention grabber. If I had to use one word to describe it, it would be fun, and the card quite nicely walks the line between appealing to RGB fiends and just being a gaudy monstrosity.

The fat RGB lighting strips are the first thing you notice when you look at it, and they stick out above the card instead of sitting in discreet recesses like on the ASUS ROG Strix GeForce RTX 2080 Ti Gaming. I don’t mean this in a bad way, and when the card whirrs to life, it’s quite something to look at. Of course, I don’t expect this to appeal to everyone, and this is very much a matter of personal preference.

That said, the company has outfitted the card with addressable LEDs and four individual lighting zones, which you can customize in Zotac’s Spectra 2.0 software. The addressable LEDs enable more dynamic lighting effects as well, so Zotac has done good on this front and produced one good-looking card. 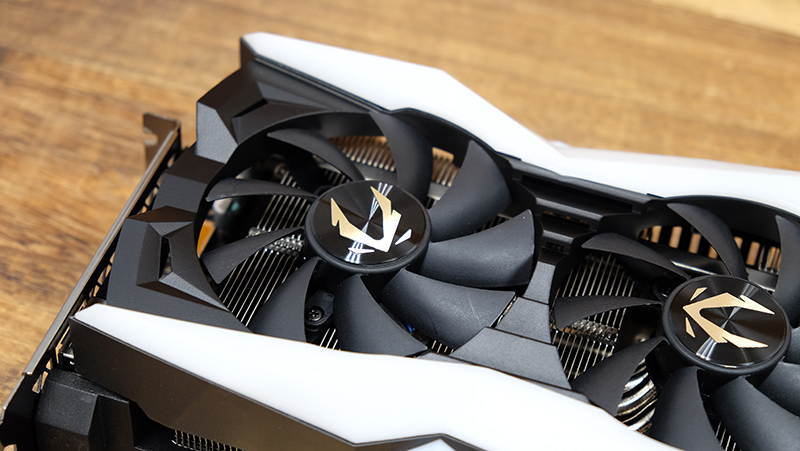 Zotac also makes an AMP Extreme version of the card, but the two are identical save for the higher clock speeds on the latter. The AMP Extreme Core has a base clock of 1,350MHz and boost clock of 1,755MHz, which is already pretty aggressive. It’s second only to the MSI card, and is a really nice factory overclock to have out of the box. In addition, this is the only card in this shootout to come with a small bump to its memory frequency, clocking in at 1,800MHz instead of 1,750MHz.

The AMP Extreme Core features a triple-fan cooler with a faceted design and a metal backplate with a matte finish. One unique feature is how the backplate sort of wraps around the sides of the card in certain places, including the front end. This hides some of the heat sink array from view, and I think it fits in with the overall aesthetic of the card and helps create a more robust feel. However, it’s possible that this design may contribute to heat being trapped in the card, although there are vents on the backplate to facilitate airflow. 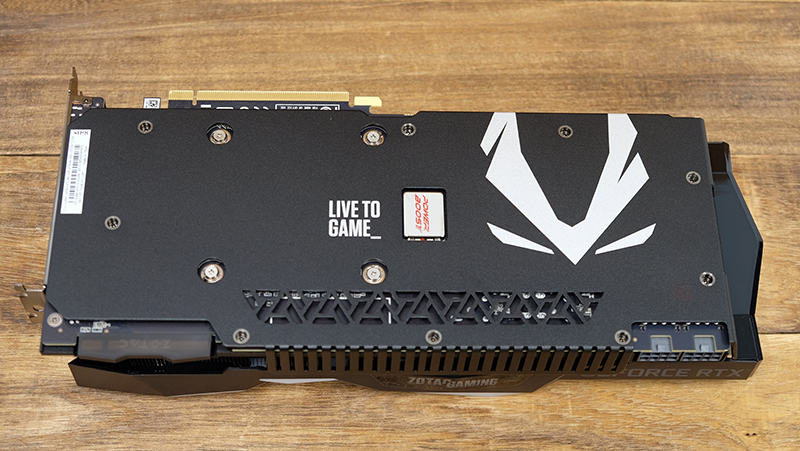 Build quality is pretty good, and the card uses a 16+4-phase power design, which should be good for overclocking. It also comes with an onboard PowerBoost control chip that supposedly helps provide live electrical current regulation and reduce ripple noise and power fluctuations. 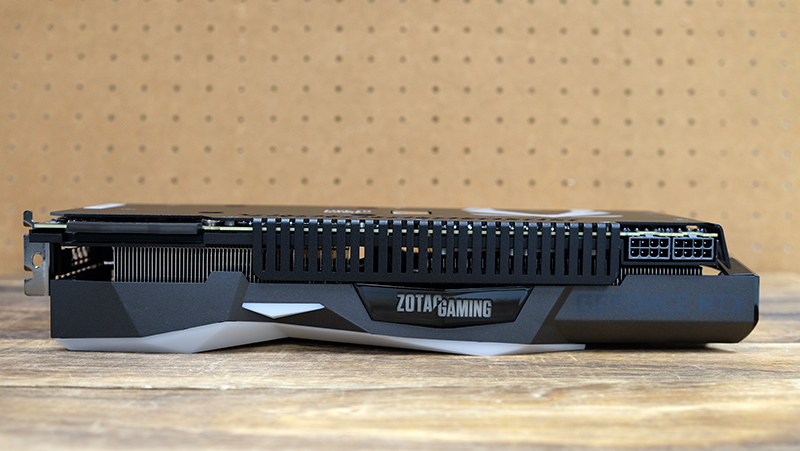 The fans can be controlled independent of one another, and you can set different speeds for each of the three fans. In addition, they support semi-passive operations, and will stop spinning when the GPU temperature falls below 55°C. Unfortunately, the fans can get pretty loud at times.

On the cooling front, Zotac uses a thick aluminum fin stack in combination with five 8mm copper heatpipes. The heat pipes don’t make direct contact with the GPU though, and the card also features a copper base plate for this purpose. On top of that, a diecast metal jacket sits between the heat sink fins and the PCB. This spans the entire length of the board and helps boost structural integrity while aiding heat dissipation.

The card is powered by two 8-pin power connectors, the same as the Founders Edition card. Each 8-pin connector delivers 150W of power and the PCIe slot supplies 75W, which comes to around 375W in total. 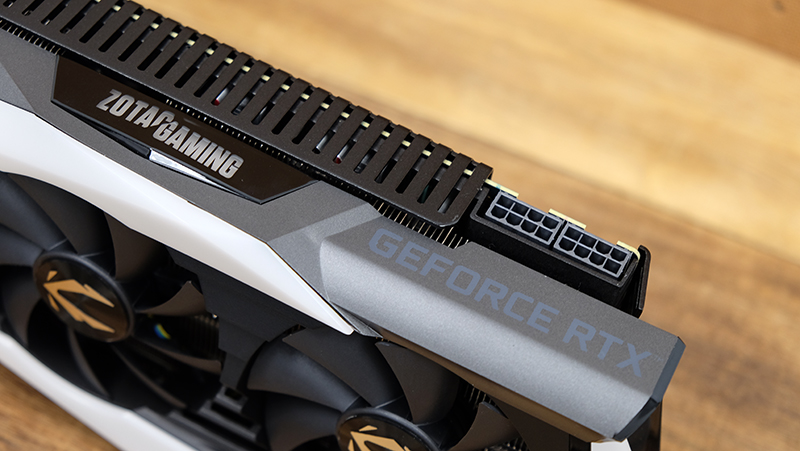 Round the back, it has the same selection of display connectors as pretty much everyone else, comprising three DisplayPorts, one HDMI, and one USB-C output. 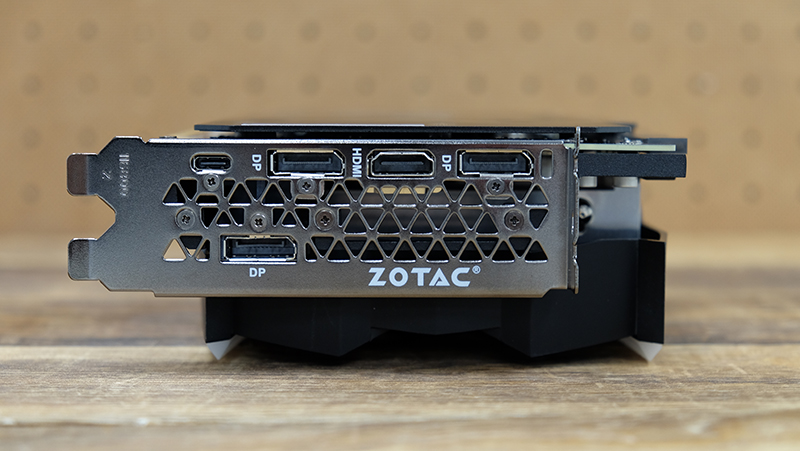