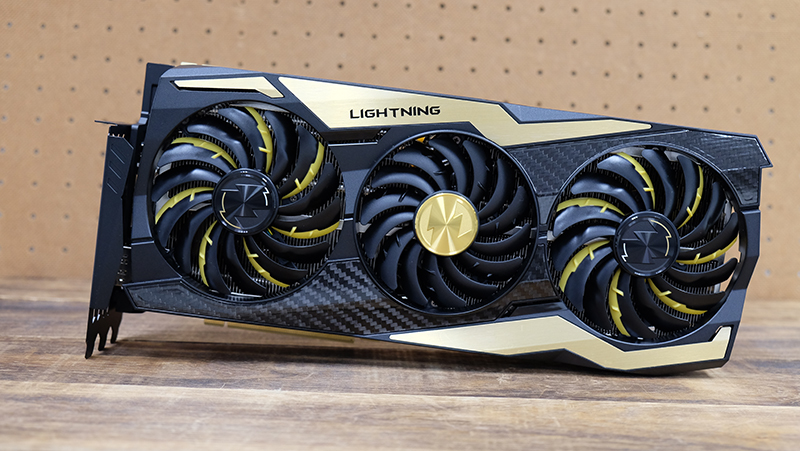 MSI’s Lightning Z card represents yet another step up from the already impressive Gaming X Trio series, and it’s quite the looker. You sometimes hear about products that have been over-engineered for regular use cases, and the GeForce RTX 2080 Ti Lightning Z is a prime example of that.

For starters, it features a new color scheme and a swanky backplate that is 90 per cent carbon. The carbon fiber detailing isn’t just for show, and the backplate’s construction supposedly helps make the card thinner and stronger. Still, this is by no means a thin card though, and you’ll still require a 3-slot allowance for it. It’s difficult to get excited about custom cards these days since they more or less bring the same thing to the table, but this is one card that looks like something special. 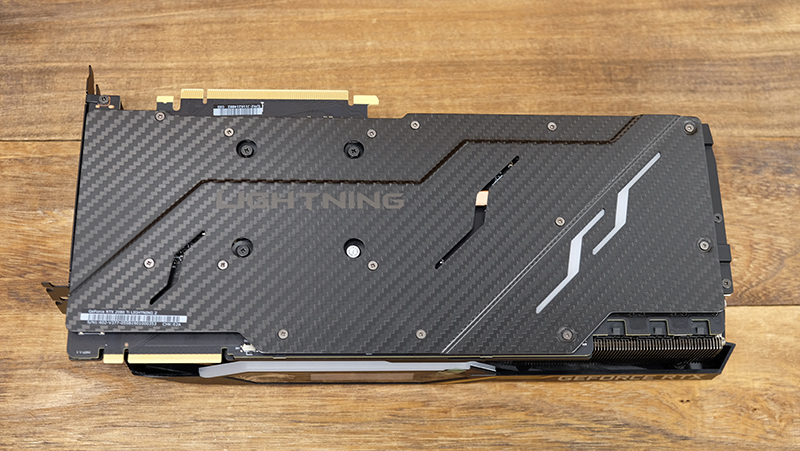 The black-and-gold cooling shroud really adds to the X-factor of the card, and it’s a rather striking change coming from the staid silver-and-black design of the GeForce GTX 1080 Ti Lightning Z.

The new Lightning Z boasts a base clock of 1,350MHz and boost clock of 1,770MHz, which is the highest of all the cards in this shootout. The gargantuan triple-fan cooler features three Torx 3.0 double ball bearing fans for greater longevity, The fans comprise two 100mm and one 90mm spinner and are designed to channel air more effectively through the finned heatsink. They use a mix of dispersion and traditional fan blades, where the former has a special curved blade that accelerates airflow while the protrusions on the latter push air down to the heat sink for better static pressure. 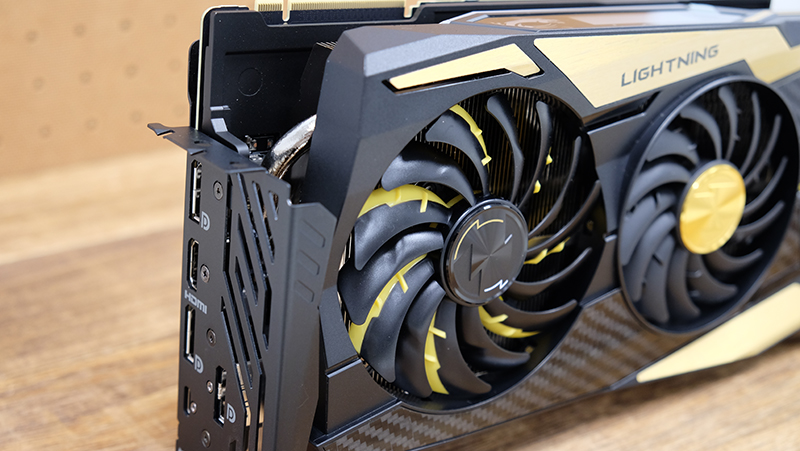 The heatsink itself also has what MSI calls “rugged-edge” fins that supposedly guide air through the heatsink more smoothly, thus resulting in less noise. In addition, the heatsink is paired with an array of two 8mm and six 6mm copper heat pipes that help dissipate heat throughout the entire fin array.

In fact, MSI claims that its design is capable of up to 700W of heat dissipation. The heat pipes don’t touch the GPU die though, and the card has a solid nickel-plated copper base plate that makes contact with the GPU instead, which seems to be the more popular approach today. According to the company, the heat pipes are also arranged very close together at the point where they touch the base to improve the efficiency of heat dissipation.

A separate metal plate sits between the heat sink and the PCB, and this makes contact with the VRM and memory components to help draw heat away from them as well. On top of that, the plate should further help reinforce the PCB and prevent bending. To cap things off, there’s even a heat pipe on the carbon backplate, so MSI is clearly leveraging everything it can here and the thermal system really looks quite robust. All told, the Lighting Z is a really large and heavy card, but MSI has also included a metal bracket if you want extra support for it in your case.

The card utilizes a 19-phase power design and three 8-pin connectors, so there’s no doubt that it was built for overclocking as well. Just as on the GALAX card, this amounts to up to 525W of power. One unique feature is the introduction of a BIOS switch that lets you switch between normal and LN2 modes. In LN2 mode, the power limit is raised to 350W, which should appeal to professional overclockers. In addition, the clock speeds also default to reference speeds, so overclockers can make adjustments by themselves.

There is one quirk about the LN2 mode though. MSI’s coolers usually support semi-passive operation by default, but this is not the case with the Lightning Z. Instead, the Zero Frozr feature is only active in LN2 mode, which is weird because it’s not like anyone is going to attempt LN2 overclocking with the fans still on.

That said, MSI has paid considerable attention to the card's appearance as well. The fans sport an impressive selection of visual customizations, where you can control the colors and choose how many fan blades will be perceived. In addition, there's a Dynamic Dashboard OLED display that can display real-time information or custom animations. 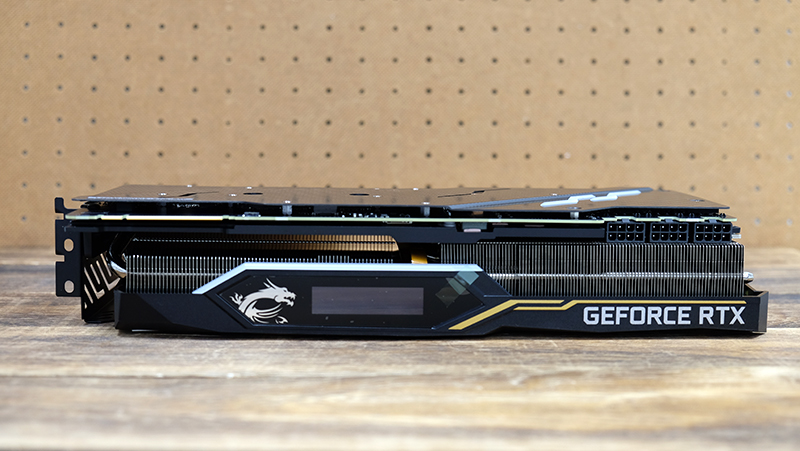 What’s more, there are addressable LEDs at the tips of the fan blades, which provide some pretty unique effects depending on things like fan speed. However, that’s probably also why the card no longer offers semi-passive operation by default, because these LEDs wouldn’t look good when the fans are not spinning. That said, the smaller middle fan doesn’t have any LEDs at all, a pretty odd decision.

Finally, the Lightning Z has the same selection of display outputs as the Founders Edition model, featuring three DisplayPort, one HDMI, and one USB-C port. 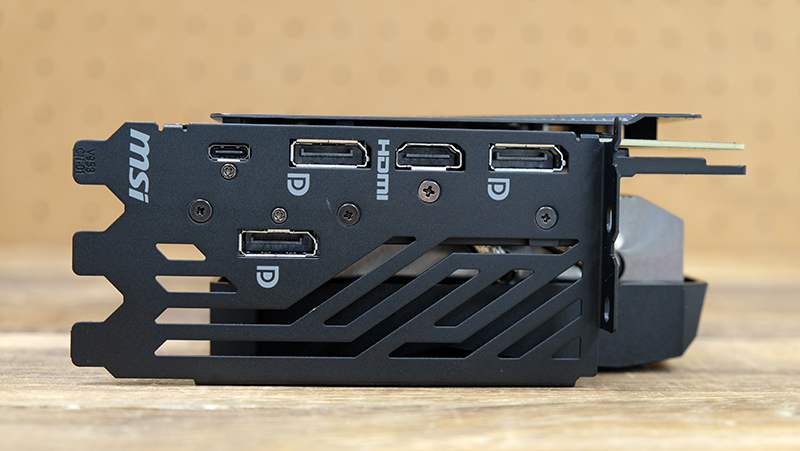