It's never easy picking a winner from a selection of super fast custom cards. More often than not, there are no significant differences in performance, and it comes down to things like design, cooling prowess, and price. Individual vendors may also choose to throw in additional features to add value to their cards, and these go a long way toward helping the cards stand out from the crowd.

Furthermore, while price is important, I'd argue that it matters less at this extreme. After all, I think it's reasonable to assume that most people looking at the GeForce RTX 2080 Ti have pretty much put budget considerations behind them and are more concerned about performance and what the graphics card has to offer. 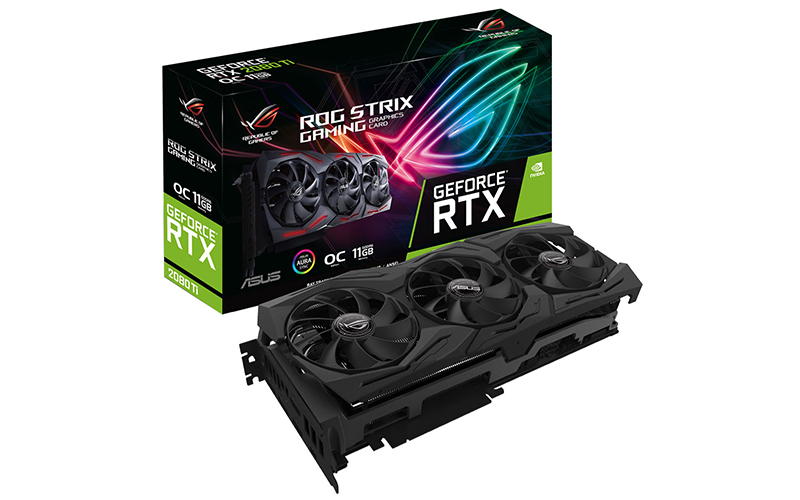 This was a hard choice, but the ASUS card ultimately inched ahead because of its performance in areas that really matter, such as cooling. Its excellent thermal performance was miles ahead of the competition, which helped it score huge points. The MSI GeForce RTX 2080 Ti Lightning Z may have had higher factory overclocks and proved the better overclocker, but the performance differential between the two cards was rather minuscule. Furthermore, it seems unfair to assign too much weight to overclocking performance given the possible variances between samples and the fact that most cards perform rather similarly (more so when overclocked). At the end of the day, the ASUS card offers a selection of features that is more useful to a wider audience, such as the BIOS switch to change fan profiles and additional RGB and fan headers. What's more, its performance out-of-the-box was excellent, without too much deviation between it and the MSI card - especially in real-world games. At S$2,359, it is one of the more expensive GeForce RTX 2080 Ti cards around, but what you get is great design, performance, and cooling. The MSI GeForce RTX 2080 Ti Lightning Z is the latest and greatest from the company, and it was a strong contender for first place. It has a lot going for it, including a truly standout design and lighting effects, aggressive factory overclocks, and good overclocking performance. It's clearly been over-engineered in many aspects, boasting three 8-pin power connectors and a massive cooling solution that even features a heat pipe on the carbon fibre backplate. It even has its own OLED display. However, it made some puzzling design decisions, such as only enabling semi-passive fan operation in LN2 mode and leaving the middle fan without any LEDs. At S$2,388, there's no doubt it offers an impressive feature set and performance, but the ASUS card just delivers far better cooling and a more thoughtful selection of features. That said, this card really is capable of some speedy overclocks, which is why it's getting our most overclockable product award. 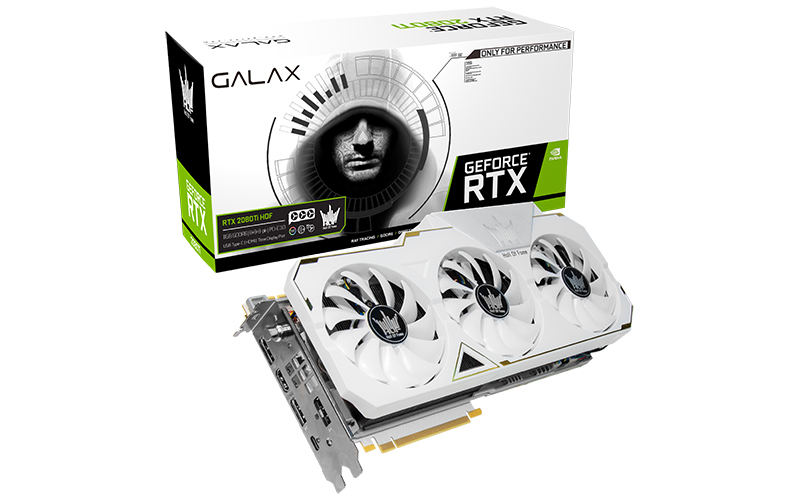 GALAX's flagship GeForce RTX 2080 Ti is quite the sight to behold. Its all-white design is still pretty unique, and it definitely stands out from the sea of its darker-hued brethren. In addition, it is equipped with a hefty cooler and comes with premium features like a customizable LCD display. However, its implementation falls short somewhat with its decision to include a cheap, gaudy crown for the LCD display. Furthermore, the display itself doesn't look anywhere as good as the one on the MSI card, which is really unfortunate. The card also doesn't even come with factory overclocks, which is surprising considering that GALAX is really pushing the overclocking angle on this card. There are some nifty-sounding AI features that supposedly help to modulate cooling and noise, but the card wasn't markedly less noisy or even that much cooler than the competition. At S$2,299, it is definitely pricey, but despite its rich selection of features and bundled accessories, it still feels like your money could be better spent elsewhere. The Palit GeForce RTX 2080 Ti GamingPro OC is the most affordable card in this shootout. It costs just S$1,799, so it's really quite a spartan option in comparison to the others. You don't get any fancy features like OLED displays or dual BIOS switches. Instead, the card ships with a modest factory overclock and a dual-fan cooler that does a reasonable job of keeping the GPU cool. Build quality does feel a little wanting compared to the competition as well, so you do really get what you pay for. The Zotac GeForce RTX 2080 Ti AMP Extreme Core is actually a pretty attractive proposition. It is well-designed and quite the looker, and it marries that with a fairly reasonable price tag of S$2,069. Better still, its factory overclocks are among the highest in this shootout, second only to the MSI GeForce RTX 2080 Ti Lightning Z. Cooling performance and build quality are decent as well, so it is quite a well-rounded card that dispenses with the bells-and-whistles found on the more expensive cards in favor of a really solid foundation.