Two Innovation awards were also given out in this year's Editor's Choice segment, with the aim of recognising innovative products and cutting-edge technologies that have emerged during the eligibility period.

2020 was the year Apple's Macs made another processor transition. This time from Intel to its own custom silicon. Headlining the transition was Apple's first custom silicon – the aptly-named M1. The M1 is built on a 5nm process and consists of 16 billion transistors. It has 8 CPU cores, 8 GPU cores, and a 16-core Neural Engine for machine-learning applications. The secret sauce, according to Apple, is a unified memory architecture that allows all components of the SoC to share a large pool of fast memory. This negates the need for copying and moving data around and improves performance and reduces power consumption.

The end results are nothing short of stunning. In tests, we found that the Apple M1 in a 13-inch MacBook Pro mostly outperformed a flagship-class Core i9 mobile processor and that it was capable of going toe-to-toe with a desktop-class Intel Core i7-10700K processor. But also equally impressive was how quiet and cool it ran. Unless it was doing extremely compute heavy workloads, the fan never came on. Battery life was impressive too and it could easily go and entire day without needing to charge.

Perhaps what's most amazing is that the M1 is only Apple's first custom silicon and it's likely going to be their least powerful. It will be very interesting to see what else Apple has up its sleeves this year. 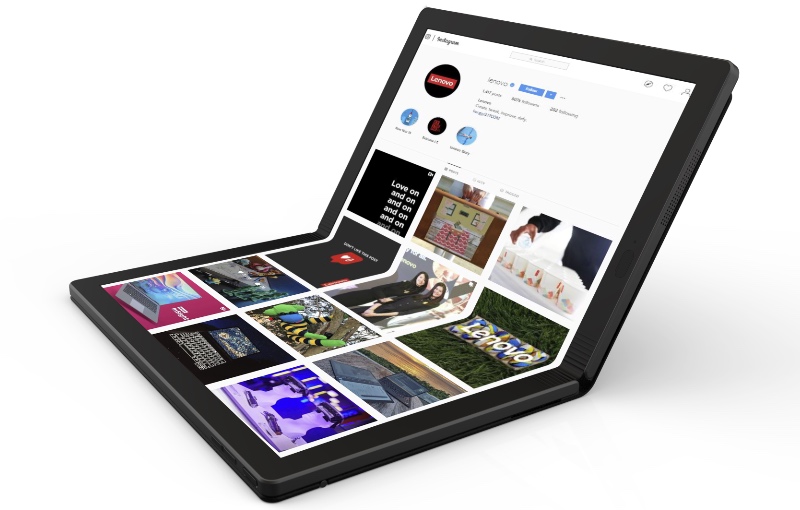 Massive props to Lenovo for creating the world's first foldable PC. Being first in anything is never easy and while the ThinkPad X1 Fold is by no means perfect, it shows a lot of promise. For a product that seems conceptual, the level of fit and finish is outstanding. Furthermore, the ThinkPad X1 Fold meets MIL-STD 810H standards of durability and that inspires confidence. The foldable OLED display is also stunning. Sure, there's a bit of a crease in the middle but it's hardly perceptible when the ThinkPad X1 Fold is fully extended. It's also powered by one of Intel's new Lakefield processors which features Intel's new big.Little architecture. Performance and battery life were both decent.

But most of all, what's exciting about the ThinkPad X1 Fold is its form factor and portability. When it's folded, it's only about the size of a hardcover book, which makes it really easy to carry around. And when you need to use it, you can quickly unfold it to reveal a large 13.3-inch display. No ultraportable notebook can rival the ease with which you can carry the ThinkPad X1 Fold around. It gives us a glimpse of what the future of mobile computing may look like. If and when foldable PCs become our computing future, we all have the Lenovo ThinkPad X1 Fold to thank.