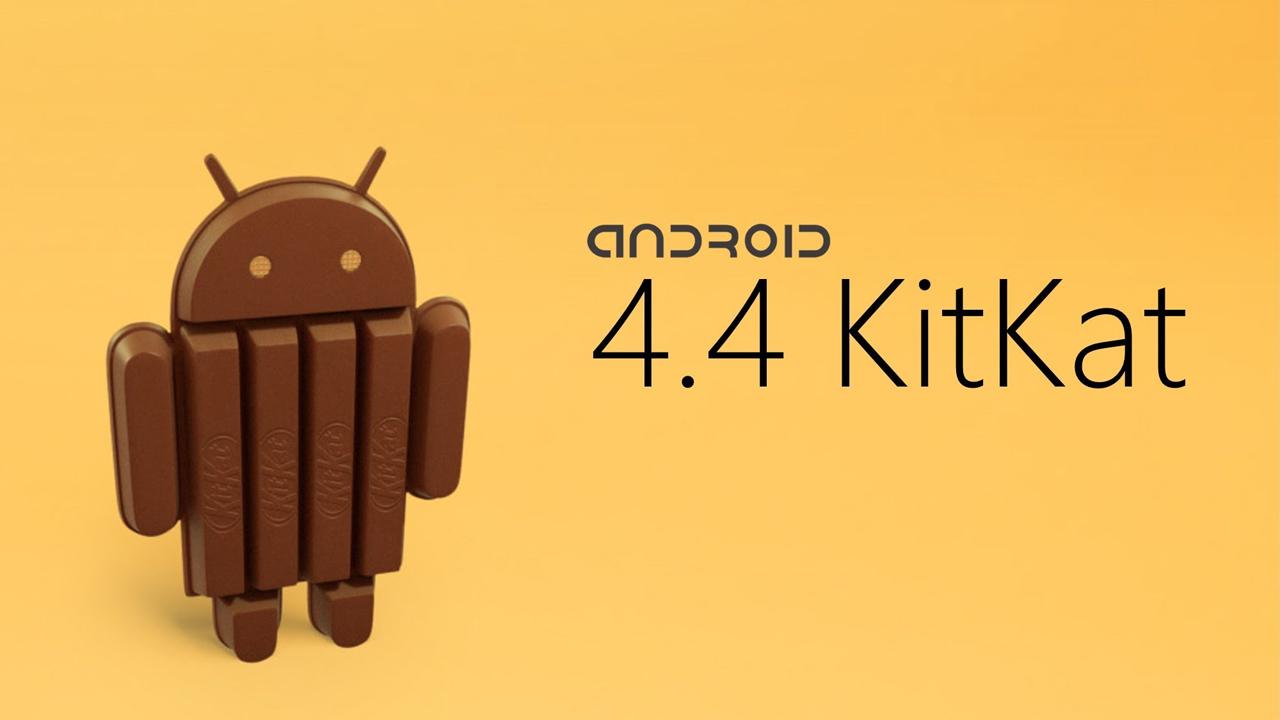 While it may look like just an excuse for some cross-promotional advertising with Nestle, Google’s latest Android update, 4.4 KitKat, announced alongside its latest flagship smartphone, the Google Nexus 5, represents a shift towards a simpler, cleaner design and an inclusionary attitude that will let it run well on almost any Android device. We take a closer look at some of its best features.

KitKat has made it much easier to get to Google Now – Google’s digital assistant/Siri alternative. Just like Motorola’s Moto X smartphone, you can now launch voice searches directly from the homescreen by saying “Okay Google”, or you can swipe to the leftmost screen to give you contextual information based on your location such as the current weather, nearby restaurants and attractions. 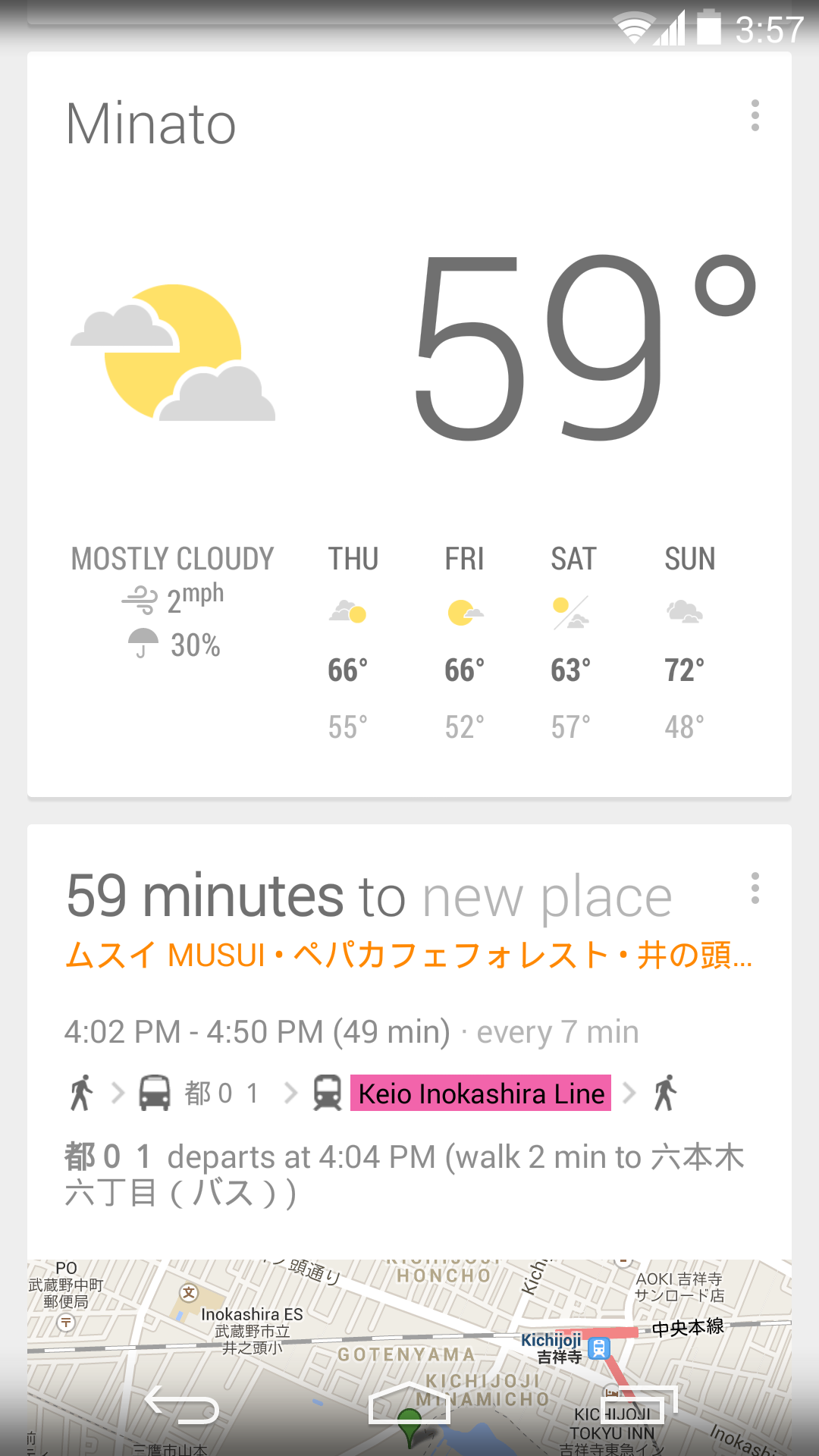 Google Now itself has also received some upgrades. Google says its 25 percent better at speech recognition, and if it gets a word wrong, you now tap it to replace it with the correct one.

Similar to the introduction of the M7 motion co-processor in Apple’s A7 processor, KitKat includes optimizations that allow Android to collect and deliver sensor events to apps in batches, rather than have each app actively tracking for individual events. This process should greatly reduce the battery drain of any apps using these sensors.

In addition, KitKat adds support for two new sensors: step detector and step counter. The former can recognize when a user takes a step and trigger an event as a result, while the latter tracks the total number of steps taken since the last device reboot. 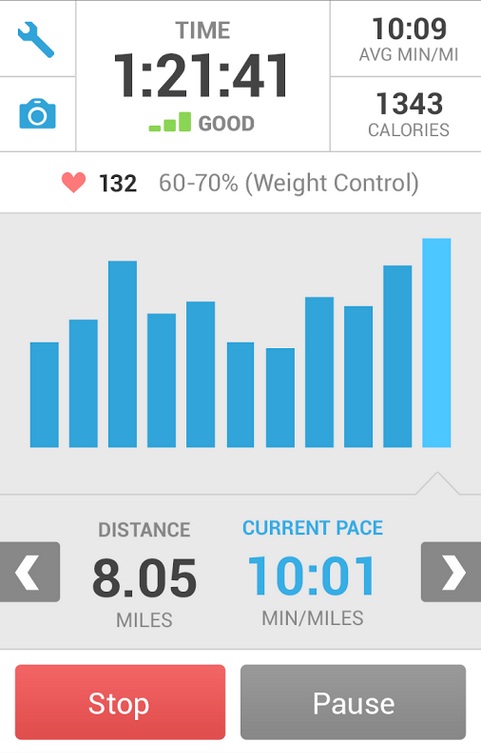 Google Hangouts now supports SMS and MMS messaging and has actually completely replaced the old default messaging app. This means you’ll be able to make voice and video calls, and send and receive SMS and Hangout messages all from the same place. 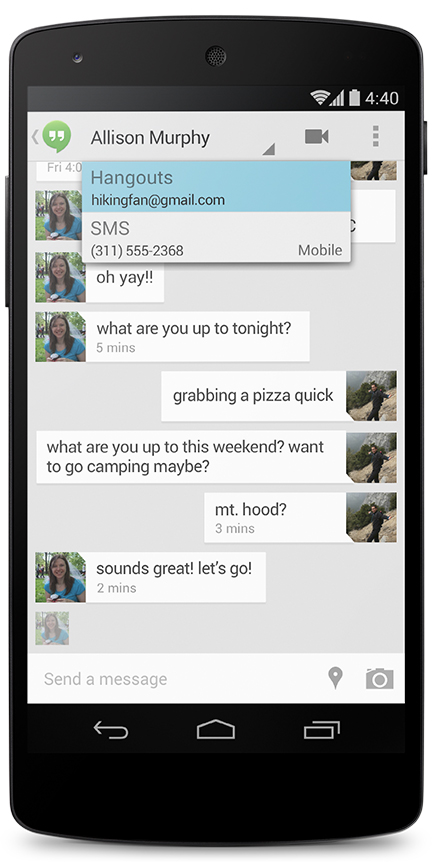 Screenshots are one thing but with KitKat you’ll be able to capture real-time video of what’s happening on your smartphone display. By default, the utility will select a resolution equal or close to your device's display resolution in its current orientation and save it as an MP4 file to your internal storage which you can then share directly, or transfer to a PC.

There aren’t many ways to improve basic functionality apps like the phone dialer, but KitKat’s does include a few new features. First of all, your contacts list now uses an algorithm to prioritize people based on who you talk to the most (based on who you call, and who calls you). Search has also been integrated into the phone dialer, so you can now search for a business by typing its name directly into the entry field. Finally, if you’re always getting calls from unknown numbers, you’ll appreciate how KitKat will attempt to retrieve caller ID information based on results from listings within Google Maps. 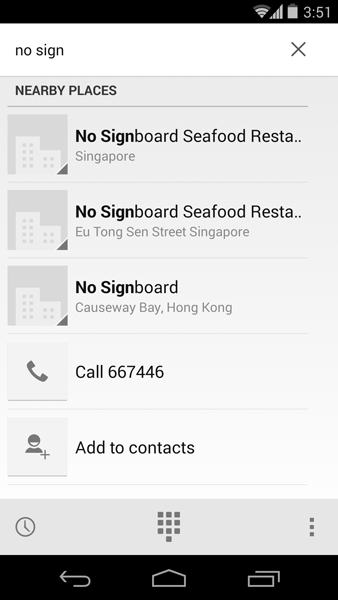 KitKat comes pre-installed with Google QuickOffice, an app that supports the editing of documents, spreadsheets and presentations created in Microsoft Office or Google Docs. The new version of QuickOffice has a cleaner look that's more in line with the rest of the OS and will automatically grab any documents that have been saved in your Google Docs and Google Drive account.

In addition, KitKat adds support for Google Cloud Print, letting you print documents and photos on any printer with Cloud Print support or HP’s ePrint. Google has also opened up the APIs for managing printing and adding new types of printer support.

Currently, all NFC payment transactions require both an NFC chip and a secure element (usually provided by an NFC SIM card). KitKat looks to do away with the secure element requirement by emulating it at the software level through HCE (Host Card Emulation). This should make it much more convenient for new users to get on NFC payment services as the NFC SIM card and its associated activation costs will no longer be required.

We're currently inquiring with the local telcos on how KitKat's improved convenience with respect to NFC secure element emulation play out in the local field. Stay tuned for a news update on this matter. Meanwhile, if you're interested to know more about NFC, how it works, who's involved and much more, check our NFC Tech Guide. 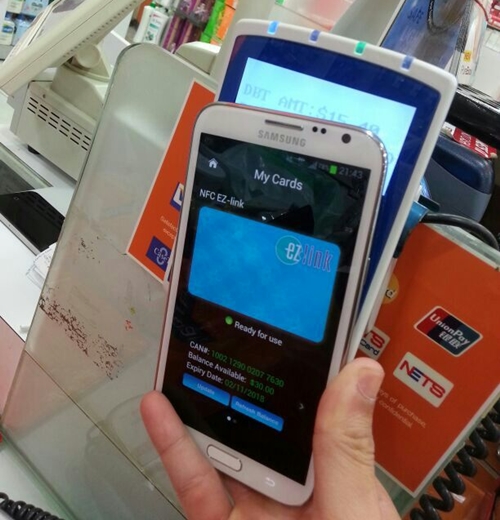 While 80% of the world now uses an Android smartphone, the majority of those phones aren’t top-of-the-line quad-core flagship devices. As such, Google is promising that KitKat will run fast, smooth and responsively on devices with as little as 512MB of RAM, the first time since Android 2.3 Gingerbread (released nearly three years ago in December 2010) that this has been possible. 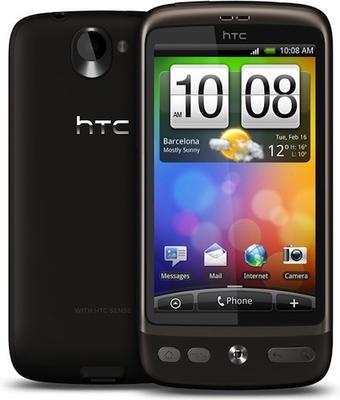 Google has achieved this by streamlining and optimizing every major component in KitKat to reduce memory usage. For example, according to Google’s Head of Android, Sundar Pichai, Chrome in KitKat uses 16 percent less memory than it did in Jelly Bean. Google has also introduced new APIs and tools to help developers create more memory-efficient applications. For example, app developers can now enable a "low-memory" mode, which can detect when an app is running on a lower-spec device and improve performance by reducing graphical flourishes and effects.