Office and workgroup printers have usually been laser-based due to their high workload, document print quality and speed. However technological improvements and lower production costs have helped bring down the prices of laser/LED printers have fallen due to technological improvements and lower production costs. Surprisingly, the quest to drive down cost per print also see the inkjet printer options among this class, thanks to ink tank printer evolution.

In this category, size and footprint are less of a concern compared to SOHO/home needs. Features, options and connectivity remain important but print load and size of prints also became factors to consider. The workload, cost of printing, speed and quality were still key criteria with the price/value being the final decision-maker. To keep things comparable, we decided to shortlist printers that were around the S$1,000 price point. 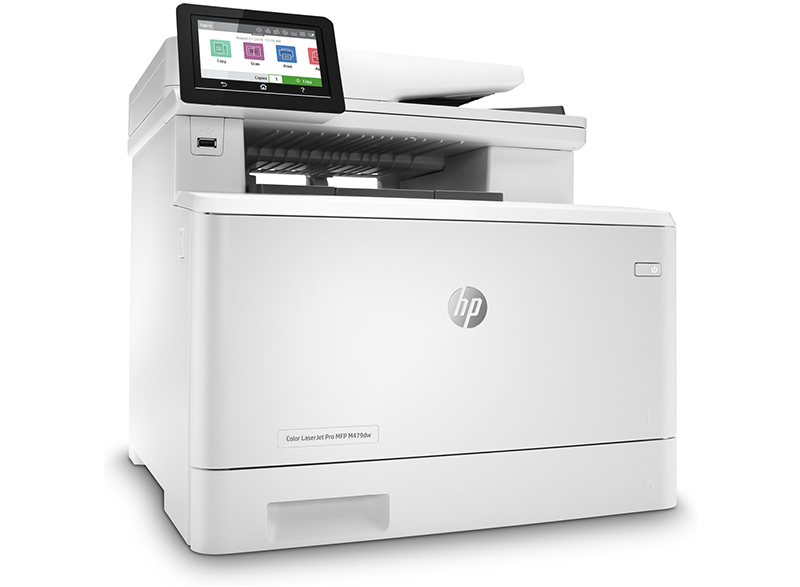 A laser-based printer, the HP Colour LaserJet Pro MFP M479fdw is of fairly standard size and weight for office deployment, which means it does take up space so it’s less suitable for those with small offices. One of its highlight features is the 4-inch LCD touch display. The screen was large enough to have a QWERTY keyboard on it. The menus are also straightforward and can be easily navigated.

We also liked the Wi-Fi connectivity options offered. It was one of the few tested that had 5GHz connectivity with no problems detecting our wireless networks in the test lab (as opposed to some of the contenders that could only latch on to the 2.4GHz network). It can print in full colour or monochrome at close to the stated 30 pages per minute and can auto-scan two-sided documents, thanks to its auto-document feeder.

We liked the speed of the printer, with the HP Colour LaserJet Pro MFP M479fdw being the fastest printers we tested. It was the fastest to print the first page and also our test document set. It was easily the fastest we tested and the results were not lacking in any way. The text prints were crisp and sharp. Serifs had no bleeding. The test images within the document also had the closest to true colours as seen on our screen and were sharp and clear with no colour saturation or bleeding.

But, while it could print pictures in documents very well, if you wanted to print actual photos it would be better to use an actual photo printer. That said, this is, after all, an office workhorse unit, so that's to be expected.