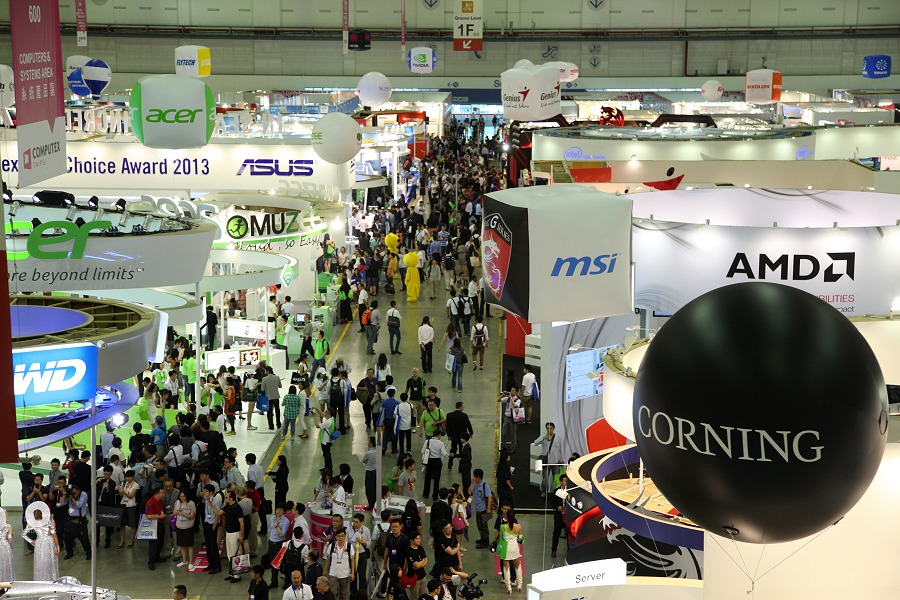 The yearly mid-year Computex at Taipei, Taiwan just concluded a couple of days ago and boy was it interesting.

While Computex has and still is heavily associated with computing technology and PC components, never has it been as exciting as this year. We all love faster technology like new processors and memory, but there comes a time when you think about what can you achieve with the increased processing throughput besides just boasting about better benchmarks. What's crucial is to innovate products and technology that can improve our daily lives and put all that processing throughput to good use. Microsoft attempted to engineer a new way to interact and use our computing devices through the Windows 8 operating system and nearly a year after it has gone into RTM stage, we're continuously seeing manufacturers coming out with new products, devices and means to take advantage of this touch-focused OS for serious computing and entertainment. The developments at Computex 2013 clearly builds upon the existing traction.

This year at Computex, Intel took the limelight to extend its focus on thin and light computing with the new Intel 4th generation Core processors (codenamed Haswell) that not only brings about better performance, power efficiency and performance per watt, but is also the first performance computing part that will be available as a single SoC (System-on-Chip) package variant thus eliminating the external chipset. It is also the first Core microarchitecture processor to work at power levels as low as just 6W. This has unleashed a whole slew of sleek sleek notebook/tablet form factors and even the 2-in-1 devices that can convert between either operational modes. Sony’s new Vaio series of notebooks exemplify this perfectly and we’ve covered them in further detail with hands-on articles of the Vaio Duo 13, Viao Pro 11/13 and the Vaio Fit. Yet another showstopper is Razer’s refreshed Blade and Blade Pro ultra-sleek gaming notebooks. For hardcore users, the ASUS ROG G750 is an update of their existing gaming notebooks with the latest processing platform and offers lots of configuration options (but it still weighs 4kg though). Meanwhile, ASUS also attempted to re-think the usability of the humble mouse with the introduction of the ASUS VivoMouse that’s suitable for touch-centric OS systems like Windows 8.

We also noticed the gaming theme was even more strongly played by various brands and their offerings than ever before. ASUS, Gigabyte and MSI all had extravagant new motherboards on show, using the Intel Z87 motherboard platform controller hub (PCH) for enthusiasts and overclockers – each with a unique set of offerings and design to appeal to different needs and tastes. To accompany these over-the-top platforms, Gigabyte showcased the first custom-cooler equipped GeForce GTX Titan graphics card (the fastest single GPU), while Corsair had some wickedly fast overclocking memory rated for DDR3-2933MHz designed with an 8-layer PCB and comes in densities as high as 64GB per module! On the not-so-extreme front, MSI probably had the first real gaming-grade AIO machine with its 27-inch AG2712A machine sporting an AMD Radeon HD 8970M GPU but was still paired with an Intel Ivy Bridge processor. It’s only a matter of time before it gets a Haswell refresh. Speaking of AMD, they’re still going full steam with their Fusion initiative and unveiled the Richland, Kabini and Temash APUs targeted at desktops/notebooks, low-powered notebooks and tablets respectively.

Even in the areas of storage, Computex has become the hotbed to showcase such innovations as they are crucial to the design of mobility products. While WD announced it began shipping the world’s thinnest 1TB HDD in a 2.5-inch, 7mm thin form factor, it is Seagate that made the most impact as it showed off its ultrathin 5mm thick, 2.5-inch form factor 500GB HDDs. Ideal for notebooks and even tablets, the sleek size of these drives will ensure devices can have sleeker aesthetics or more room to house a larger battery capacity or other such trade-offs. And the best part is that Seagate even showed off a working tablet using this HDD and it has the same thickness as an Apple iPad.

Last but not least, we cannot overlook Intel’s push for perceptual computing with a US$100 million dollar investment fund to fast-track software and app development to better utilize touch, gesture, voice, motion sensing, biometrics and others to bring about the next level of computing experiences. To exemplify how this will work to the users’ advantage, Intel showcased a demo with the Creative Senz 3D gesture camera that will be available in the third quarter of the year. Intel hopes that such advanced 3D depth analysis based camera technology may be incorporated within the next notebook platform by mid of 2014. Meanwhile, NVIDIA showed off their ‘GPU-accelerated’ stylus support through an NVIDIA Tegra 4 development kit based tablet. You can expect devices based on this new mobile chipset by later part of this year.

There were plenty of other interesting gadgets and happenings worthwhile mentioning (such as the below Smartwatch), but we've curated the best of the show for your viewing with articles linking to the top show highlights - including a whole article dedicated to show girls from Computex 2013. Enjoy! 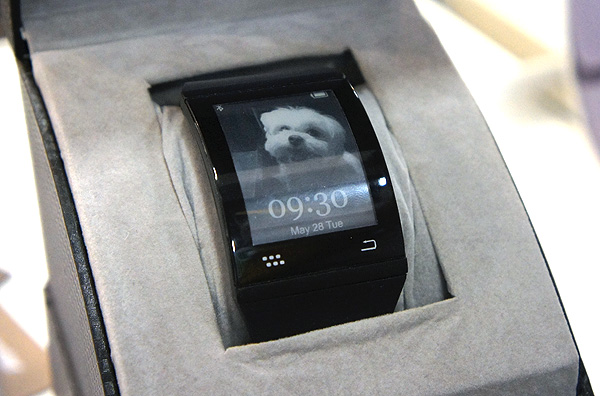