Highlights of the 2012 International CES

In case you didn’t know, the 2012 International CES - the world’s largest consumer technology tradeshow featuring more than 2,700 exhibitors - is taking place in Las Vegas from January 10 to 13. In fact, since the 8th, we’ve been bringing you the latest tech announcements from The Entertainment Capital of the World, and we’ll continue to do so till the CES curtains fall. 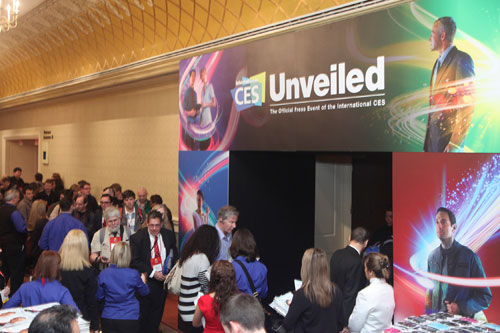 So, what have impressed us so far now that we've come to the conclusion of CES 2012? For a start, we’ve seen some pretty amazing TVs such as LG's 84-inch 3D Ultra Definition TV and 55-inch 3D OLED TV, Samsung’s first 55-inch Super OLED TV, and Sony’s 55-inch ‘Crystal LED’ display. Even Lenovo is showing off a 55-inch Android 4.0-based TV. Is 2012 going to be the year of OLED TVs (suddenly, 3D seems so yesterday)? We shall see.

How about the mobile front? While we’ve witnessed first hand what Qualcomm’s new Snapdragon S4 processor is capable of, we also came away impressed by the company's various wireless solutions that range from practical applications to innovative options. It’s also really nice to see Qualcomm and Sesame Workshop working together to bring Sesame Street characters onto mobile devices - by way of augmented reality technology, that is. Huawei was also on deck to show us its pair of Android 4.0 smartphones, the Ascend P1 S and P1. On the tablet side of things, we had to reach for a ruler to see if the Toshiba Excite X10 is really 7.7mm thin.

We also attended Microsoft CEO Steve Ballmer’s keynote and it’s perhaps of no surprise that the company’s focus this year will be on getting Windows 8 ready for prime time. Remember, this new OS will run on both PCs and tablets, and support both x86 and ARM processing architectures. The Redmond-headquartered company and NVIDIA also showed us a Windows 8 tablet running on a Tegra 3 ARM-based processor. If you think you've known everything about Tegra 3, think again. NVIDIA has just spilled the beans on two more features of its mobile super processor. The graphics chip giant also shared with us other possible applications for these Tegra chips (hint: cars). There's plenty of action going on over at AMD too. The company is now furiously working on getting its Fusion APUs ready for tablets, among other stuff.

If 2012 isn’t going to be the year of OLED TVs, it surely is going to be the year of Ultrabooks. Acer’s 13-inch Thunderbolt-equipped Aspire S5 has caught us attention, as do Lenovo’s IdeaPad Yoga, which is both an Ultrabook and a tablet, and Dell’s XPS 13. And we've spied more over at Microsoft's booth. Intel on the other hand has shared with us that it’s now exploring other user interaction methods (such as speech recognition) to improve user experience on these super-slim notebooks. Think Siri for Ultrabooks, and you get the idea. And finally, it looks like we’re going to see smartphones based on Intel’s architecture (previously codenamed Medfield) pretty soon. The first wave of smartphones using Intel processors is going to come from Lenovo and Motorola Mobility; the latter has already inked a multi-year, multi-device strategic relationship with the chip maker.

Of course, CES isn't just about TVs and mobile devices. There are many other CE and IT products on show, including (but not limited to) digital cameras (yes, we managed to spend some alone time with the Fujifilm X-Pro1, Canon PowerShot G1X, and one particular 'smart camera'), lenses, networking devices, storage devices, PC components, and gaming devices. To prevent you from being buried by the deluge of news, we’ve curated a list of major CES announcements and feature articles right below. But, if you're not too keen on sifting through tons of reports that we've been churning out during CES 2012, we have a quick summary of the biggest trends from CES 2012 in this video roundup:

Lastly, do check out our Facebook page and feel free to voice your comments; we've also posted photos of quirky items spotted at the show there.