Everyone loves a big screen. And there’s no better way (economically speaking, especially) to achieve that than with a projector. Indeed, instead of buying that jumbo 65-inch TV, why not get a projector that can comfortably do 100 inches for a fraction of the former’s price?

The reason is simple: in an ideal world, a home theater projector is best used in, well, a home theater, with plenty of space (remember, you need room for other equipment and furniture too) and dimmable lights. Sadly, most of us have living spaces that have less than ideal conditions to accommodate a projector, which is one big reason why despite knowing all the benefits a projector brings, and the ever falling prices, many have yet to make the jump.

And this is exactly how BenQ is pitching its new W1080ST short throw projector at the Lenbrook Asia showroom this morning. A single-chip DLP projector, the W1080ST supports full HD 1080p natively, as well as 3D. For the latter, various 3D formats are supported, such as 3D field sequential, 3D frame packing, 3D top-and-bottom, and 3D side-by-side. Have an NVIDIA GeForce GPU-powered PC or notebook? No problem - the W1080ST supports NVIDIA 3DTV Play for PC based 3D viewing and 3D gaming.

Of course, the biggest selling point of the W1080ST is its short throw capability. With a throw ratio of 0.69-0.83, a 66-inch image can be projected at just a meter away. A 1.2x zoom lens offers further flexibility in placement adjustment, and a SmartEco mode claims to prolong the lamp life to as much as 6,000 hours. 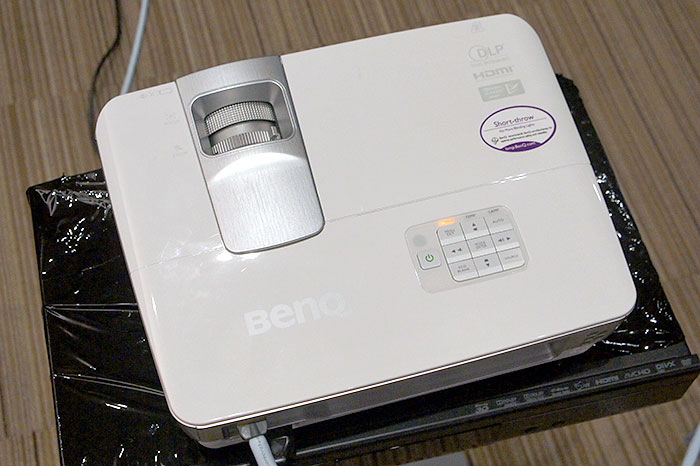 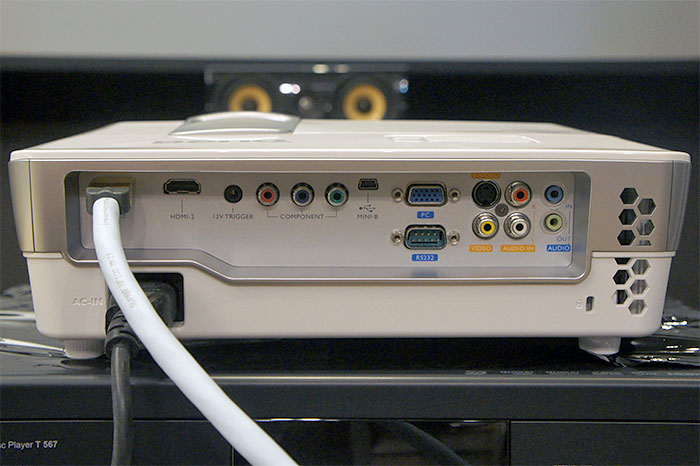 Despite our limited time with the W1080ST, the experience was relatively positive. Rated at 2,000 lumens (lower under Cinema and 3D modes, naturally), light output was more than sufficient, and you could even expect a decent projection experience with some of your ceiling lights kept on. Colors were for the most part natural-looking, and pixel structure wasn’t evident despite the relatively close viewing distance. While we could detect hints of the ‘rainbow effect’, your mileage may vary in trying to spot it.

Now, home theater enthusiasts might scoff at the idea of a single-chip DLP home theater projector, but one could argue that the intended group of users for the BenQ W1080ST is different from the traditional group of enthusiasts, when you consider its built-in speaker, short throw projection with manual zoom control, and fairly comprehensive set of I/Os. From BenQ's perspective, this is an ideal candidate for smaller living spaces to project a big screen (even with the usage area being lit) with full HD resolution, as well as for use with game consoles, mobile devices, and traditional set-top players. In essence, you could even do away with bulky AV receivers and speakers, and connect your devices directly to the projector; the decently loud audio (10W monaural) is definitely sufficient for a small room, especially if you aren't looking for fancy audio effects.

BenQ also took the opportunity to show us two of its other W series home theater projectors - the W1200 and W7000+.

In a nutshell, the W1200 (which has been in the market for a while now) is also a full HD 1080p projector with dual HDMI inputs like the W1080ST. A key feature is a frame interpolation mode for minimizing motion blur and judder for fast moving scenes like those in sports and action movies. With better components like a 4x-speed color wheel, optics consisting of 12 lens elements, and 10-bit processing, the W1200 aims to provide - in BenQ’s own words - top-of-the line enjoyment. The W1200 also offers users quite a good degree of setting customization, including two optimized modes, ISF Day and ISF Night. 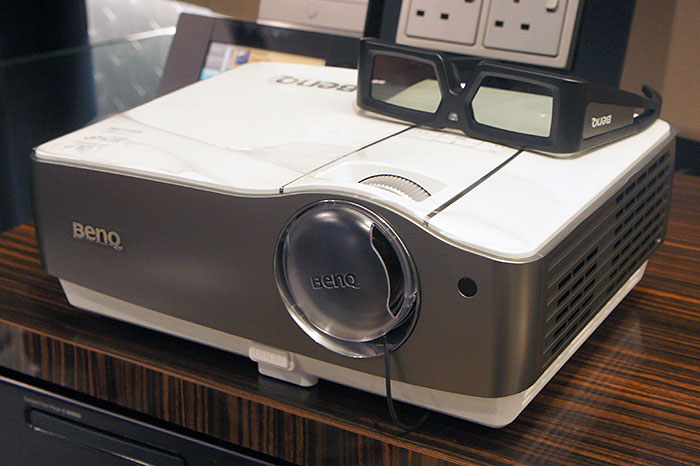 The other projector is the flagship W7000+. A 3D full HD projector, it offers a 1.5x zoom lens, lens shift control, two HDMI inputs (version 1.4a, no less), native Rec. 709 color gamut, a high 50,000:1 contrast ratio, independent gain, saturation, and hue control for six primary colors, and the abovementioned ISF modes. Furthermore, you can use a Panamorph lens to eliminate letterboxing (that is, the black bars at the top and bottom of your screen) of your 2.35:1 aspect ratio content. For those keeping tabs with BenQ projectors, yes, the W7000+ seems to be identical to last year’s W7000, both in terms of specs and design. We’ve asked BenQ on what’s changed, and will update this article when we hear from them. An educated guess is that there may be a minor component or firmware change that warrants a new model number. (Update: According to BenQ, the W7000+ is a minor update to the W7000; the difference is that it sports 'circuit board improvements'.) 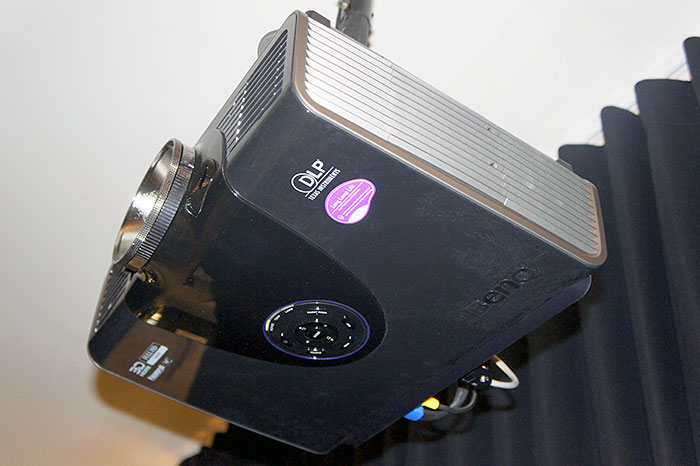