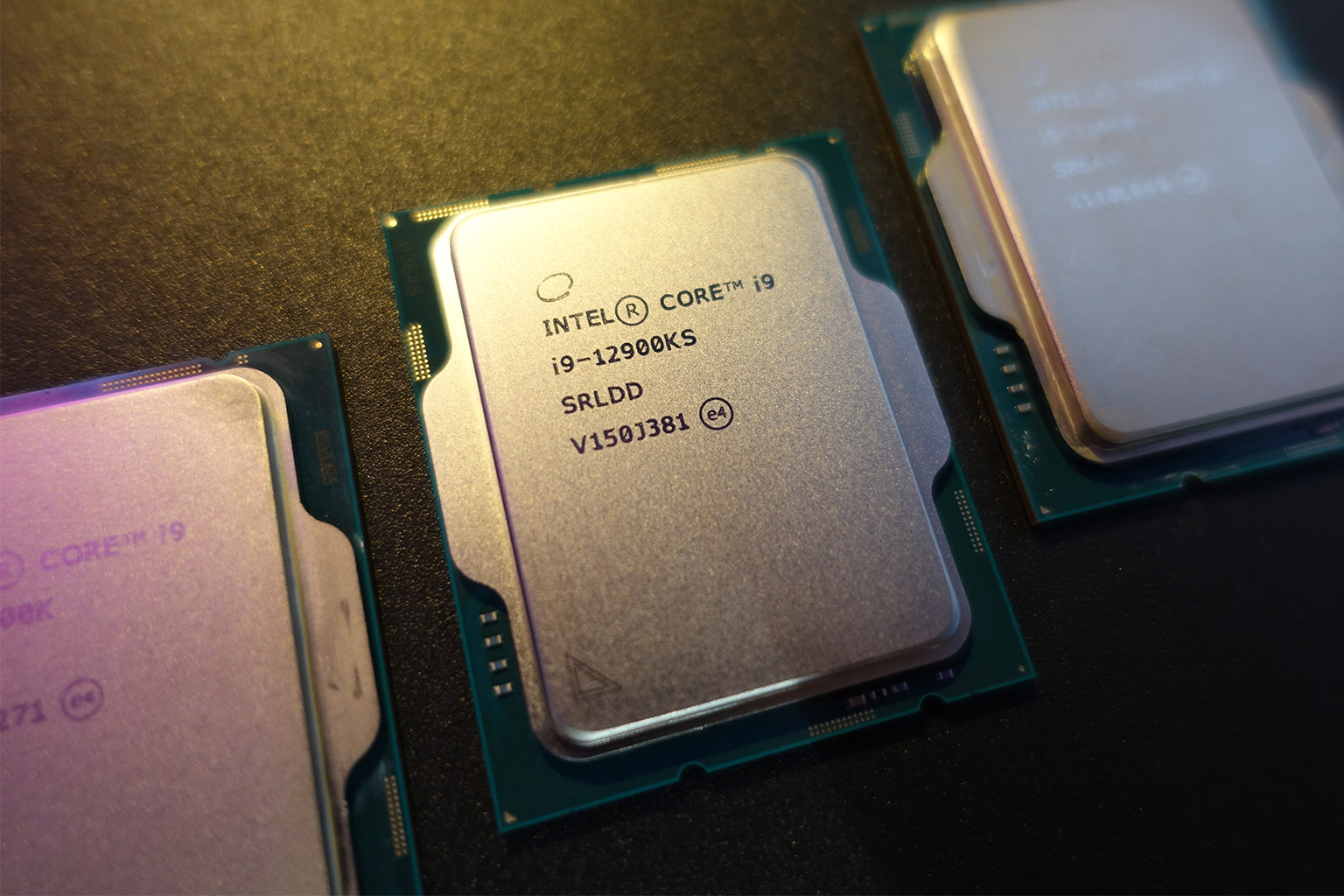 When I reviewed the Intel Core i9-12900K processor late last year, I called it Intel’s best flagship and the fastest gaming processor of 2021. In fact, we were so impressed with Intel’s work done on its 12th Gen Core (Alder Lake architecture) that we awarded it an Innovation Award at this year’s Tech Awards.

But Intel apparently had one last trick up its sleeve – the Core i9-12900KS Special Edition. Launched earlier this month, the new processor is not exactly new. As its name suggests, the i9-12900KS is essentially a “souped-up” version of the i9-12900K, a golden sample with the best i9-12900K silicon if you will. This isn’t the first time that Intel has done a “KS” special edition processor though – remember the i9-9900KS Special Edition? 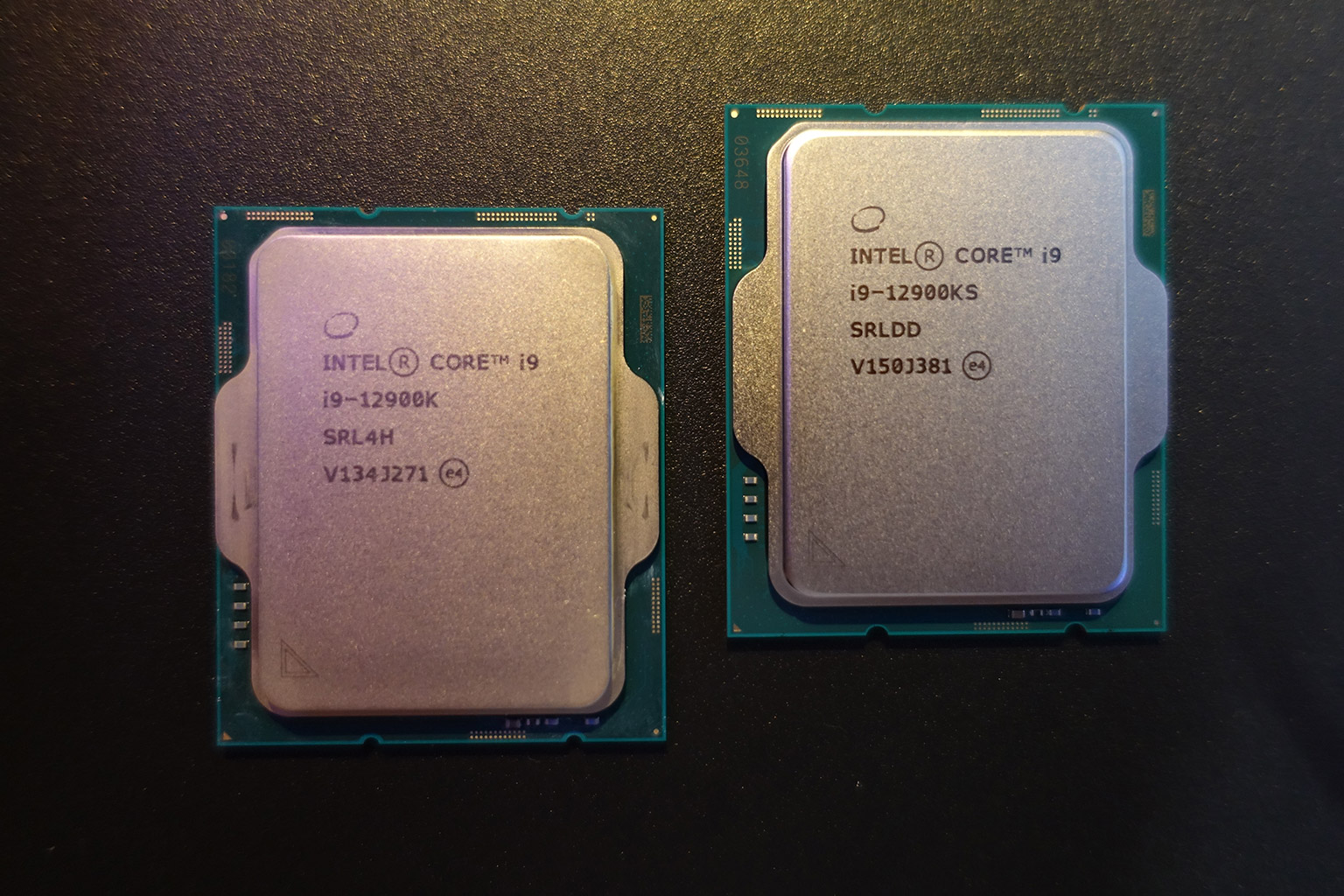 Anyway, the i9-12900KS is – obviously – built on the Alder Lake architecture and is functionally the same as the i9-12900K. That means it shares the same 16 hybrid core architecture (eight Performance and eight Efficient cores), 30MB of shared L3 cache, supports DDR5 memory and more, which you can read about here. But it does come with a higher base clock of 3.4GHz and a maximum turbo frequency of 5.5GHz over the i9-12900K’s 3.2GHz and 5.2GHz respectively. This additional power has a consequence though; the i9-12900KS has a TDP of 150W, up from 125W, for what is just a very small six per cent boost over the original CPU.

Perhaps the most interesting feature of the i9-12900KS is the return of Intel’s Adaptive Boost Technology (ABT). ABT was first introduced with the 11th Gen i9-11900K (Rocket Lake) but was oddly not included in the i9-12900K. What it does is that it allows dynamic all-core turbo frequency adjustments when four or more cores are active. This feature doesn't have a guaranteed boost threshold, and will vary based on chip quality, your cooler, and power delivery.

But the million-dollar question is, how does the i9-12900KS compares to the original CPU in performance? Let’s find out.

My Intel-based test platform for the new processor remains the same as the one previously used to review the Core i9-12900K. So, the configuration includes the following components:

My benchmark focus will be on CPU performance, where possible, like Ashes of Singularity: Escalation and Horizon Zero Dawn. The list isn’t exhaustive by any measure but there are enough different game engines and APIs variety to give us an idea of broader performance trends. I have also enabled ray-tracing on games that support this feature 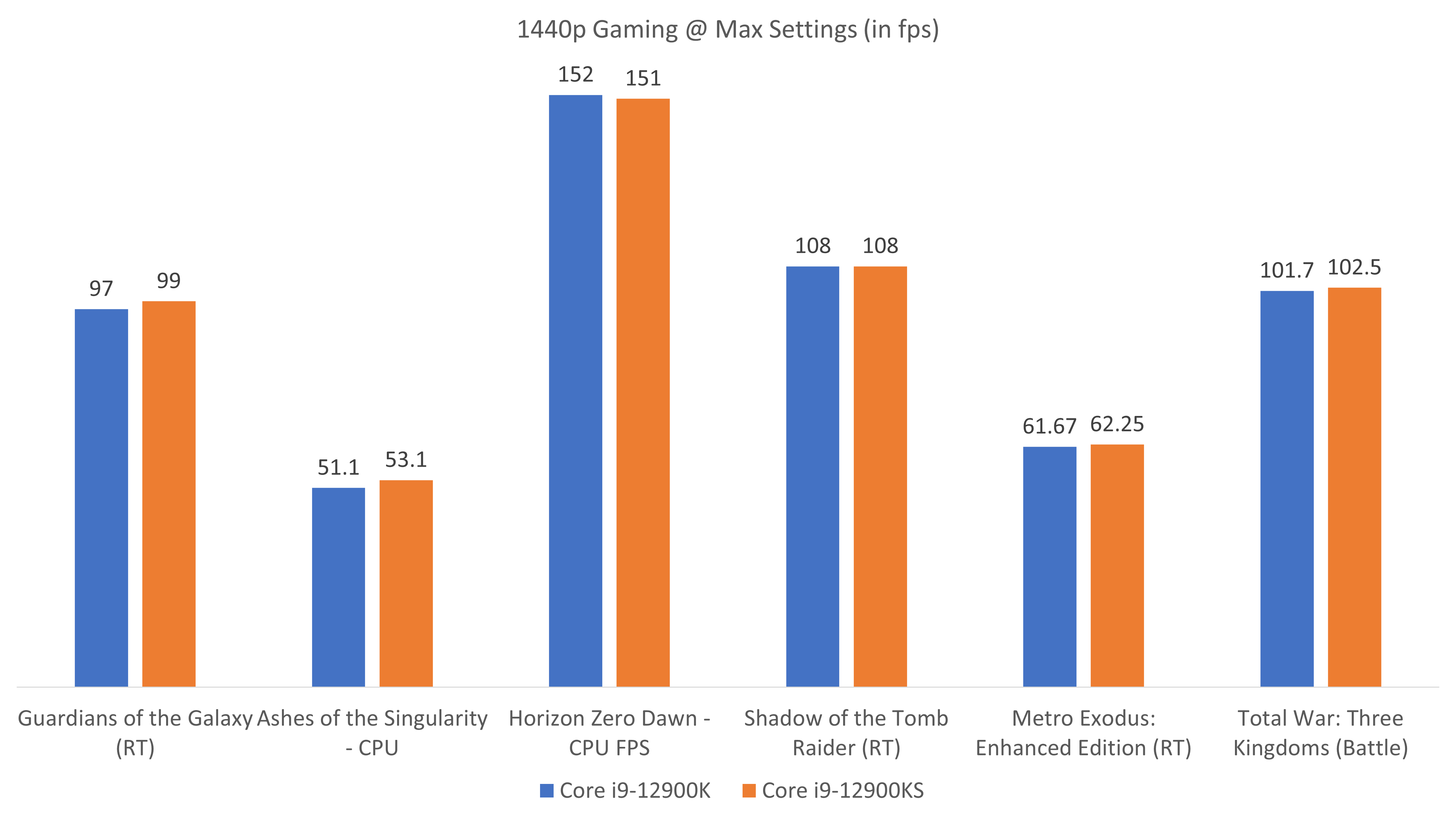 1080p benchmarking is a great measure of a CPU’s prowess, no thanks in part to high-performance gaming cards such as the GeForce RTX 3080 Ti used in the benchmarks here. You see, at lower resolutions, the GPU can process and transfer data much quicker than at higher resolutions. A CPU bottleneck happens here because the processor cannot keep up with the processing speed of the graphics card. The CPU, after all, is responsible for processing real-time game actions, physics, UI, audio and other complex CPU-bound processes.

The reverse is also true at higher resolutions when the GPU takes more time to process the higher data load (more textures, etc..) and becomes the bottleneck. With 1440p, we start to see this happening, where the gains – albeit marginal ones – scored by the i9-12900KS earlier are pared down. Almost equal, even. Then in the 4K benchmark results, we can see how both processors achieved performance parity because, at such high-resolution, it’s the graphics card you use that matters more.

In short, the results here pretty much speak for itself. Both the i9-12900K and i9-12900KS are absolute monster performers when it comes to gaming. Unsurprisingly, the new i9-12900KS outran the original CPU. What’s also unsurprising however, is that the results aren’t that all impressive for the i9-12900KS – where performance gains in games are just about 5-6 per cent at best. Basically, the increased clock frequency of the new CPU doesn’t amount to much here. Again, we are seeing similar performance results for productivity and content creations. The i9-12900KS clearly, and unsurprisingly, leads the slightly older i9-12900K but not by much. If you already own the i9-12900K, there’s really no point in upgrading to the more power-hungry i9-12900KS just to save on a couple of seconds for your video renderings. The Core i9-12900KS deservedly sits at the top of Intel’s 12th Gen Core stack of processors, but at what cost? A quick search on Shopee shows the CPU going for between S$1,149-$1,188 while the original i9-12900K can be bought for S$890 at the same e-store. That’s almost a S$300 premium to fork out for an almost negligible gain in performance – when compared to the next best i9-12900K. But if you have a blank cheque and wants to shop for the absolute best-of-the-best CPU for, I don’t know, to pair with that new GeForce RTX 3090 Ti, and build a space rocket, find a cure for cancer, or simply just to brag that you have the most powerful gaming PC on the planet, then the i9-12900KS certainly has that appeal. Otherwise, it doesn’t.

Because that’s what it is, the i9-12900KS may not be the most bang-for-buck processor, but it certainly has that “brag” appeal. Especially for Intel.

The Core i9-12900KS never felt like it was a processor that Intel intended to sell at high volumes to begin with. It's a hero CPU for the company. After its struggles in the high-performance computing space (for consumers) and the disappointing 11th Gen series – Intel even skipped making a “Special Edition or KS” edition processor for it – over the past couple of years, the 12900KS is, for all intent and purposes, about Intel making a statement that it's back in the game, and recapturing some of that lost innovation swagger.