Beauty in Simplicity: First looks at the KEF LS50 Wireless

KEF’s LS50 series of passive bookshelf speakers made waves when they were released back in 2012, gathering rave reviews for having large sound despite their small size. The performance across the audio spectrum was also highly rated, with the one knock being that you had to be careful with your pairing of components to achieve the optimal sound. 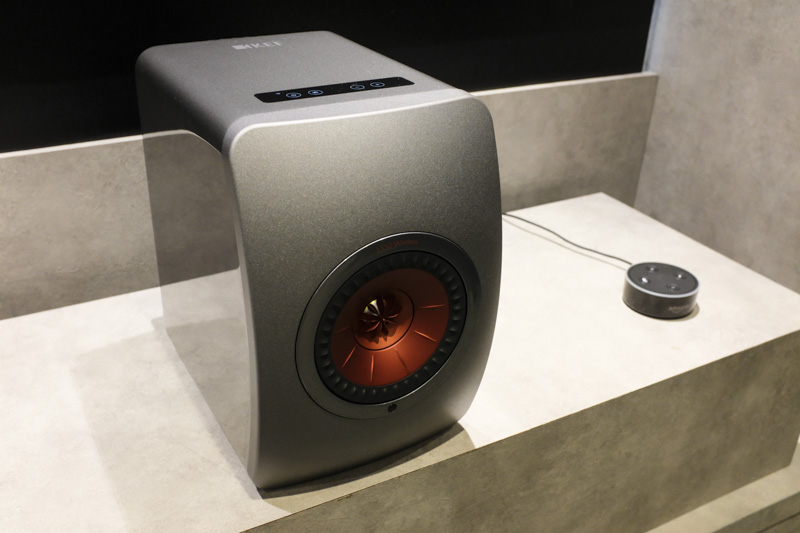 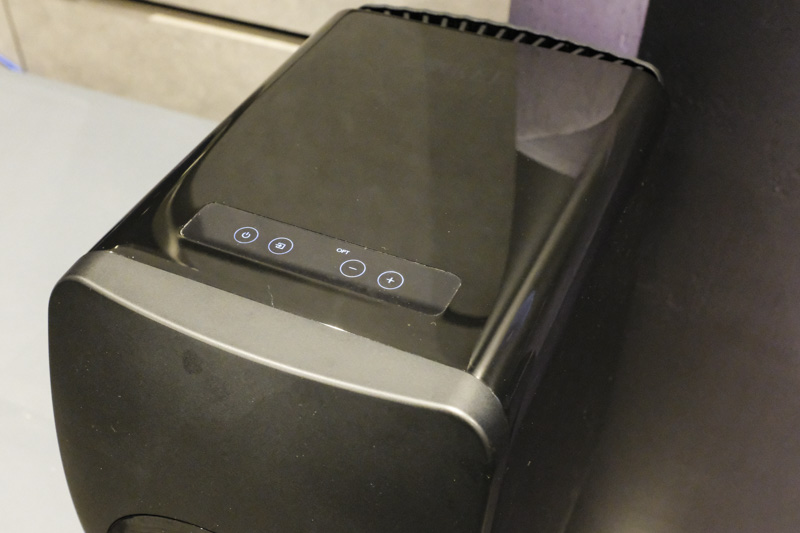 That’s been solved with the LS50 Wireless. A complete and fully active music system, the LS50 Wireless brings all the modern smarts you would expect, from touch controls to a built-in microphone to communicate with devices like the Amazon Echo Dot pictured above. The speaker implements an end-to-end HRA (high resolution audio) digital signal path, with a dedicated 192kHz/24bit DAC for each channel, and comes with a streaming pre-amplifier and two 230-watt amplifiers in a bi-amp mono configuration. 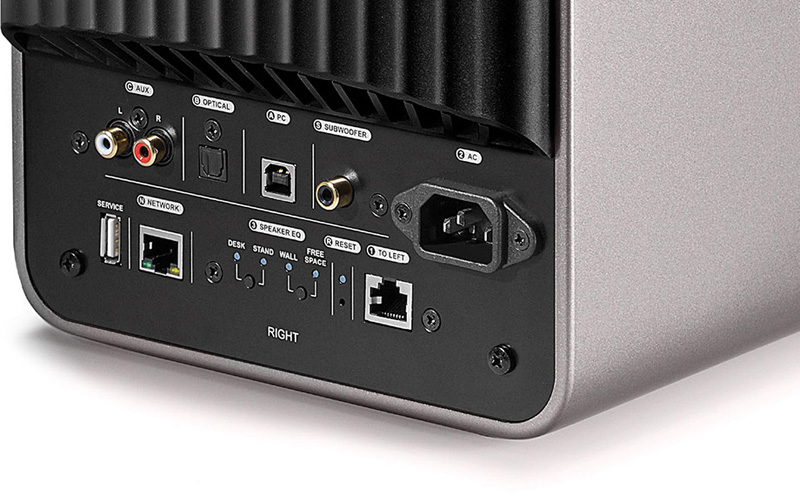 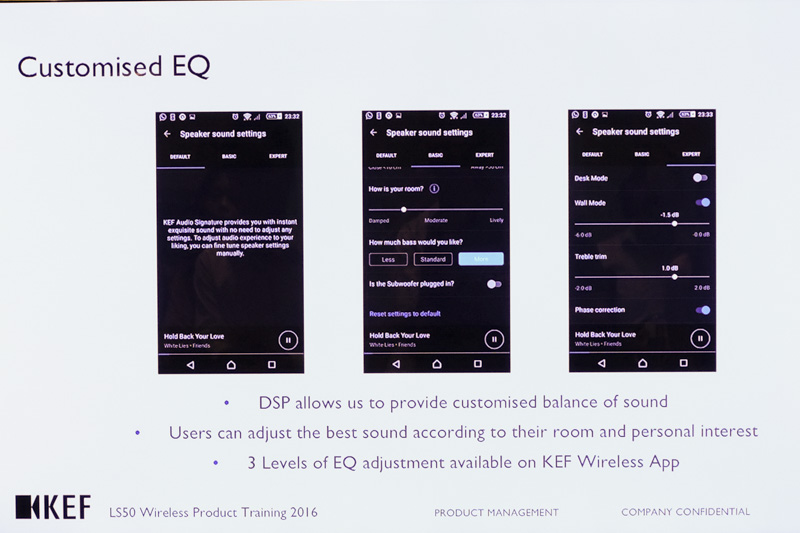 It supports 2.4GHz/5GHz Dual-band Wi-FI, Bluetooth 4.0 (with aptX), Asynchronous USB Type B input, TOSLINK Optical and RCA Phono inputs so you can easily hook it up to almost any source. Standard Ethernet cabling is used between speakers to better support the digital workflow, and there’s app support for both iOS and Android, which lets you stream music, control playback, and do EQ adjustments from your smartphone.

Even calibrating the speakers based on where they are placed has been simplified, with simple buttons at the rear of the speaker to adjust their configuration. Whether you have the speakers on a desk in front of a wall or a pair of weighted stands in open space, just a few button presses will have the speakers optimized. 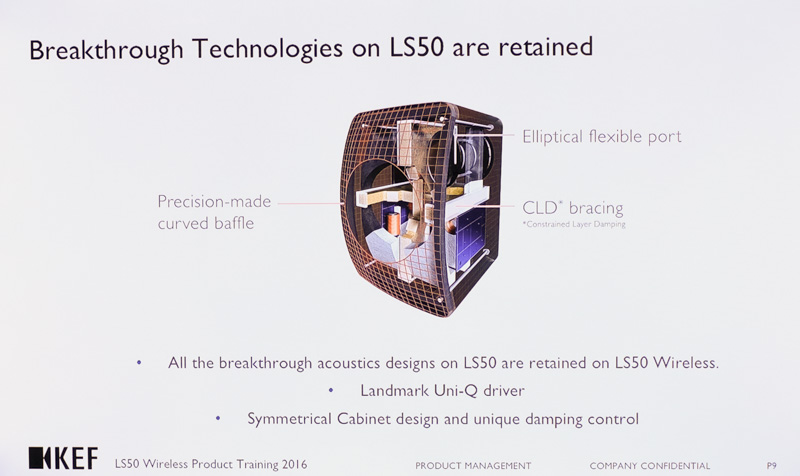 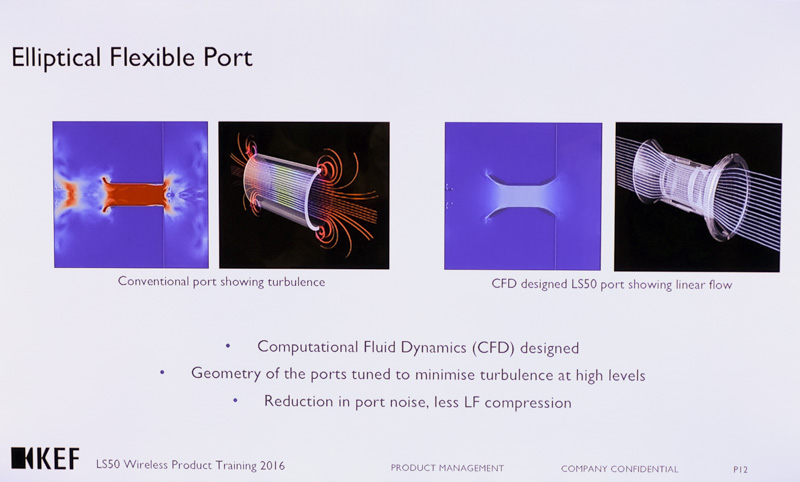 KEF also emphasized that all the acoustic breakthroughs from the original LS50 have been brought over to the LS50 Wireless, like their Uni-Q driver and the elliptical flexible port. The Uni-Q driver places the tweeter right in the center of the bass/midrange cone so that the sound disperses more evenly, giving you a better three-dimensional sound image that’s coming from a single source.

Also, two amplifiers are used per speaker – a Class D amp for bass and lower mids, and a Class A/B for better trebles and highs on vocals and acoustic instruments. And certainly, the speakers seem to perform well with strings and vocals, as a recording of Hey Laura by Gregory Porter rang out with a good sense of naturalness and a decent bass kick.

These seem to be quite a lively set of speakers, and the connectivity options means you can easily pair it with your TV for watching videos and movies. A short clip from House of Cards was put on next, and this again reinforced the notion that the LS50 Wireless handles dialog well, with a good amount of detail and transparency.

KEF later demonstrated the speakers’ ability to handle HRA playback wirelessly, streaming a HRA version of Gloria performed live at the Eglise St German by the Aria de Paris. The speakers handled the track without fuss, speaking to the capabilities of the digital crossover system implemented to correct for time delays.

In fact, no delays were experienced throughout the demonstration even when the speakers were switched from source to source. So KEF has certainly done a good job in bringing their classic LS50 speakers up to date. But at what cost? 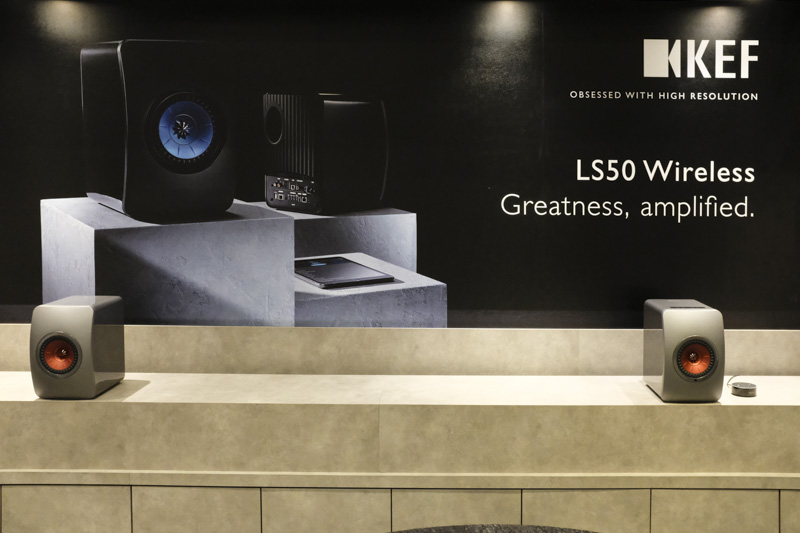 Our one issue with the speakers is price. The LS50 Wireless retails for S$3,299 (GST included), and there is plenty of competition at that price point. The Devialet Phantom comes to mind, as do the multi-room speaker set-ups of Bluesound and Lenco. The latter two options cost less as a comparative system (with more units), while the former offers arguably more refined sound. All three also offer the option of multi-room audio, which has become a standard these days. Given these factors, the KEF LS50 Wireless finds itself in a tight spot, so it will be interesting to see how the speakers will be received.

That said, audio preferences are a very personal matter and we highly encourage you to audition it at KEF Singapore in The Adelphi.