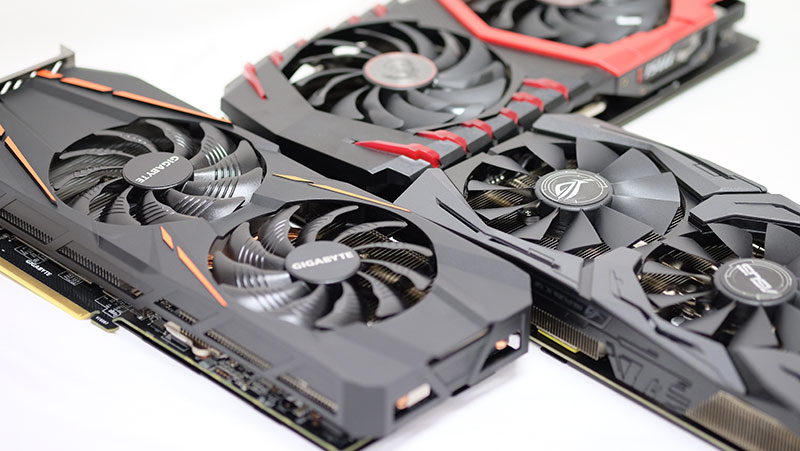 Shootout updated on 11 October 2016: Originally published on 28th August with three contenders, we've now added in cards from Palit and Zotac for a more comprehensive survey of the available options. Our findings and conclusion have also been updated to award a victor for this comparison.

PC gamers are truly spoilt for choice these days. For all the news about the latest and upcoming consoles from both Sony and Microsoft, there’s still no beating the sheer variety – not to mention performance – that’s available to PC gamers.

Furthermore, NVIDIA’s Pascal cards represent one of the starkest improvements in performance over the previous generation in a while. The GeForce GTX x60 cards have long been a bastion of mainstream performance, so while they offered fairly good value for money, there was a silent acknowledgement that you couldn’t expect too much out of them either. For instance, probably no gaming at resolutions beyond 1080p.

As is usual, manufacturers have chimed in with their own custom takes on the card. This means more powerful cooling solutions, additional power phases, and factory overclocks, all of which translate into a slight performance edge over the Founders Edition model.

But which card to choose? To that end, we’ve rounded up the very best cards from ASUS, Gigabyte, MSI, Palit, and Zotac and pit them against each other. When it comes to custom cards, things like cooling performance and build quality matter even more, and it’s not simply about which has the highest clock speed. Read on as we dissect each option!