Battle of the Consoles: Is the Xbox Series X or the PlayStation 5 currently leading?

Is it Sony's win? 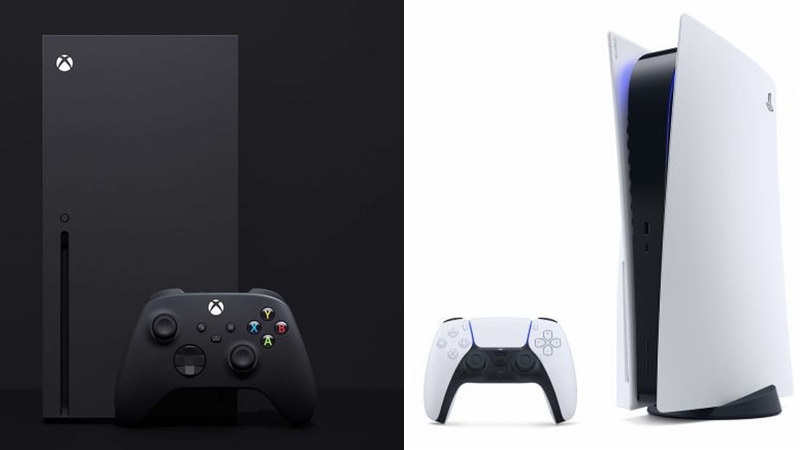 With Microsoft having wrapped up its Xbox Games Showcase, it's finally time to address the one-month-old elephant in the room: did Microsoft or Sony bring the bigger set of guns with their console and gaming reveals so far?

Well, given that neither the Xbox Series X nor the PlayStation 5 has come out yet, this discussion is purely theoretical, and both sides still have ample time to blow the crowd away before the holiday season arrives. Also, we'll skip the topic on design and technical specs - those comparisons are already spoken for. Accordingly, before we jump into the comparisons proper, let's just go over the material that we have at the moment in terms of the "quantity" and the "quality". 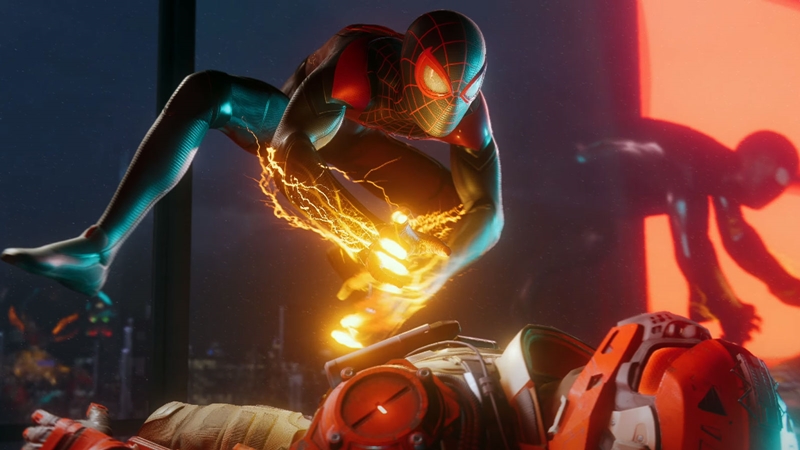 Impressions mean a lot when it comes to gaming reveals, and it's especially so when new consoles are on the line. After all, people want to see what the "new generation" is capable of, and if your first impression doesn't make a big splash, it might very well put you on the back foot from the get-go.

Unfortunately for Microsoft, the current community sentiment is falling in favour of Sony, and the only thing the Xbox Series X has got going for itself at the moment is its superior specs over the PlayStation 5. Based on numbers alone, Microsoft unveiled a total of 21 new games during their showcase, while Sony showed us a total of 26, in addition to a much-hyped hardware reveal.

So, what did Sony do better than Microsoft? Is it just because they showed off more games? Not exactly. Numbers are important here, of course, but our guess is that it all has to do with the impressions both tech giants made, and Microsoft didn't really hit the bar Sony set a month prior. If you recall, the latter didn't have a "cover boy" game like Microsoft did with Halo Infinite, but where the ball really started rolling downhill was when Infinite didn't wow the crowds as much as the latter expected it to, and the community eventually deemed its current aesthetics lackluster compared to stuff like Spider-Man: Miles Morales. In Microsoft's defense, they did come forward to say that the footage was still a work-in-progress, but then again, wasn't it the same for most, if not all of Sony's reveals?

As things stand it certainly sounds like Microsoft is playing on the defensive right now, but it's not like they don't have anything in their corner to push back. The company did show off some great games last week, such as Fatshark's Warhammer 40,000 Darktide and Obsidian Entertainment's Avowed, among various others, but having two or three standout titles doesn't win you the war. This last bit applies to Sony more than it does Microsoft, actually - let's see why. 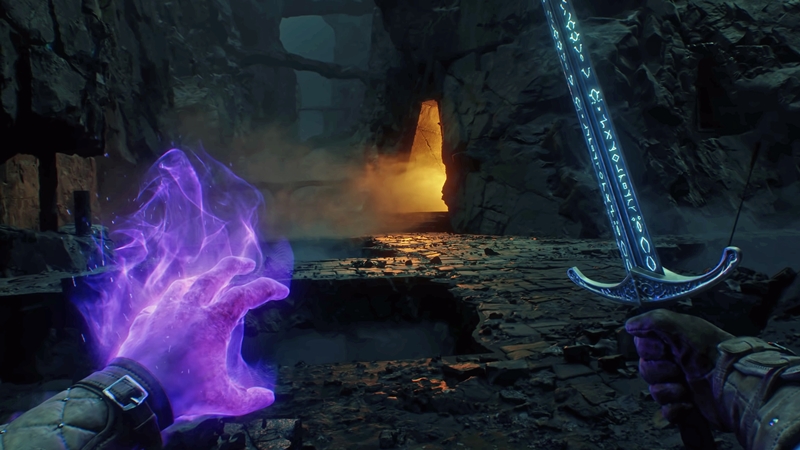 Many of us are familiar with the adage "A jack of all trades, and master of none" - it's often used to describe someone who's okay at generally everything but doesn't do anything spectacularly well. However, not many people know about the second bit "but it's better than being a master of one". This is where our next branch of comparisons between Microsoft and Sony's showcases comes in - is it really better to have a more diverse skillset and not be the best at it, or going all in on one aspect and doing it very well? To answer that, we'll be going over what we think of each company's general game plan for their consoles.

Let's start with Sony and the PlayStation 5. At this point, the general outlook for them is that they're putting a lot of emphasis on this "next generation", and as such have taken a stance that focuses heavily on pushing out top-shelf console exclusives. They do have some measure of backwards compatibility, but according to current information, it's limited to select titles from the PS4 era. Apart from that, a lot of their games moving forward will be intended purely for the PS5, and their general strategy remains the same as the one from previous generations of consoles - give players only the best that the console can deliver.

Meanwhile, Microsoft seems to be taking the more diversified approach via the Xbox Game Pass. A few of their existing games, such as Ori and the Will of the Wisps and Destiny 2 are getting updated versions dedicated for the Xbox Series X, on top of Smart Delivery-compatible titles such as Cyberpunk 2077. This comes on top of their more extensive backwards compatibility, which states that even games from the original Xbox console can be played on the Series X.

Coupled with the immense value of the Xbox Game Pass, which we largely consider to be the most value-for-money gaming subscription right now, and their announcement that the Series X won't have console exclusives for the two years following launch, it ties in very well with their strategy to build loyalty over the long term. In fact, Microsoft seems to be marketing the Game Pass service even more than the Series X itself, and as such it's pretty obvious what their endgame is. We can't fault them for it, though - the Game Pass is the embodiment of gaming value at the moment, but whether it'll retain its shine in future depends on what Microsoft tosses into the mixing bowl. 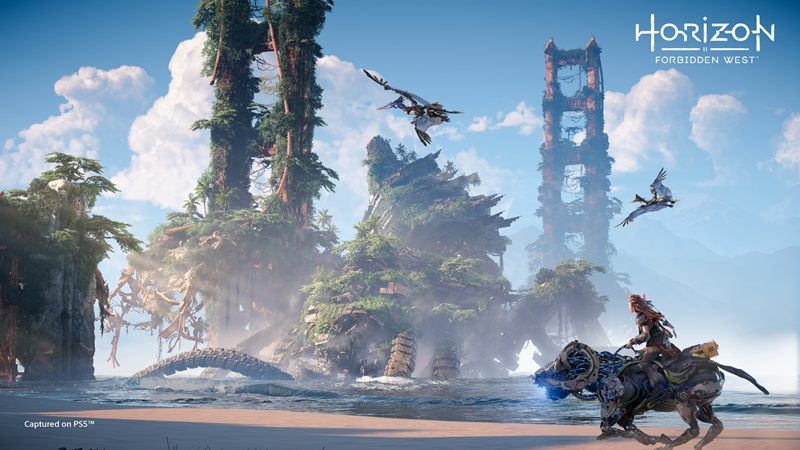 So, which approach is better? Frankly, it's hard to say at this point given the current picture might not be the same two or three months down the road as both sides showcase more content for their respective consoles. It all depends on which you value more, actually - do you want to always have the best and only play the best, or would you prefer trading a little "exclusivity" for a wider variety of playable content? It's up to you.

Here's what we think, though, given the currently available list of games and features. Yes, Sony definitely wins the battle hands down in terms of numbers (26 reveals against 21 from Microsoft), but the latter will eventually take the cake if we're talking about the total number of playable games on each console. However, it's important to keep in mind that there will be players who subscribe to the "I only want to play the best" mindset, but the games they want are only available on the Series X console-wise. This means that the "long-term" value of the Game Pass might not be as appealing to such individuals than if Microsoft had challenged Sony with their own "all-in" strategy.

However, the reverse is also true for Sony - the PS4 does have a literal ton of gaming gems, and it's safe to say they won the previous "war" with the Xbox One overall too. Accordingly, not being able to continue playing some of them due to a relative lack of backwards compatibility when the PS5 comes into play might decrease the console's overall appeal.

Hence, if both sides technically suffer from the same trade-off, it all goes back to who is currently playing on the back foot (or appears to be), and that's Microsoft. Their featured title didn't hit as many right notes as they expected, and they also showed off considerably less than their competitor, even if Sony didn't have a "headline" game (it's worth noting that many people informally consider the aforementioned Miles Morales to be one though).

The final verdict (for now) 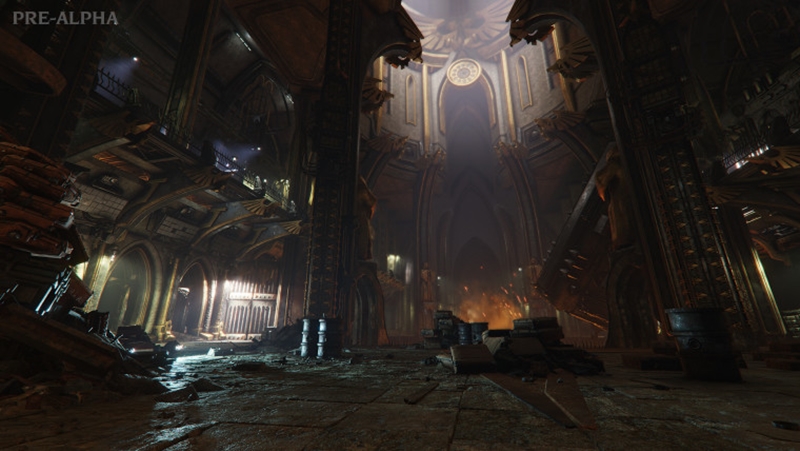 Which is to say that even if they are okay with losing some steam at the start to maintain a consistent "pace" in the long-term, going slow and steady might not win this race. After all, if the current state of things continues, and they don't push back with game reveals that are equally jaw-dropping and impressive as Sony's, the latter might eventually snowball a lead so big it'll be difficult for Microsoft to ever catch up, regardless of whether it has better specs on paper or not.

Admittedly, they (Microsoft) do have an advantage in terms of series loyalty to franchises such as Halo, but they can't always rely on the same few cards to save their bacon either. The trick is going to get old (and obvious) at some point. Additionally, even if the variety of playable games (via the Xbox Game Pass) is absurdly good, most games from older consoles are probably unable to take full advantage of the Series X's capabilities anyway, and as such the console might not dazzle players as much as it should.

With that said, we'll give Sony a round of applause for winning "round one", but as mentioned earlier, we're still interested to see if Microsoft can pull out the carpet from underneath them within the next few months. The battle continues.