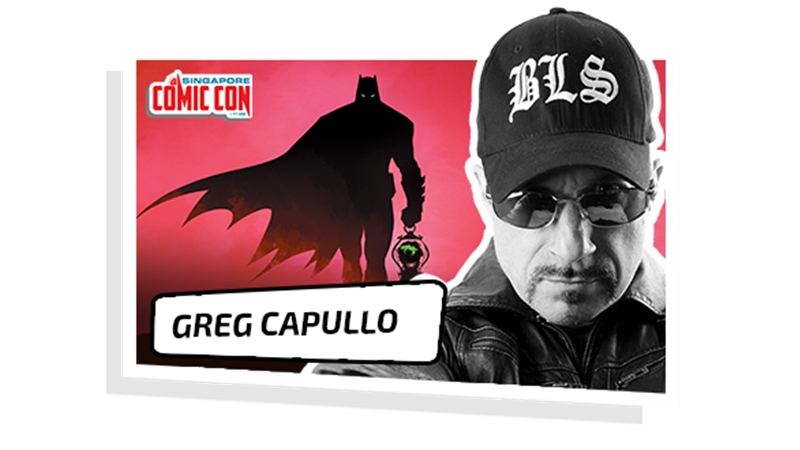 Are you a fan of DC Comics' Dark Knights: Metal, The Last Knight on Earth or the New 52 reboot for Batman? Well then, you should be familiar with the name Greg Capullo. Having lent his artistic talents to the aforementioned series alongside famed Batman writer Scott Snyder, Capullo's work on the enigmatic Dark Knight and his rogues gallery speaks for itself. All that, and we haven't even gone over his collaboration with Todd McFarlane for Spawn!

The latter is a story for another time, since today's main topic is our interview with the esteemed artist himself. He was at Singapore Comic-Con 2019 over the past weekend, but took a little time away from the fans to speak to some lucky members of the media.

HWZ: Once again, a warm welcome to Singapore Comic-Con 2019 - how's your experience of Singapore so far?

Capullo: You're welcome! Indeed, I've had a great time so far speaking to the fans and signing autographs. Coincidentally, it's also my first time travelling to Asia, but enough about that - let's get down to business!

HWZ: Okay, first question - you've previously worked with comic book legends such as Todd McFarlane on stuff like Spawn. What was the experience like working with these "superstars", so to speak?

Capullo: While it was definitely an amazing experience throughout, the one thing I recall thinking was that it was going to be difficult to get out of Todd's immense shadow and be judged on my own merit, so to speak. On hindsight, it might have been a little intimidating too, but perhaps I just didn't feel it at the time since I was having so much fun working with Todd. Still, people are naturally going to draw comparisons between artists, and to be honest, I'm quite happy I found my own little niche working on Batman with Scott (Snyder). HWZ: Your partnership with writer Scott Snyder is pretty much legendary too at this point, having collaborated on series like Dark Knights: Metal and The Last Knight on Earth. So, what do you think each of you brings to the table during these collaborations?

Capullo: Well, Scott's a brilliant writer for sure. Take the City of Owls arc, for example. Fundamentally, we all know that Batman has this certain arrogance to him, that no one knows Gotham better than he does. So, Scott just came and upstaged him using the Court of Owls, an organisation which Batman is completely unaware of! That's innovative and amazing no matter how you slice it.

On my end, I don't actually know what the formula is, to be honest! Frankly, I'm just happy that the fans like the material we're putting out. As an artist, I think that if people really enjoy your work and your style, that's more than enough reward.

HWZ: When you worked on The Last Knight on Earth, you got the chance to reimagine many members of Batman's rogues gallery, like Scarecrow and Bane. Which part or character did you enjoy the most?

Capullo: As an artist, I'd definitely tell you the opportunity to create is the fun in itself, but it's not so much about the process than it is about the freedom. You see, when I was little, I'd look at all these young artists and just admire all the creative freedom they had. You'd have your pen, paper, crayon or whatever you're drawing with, and be free to express yourself through your art. That's pretty much why I loved the process; it just brought me back to being that curious little boy again.

As for who I liked most, I guess Bane takes the cake here since I like big characters, and with all the experience I got from doing Spawn, it was familiar territory too. I really enjoyed that. 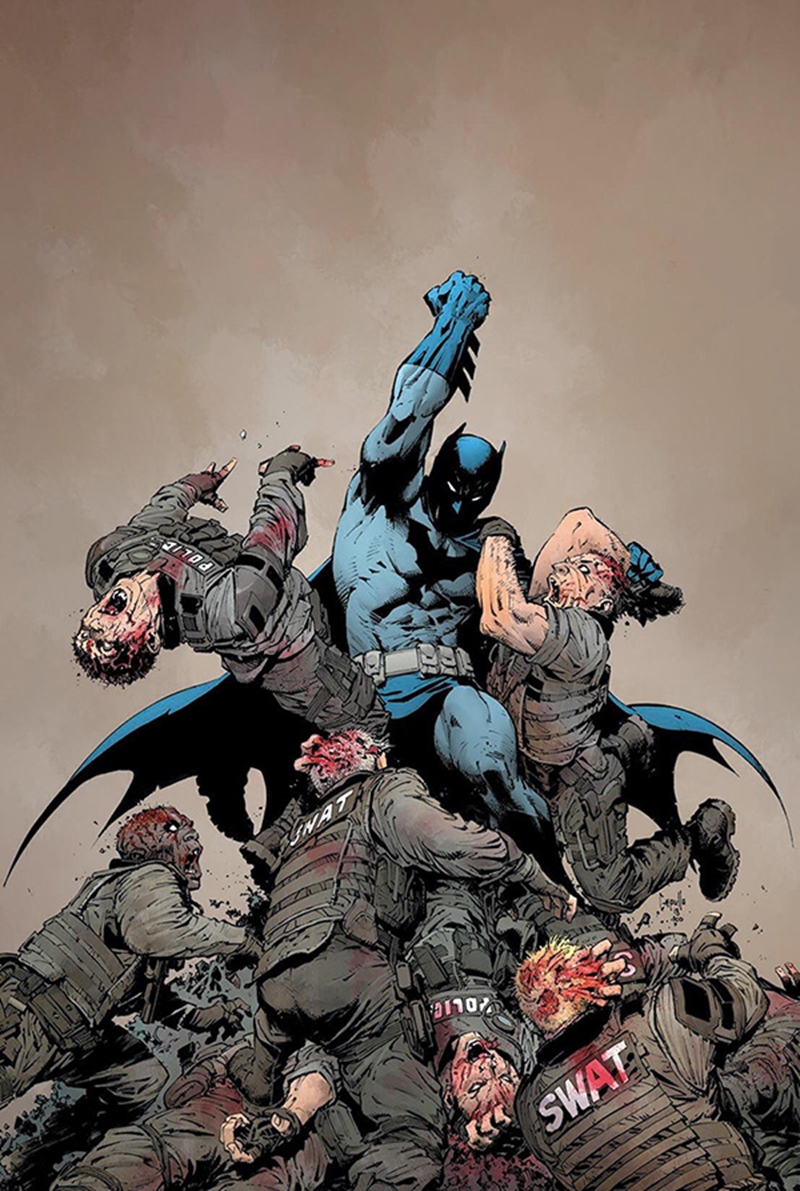 HWZ: You've recently returned to doing Spawn after about a hundred-issue hiatus. Was there anything daunting going back to it after so long?

Capullo: Quite the opposite, actually! I'd say it was like getting comfortable slippers on, or heading back home for a reunion or something. Essentially, it was fun going back to work on Spawn with Todd.

HWZ: Is there a character that you would be really excited to draw, but haven't had an opportunity to work on yet?

Capullo: Of course! For me, it has to be Swamp Thing. I've never gotten a chance to go all in officially, and I remember I was really pushing for the publishers to give me a run with him. One thing led to another, and I ended up releasing the Swamp Thing story together with Brian Azzarello. I also haven't actually got down and dirty with Lobo before, and I think I could do a really badass Lobo.

On that note, anything to do with Marvel would be great too. I primarily grew up with Marvel comics, so I guess I wouldn't be picky about which character I'd rather work on.

HWZ: Any tips for aspiring artists or those looking for inspiration?

Capullo: For me, what I always tell all the aspiring artists out there is to simply go with your own flow. While it's definitely worth having an artist or role model that you look up to, there's no point trying to follow directly in his or her footsteps, because that way we'd only end up seeing the same few things in comics. On that note, I think the most important consideration is "how do you see this character or situation playing out?" and working from there.

HWZ: Thank you so much for your time and we hope you enjoy the rest of your visit to Singapore!

Capullo: You're welcome! Have a great day!