The awkward genius and lovable robot: a short interview with Null & Peta's VAs

The awkward genius and lovable robot: a short interview with Null & Peta's VAs 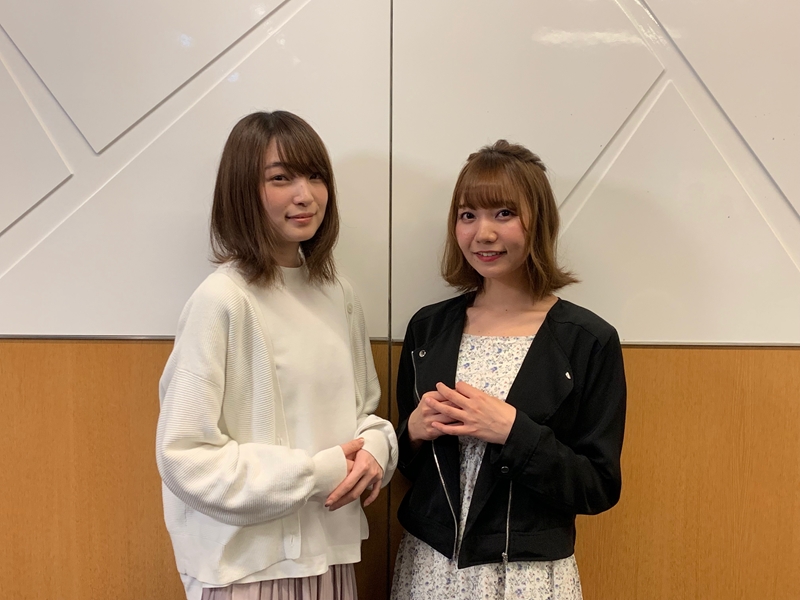 With all the bigshot and upcoming anime series like Demon Slayer, Sword Art Online: Alicization and That Time I Got Reincarnated as a Slime flying around, it might be easy to miss the other gems on the ground. Case in point, the adorable slapstick comedy Null & Peta just might be one of them, although the voice talents behind these characters are anything but little.

Last week, we had a short chat with the seiyuus (voice actors) behind the lovable sister-robot duo: Azumi Waki, who voices the awkward genius Null, and Reina Ueda, who voices both the human and robot versions of Null's older sister, Peta.

For reference, Waki-san has previously worked on roles such as Senko from The Helpful Fox Senko-san and Sanae Katagiri from The Idolmaster: Cinderella Girls. Meanwhile, Ueda-san has provided her talents as Gray the Gravekeeper from Fate spin-off The Case Files of Lord El-Melloi II: Rail Zeppelin Grace Note, Ruri from Dr. Stone and Kanao Tsuyuri from Demon Slayer, just to name a few. 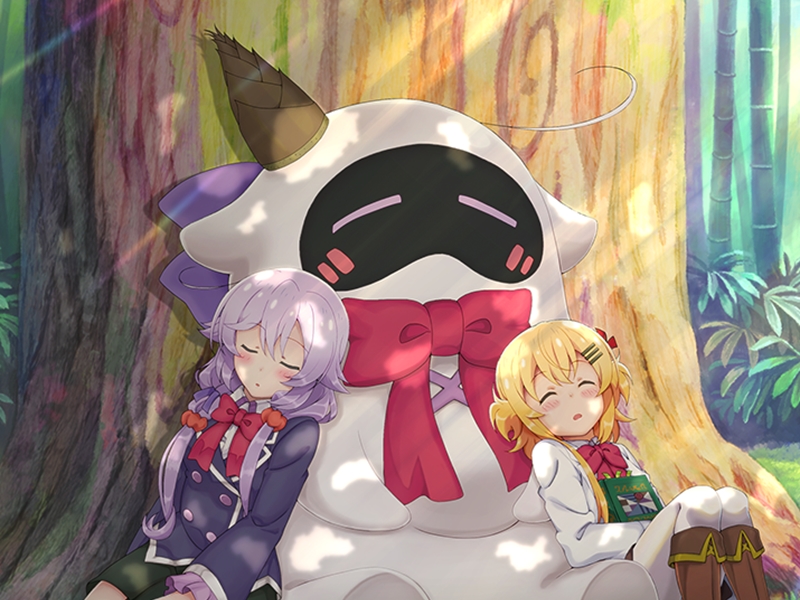 As you might expect, the series is centered around two sisters, the yellow-haired Null and the violet-haired Peta. Everything seems to be hunky-dory at first until Peta passes away. Having lost her sister, Null decides to create a robot imbued with a likeness of Peta's personality, which leads to all sorts of wacky antics and adventures.

Got that down? Awesome - let's get going!

HWZ: First of all, Waki-san, Ueda-san, thank you so much for accommodating us! We know there's a lot on your plate, so we'll try to keep the interview as succinct as possible.

Both: You're most welcome. Fire away!

HWZ: How was the voice acting experience for Null & Peta different from your previous roles? What did you like or find challenging about it?

Waki-san: To start with, voicing Null wasn't unfamiliar to me since I've handled a few of these "little girl" roles before. However, Null is really expressive, and having to cram all those emotions and changes within each episode's five-minute window - that tempo was quite the challenge for me.

Ueda-san: Like Waki-san, my role as both the human and robot version of Peta wasn't unfamiliar territory. Still, what I found challenging about robot Peta was accommodating that element of "humanity" she inherited from the human Peta - I haven't done a robot role with that much emotion before.

HWZ: On that note, could you share with us the first impressions you had of your characters?

Waki-san: Interestingly, what we both thought of our characters initially was quite different from what we found out afterward. For Null, I immediately fell in love with that cutesy aesthetic and thought it would be a cakewalk. But then I found out she's also a genius under all that cuteness, and I realised I had to incorporate that immense intellect within the "cute little girl" aesthetic!

Ueda-san: For Peta, on the surface, she seems like your regular older sister figure - soft-spoken, kind, caring and all that. I thought the same for the robot Peta as well, but instead of intellect, what caught me off guard was more of robot Peta's comedic side. 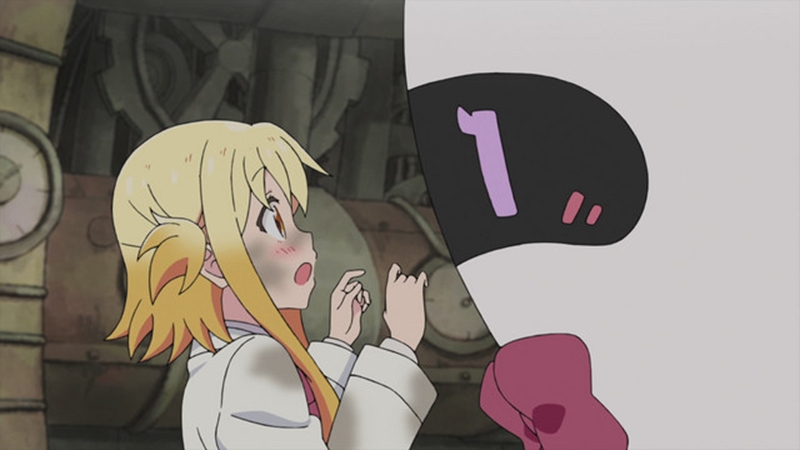 HWZ: Which scene did you guys enjoy recording the most?

VAs: For us, it definitely was the one where both sisters are taking a bath together. Given Null's genius intellect, she's quite socially awkward and often finds it difficult to communicate with her classmates. However, in this case, we have Peta just sitting there taking in everything she's saying, enjoying her company and basically having some real "sister time" with her. We thought that was really heartwarming.

HWZ: For Ueda-san, when you were voicing the human and robot versions of Peta, what were the considerations and adjustments you had to make in order to account for that human-robot difference?

Ueda-san: Well, I think the key factor for me was taking into account that at the end of the day, robot Peta is still just that: a robot. She can only act based on the personality that Null has installed in her, which is why she sometimes responds out of context.

For example, a robot fundamentally can't account for some emotional or situational indicators, so if you were calling out to someone who's not that far away, you probably wouldn't raise your voice too much. But a robot doesn't know that, and so it was quite interesting being able to account for that and act as such. 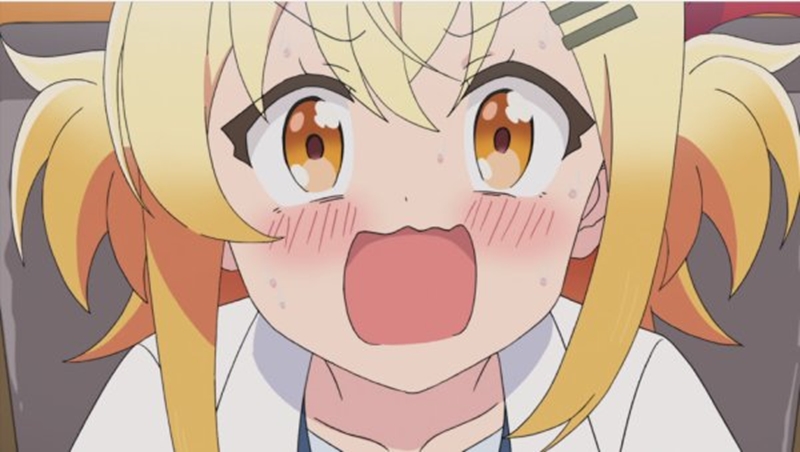 HWZ: This question is for Waki-san. In the show, Null shrieks really often, especially if she finds out about implements she doesn't recall installing into robot Peta. Was there a particular type of shriek you would perform for certain situations?

Waki-san: Actually, I quite liked recording those, so it came quite naturally for me! However, while recording I did think about changing the "type" of shriek based on the situation so that the audience wouldn't think it was just copy-pasted all over the place. That being said, there wasn't a dedicated shriek for a given situation - it was more of what I felt was appropriate for it at that point in time.

HWZ: Thank you. This last question is about the game. What information can you give us on the upcoming Null & Peta game that's coming to Steam?

Both: Well, unfortunately, we can't give you any specifics - sorry about that! However, if we remember correctly this is the first time you guys have got a chance to try out the game, and it seems everyone is enjoying it so far. As far as the story is concerned, there are moments that you can relate to between the game and the anime itself, and that's actually the main focus.

It's not meant to be that difficult to play, and we kind of just wanted everyone to enjoy the story as it unfolds. With that said, we recommend watching the anime first, then playing the game - you just might end up falling in love with it even more!

HWZ: Awesome - that's a wrap! Waki-san, Ueda-san, thank you once again for your time!

The Null & Peta action-adventure game is set to release on 31 January, 2020, but you can check out the game on Steam already. It looks really charming!