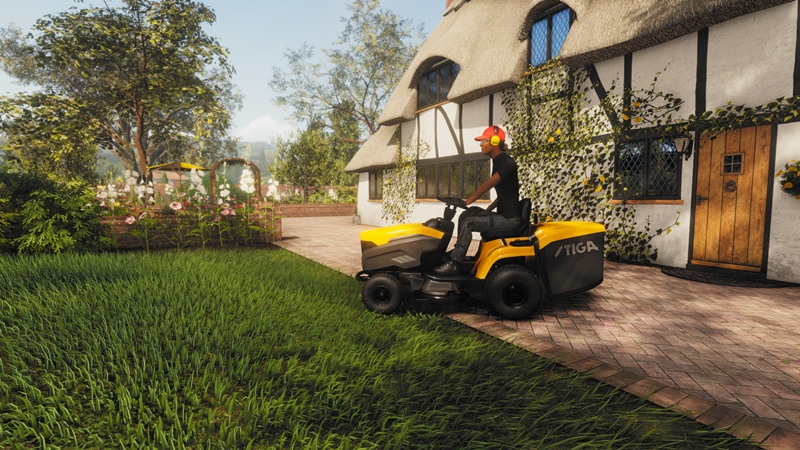 Before we begin, I'll bet you clicked on the title wondering what exactly lawnmowers have to do with games, but as a matter of fact, they're actually one of the more amusing picks we've got for this edition of the HardwareZone Games Playlist. In terms of genres, August's spread is pretty diverse - we've got everything from simulators, to RPGs, third-person shooters and even the odd aerial combat title, though of course you can just go back to mowing your lawn if you'd prefer.

Leading the vanguard for August is actually an updated version of a game that we've already seen, though that doesn't make it any less interesting. If soaring through the skies on conventional fighter jets is starting to get a little dull, perhaps you might like to switch to laser-blasting falcons instead. The Falconeer: Warrior Edition features the base Falconeer title as well as all of its associated DLCs, including the Edge of the World pack, which you can also purchase individually starting 5 Aug.

Although the game, which was created by maverick developer Tomas Sala appears to be your run-of-the-mill aerial combat title, it's actually a lot more expansive and engaging than you might think. Granted, we noted that it does need a little work when it comes to sound effects in our review, but with such a beautiful world for you to explore, that probably won't matter all that much!

If you're still wondering how fun riding a variety of different lawnmowers can be, don't worry - we're right there with you. Arguably the most amusing and novel pick for the August playlist, Skyhook Games' Lawn Mowing Simulator offers you the chance to operate and manage a lawn mowing business, while also giving you the freedom to gallivant about your front lawn with a variety of different models.

To be entirely honest, there's not really much else that needs to be said here - it's a little daft for sure, but if our experiences with games like Euro Truck Simulator are anything to go by, sometimes it can be fun to switch off your brain for a while and just...well, not use it.

While it certainly feels a little odd going from something as slow as a lawnmower all the way up to a 200-horsepower racing-tuned motorbike, RiMS Racing definitely seems like it'd be worth the momentary awkwardness. Coming from the guys over at Raceward Studio, players can take control of the world's most powerful motorbikes and go for gold on the asphalt. Additionally, you can even optimise these speedy beasts further by swapping out different parts.

And of course, there's online PvP too if you feel like testing your mettle against other players.

What is it about medieval warriors that makes the concept so interesting? While we let the philosophers ponder on that and other universal mysteries that we normal folk don't really have the patience for, let's get right into the action with King's Bounty 2 - a direct sequel to the original 1990 medieval fantasy classic. Much like its predecessor, KB2 is fundamentally a turn-based RPG that utilises a grid-based combat board, although we also found a fair share of gameplay and quality of life upgrades when we took it for a spin.

To appropriate a Star Wars quote, the nostalgia factor is indeed strong with this one, not to mention that like The Falconeer, the world of Nostria is far more diverse and expansive than we initially gave it credit for. Frankly, that's already more than enough reason to give it a go, especially if you enjoy beautifully rendered fantasy worlds like those in Diablo III or suchlike.

Ah....when it comes to sci-fi alien franchises, nothing really chills you to the bone quite like your good old-fashioned Xenomorph. While we understand that the rest of the world is excited about the upcoming Dead Space remake (as are we), we've still got a ways to go before the Necromorphs are ready to rear their ugly mugs once again.

As such, for the time being, we might have to settle for Aliens: Fireteam Elite. In this third-person survivalist shooter title from Cold Iron Studio, you'll take control of a small team of elite soldiers tasked with containing the Xenomorph threat. Admittedly, the setting is probably as cliche as sci-fi shooter titles go, but with danger (and death) potentially lurking around every corner, there's probably not going to be a single dull moment, especially if you're playing with your best buds.