Closed-back headphones allow listeners to escape into their own world of music. They also prevent other people from tuning in to what you are listening to. However, the sealed enclosures present significant challenges. Primarily, they cause unwanted resonances by reflecting sound from the drivers back to the listener’s ear. The effects of these unwanted distortions can be alleviated with clever cup designs and damping materials in the right places but they never truly go away.

With that in mind, my advice for anyone looking to get a high-end pair of closed-back headphones is to skip the flagship stuff and head straight for the middle-tier offerings (or mid-fi as audiophiles like to call it). This way you get a large percentage of the performance of flagship closed-back headphones but at a fraction of the price. And with the money saved, you can go all out and invest in a flagship end-game open-back headphone or even speakers.

All headphones were tested using the following equipment:

Let’s get on with the round-up. 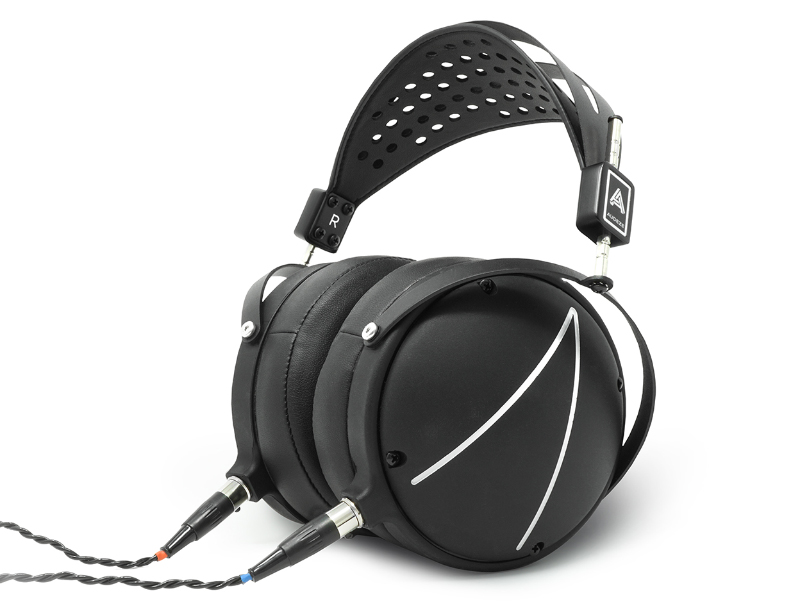 The LCD2 Closed-Back might be heavy but the thick and plush ear pads coupled with the suspension style head band means overall comfort is actually surprisingly good. Still, its immense weight means it’s not for everyone. Personally, I found that it feels like my head was being bear-hugged by a giant fluffy, well, bear. Build is excellent too - as you would expect from a headphone costing over a grand. There’s very little plastic used in its construction, the ear cups are Delrin (a type of very hard plastic) and the metal components that make up the frame are robust and scream quality. It also comes with a very nice braided cable.

Despite having the same drivers as the LCD2 Classic, the LCD2 Closed-Back has a remarkably different sound signature. It has more energy in the upper registers, making female vocals sound breathier and somewhat nasal. Instruments like strings, pianos, and drums also sound more bright and aggressive. Bass, however, is equally good. It is tight, punchy, and extremely well-controlled, and has none of the bloat that is often associated with closed-back headphones. However, I hear some unevenness in the mid-range, which makes male vocals sound a bit veiled. To sum up, the LCD2 Closed-Back is the more exciting and involving pair of headphones but it is also more uneven in its tonality. If you prefer the darker lush sound that Audezes are known for, the LCD2 Classic is more laid back, coherent, and liquid. 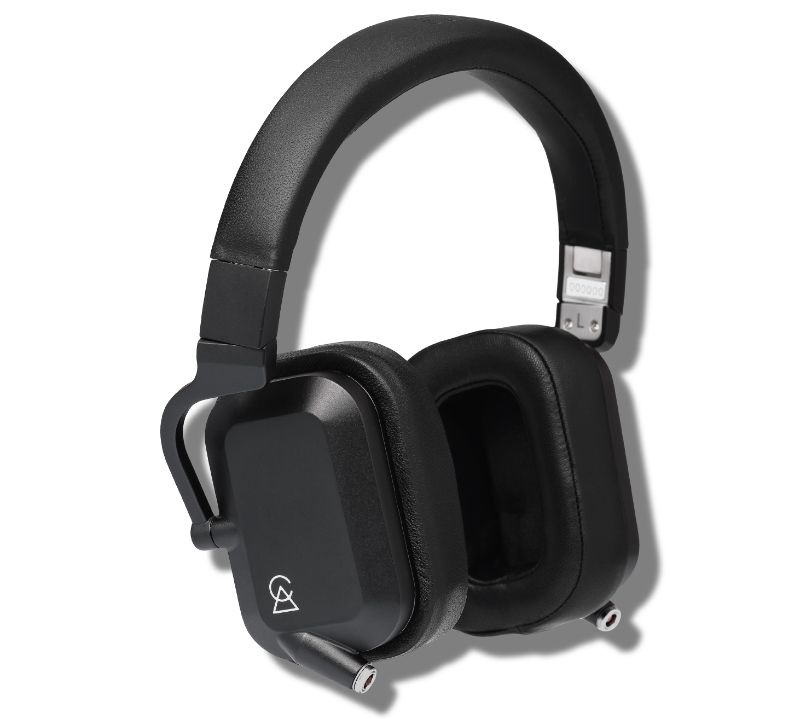 The Cascade is Campfire Audio’s first ever headphone. Though the brand has a strong reputation in the IEM space with IEMs such as the Andromeda, and more recently, the Comet and Atlas, designing a headphone proved to be a whole different ballgame and founder Ken Ball admitted that it took a long time before they could finally capture the Campfire Audio sound in a portable closed-back headphones. Better late than never right?

The build is top-notch. The cups are aluminum while the frame is stainless steel. The ear pads attach magnetically and are covered with soft and luxuriant sheepskin. Comfort is decent but I felt a hot spot developing on the top of my head after about an hour of wear. Also worth mentioning is that the ear cups might be a squeeze for readers with large ears, which could turn these to on-ear headphones.

Campfire Audio proudly proclaims the Cascade to have a fun sound and it certainly does. The bass hits like a serve by Ivo Karlović to the side of your head. It’s impactful, tight, and visceral. Fortunately, the mids and treble are fairly clean and clear. It also sounds like there’s an extra bit of energy in the upper mids to treble region which gives a sense of air and sparkle to the sound. The Cascade is an assault on the senses and I found it to be an entertaining listen. That said, not everyone is going to like its lively and in-your-face sound but if you prefer a more engaging and exciting listen, I think you are going to love the Cascade. 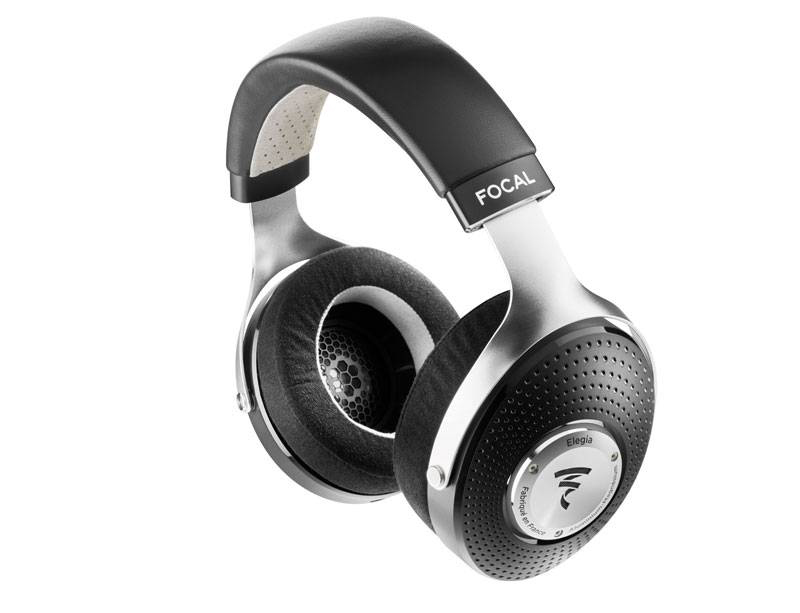 Focal’s high-end headphone offerings have been mostly impressive. The Utopia and Clear, especially, have received high praise for their neutrality and dynamism. However, these are open-back headphones which make them unsuitable for office use or listening in noisy environments. That changes with the Elegia, Focal’s first closed-back headphones.

At 430g, the Elegia is heavy. Fortunately, comfort is good thanks to nicely padded microfiber leather head band and cushy memory foam ear pads. Despite being heavier, I found the Elegia to be more comfortable than the Cascade. Made in France, the Elegia is a well-built pair of headphones and certainly justifies its high price.

If I were to nitpick, I can hear some resonance with the Elegia. It is also not as smooth and refined sounding as Focal’s open-back offerings. It is noticeably more hazy and uneven, especially through the mid-range. Imaging is also not as precise. It goes to show that as clever as Focal’s engineers maybe, the laws of physics are immutable. But as far as closed-backs are concerned, the Elegia is impressive. The overall sound is fairly balanced and coherent, with none of the nasty bloated bass that most closed-backs tend to have. Mid-range is rich and full-bodied, while the treble is clear and not too peaky. To end, though the Elegia might not be as technically proficient as its open-back siblings, I find it to be one of the most neutral and balanced closed-back headphones you can buy today, regardless of price. 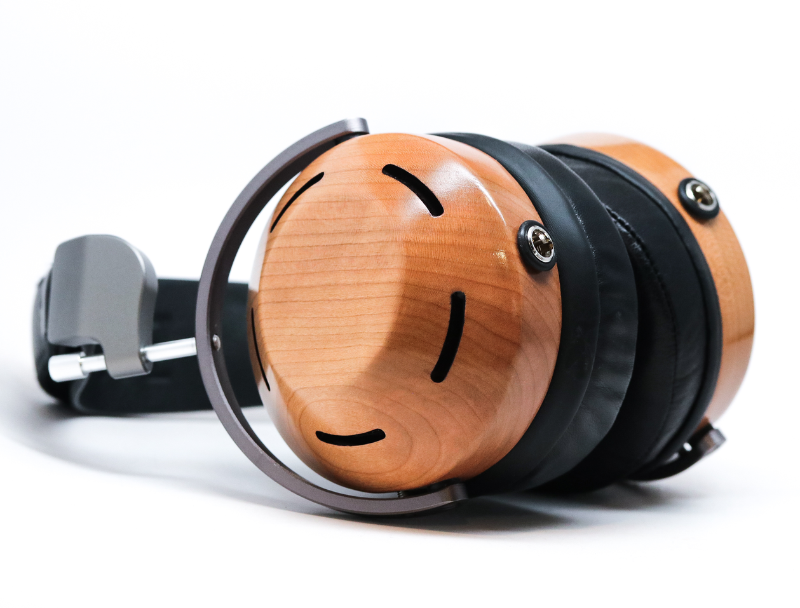 After years of modifying Fostex T50RP headphones, Zach Mehrbach, the founder of ZMF Headphones, finally had the resources to develop his own pair of headphones with his own proprietary drivers. This led to the Atticus and Eikon.

The Atticus features ZMF’s signature wooden ear cups. The stock wood for the Atticus is camphor but ZMF releases limited edition versions in different woods from time to time. The one I got to listen to came with zebrawood cups and they cost a fair bit more than the stock camphor ones (S$2,000 to be exact, gasp). Like its competitors, the Atticus is heavy, tipping the scales at around 490g. Fortunately, the well-designed suspension style head band, soft ear pads, and well-judged clamping force make it easy to wear for long periods without fatigue.

Zach’s expertise in tuning closed-back Fostex T50RP headphones clearly shows in the Atticus. They sound exceptionally open for closed-back headphones. If I listened hard I could hear some unevenness in the sound but it’s much less apparent than its competitors. Bass is tastefully elevated, especially in the mid-bass region. The mid-range is rich and more full-bodied than any of the other headphones here. Treble extension is good, a bit more energetic than I would have liked but it does give instruments and vocals more air and sparkle. On the whole, it is a warm, punchy, and dynamic sounding pair of headphones that is close in signature to the Audeze but with a richer mid-range that I prefer.