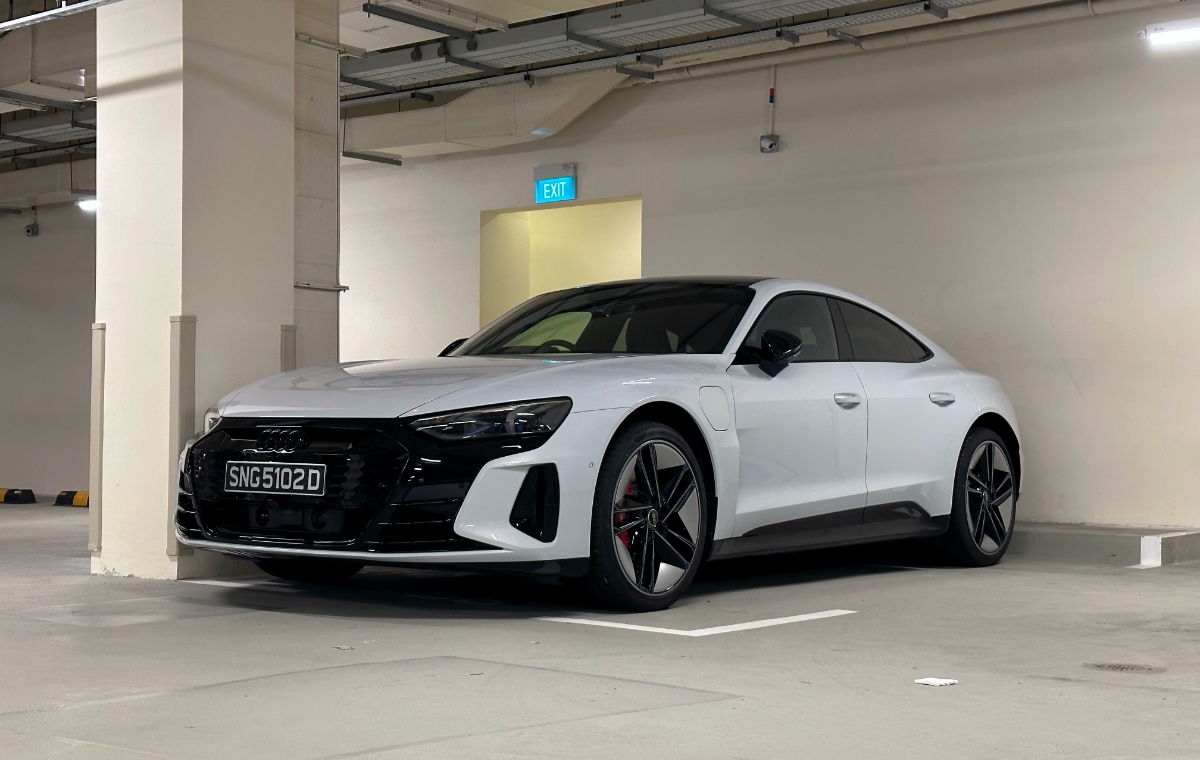 The performance arm of any car maker has a difficult time trying to navigate the murky waters of electrification. So much of how a high-performance car feels is inextricably linked to its powertrain. And when everyone uses an electric motor, which, as powerful as they can be, all feel one-dimensional and samey, how do you differentiate yourself?

It's very expensive but also extremely fast, well-equipped, and comfortable. The future of Audi RS is very promising if the new cars are going to be as enjoyable to drive and as desirable as this.

Step one for Audi RS is to embrace the speed. The RS E-tron GT has dual motors – one on each axis – and their combined peak power is 590hp. There’s an overboost mode that takes that number up to 637hp – but only for 2.5 seconds. Maximum torque is an earth-moving 830nm. As you’d expect from figures like these, it’s very fast – almost uncomfortably so. 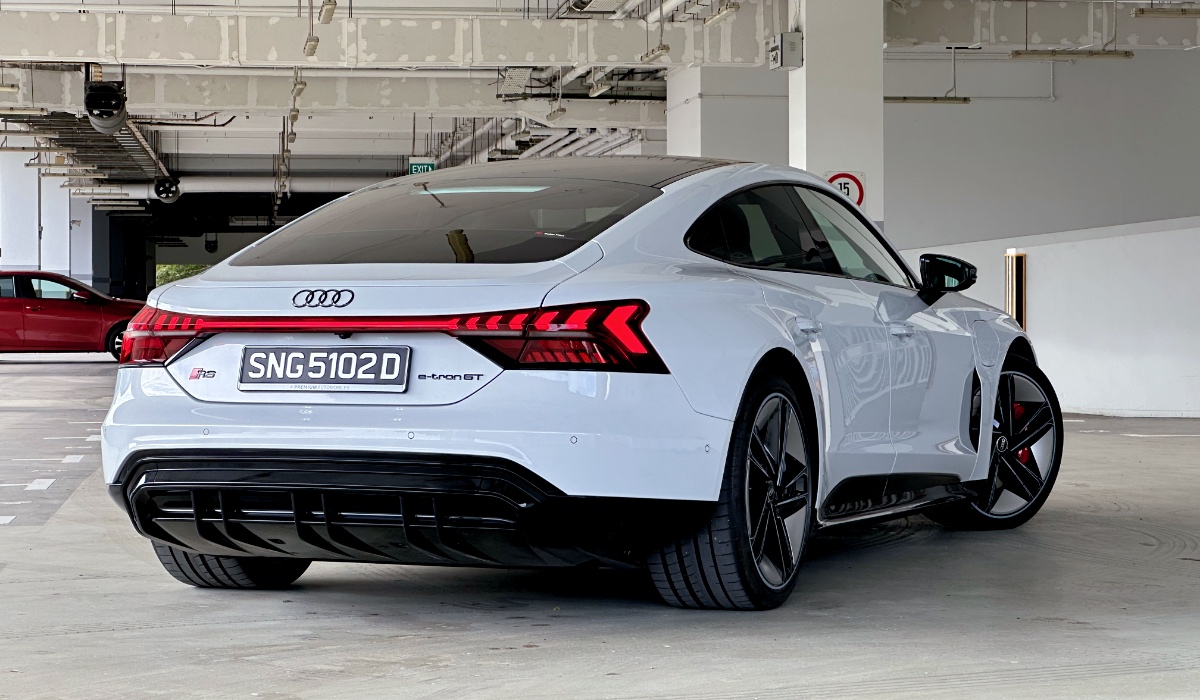 What’s more impressive than the sheer amount of power it has is the way it delivers it. The immediacy of electric motors means there’s no need to wait for revs to build, turbos to spool, or the gearbox to be in the right gear, the car just goes. And it really does. Despite weighing just shy of 2.5 tons, the RS E-tron GT takes off like a frightened rabbit whenever you flex your big toe. The rate at which it gains speed is equal parts intoxicating and frightening. Every time I accelerate, I can't wrap my mind around how a car this big and heavy can gain speed at such an explosive rate. I don’t believe I’ve been in anything that gets from a standstill to our national speed limit faster than this.

Audi also tried hard to replicate the sensations of a regular petrol-powered car. One of the ways is through sound, and Audi has gone to great lengths to compose a noise for the RS E-tron GT. It’s hard to describe the noise in words but whenever you put your foot down, it sounds like a spaceship that’s about to enter hyperspace. Given the way it takes off whenever you depress the accelerator, I’d say the noise is very apt.

To further differentiate itself, the RS E-tron GT does away with excessive levels of brake regeneration. It has a large 93.4kWh battery so scavenging energy is not a priority. Instead, it coasts like any other ICE car so driving it feels completely familiar and natural. Crucially, it demonstrates that Audi is prioritising driving experience over mundane stuff like range. 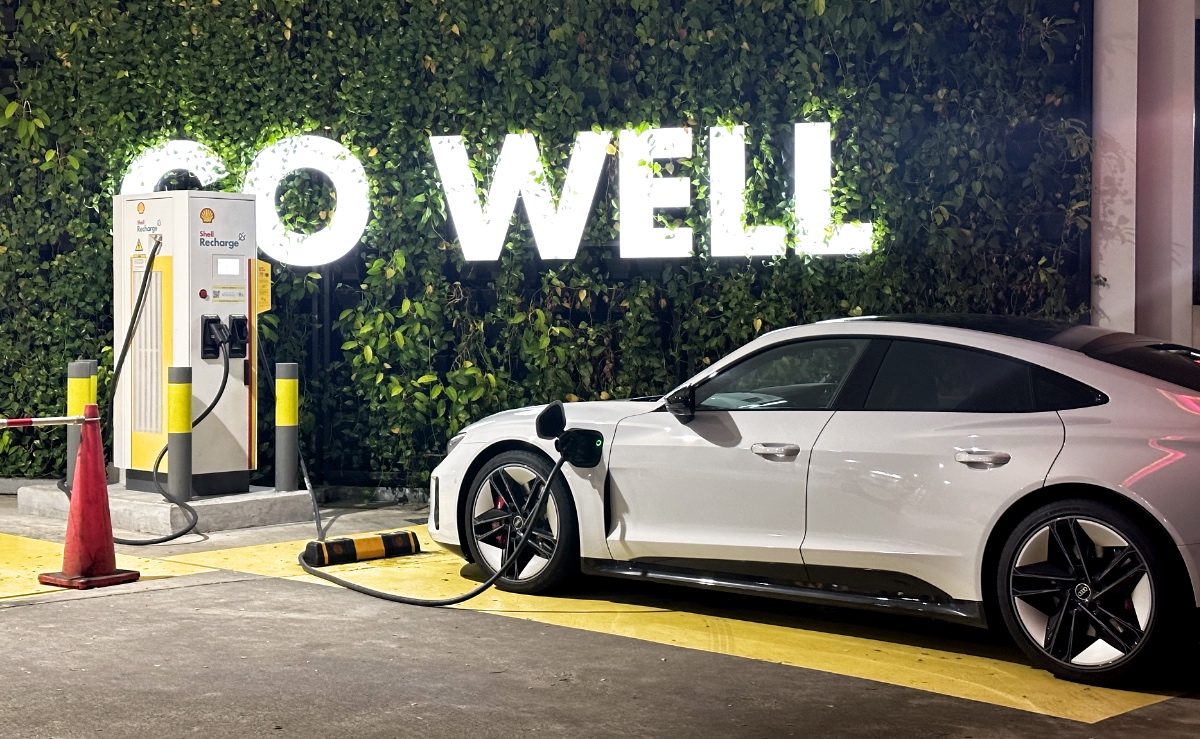 The RS E-tron GT’s prodigious weight is a double-edged sword. It stays close to the road, which, when coupled with its capable air suspension system, means the ride is very good. I reckon it’s not far off from a luxury cruiser like Audi's own A8. And because it has no rattling motors, it’s dead quiet at a cruise. This allows its Bang & Olufsen sound system to shine. I cannot think of a car I would rather take if I had to drive to KL.

Driven at up to eight-tenths, it feels agile and composed. It helps that most of its weight is down low in the car so it turns keenly and accurately. But drive it any harder and it can longer hide its weight as well, and at that point, it will begin to feel like it's doing something that it's not supposed to. 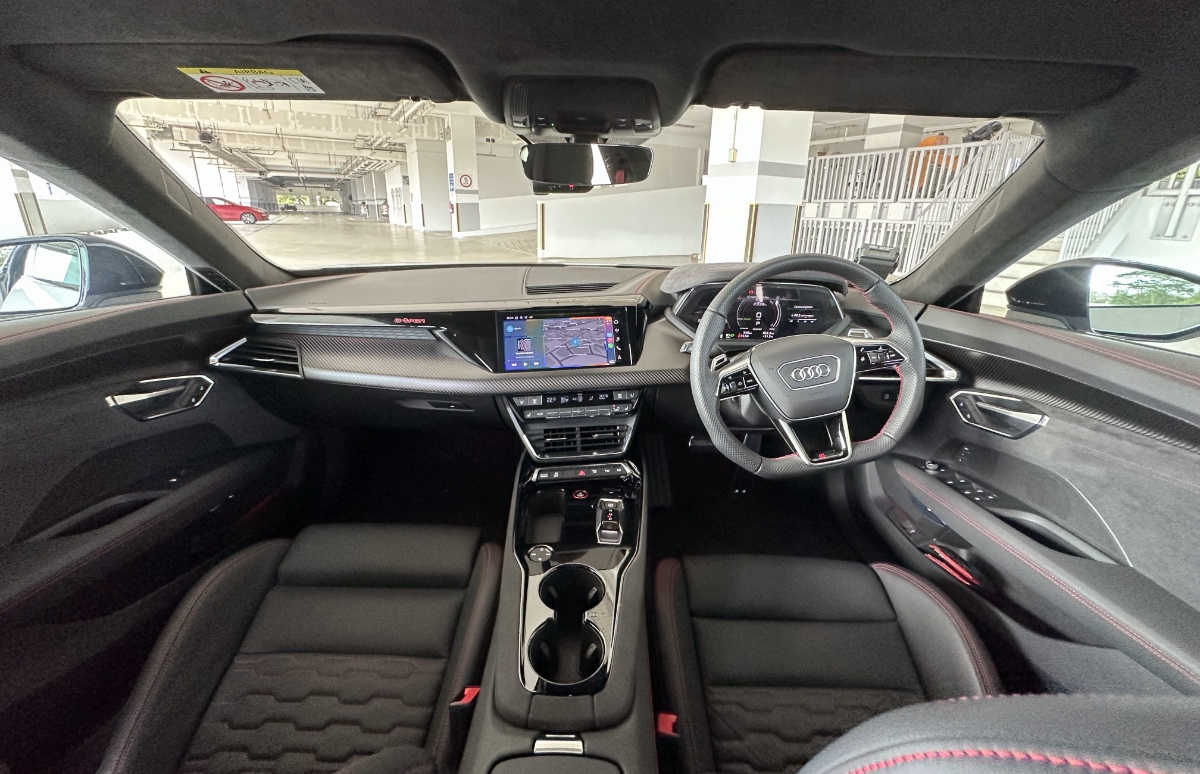 The inside is typical Audi, which is to say it's luxuriously finished and intuitive. Happily, Audi has retained physical controls for important things like the climate control and volume control. The virtual cockpit shows you all the info you need clear and is highly customisable. It remains the best in business, in my opinion. My sole complaint is that it doesn't have a proper arm rest.

The RS E-tron GT looks good too. People respond to it well. Because it’s so long, low, and wide, it somehow manages to look like a coupe despite having four doors. The packaging, however, is quite curious. Because despite being nearly five metres long and two metres wide, the inside doesn’t seem any bigger than an A4. It’ll seat four adults quite happily but you expect more space from something that casts such a large shadow on the road. The boot, amusingly, is just 350L, which is roughly the same as a small hatchback. The batteries must take up a lot of space. 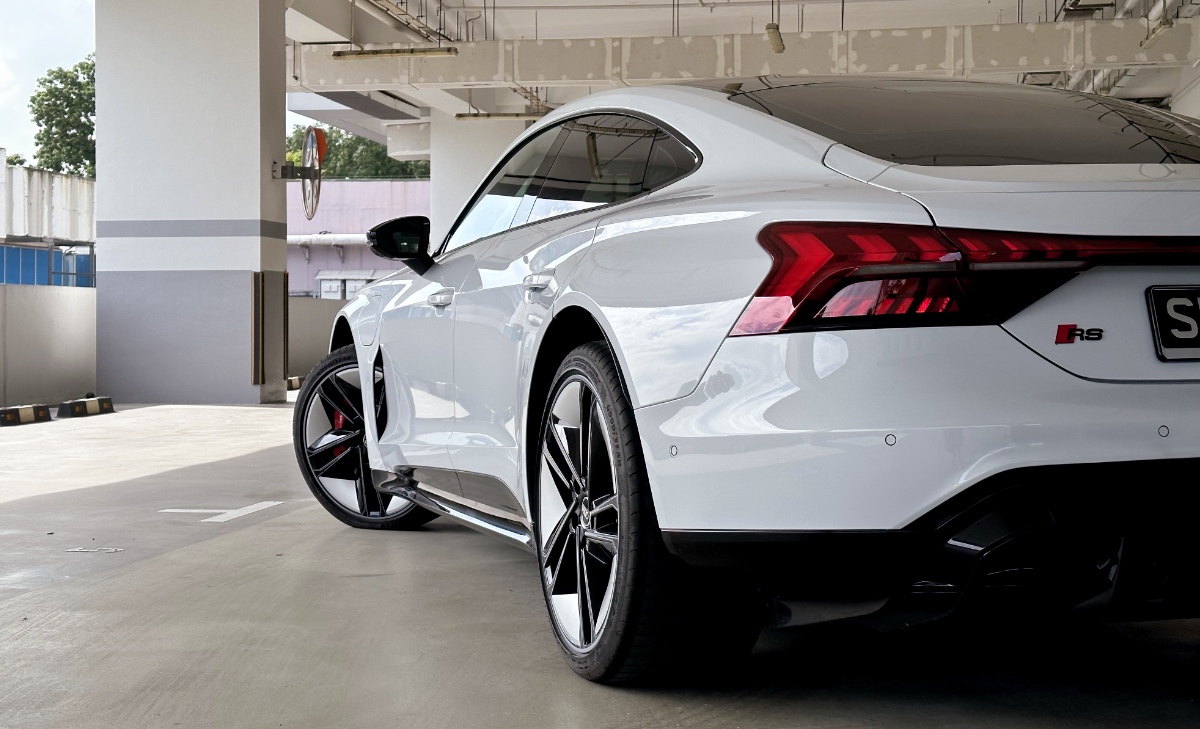 Speaking of batteries, the claimed WLTP range is 472km, but you’ll never go that far if you drive it like how most people with a 600hp car would. In my time with it, I clocked 335km and averaged an energy consumption figure of 26kWh/100km. Interestingly, when battery levels drop below 25%, the car reduces its performance to extend range. Anyway, this means a full charge will likely last around 350km, which isn't a lot. That may be sufficient for pottering around in Singapore but it’s barely enough to get you to KL. 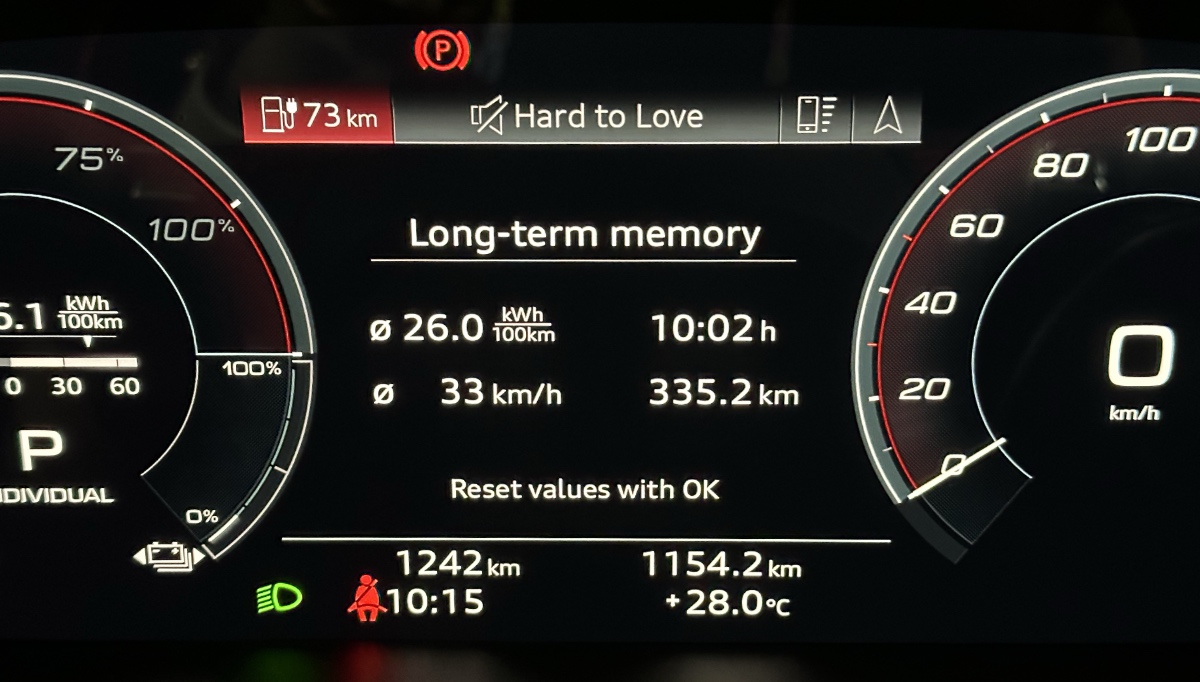 The biggest issue with charging EVs here is that you’ll also have to pray that the charger is working and unoccupied. I went to a Shell charging point in Tampines and found that its 180kW had suddenly been de-rated to 50kW. And while I was charging, two other EVs came and left after discovering I’d needed at least 45 minutes to get the charge up to over 50%.

But I doubt this would be a problem for the type of people who buys this car. With prices starting at around S$715,000, they will almost certainly have access to a personal charging point. 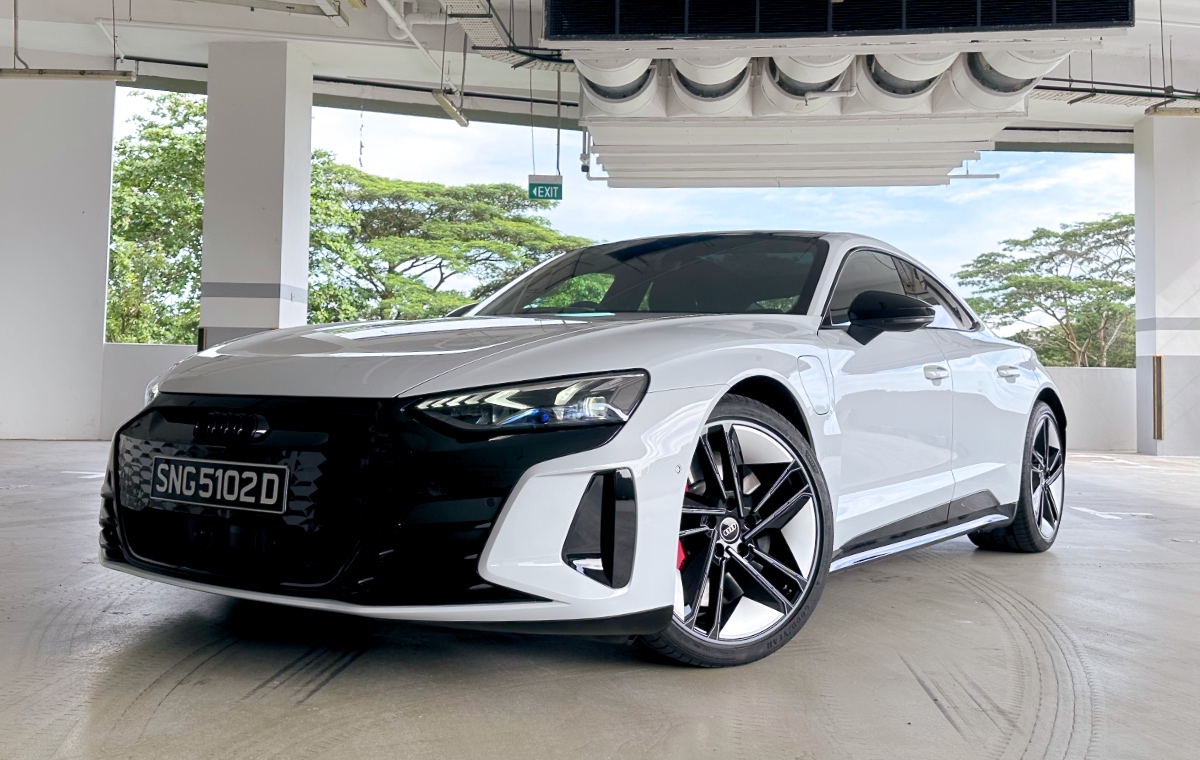 Are there alternatives? The most obvious one would be the Porsche Taycan, on which this car was based on. Though the Taycan has arguably the more desirable badge, the Audi counters by being the better-looking car (subjective, I know) and less expensive. The comparable Taycan – the Taycan Turbo – starts at around S$750,000 and, in standard form, is no where as well equipped.

It's not often that car makers get something right on their first try, but I think Audi has mostly nailed the formula for future RS cars. It has nothing to fear if future RS cars are as desirable and as enjoyable to drive as the RS E-tron GT. For the lucky few who can afford it, this is a fast, comfortable, and immensely enjoyable cruiser.