What else can be said about ATI's newest Evergreen cards that haven't already been said? In a short span of a month, ATI has rolled out not just one, not two, but four new cards. We've already covered the hyper fast Radeon HD 5870, its less powerful sibling the HD 5850, and also the HD 5770. Today, we are turning our attention to the Radeon HD 5750, the HD 5770's little brother.

Additionally, like the Radeon HD 5770, the Radeon HD 5750 was given only a 128-bit wide memory interface, which would certainly hamper performance. And where clock speeds are concerned, the core of the Radeon HD 5750 is running at 700MHz, whereas the memory is clocked at 4600MHz DDR, which is notably lower than the HD 5770's core clock speeds of 850MHz and memory clock speeds of 4800MHz DDR. While the HD 5750 might have less stream processors, texture mapping units and lower clock speeds, ATI says the chip is still capable of pushing out 1.008 teraFLOPs of pure compute power, which is a smidge more than what the previous generation Radeon HD 4850 could manage. Price points too seem to be in that ballpark with the new Radeon HD 5750 SKU pegged at a recommended price of US$129. Other specs and price comparisons are as documented in the table at the bottom. 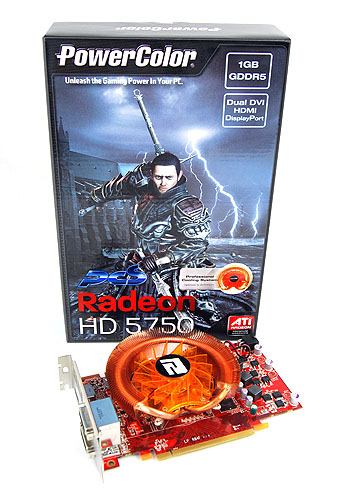