Note: This article has been re-published as the ASUS ZenFone Max Pro (M2) is now available for purchase online. 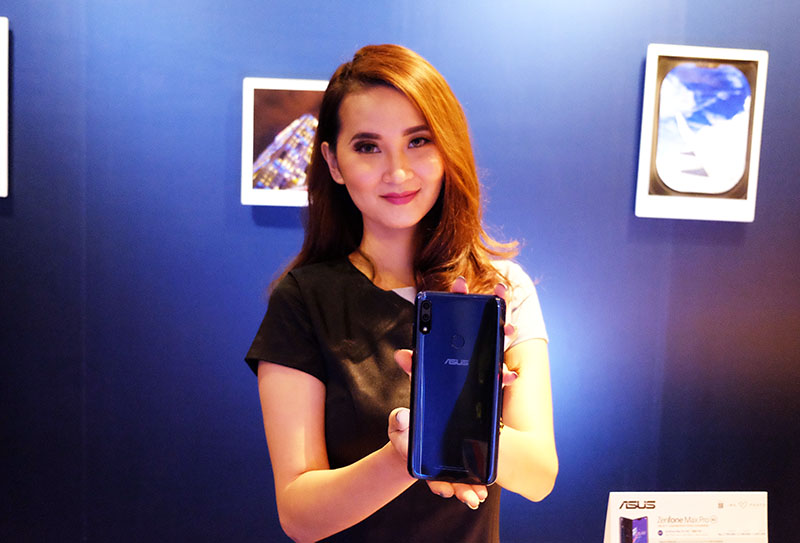 First up, the Max Pro M2 (S$349), which is a sequel to the Max Pro M1 launched earlier this year. For the Pro M2, ASUS has upgraded the design, and while it still uses a plastic frame, the back now has a glass rear with an ultra-reflective, almost holographic "Wave Design" that ASUS says is inspired by water. The finish looks a lot more premium than the old aluminum rear and according to ASUS, the effect requires 16 layers of dynamic optical finish to achieve. Thanks to its plastic frame, the phone is still quite light, coming in at just 175g despite its relatively large size. 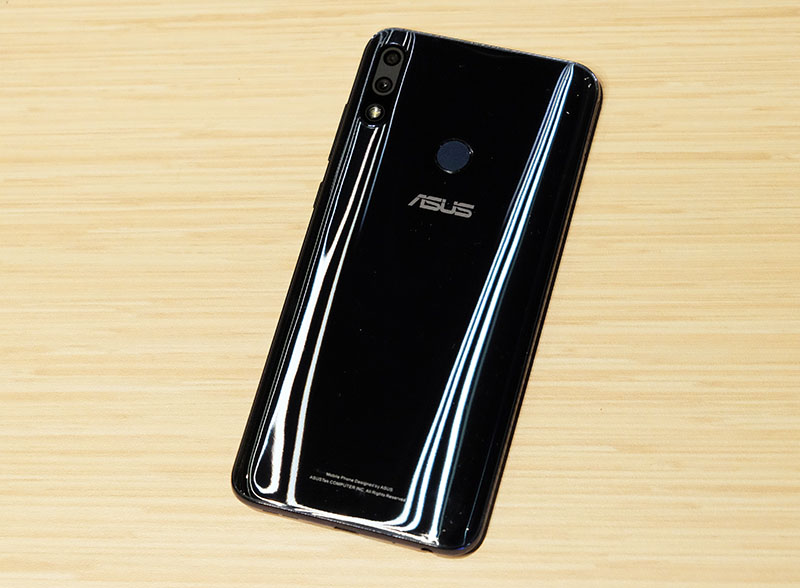 The Max Pro M2 has also been given a boost in performance, and is now running on a Qualcomm Snapdragon 660 processor with 6GB RAM. A 660 processor at this price range is pretty much unheard of, with most other phones around this price level using a 636-level processor. The Max Pro M2 also has 64GB internal storage, and, like its predecessor, has dual Nano-SIM cards, as well as a dedicated MicroSD slot compatible with cards up to 2TB, so you don't have to choose between a second SIM and expandable storage. And unlike many phones around this price point, the Max Pro M2 also includes NFC connectivity.

Like its predecessor, the Max Pro M2 is running on stock Android 8.1 Oreo. The phone isn't part of Google's Android One program, so it doesn't have 9.0 Pie yet, however ASUS says an update is due in January.

On the rear, in the top left corner, the Max Pro M2 has a 12-megapixel f/1.8 1.25μm pixel size main camera, with a 5-megapixel depth sensor as the secondary lens. The camera is using Sony's new IMX486 sensor. On the front, there's a 13-megapixel f/2.0 selfie camera. For the first time, ASUS is also bringing its AI photography features to the Max line, and the Max Pro M2 can recognize and enhance 13 scenes and objects. On the bottom you'll find a headphone jack, which is always welcome, but surprisingly, the phone is still using a MicroUSB port for charging and data transfer. Like its predecessor, the Max Pro M2 has a massive 5,000mAh battery with fast charging. However, despite the glass back, it does not support wireless charging.

The Max Pro M2 will be available in Midnight Blue on 20th 26th December exclusively online at ASUS stores on Lazada, Qoo10 and Shopee for S$349. Design-wise, it looks very similar to last year's Max Pro M1, with a plastic frame and a metal rear.

Update - ASUS has informed me that the M2 actually has a full metal body design. However, it's worth noting that you can clearly see the insert design (those aren't antenna lines), which is the same as last year's plastic and metal Max Pro M1. Additionally, the phone weighs a very light 160g, which for a 6.3-inch all-metal phone seems impossible, and the frame itself also feels like plastic, so I'm a little skeptical that it really does have a full metal build. I'll update once we get the phone in for review and I can take a proper look at it. The phone is one of the first to be powered by Qualcomm's Snapdragon 632 processor, which confusingly, is the latest upgrade to the Snapdragon 626 line. The phone also has 4GB RAM and 32GB internal storage (a 4GB/64GB version is also available, but will not be coming to Singapore). Like the Max Pro M2, it has two nano-SIM slots, and a dedicated microSD card slot compatible with cards up to 2TB.

Like the Max Pro M2, the Max M2 is running on stock Android 8.1. However, it does not have NFC connectivity.

On the rear, there's a dual camera setup that pairs a 13-megapixel f/1.8 wide-angle camera with a 2-megapixel depth sensor. On the front, there's an 8-megapixel f/2.0 selfie camera. Like Pro M2, the M2 also has ASUS' AI scene and object recognition features. Like the Max Pro M2, there's a micro-USB port on the bottom for charging and data transfer. The headphone jack, however, is on the top of the phone. The phone has a 4,000mAh battery, which according to an ASUS representative supports fast charging, however it is not listed on the specs sheet like it is for the Max Pro M2, so this information may not be correct. I will update when I can confirm it.

The Max M2 will be available in Midnight Black in January 2019 exclusively online at ASUS stores on Lazada, Qoo10 and Shopee for S$239.