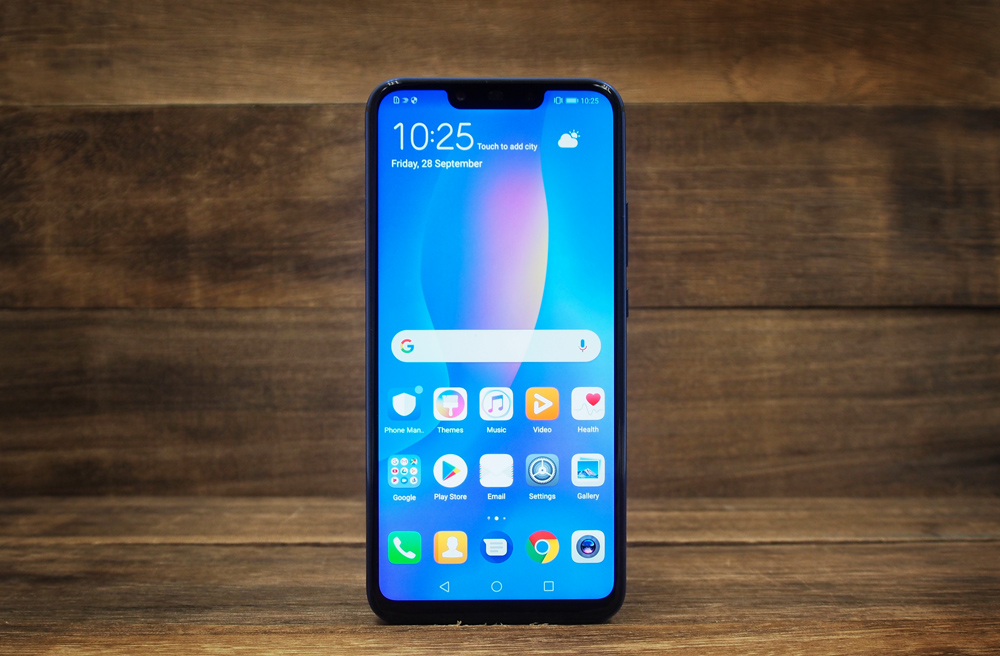 My Iris Purple model has an almost holographic finish to it and, while it's a little loud for my personal tastes, it's definitely eye-catching. The aluminum frame and even the bezel around the camera module are color-matched to the rear, and the phone certainly looks and feels a lot more premium than its S$398 price tag. 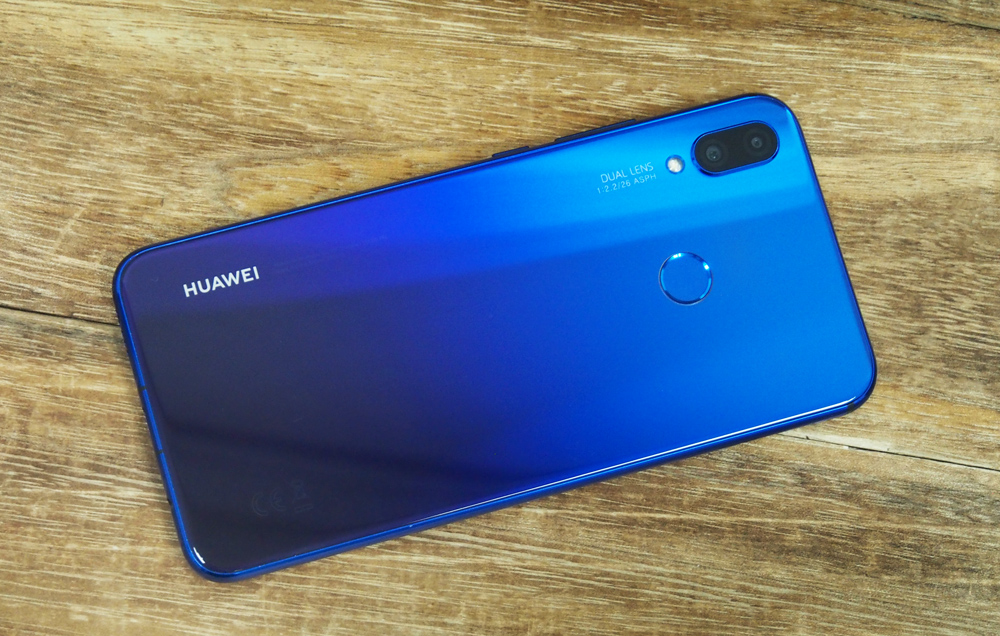 The back of the phone looks a lot like Huawei's P20, which includes the landscape orientation on all branding and wordmarks. The dual camera setup can be found in the top left corner (or right if you're holding the phone in landscape orientation) and, like the Max Pro M1, there's a circular fingerprint scanner in the middle.

Just like the Max Pro M1, both the power button and volume rocker can be found on the right side, while the dual Nano-SIM card tray is on the left side, with the second SIM doubling up as a microSD card slot that is compatible with cards up to 256GB in capacity. Having said that, the phone has a very generous 128GB internal storage, so you probably won't need an SD card. 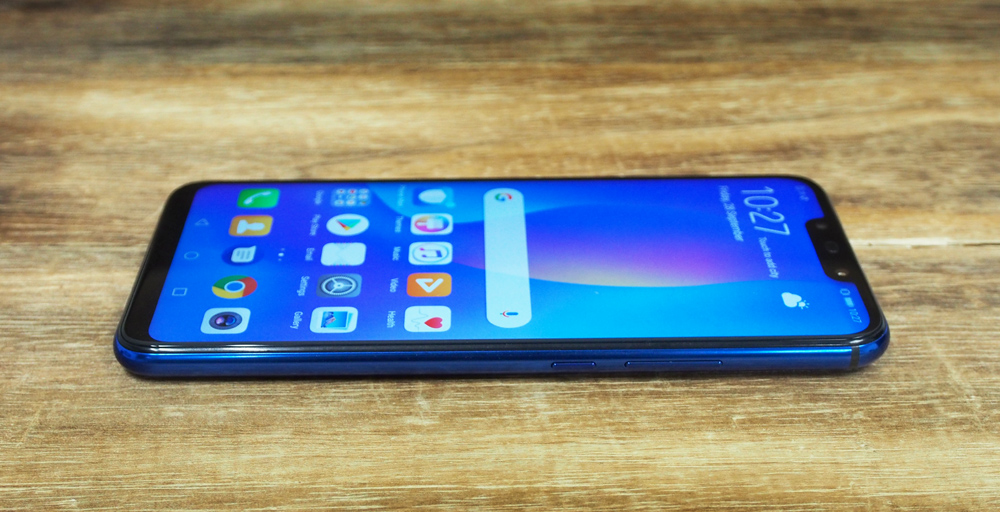 On the bottom, there's a single speaker grille, a micro-USB port, and a 3.5mm headphone jack. 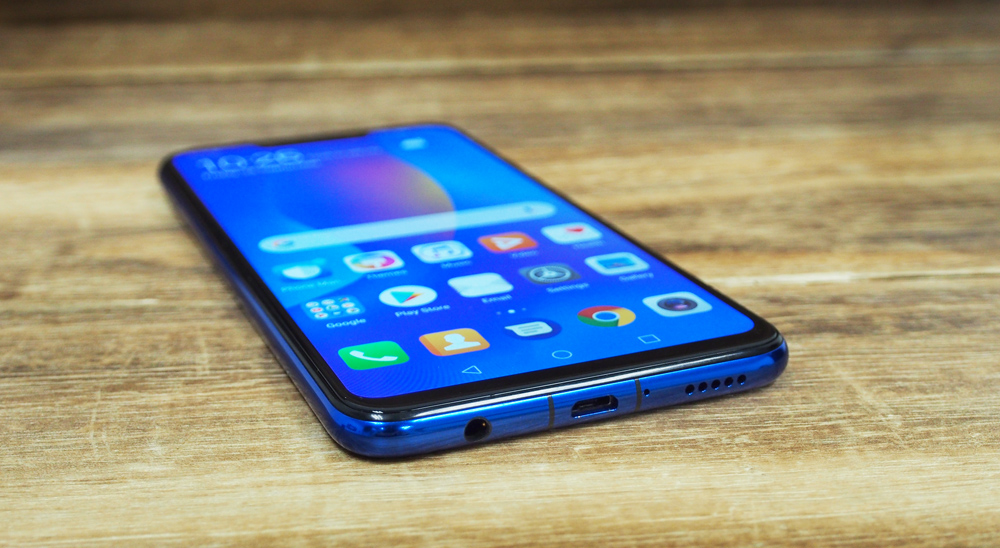 Despite having a larger screen than the Max Pro M1, the Nova 3i is actually slightly shorter overall, thanks to a 19.5:9 aspect ratio display with a notch that houses the earpiece and dual front camera setup. The bottom bezel is also quite small, which is impressive for this price point. 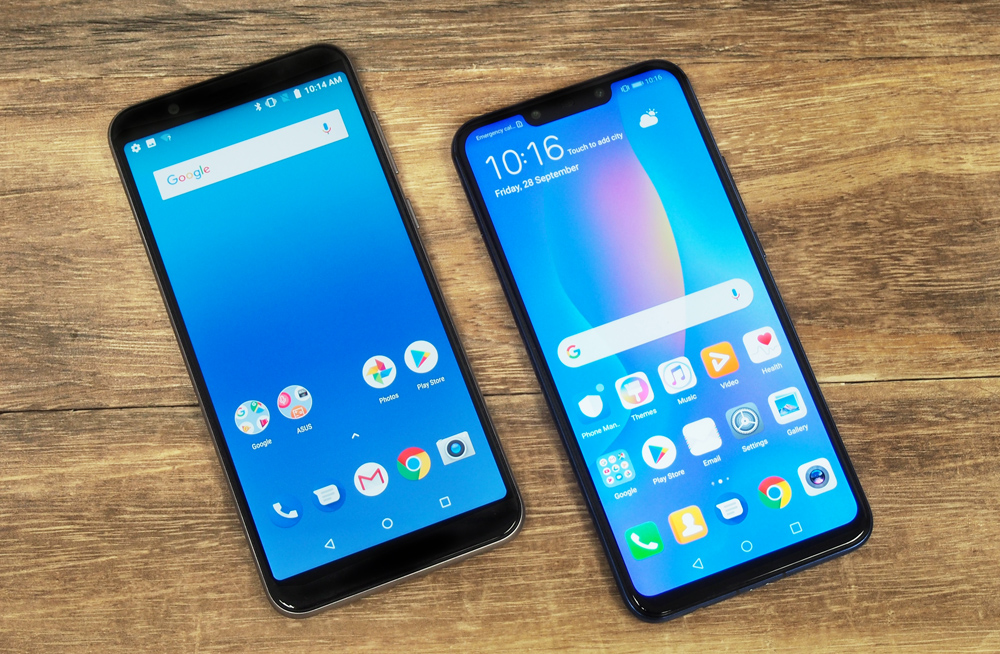 The Nova 3i is also nearly 1mm thinner than the ZenFone, and weighs 11g less, which contributes to its more premium feel. 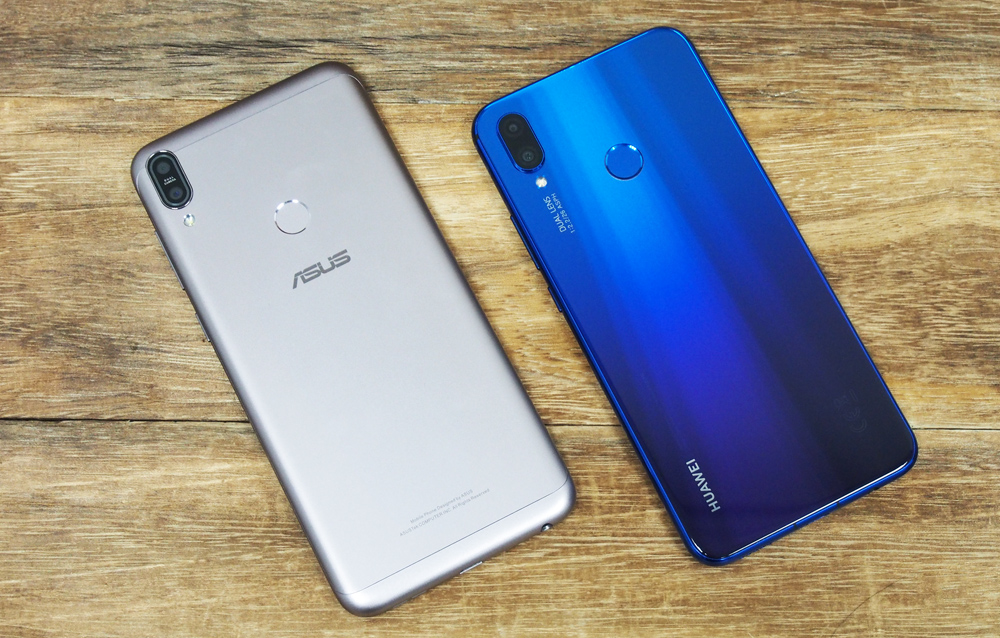 The Max Pro M1 has a 5.99-inch 18:9 aspect ratio 2,160 x 1,080 pixels resolution (~404ppi) IPS LCD display. The display has good color reproduction, but it's a little dim, which makes it a bit hard to see the display under bright light. The viewing angles also aren't great, and the contrast could be better too. 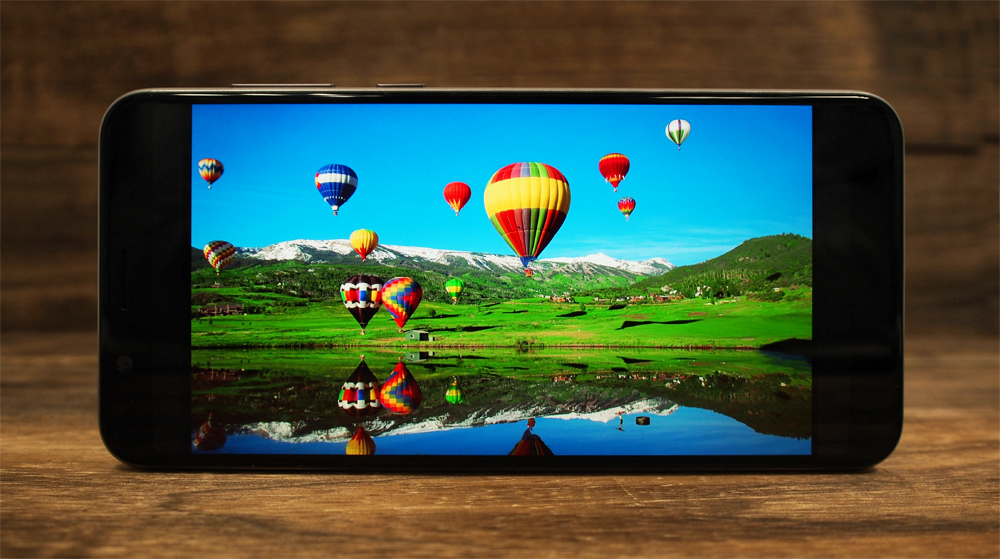 The Huawei Nova 3i has a 6.3-inch 19.5:9 aspect ratio 2,340 x 1,080 pixels resolution (~409ppi) IPS LCD display. It's brighter than the Max Pro M1 at maximum brightness, with better viewing angles, and slightly more vivid colors. However, like the Max Pro M1, contrast could be a little better. 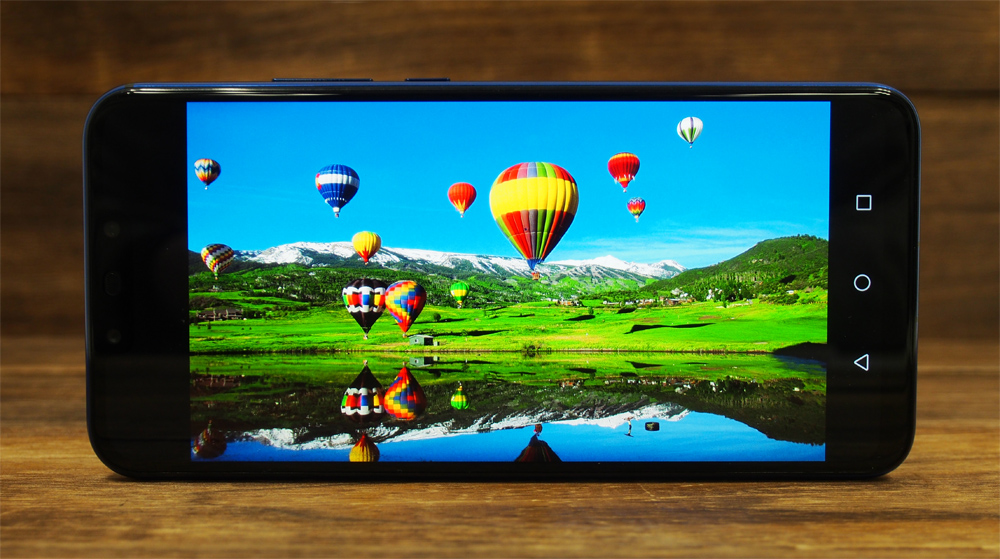 Despite having a 0.3-inch bigger display on paper, the Nova 3i doesn't actually look that much bigger than the Max Pro M1. Additionally, the notch at the top of the display obscures content, which means you can't use the full screen when watching videos, so they end up appearing about the same size on both phones.

Audio on both phones comes from a single downward firing speaker. Neither phone excels here and both speakers aren't the best. The Nova 3i is slightly louder, but also sounds a bit distorted at maximum volume levels. On the plus side, both phones have 3.5mm headphone jacks, so wired audio is always an option.

ASUS normally installs its ZenUI skin on its phones, but surprisingly, the Max Pro M1 runs on stock Android 8.1 Oreo. 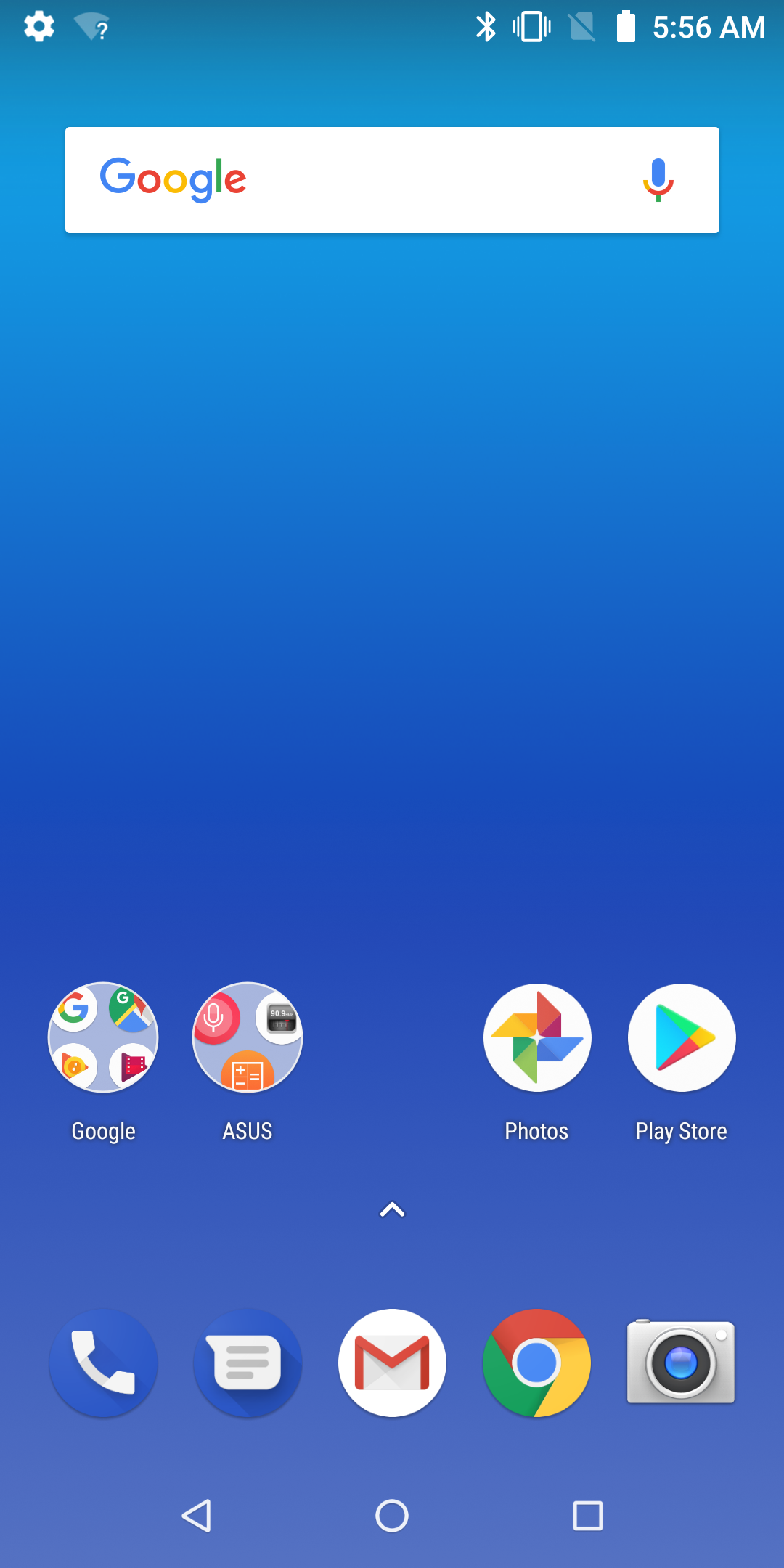 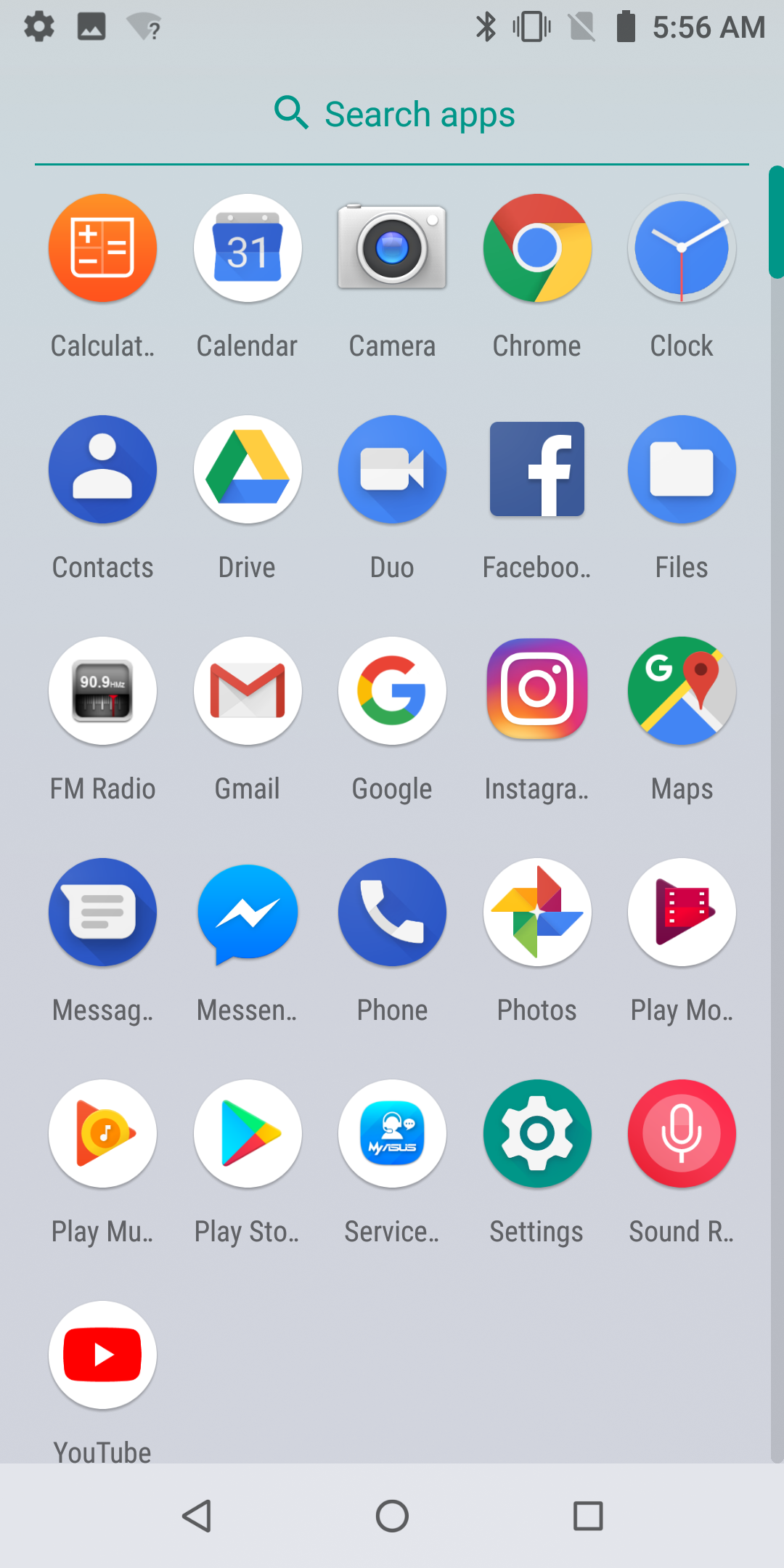 The phone isn't part of Google's Android One initiative, so you won't get OS updates as fast as Android One phones like the Xiaomi Mi A2 but ASUS is normally pretty good with rolling out updates in a timely manner.

ASUS includes a few of its own apps, including Sound Recorder, FM Radio, its own Calculator app, and an ASUS Service Center app and, while you can't delete them, they're fairly non-intrusive. 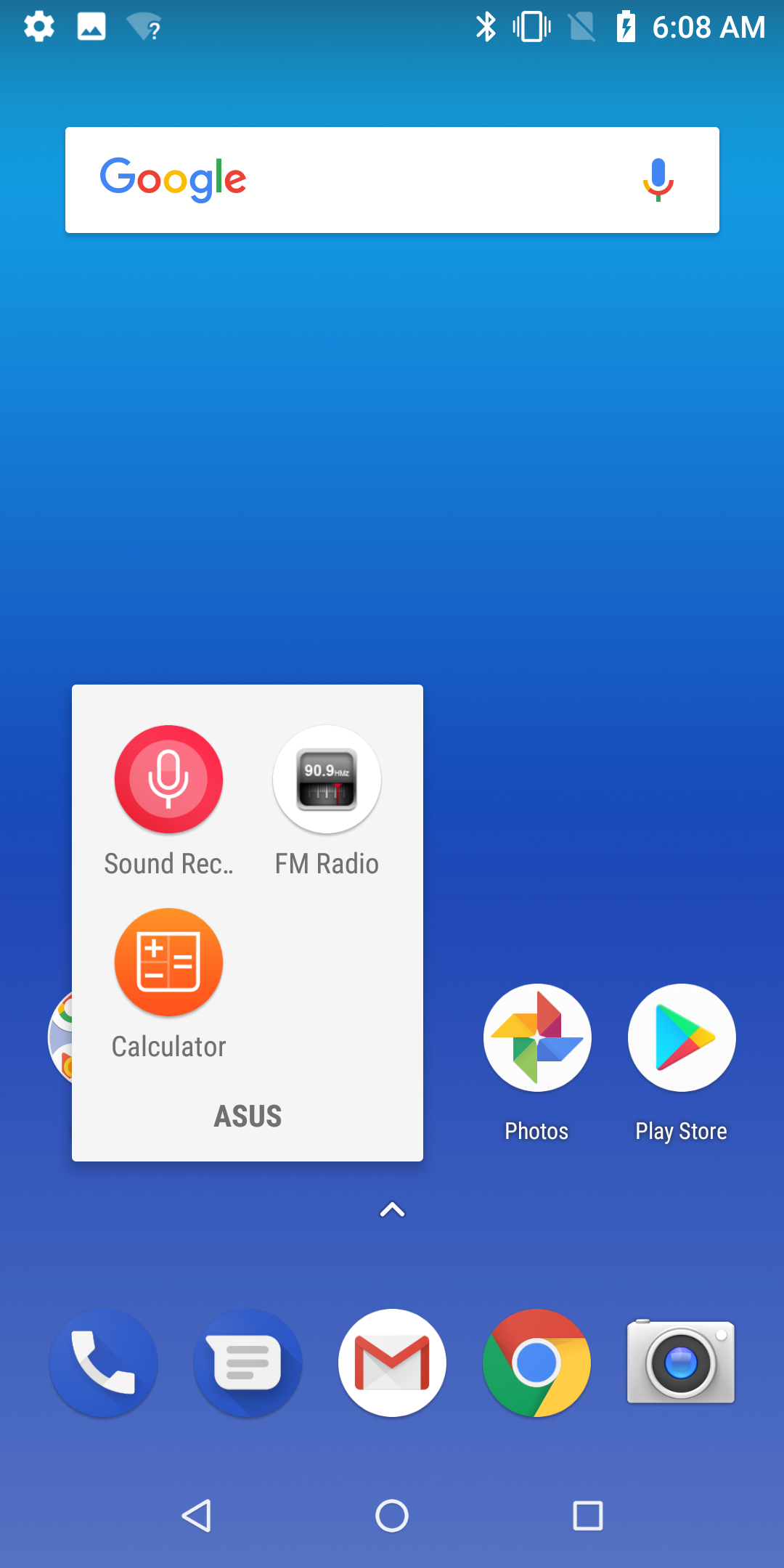 Like most phones today, the Max Pro M1 supports facial recognition unlock using the phone's 16-megapixel front camera. However, the unlocking process is quite slow and sometimes refuses to work, even in good lighting, so you're generally better off sticking to the fingerprint scanner, which is both fast and accurate. 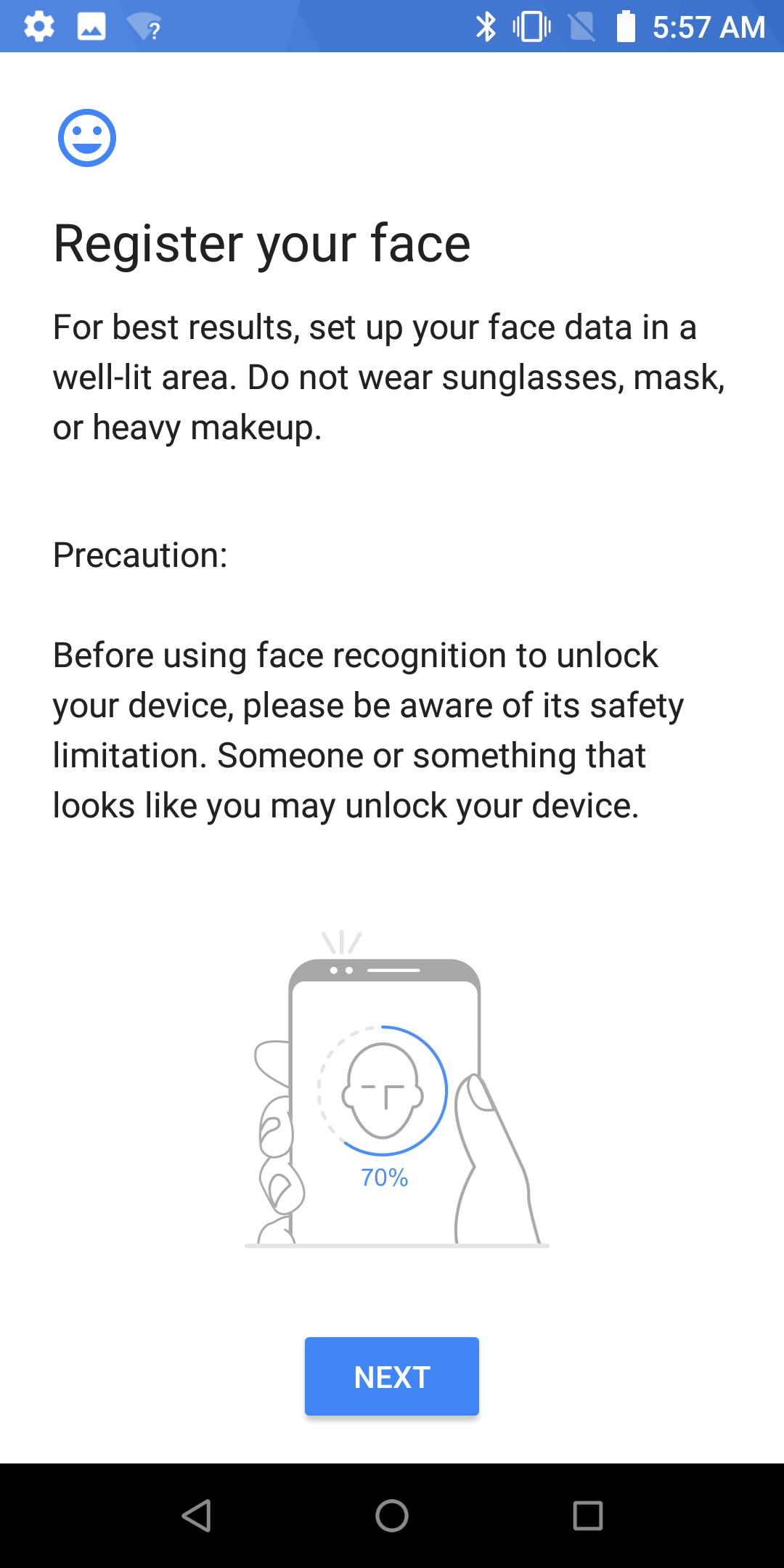 The Nova 3i also runs on Android 8.1 Oreo, but it looks very different thanks to Huawei's EMUI 8.2.0 skin running on top of it.

Like most China-brand UIs, there's no app drawer, with all apps sitting on the home screen similar to iOS. Fortunately, it's easy to enough to restore the app drawer by going to the Home Screen Style settings menu and choosing the 'Drawer' style.

You can also find an option in the Settings menu for hiding or displaying the notch.

Despite being a budget phone, EMUI on the Nova 3i includes most of the software features you'll find on Huawei's more high-end phones. That includes useful features like app cloning, smart split screen, and pick up to wake the phone.

EMUI does come with quite a lot of bloatware, however. There are pre-installed versions of Facebook, Messenger, Netflix, and Booking.com, two different third-party camera apps, and no less than seven pre-installed games. Fortunately, all of these can be uninstalled. However, Huawei also includes its own suite of apps including its own versions of Video, Music, Health, Calendar, and a dozen or so Tools, which double as inferior duplicates of Google apps, and these can't be uninstalled.

Huawei also has its own version of facial recognition unlocking, and it's actually surprisingly good. Huawei's version uses the front-facing 24-megapixel camera and is much faster and more reliable than ASUS' version. It works pretty well in low-light environments too.

Finally, it's worth noting that neither phone supports NFC, which rules out most cashless payment apps.