Note: This article was first published on 31st May 2016 at Computex, Taiwan. We've re-published this article as the product is now on sale and we've local availability information updated

2-in-1 hybrids have officially been a thing for a while now, thanks to Microsoft’s success with the Surface Pro 3 (and now Surface Pro 4). And just as Microsoft wanted, manufacturers have been scrambling to outdo each other to make better and more powerful hybrids. Still, ASUS has been a little late to the game in releasing a Surface-style device, but that changes today with the Transformer 3 Pro and the Transformer 3, two 2-in-1 devices targeted at increasingly mobile consumers.

And there’s the thing. One of them actually comes with a yet-to-be-announced seventh generation Intel processor. Hello, Kaby Lake? 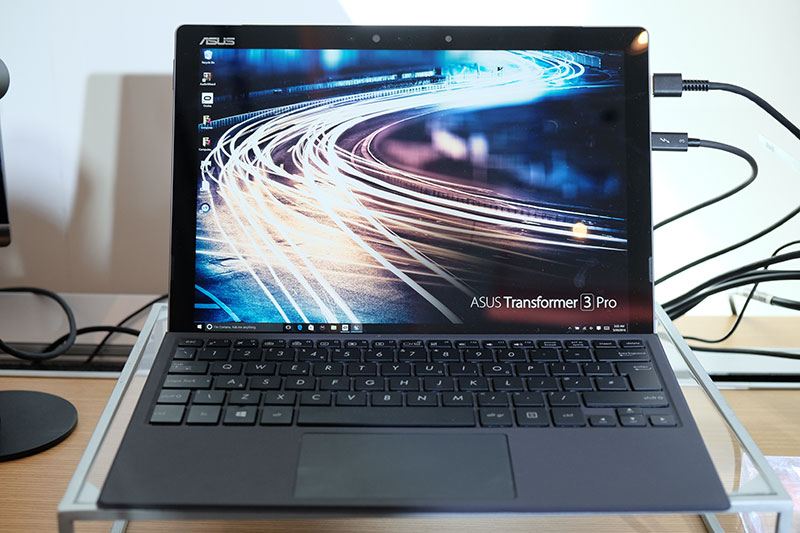 The Transformer 3 Pro is ASUS’ flagship hybrid device, and it is quite a stunning blend of both performance and design. For starters, its aluminum body feels extremely well built, and you get your pick of two snazzy-sounding colors – Icicle Gold and Glacier Gray.

That clearly sets it up to go head to head with the Microsoft Surface Pro 4 (down to the ASUS Pen that supports 1,024 levels of pressure sensitivity), but ASUS has included additional features to give the Transformer 3 Pro an edge. For one, it has a USB-C Thunderbolt 3 port on its right edge, in addition to a full-sized HDMI port and USB 3.0 connector. At 8.35mm thick, it is also thinner than the Surface Pro 4, so it will be interesting to see how the cooling on the device compares with Microsoft’s own hybrid. 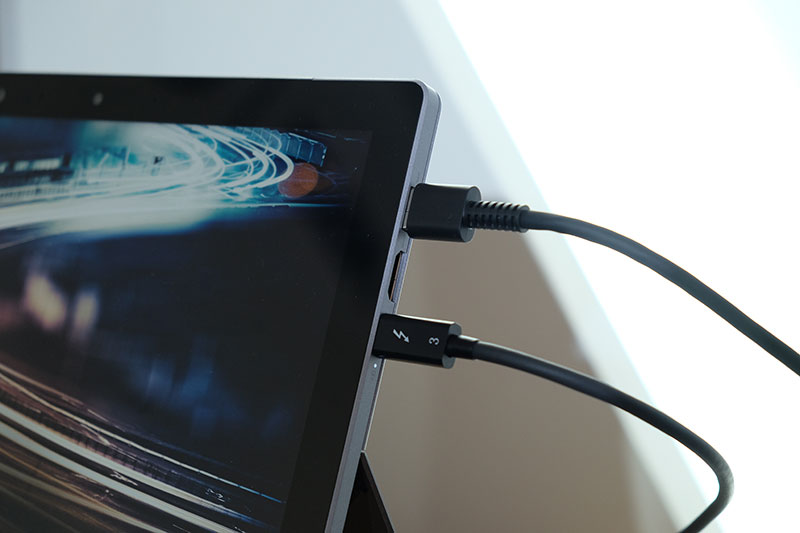 With that said, our favorite thing about it is probably the fact that it will ship by default with the Transformer Cover Keyboard (seriously, what’s with selling hybrids without one of their most essential components?). This is available in a range of colors, including Stone, Charcoal, Taupe, and Amber. ASUS is claiming 1.4mm of key travel on the keyboard, and in our brief time with it, the typing experience was actually quite decent for a device in this class. 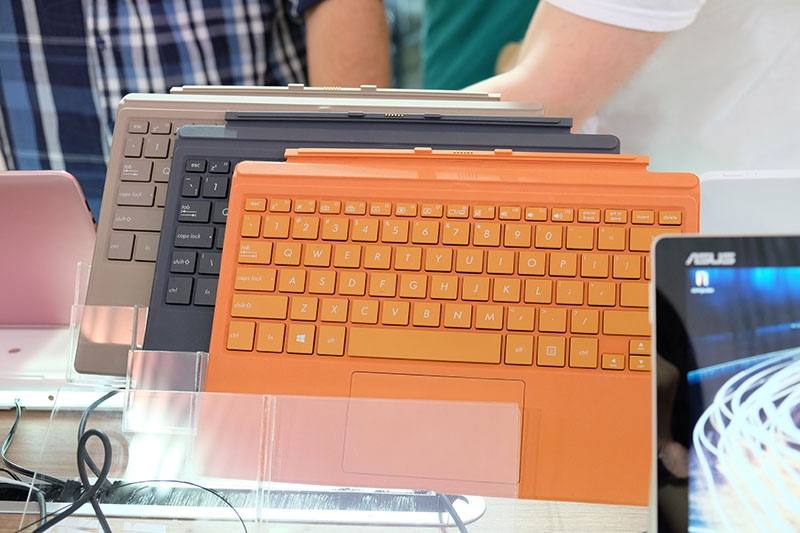 It also has an integrated metal kickstand with a step-less hinge, which means it can take advantage of the full 170-degrees of motion available to it. 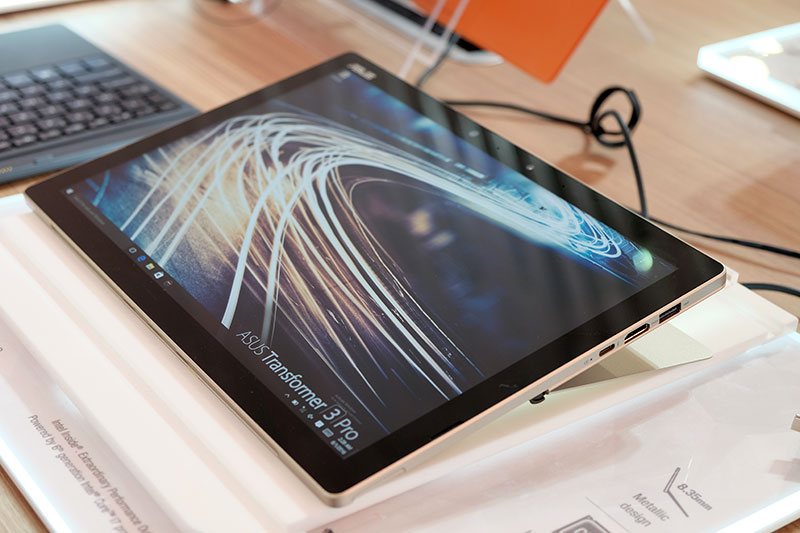 Audio was a focus as well, and ASUS has gone with dual front-facing stereo speakers by Harman Kardon. As it turns out, this is one of the differentiating features between this and the Transformer 3, because the latter can technically provide better audio because of a quad-speaker setup. The Transformer 3 Pro is intended more as a productivity device, while the Transformer 3 is targeted at entertainment and rich multimedia experiences, which is why the latter has a stronger focus on audio at the expense of things like USB 3.0 and HDMI ports. It also sports an Intel RealSense camera on the front that supports Windows Hello facial recognition, so you can quickly log in to the machine with minimum fuss.

But now for the interesting part. Thanks to the Thunderbolt 3 port, the Transformer 3 Pro will work with the ASUS ROG XG Station 2 dock, an external graphics enclosure that will give the device a huge boost in gaming performance. Yes, we definitely want more please. 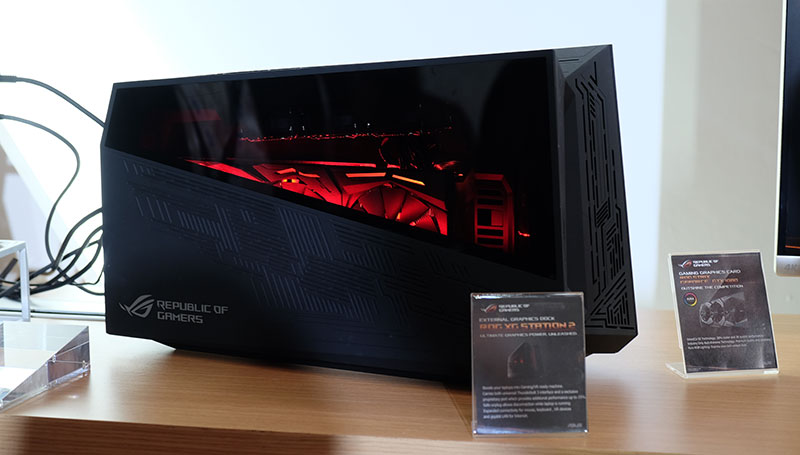 The Transformer 3 Pro has a starting price of US$999, but availability dates have yet to be announced.

For an overview of the device, check out our video below! 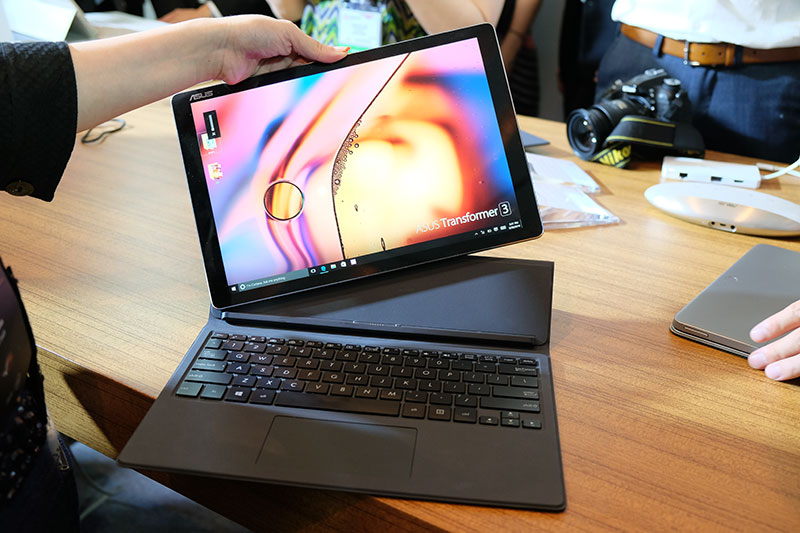 It will come with a seventh-generation Intel Core M processor (ASUS seemingly glossed over the fact that these chips haven’t actually been announced), up to 8GB of 1,866MHz LPDDR3 RAM, and a 512GB SSD.

One other difference from the Transformer 3 Pro is the detachable keyboard, which ASUS has dubbed the Transformer Sleeve Keyboard. Because the Transformer 3 lacks a kickstand, the keyboard doubles as a stand as well – similar to how Smart Covers for the iPad work – and you can only choose between two positions. Having said that, the keys still feel pleasantly clicky, with the same 1.4mm of key travel as the Transformer Cover Keyboard. 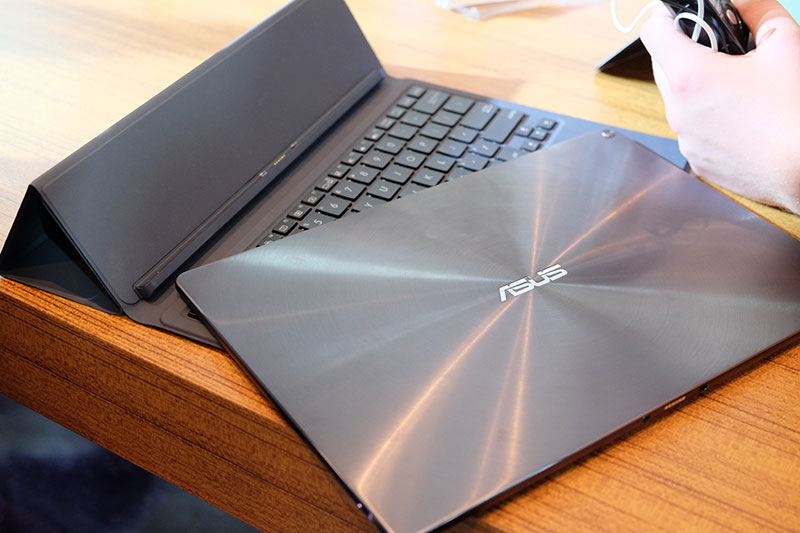 Those specifications aside, the Transformer 3 retains many of the features of its more powerful sibling, including the same 12.6-inch, 2,880 x 1,920-pixel display and USB-C Thunderbolt 3 port. However, it features quad surround sound speakers by Harman Kardon, which gives it an edge over the Transformer 3 Pro's dual speaker configuration. But because it is only 6.9mm thick, it has had to do away with the HDMI and USB 3.0 ports.

It is also compatible with accessories like the ASUS Pen, a Universal Dock that adds further connectivity options like USB-C 3.1 and Ethernet ports, and the ROG XG Station 2. We had the opportunity to try writing with the ASUS Pen on both devices, but because those were still engineering samples, certain features like palm detection were not yet working. What's more, however hard we pressed, the pen didn't seem as capable of reproducing thick lines as similar offerings from Microsoft and HP. ASUS says that we can expect more optimizations further down the road as the Transformer 3 and Transformer 3 Pro go to retail, so it looks like we'll have to wait till then to properly gauge performance in this area. 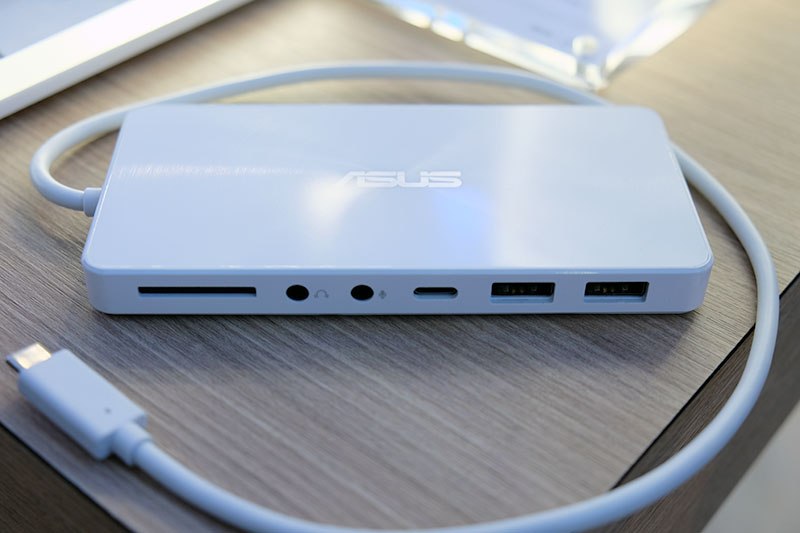 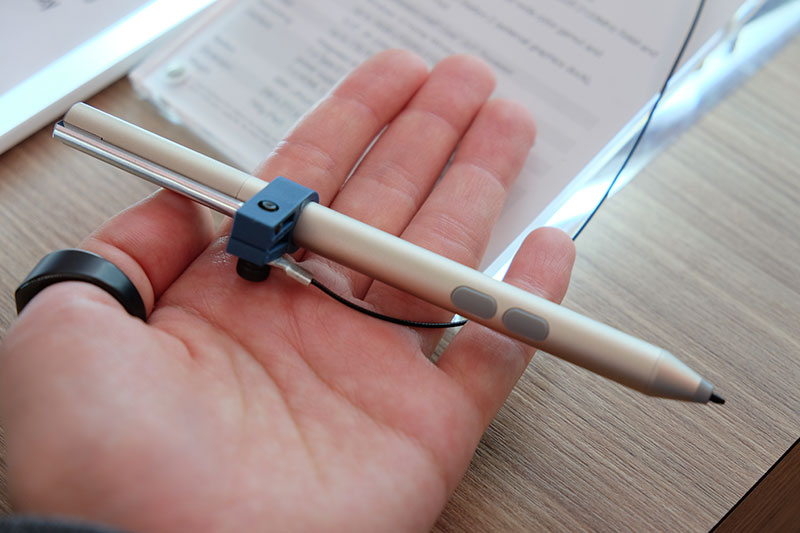 Prices start at US$799 for the Transformer 3, but an availability date has not been announced.