ASUS ROG Mothership hands-on: A massive convertible you can game on (Updated!)

ASUS ROG Mothership hands-on: A massive convertible you can game on (Updated)

Note: This article was first published on 21 May 2019 and is republished now with updated specifications and pricing. 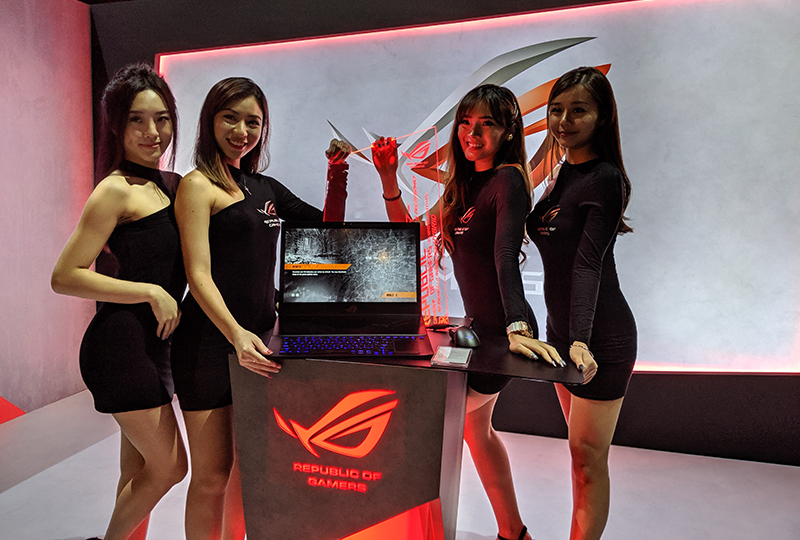 I've come to expect outlandish designs from ASUS, and its latest gambit at what a gaming notebook can be doesn't disappoint at all. The ASUS ROG Mothership is more or less what its name sounds like – out of this world, really massive, and sort of unnecessary.

The ROG Mothership is basically what would happen if someone turned a Surface Pro or some other convertible device into a gaming laptop. It brings together two conflicting concepts – portability and the idea of a desktop replacement – while keeping most of what you'd expect from a 2-in-1 laptop, such as a detachable keyboard and kickstand. 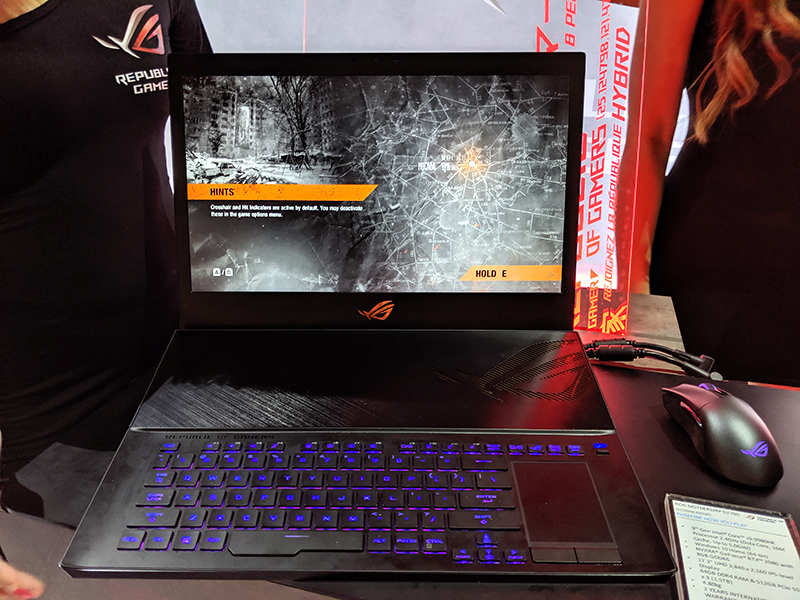 The ROG Mothership checks many of the boxes when it comes to a high-end machine, most notably the 4K G-Sync display with 100 per cent coverage of the Adobe RGB color space, a whopping 1.5TB in total of SSD storage, the most powerful mobile graphics card you can get right now, and more RAM than you can use.

The Core i9-9980HK is also an octa-core beast with a maximum Turbo frequency of 5.0GHz on a single core, and it's overclockable to boot.

These are specifications you'd normally find on a desktop replacement, not a convertible. But here we are, and the ROG Mothership's design is pretty intriguing nonetheless, with a Surface-style kickstand and foldable keyboard. ASUS also doesn't want you to have to fumble around with the kickstand while trying not to drop the giant slate, and there are two triggers on the bottom edge that will release the kickstand when you push them against the table. This means it's reasonably easy to set up one-handed, although there's no denying that the machine is really, really heavy at nearly 5kg. 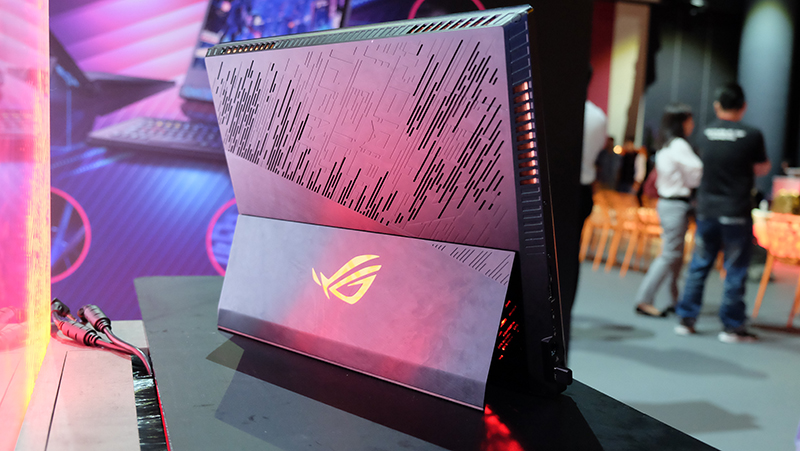 The keyboard is pretty cool as well. It attaches magnetically to the display, but it can also fold in half so it occupies less space on your desk. The attachment mechanism works well enough, although it definitely can feel a little unwieldy just because of how large everything is. The latter setup also mimics the feel of a more traditional desktop configuration, and the keyboard can also communicate with the display wirelessly. It probably makes most sense to fold the keyboard in half. You can use the ROG Mothership like a traditional laptop, but what would be the point in that? Furthermore, with the keyboard detached and folded in half, you also have more freedom to shift it around to get comfortable. On top of that, detaching the keyboard also reveals a row of four speakers aimed directly at you, so you get better audio as well.

The keyboard supports per-key RGB lighting customizations, and ASUS cites the travel distance at 2.5mm, which sounds pretty alright on paper. That said, I found the keys surprisingly springy, and I think the typing experience is pretty decent for a detachable keyboard.

Interestingly enough, the ROG Mothership's unconventional design also supposedly allows for better cooling. While the traditional clamshell form factor inevitably results in the fans pointing straight at your desk, the ROG Mothership's vertical design means that most of the vents have access to unrestricted airflow. In addition, ASUS says it's managed to pack eight heat pipes under the hood that channel heat to four heatsinks at the machine's edges. The network of heat pipes covers the CPU, GPU, VRAM, and VRM, so most of the key components are taken care of. Finally, the CPU is cooled by Thermal Grizzly's Conductonaut liquid metal compound, which boasts much improved heat dissipation.

All told, the laptop feels really nice in hand, and its machined aluminum body is super solid.

However, for a measure of how powerful the laptop is, you only need to look at the power connectors. There's not one, but two ports for power, and the ROG Mothership ships with two 280W power adapters. I guess the machine is technically still portable, but I don't envy anyone who has to lug those two power bricks around.

When it comes to ports and connectors, the ROG Mothership has plenty. Here's a list of them: But here's the real kicker. The laptop will cost a mind-boggling S$9,998, a stratospheric figure that excludes the vast majority of gamers. If you just won the lottery, you can buy the ROG Mothership in June, but it feels like ASUS made the device just because it could and not because it actually expects people to flock to it.