Note: This article was first published on 2nd April 2020. 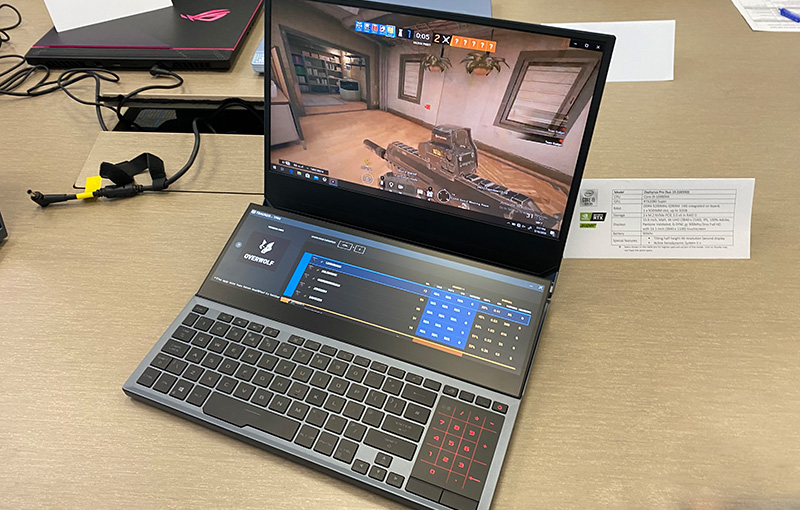 This is the ROG Zephyrus Duo 15 and it’s ASUS’ latest flagship 15-inch gaming notebook.Predictably, it’s packed with the latest and greatest in gaming hardware, so let’s talk about its design first. It’s called the Zephyrus Duo for a reason, and that’s because it has dual screens. The concept is not new, ASUS already has two dual screens notebook already in the market in the form of the ZenBook Pro Duo UX581 and the smaller ZenBook Duo UX481. But it’s a first for ASUS' gaming-centric ROG brand.

The main display measures 15.6 inches across and you can choose from two options: a colour-accurate high-resolution 4K display or a super-fast Full-HD display.

The first option is a 4K IPS display that covers 100% of the Adobe RGB colour space and is validated by Pantone. Obviously, this display is geared toward creative professionals. For gamers, you can opt for a super-fast 300Hz Full-HD display that supports G-Sync and has a response time of 3ms. 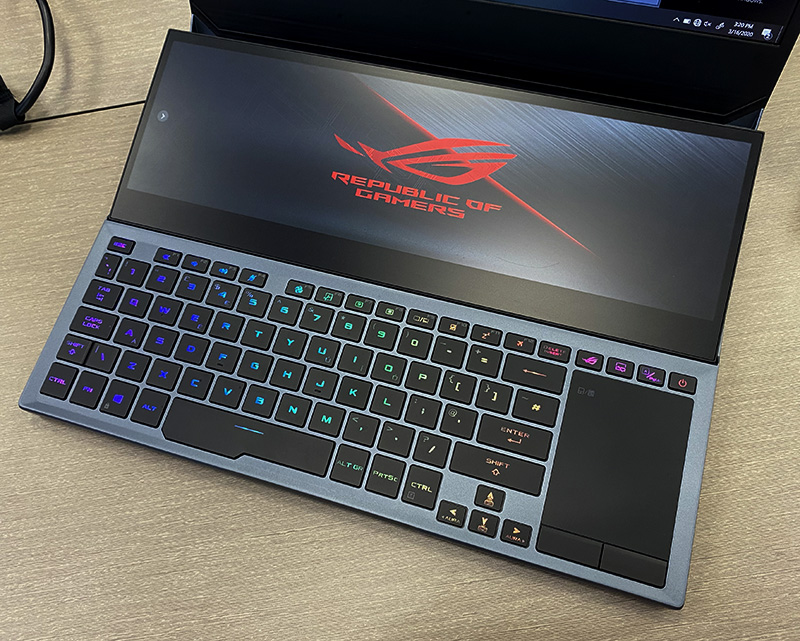 The second display, which is called the ROG ScreenPad Plus, measures 14.1-inch and has a resolution of 3,840 x 1,100 pixels and a decent refresh rate of 60Hz. This is identical to the ZenBook Duo UX581. The reason for its high resolution is so that if you opt for the 4K display, you can drag windows from the main display down to the second display without any odd resizing issues.

As I said in the review of the ZenBook Pro Duo UX581, a second display is useful for many things. But in the context of gaming, it can be used to display important information like inventory and maps without cluttering up the main display. To take full advantage of the ROG ScreenPad Plus, ASUS is currently working with multiple game developers to optimise their games.

To be clear, the ROG Zephyrus Duo 15 isn’t just a repaint of the ZenBook Pro UX581. It has a new hinge design for the second display, a beefier cooling system, and a slimmer and lighter design. It’s just 20.9mm thick and weighs 2.4kg, which is impressive when you consider the hardware it’s packing underneath. 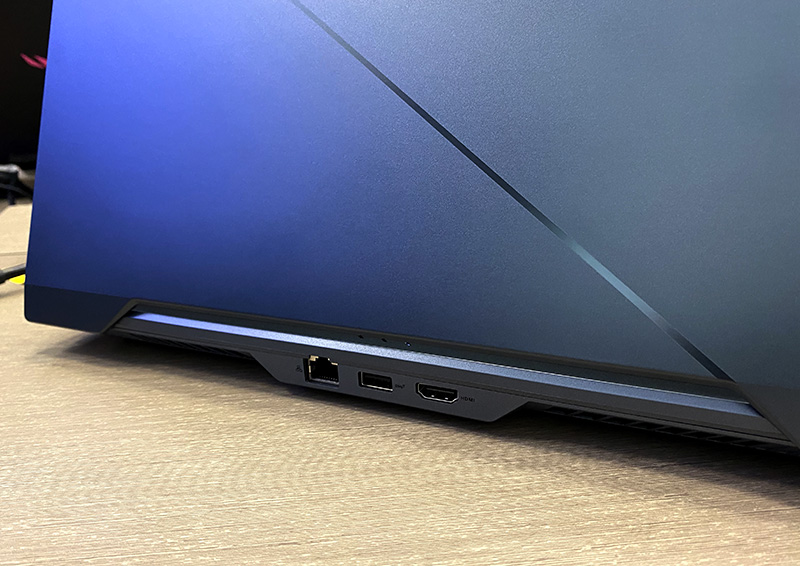 One complaint of the ZenBook Pro Duo UX581 and ZenBook Duo UX481 is that the second display wasn’t tilted at a high enough angle. To rectify this, the ROG ScreenPad Plus features a hinge that lifts the display up at a greater angle when the notebook is opened. Check it out in action below:

I only had a short time with the unit so it's hard to say if this design really works. It seems less prone to glare and reflections, but I'm not entirely convinced right now it's easier to see mainly because there's a thick bezel under the main display. We shall see once we get the unit in for a closer look and a full review.

Naturally, the Zephyrus Duo 15 is a spec beast. It is powered by the just-announced 10th generation Comet Lake H-series processors. We have written about these new processors in greater detail here. Complementing it is the equally new NVIDIA GeForce RTX 2080 Super GPU for notebooks. Here’s what a fully decked out unit would look like:

To keep everything cool, the ROG Zephyrus Duo 15 has an extensive heatsink design that uses Thermal Grizzly’s liquid metal compound instead of regular thermal paste for the CPU. ASUS says this improves heat transfer and enables the CPU to sustain higher clock speeds for longer.

Additionally, the ROG Zephyrus Duo 15 features what ASUS calls the Active Aerodynamic System Plus. As the secondary display is lifted up, it exposes a large 28.5mm air intakes that enables the notebook to draw cooler air above the notebook. ASUS says this improves airflow by up to 30% over previous Zephyrus designs. 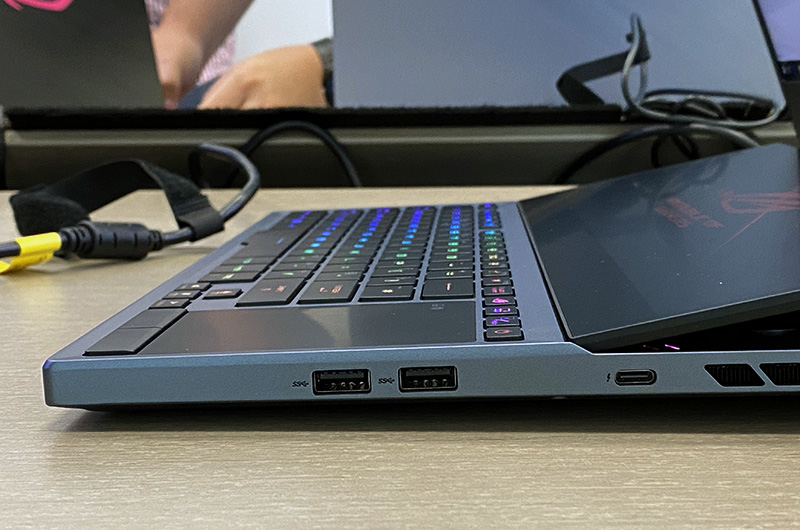 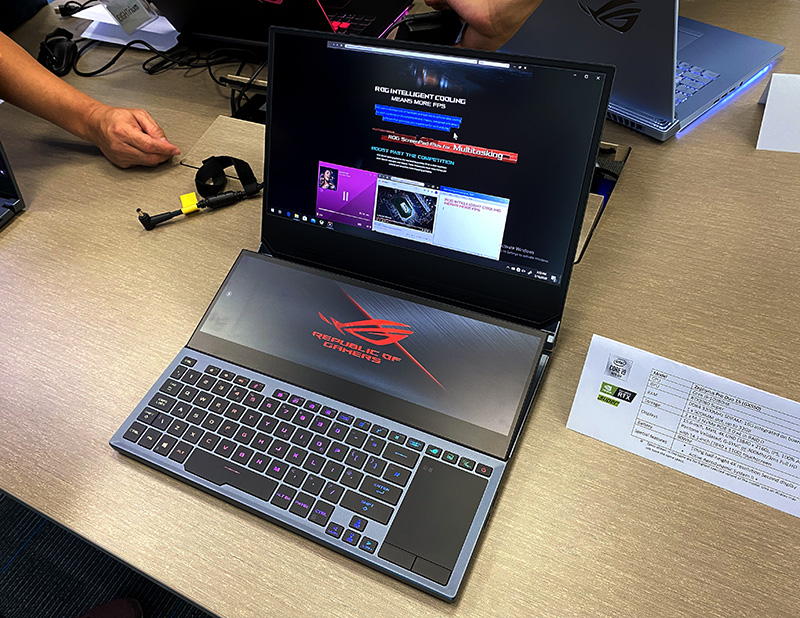 No word yet on local availability and pricing, but seeing that the ZenBook Pro Duo UX581  was nearly five grand, it’s safe to say that the ROG Zephyrus Duo 15 won’t come cheap. Best start buying those lottery tickets now.