ASUS has been our consecutive Reader’s Choice winner in our annual HardwareZone.com + HWM Tech Awards event, and their continuing breadth and scope of new products catering to every possible user further solidify why our readers picked ASUS as their networking brand of choice. However, that also means too many options for those not following every update ASUS is working on. To simplify buying recommendations, we’ve digested their catalogue to come up with an ARRG for your shopping needs! 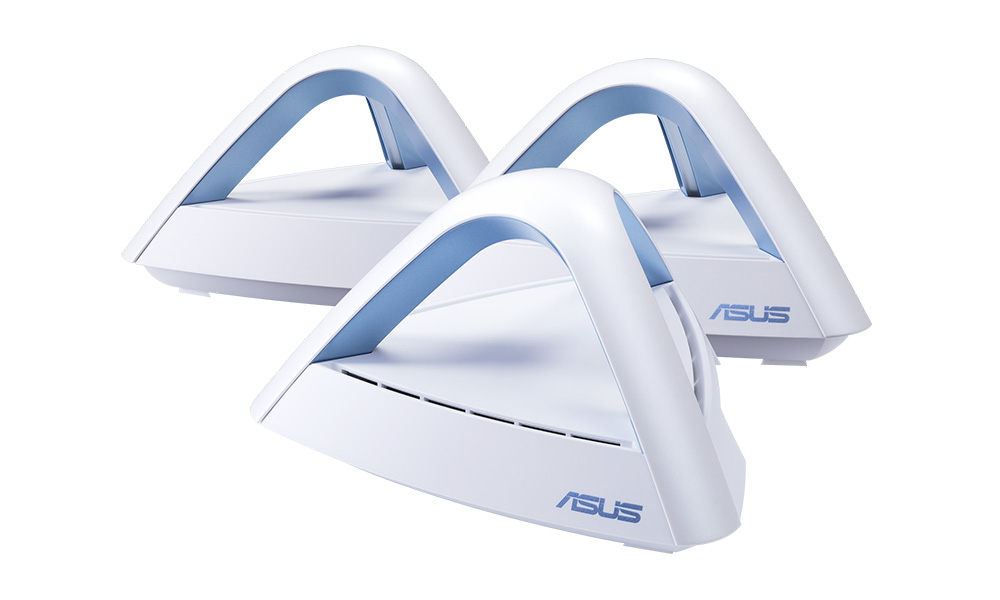 If your core criteria is to blanket your home with Wi-Fi connectivity with zero dead zones (even in the bedroom toilet), the path of least resistance and speedy setup would be to invest in an ASUS Lyra Trio. Based on a true mesh networking topology, you can easily daisy-chain multiple Lyra Trio nodes to expand your Wi-Fi coverage as you deem fit. Complementing its ease of use is the pleasant-looking lifestyle design that looks nothing like a conventional networking product and is a perfect fit for any home. Its unusual triangular form isn't just for show as ASUS says the design minimizes interference and provides better performance for the AC1750-class dual-band system. That equates to 450Mbps on the 2.4GHz network and 1,300Mbps on the 5GHz network.

Around the back, it has dual LAN ports to facilitate any wired network connectivity needs, as well as use one of the ports for backhaul communications if you plan to link multiple nodes in your home setup and free the dual-band wireless for all client device traffic. As you can tell, the Lyra Trio is a very capable networking unit for your home networking essentials. It even keeps your network safe as it’s equipped with AiProtection that offers real-time network monitoring. It inspects incoming networking traffic and looks out for malware, viruses and other possible threats through a partnership with security firm Trend Micro. The best part? This service is free for the lifetime of your networking device and is updated automatically to help guard against new threats identified by Trend Micro.

The ASUS Lyra Trio is available for S$199 in a single pack, S$329 for a 2-pack setup, and S$459 for a 3-pack bundle. How many nodes should you get? If you're starting from scratch, we recommend getting at least a 2-pack setup at the very minimum. ASUS has more tips for mesh router placement and optimizing placement. Last but not least, it's AiMesh ready to extend whole-home wireless coverage with other AiMesh capable routers. 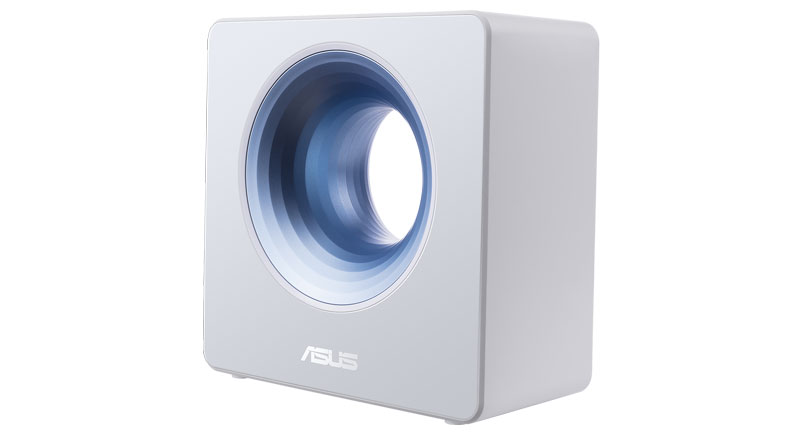 If there was ever a product that looked anything but like a wireless router, that would be the smart-home oriented, mesh-capable, ASUS Blue Cave. Looking somewhat like a hollowed-out white cube with a blue ring light indicator, this compact and unobtrusive unit is powered by an Intel CPU and manages to hide four antennas within. The dual-band AC2600-class MU-MIMO router has five Gigabit Ethernet ports around its back along with a USB 3.1 port for file and print sharing. It’s also equipped with a more advanced protection - AiProtection Pro - by offering more parental controls, internet activity dashboard and an intrusion prevention system, and is AiMesh ready to extend whole home wireless coverage with other AiMesh capable routers.

For smart home control and automation, the Blue Cave supports IFTTT (IF This Then That) to create customized network-based tasks that you can string together if you have other IFTTT supported devices to control. The Blue Cave is also Amazon Alexa compatible and you could control the router via Alexa-enabled devices like Amazon Echo speakers.

Simple, unassuming, easy to setup, AiMesh capable, AiProtection Pro built-in and is smart home capable, this ASUS Blue Cave is your gateway to a reliable and interesting whole-home solution. Available for S$339.

From a features perspective, this negates the need to connect to an Alexa-enabled device separately to interface with the router via voice. Also, because the Alexa assistant is built-in, you can use Lyra Voice to control a plethora of other Alexa-supported devices to do your bidding. Like the Blue Cave, the Lyra Voice also supports smart home automation routines through customized triggers via IFTTT with compatible connected home devices.

As an AiMesh capable router, you could use it in tandem with any other AiMesh supported ASUS router to easily blanket your whole home with Wi-Fi and internet connectivity. By itself, it’s capable of 2,200Mbps wireless throughput with a single 2.4GHz band and dual 5GHz bands. This configuration also makes it ideal to dedicate a 5GHz wireless band for backhaul communication needs and not needing to resort to a wired backend solution to maintain a reasonable wireless throughput. The tri-band configuration also means it can juggle much more client devices simultaneously under heavier workloads.

For a smart-looking home Wi-Fi mesh solution that doubles up as a smart speaker and control other devices, you can’t go wrong with the S$399 Lyra Voice. Just take note that it has a single WAN and a single LAN port so it’s a better fit if you plan on using wireless connectivity over wired connections. 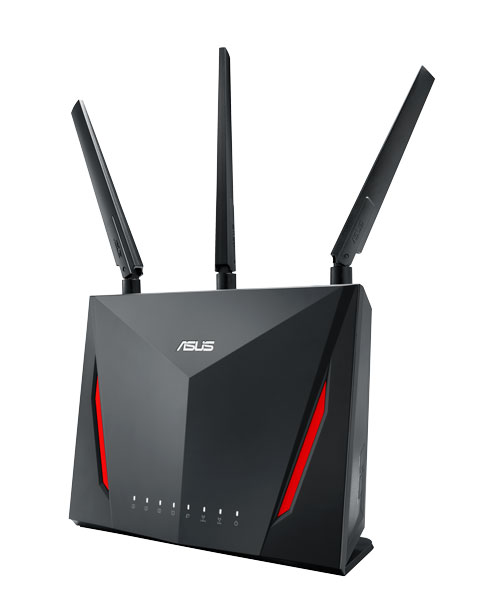 Now for those of us who cherish performance, a high level of network management and configurability and plan to connect more wired devices for the highest possible performance throughput – then welcome to the performance tier of products. The RT-AC86U might seem like an ‘entry-level’ recommendation in the performance tier, but it is anything but that. With a 1.8GHz dual-core 64-bit processor, high-performance antennas, beamforming to shape and focus Wi-Fi signals towards your devices, the RT-AC86U offers up to 2,900Mbps wireless performance throughput thanks to its dual-band quad-stream 2.4GHz & 5GHz channels packing higher data rates with supporting client devices. It’s also great for gamers with its adaptive QoS (quality of service) options to prioritize applications, thus giving your games their undivided attention by keeping latency low. Further to that is the built-in Game Accelerator which is free subscription from wtfast to take advantage of the Gamers Private Network (GPN) that automatically chooses the most efficient route to connect with popular game servers to minimize ping time and keep the firefight real in your online multiplayer realm.

Last but not least, the RT-AC86U is an AiMesh supported device to help you create a powerful and flexible whole-home Wi-Fi network while enjoying all the above capabilities. The ASUS RT-AC86U redefines ‘entry-level performance’ like nothing else. It’s available from S$329 for a single unit, and ASUS also offers dual-pack versions for slightly more savings and to enjoy AiMesh from the get-go.