Today, ASUS announced two new smartphone models for their growing ZenFone series, the ZenFone 2 Laser with a camera assisted by laser autofocus, and the ZenFone 2 Go with a slim profile for portability and appealing aesthetics.

These releases come after the local launch of the flagship ZenFone Selfie, which we had the opportunity to review. The new ZenFone releases here share some similar features as well. With that, we jump into a quick first look at the new models. 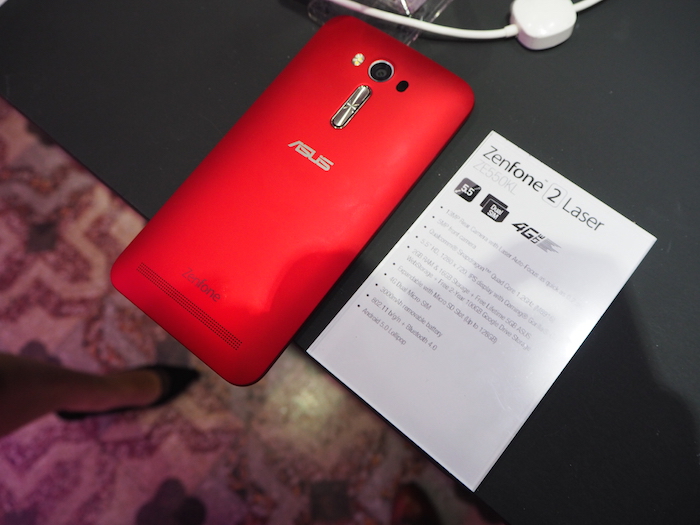 This smartphone comes in three models. The ZenFone 2 Laser 5.5 (ZE550KL) variation comes with a 13-megapixel PixelMaster rear camera with a lens that has an aperture of f/2.0. It is assisted by a laser autofocus (hence the namesake for this series) which promises an autofocus speed of just 0.2 seconds. It is also aided by a Real Tone flash, which helps to capture more accurate skin tones of the subject. With it, the rear camera comes equipped with the usual Pixelmaster benefits: Low Light mode, Backlight (Super HDR) mode, Beautification mode, and even a Manual mode. Accompanying it is a front camera with a 5-megapixel f/2.0 aperture lens with a wide angle of 85-degrees, assisted by Selfie Panorama. 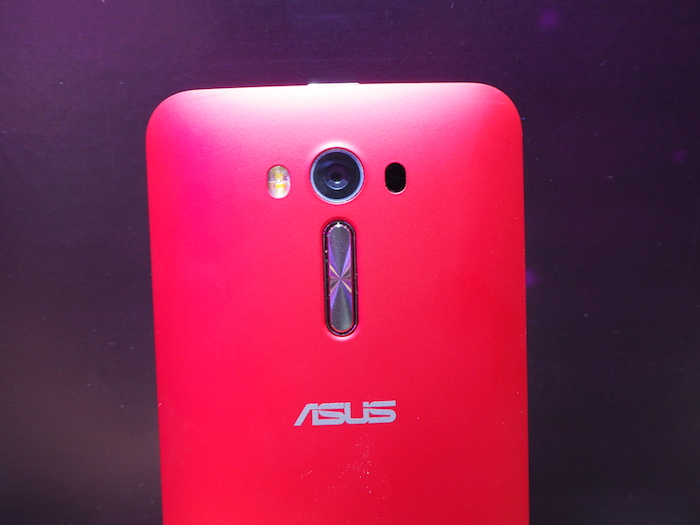 The ZenFone 2 Laser 5.5 comes with a 5.5-inch HD resolution (1280 x 720 pixels) IPS display, using Corning Gorilla Glass 4. It promises to have twice the drop-damage resistance of the ZenFone 2. In terms of hardware, it has a Qualcomm Snapdragon 410 quad-core 1.2GHz processor. The Android 5.0 (Lollipop) OS smartphone is skinned in ASUS’s proprietary user interface – the new and improved ASUS ZenUI. All three variants of the ZenFone 2 Laser come with 2GB RAM, 16GB internal storage, and the option to expand external storage up to 128GB via a MicroSD card. ZenFone 2 Laser smartphones also support dual Micro-SIM card layouts, with network support of up to 4G. They also have Bluetooth 4.0 connectivity, as well as Wi-Fi Direct and support for 802.11b/g/n Wi-Fi. As a nice little bonus, the ZenFone 2 Laser’s batteries are removable, just like the ZenFone Selfie. 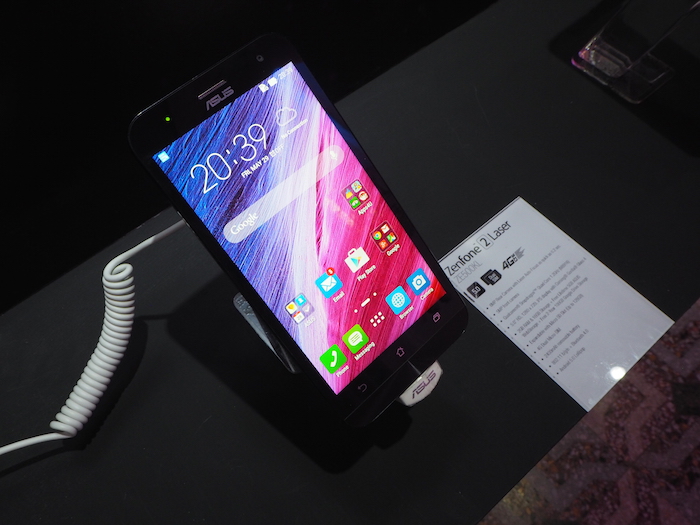 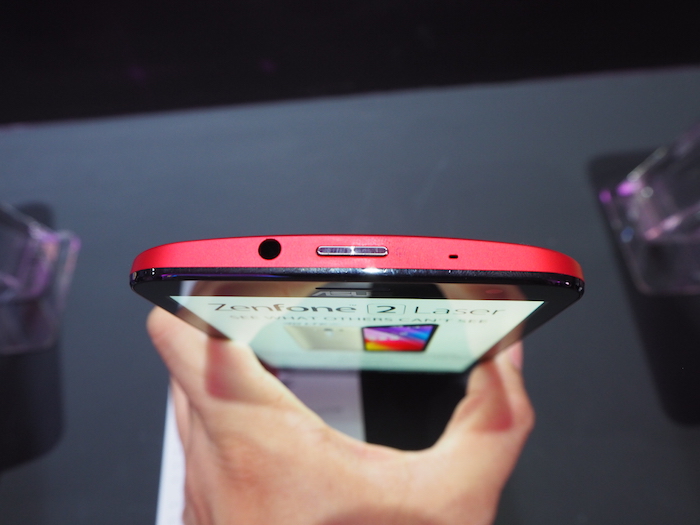 The ZenFone 2 Laser 6.0 has a larger display at 6-inches with the same display resolution, and it uses a Qualcomm Snapdragon 615 octa-core 1.8GHz processor. On the other hand, the ZenFone 2 Laser 5.0 comes with a smaller 5.0-inch display with the same display resolution, and it uses the same Qualcomm processor as the ZenFone 2 Laser 5.5. However, it uses a 8-megapixel rear camera (with the same features), instead of a 13-megapixel version like the other two variations. The phones have different battery capacities as well: Laser 5.0 has 2,400mAh, while Laser 5.5 and Laser 6.0 stacks it at 3,000mAh. All other specifications are the same between the three variations. 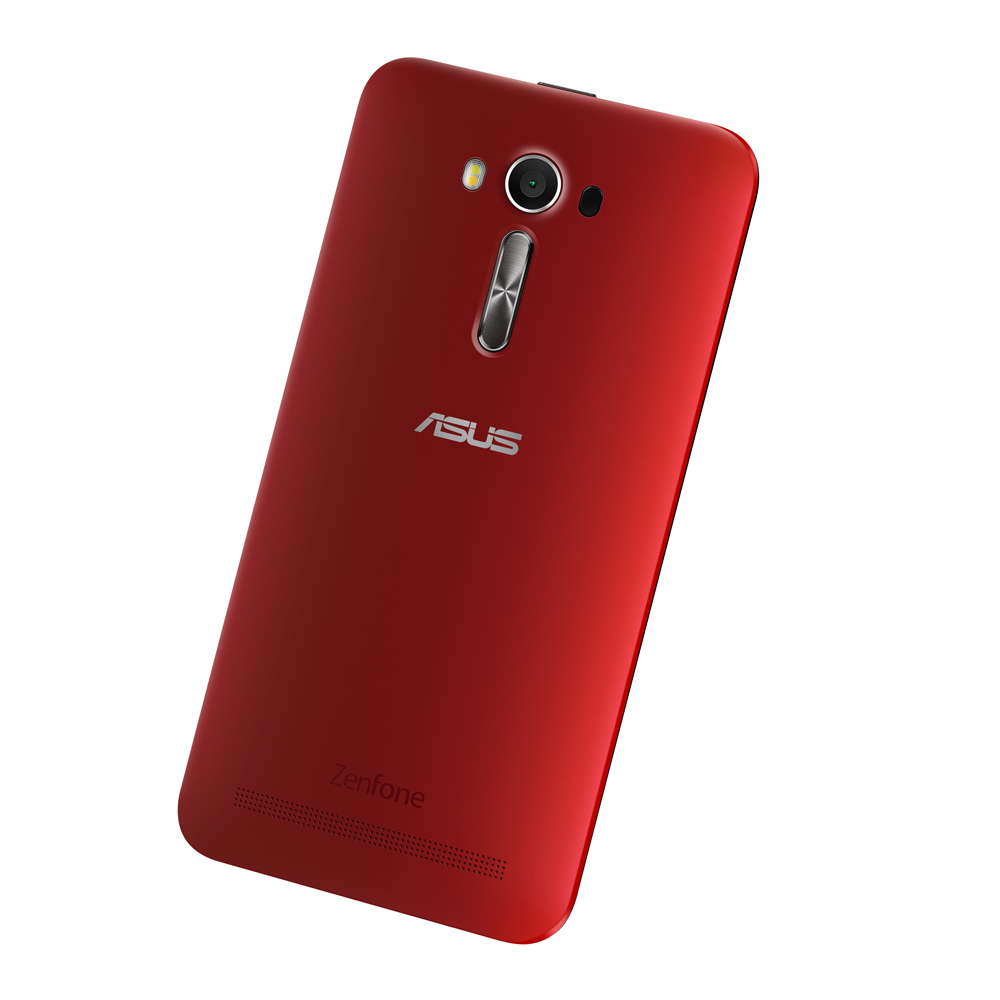 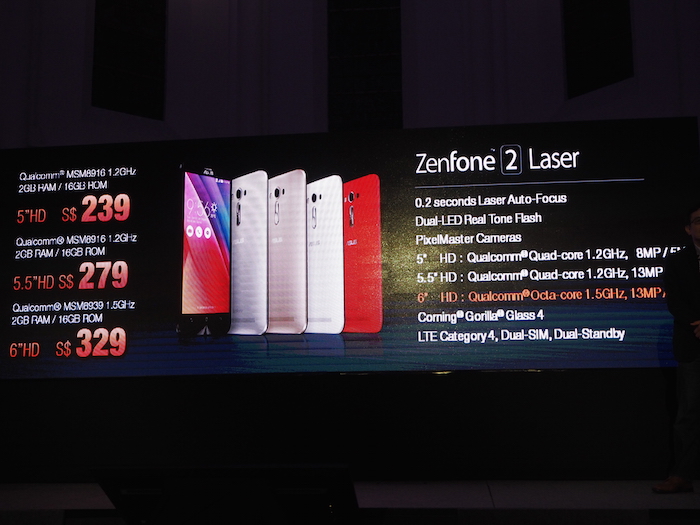 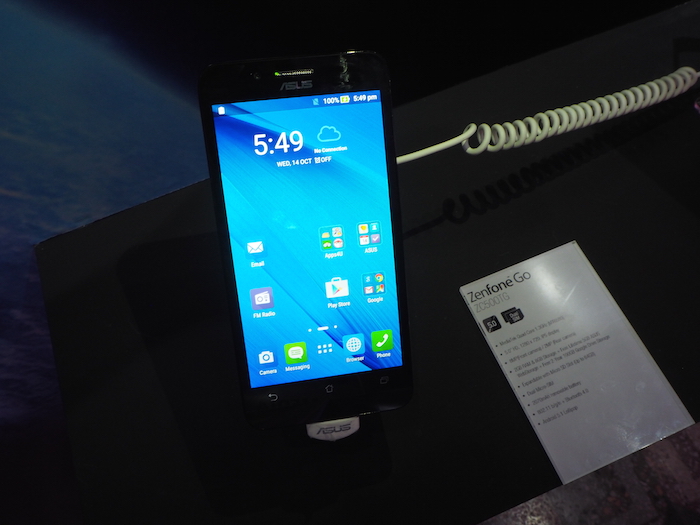 For users who want a small and light ZenFone-type smartphone, you can consider the ZenFone 2 Go (ZC500TG) to go. The slim form factor of the smartphone encourages better portability, with the slimmest point being 5.2mm thin while weighing a mere 135g. The phone comes with a 5.0-inch HD resolution (1,280 x 720 pixels) IPS display. The combination of a slim profile and frame makes the phone fit into most pockets and hands, while retaining the iconic spin-cut pattern found within the ZenFone series. 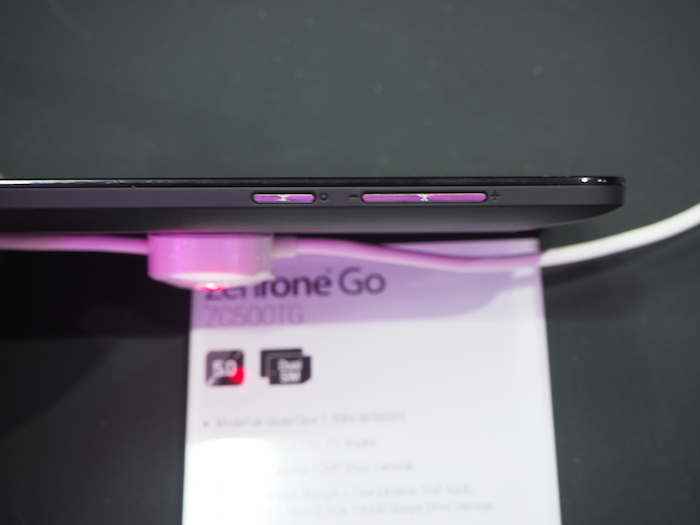 The ZenFone 2 Go is powered using a 1.3GHz quad-core MediaTek Quad-Core MT6580 Processor, and runs on Android 5.0 (Lollipop) OS that’s skinned with ZenUI. On the back is a rear camera at 8-megapixels with f/2.0 aperture and 77-degree field-of-view. To complement it, there are 15 camera modes to choose from. 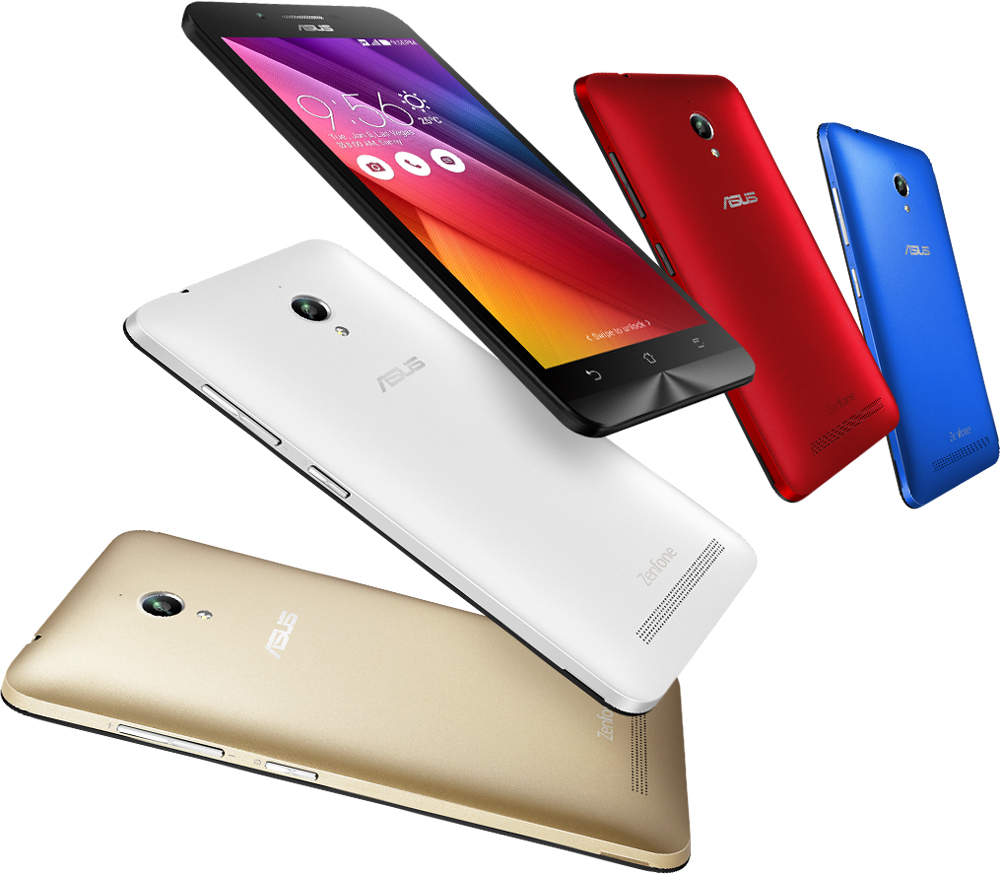 This smartphone support dual Micro-SIM, with up to 3G network connectivity, and it comes with an internal storage of 8GB, with an expandable storage via MicroSD by another 64GB. If that isn’t enough, there’s also a lifetime ASUS WebStorage of 5GB, plus two years of Google Drive 100GB for free. Like the other ZenFones above, it has a 2,070mAh battery that’s removable, allowing the user to easily swap to a fresh block when the current one goes flat. The ZenFone 2 Go (ZC500TG) will be available in Black, Red, and White colours from 17 October 2015 at $179. It can be found in Challenger and Newstead stores. There are currently no plans to bring in the other colors featured above.

The latest version of the ASUS ZenUI found on these two ZenFone models has a new layout that employs white space for a cleaner design, and which places information front and center for a simpler, smarter user experience. It has the ability for customization of its interface to match a user’s personal style and usage preferences, including ZenUI's launcher, themes, fonts, icons, and more. We have previously done an in-depth review of the ZenFone Selfie here. The ASUS launch showcased the 3GB RAM smartphone, and we decided to take the opportunity to get more photos of the dual 13-megapixel camera smartphone. 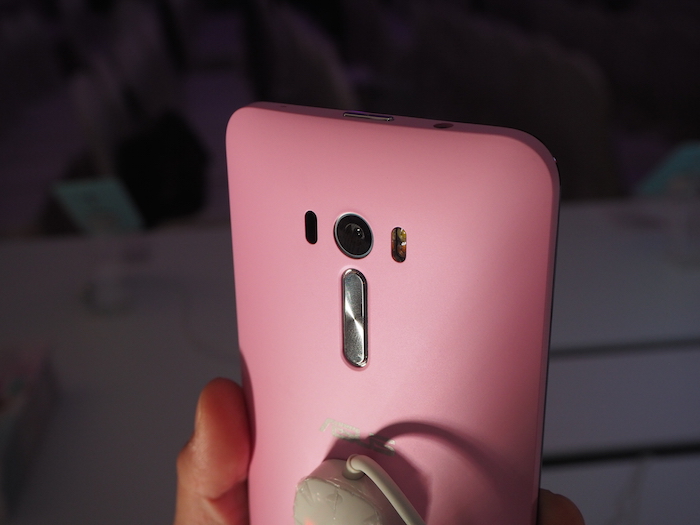 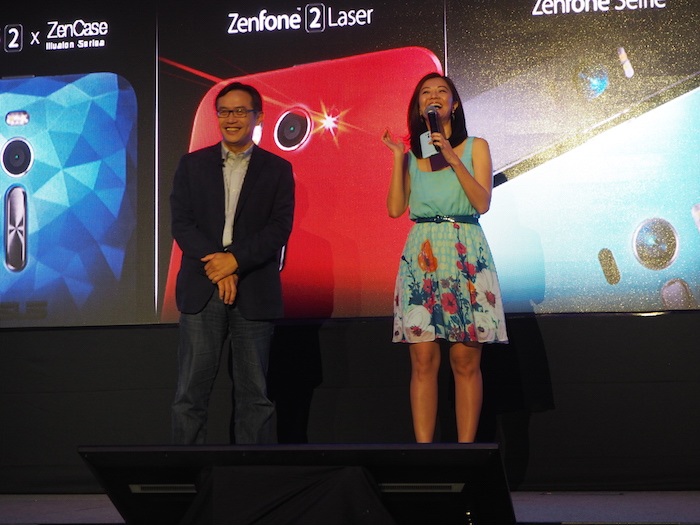 ASUS said that the original ZenFone 2 is now considered a previous generation phone, and that the ZenFone Selfie is to be taken as their new flagship device.