A Thundering Expansion Card Worth Waiting For

Earlier on, Intel provided us with an update on Thunderbolt technology's latest developments. If you have not been following technology news lately, Thunderbolt is a new high-speed, dual protocol I/O that provides up to 10Gbps of bi-directional transfer speeds. What this simply means is that with Thunderbolt technology integrated into today's PC and notebooks (and upcoming Ultrabooks), you'll get extreme transfer speeds between a Thunderbolt-supported device (like an external SSD) and a Thunderbolt-equipped PC over a single cable connection. On the same connection that can be daisy-chained to as many as 6 other devices, both data (PCI Express) and video (DisplayPort) can be transferred to various devices that support it.

In addition to those, ASUS has also extended Thunderbolt support to a variety of other Z77 and H77 boards via a Thunderbolt header integrated on the board. Here’s a list of boards that have this expansion header. And finally, to provide the Thunderbolt interface, ASUS launched the ThunderboltEX expansion card:- 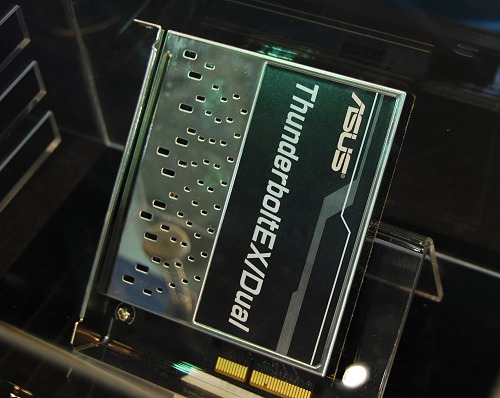 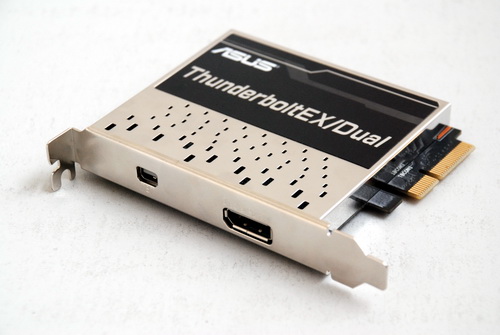 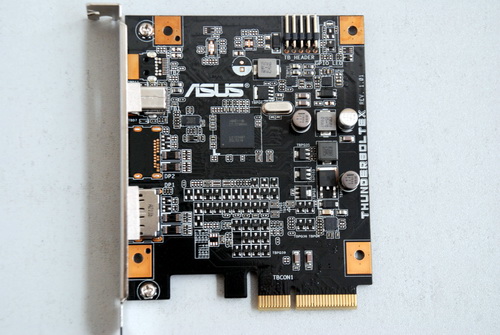 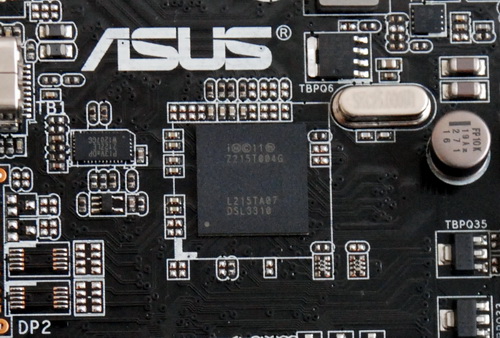 Accessories that come with the card include a DisplayPort cable and a connector for a header. Sadly, a Thunderbolt cable is not included. The card itself measures 100 x 85mm and, OS-wise, is recommended for use with Windows 7 64-bit. In our discussion with ASUS, they explained that the performance that the card can deliver is the same as their more premium boards that have integrated a Thunderbolt port. Actual performance, however, still relies on the devices that will use the new interface. 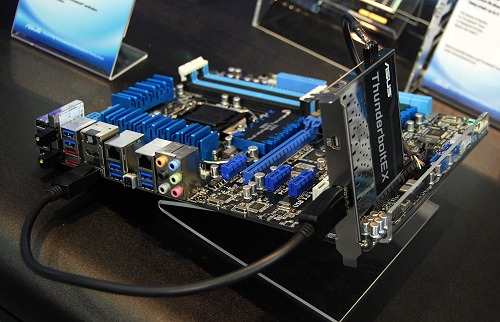 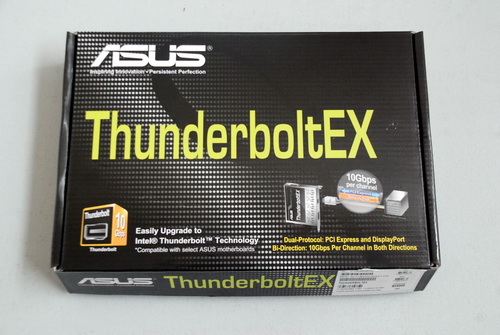 Price and availability of the ThunderboltEX in the region have yet to be firmed up and we’ll update that in due time. Also worth noting is that the ThunderboltEX card is currently awaiting Thunderbolt device certification, so more announcements will surely follow as soon as that’s taken care of by ASUS.