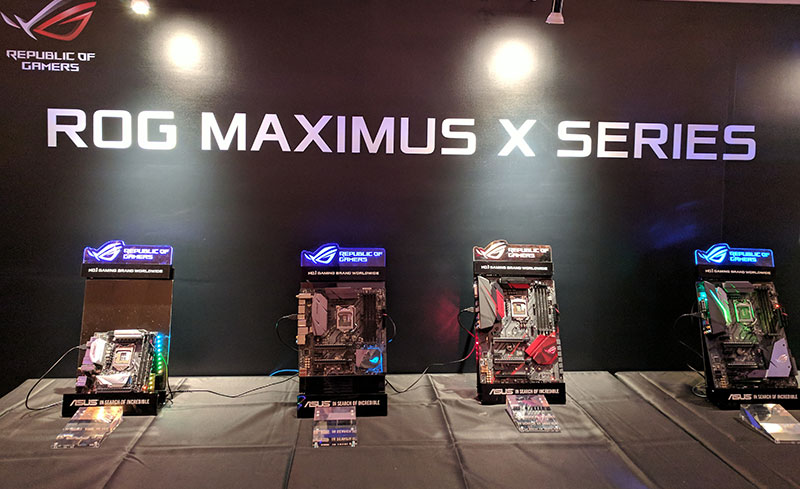 Updated on 6 October 2017: You can now buy ASUS' Z370 boards online at Lazada or Sim Lim Square retailers. We've also added in details of local pricing below, where available.

ASUS today revealed its new line-up of Intel Z370 motherboards, a diverse selection that caters to everyone from extreme overclockers to casual gamers looking for a reliable board.

A total of 13 Z370 boards were shown off at ASUS’ event at Kuala Lumpur, where the bulk comprised of the company’s gaming-focused Republic of Gamers boards:

That’s quite a large number of boards to make sense of, a fact not made easier by the unwieldy names. However, those of you who follow ASUS across successive board generations will see that it hasn’t strayed too far from what we got used to with the Z270 models.

The Maximus boards sit at the top of the product stack, while the ROG Strix models slot into the middle. This time however, the TUF boards come in as entry-level models with a focus on durability and reliability, not unlike Gigabyte’s Ultra Durable boards.

Finally, the two Prime models are all-rounders targeted at the masses. They retain many of the key features of the higher-end boards, but their more measured design aesthetic will appeal to mainstream users. 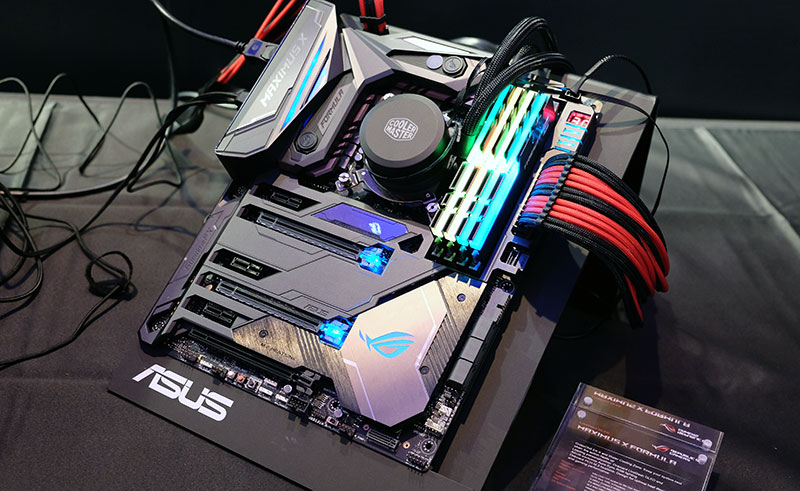 The ROG Maximus X Formula is the crown jewel of the Z370 line-up,  at least until the Maximus X Extreme makes its appearance.

While the as yet unannounced Extreme board will be the one catered for the truly dedicated enthusiast with a penchant for liquid-cooling, the Formula was always the more style-conscious sibling with ASUS’ ROG Armor.

That said, it also comes with hollow copper channels built into the VRM heatsink, for easier integration with custom liquid-cooling setups.

This year’s model features three full-length PCIe 3.0 slots, but only two are able to run in x8/x8 mode, unsurprising given that both AMD and NVIDIA are now actively limiting multi-GPU configurations to just two cards.

There are also a handful of new additions, such as a LiveDash OLED display that we first saw on ASUS’s X299 motherboards. This can be customized with an image or animation of your choice, or it can simply be set to display certain hardware monitoring information, such as CPU temperature. 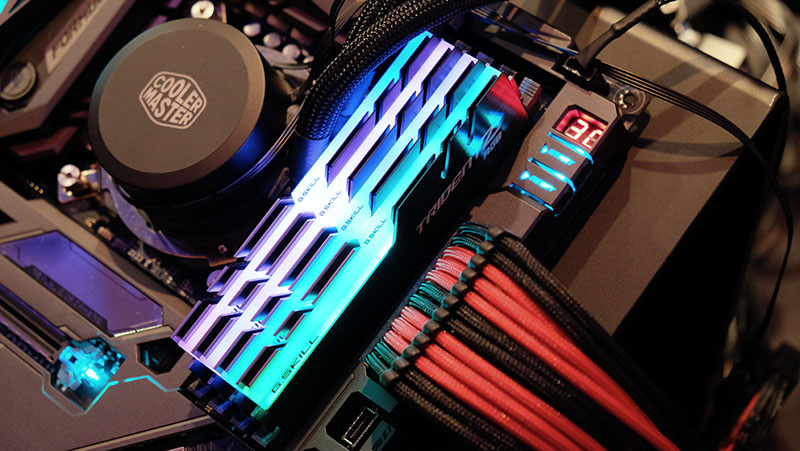 One of the two M.2 sockets has also been outfitted with a dedicated heatsink that links to that of the PCH, which supposedly helps with heat dissipation because of the larger surface area available.

Other tweaks include something ASUS calls OptiMem memory routing, which is found across the Z370 line-up and on its Prime series boards as well. This refers to a memory trace routing methodology of ensuring the best possible signal integrity.

One way this is done is through a reduced use of vias, which are inserts that allow signal traces to span multiple PCB layers. They’re used primarily to get around routing difficulties, but they can also impede signal quality.

The circuit design has also been customized for lower crosstalk and coupling noise. ASUS claims that the third-generation T-Topology routing allows for greater stability, because the distance between the CPU and each DIMM slot is equal and allows for better control and matching of electric characteristics.

The integrated I/O shield has been tweaked as well. There’s no longer any need to install the frame before fitting the board in place, and ASUS says the new design enables greater contact between the I/O shield and onboard connectors, which improves protection against ESD discharge.

Another board that deserves mention is the Maximus X Apex, a board that eschews certain features in favor of raw performance and overclocking headroom. 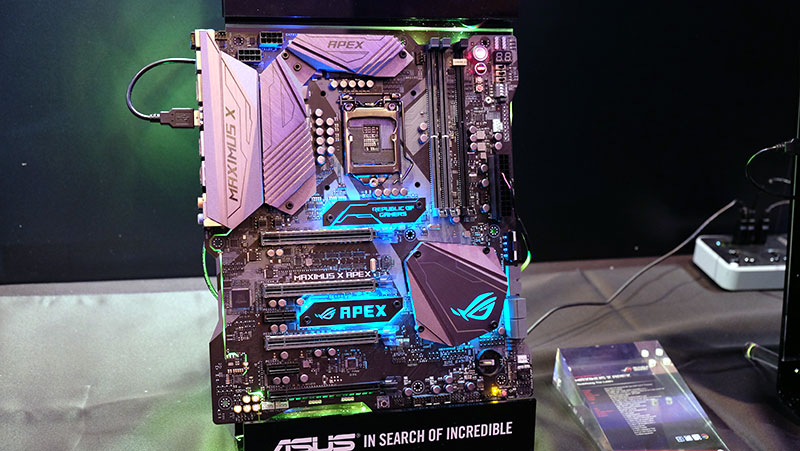 For instance, it only comes with two DIMM slots and supports up to 32GB of DDR4 RAM, although it will supposedly be happy with modules overclocked to as high as 4,500MHz.

It also features a DIMM.2 socket, which first debuted on ASUS’ X299 boards at Computex 2017. This looks like a DIMM slot, but it really holds a DIMM.2 add-on card that has space for two M.2 drives, and this design decision has likely allowed ASUS to simplify the onboard trace routing.

You’ll also find just four SATA 6Gbps ports, instead of the usual six found on most of the other boards. 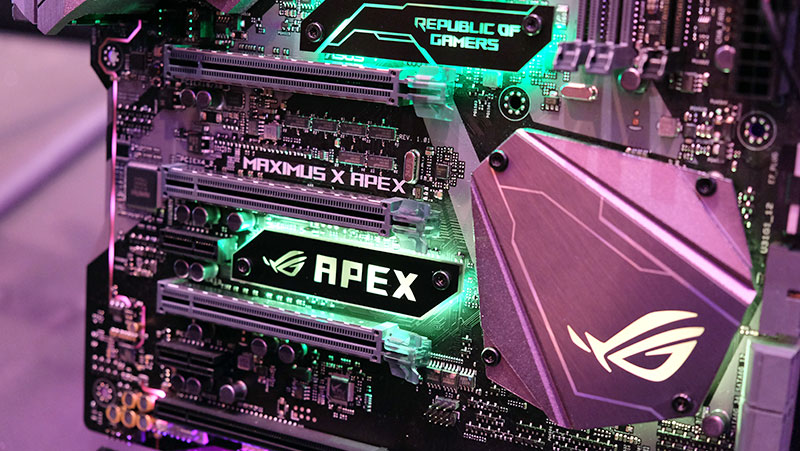 However, in keeping with its focus on high performance, it is equipped with an Aquantia AQC-108 5G PCIe card for higher speed Ethernet connections, should you actually have access to one.

The PCB also comes in a unique ‘X’ shape, with cutouts along the edges. A bunch of DIP switches and buttons sits at the top right, where you’ll find things like switches to disable individual PCIe slots, a debug LED, and even voltage measurement points. 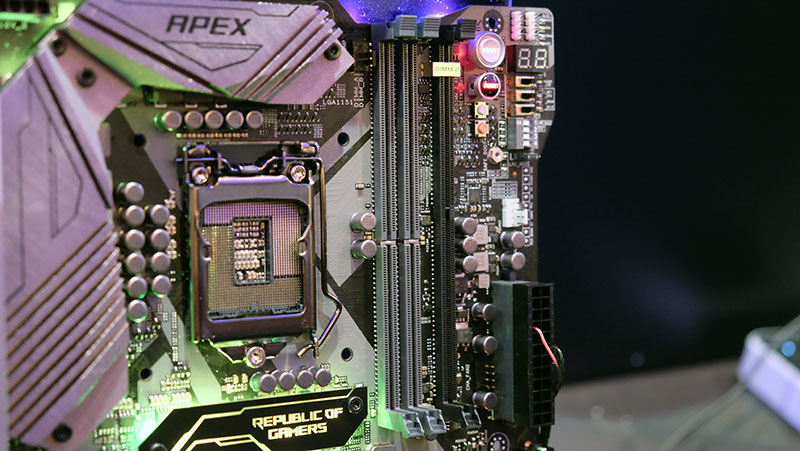 Furthermore, ASUS built in a 5G OC profile into its UEFI BIOS, and you’ll be able to load it quickly under the overclocking presets, assuming your processor can take it.

On the other hand, the Maximus X Code is sort of a pared-down Formula board, with a very similar look but missing some of the more enthusiast-oriented features, such as the liquid-cooling channels. 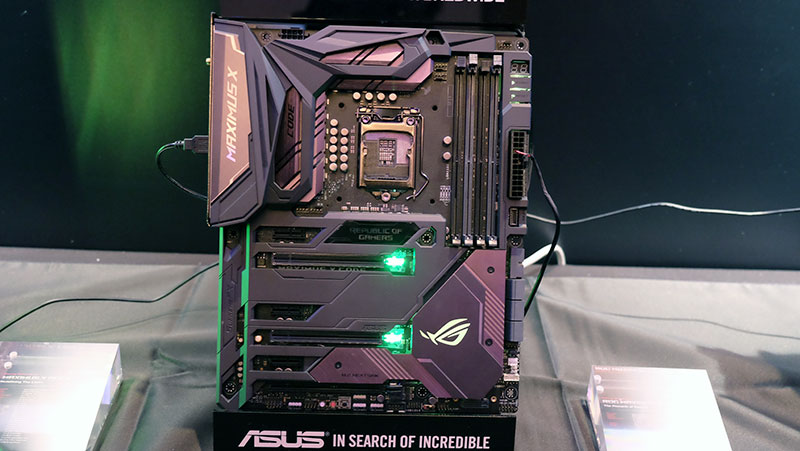 The Maximus X Hero rounds off the series, and it’s intended as one of the more affordable ROG boards. The full board ROG Armor is absent here, as is the extensive M.2 heatsink found on the higher end ROG models.

However, enthusiasts aren’t left entirely out in the cold, and there are still sensors for flow rate and coolant temperatures, and dedicated pump headers. 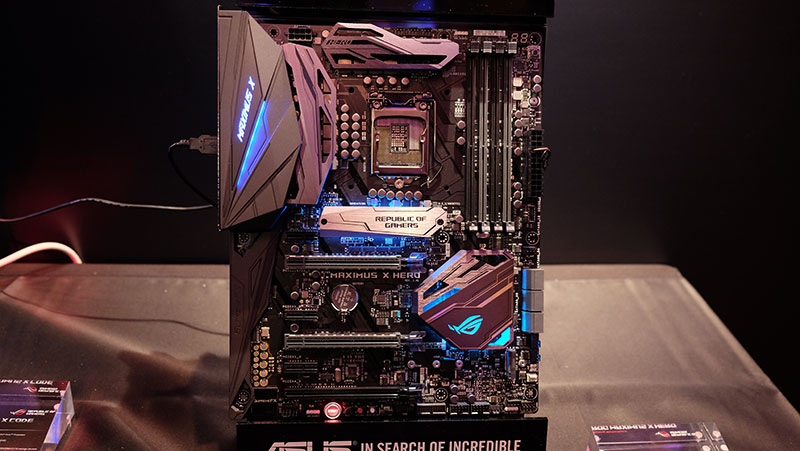