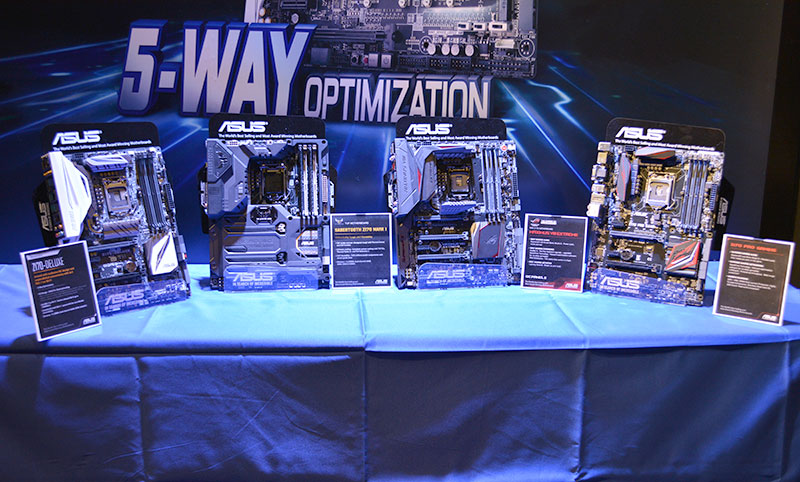 One new chipset, many mobos to choose

ASUS has taken the wraps off its full line of Intel Z170 motherboards at a media event in Bangkok, Thailand in anticipation of the launch of Intel’s new Skylake desktop processors.

The new motherboards will include boards in the mainstream Signature series, the TUF (The Ultimate Force) series, and the gamer and enthusiast-oriented ROG (Republic of Gamers) series. We'll walk you through the new features and enhancements made in each of the series, but first, a quick overview of what the new chipset brings to the table in general.

The new Intel Z170 chipset will support LGA 1151 processors, which means that they will not work with LGA 1150 Haswell and Broadwell processors. However, it appears that the CPU cooler brackets will remain unchanged as the LGA 1150 CPU coolers will still work with the newer CPUs. This is understandable since the overall physical socket design hasn't changed and thus, the existing coolers out there are directly compatible.

Z170 replaces last generation’s Z97 chipset, and will bring changes like support for DDR4 and DDR3L RAM and greater overclocking flexibility in the form of an expanded BCLK range (base clock). In addition, Z170 finally brings support for PCIe 3.0 to the chipset itself (the Z97 supported only PCIe 2.0 from the chipet). ASUS also introduced a USB 3.1 UPD panel for its new motherboards that will sport two USB 3.1 Type-C ports that are capable of delivering up to 100 watts of power. In addition, it is offering another USB 3.1 panel with two Type-A ports, and a Hyper Express SATA Express enclosure that will allow either two M.2 or mSATA drives to be setup in RAID for speedier storage performance. 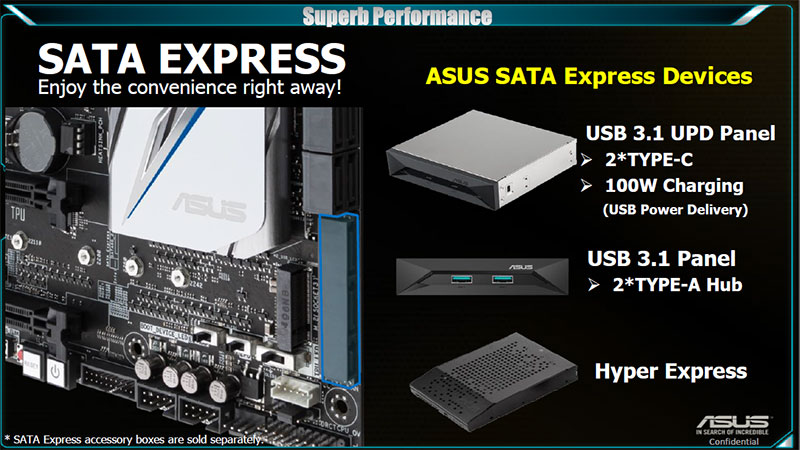 For more detailed coverage of each motherboard series and what new features you can expect from them, head on to the following pages as we've covered the Signature, TUF and ROG in significant detail.