The way of Zen 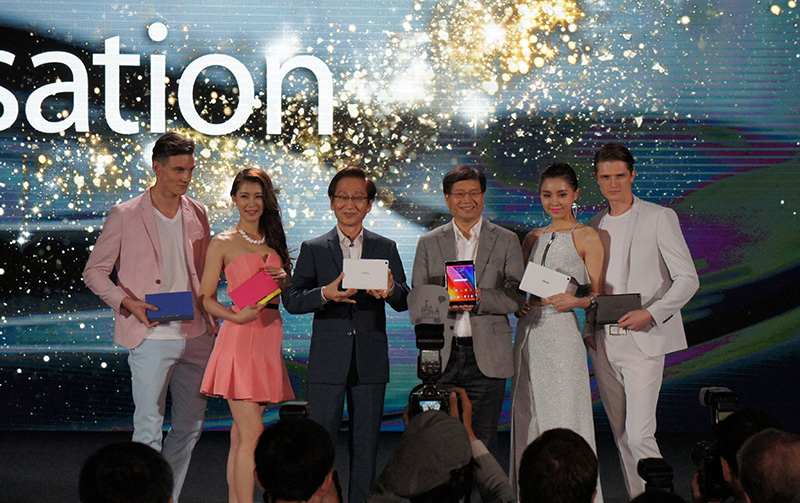 ASUS' Zen products, such as the ZenBook and ZenFones, are easily recognizable for their distinct emphasis on design and performance. And for 2015, it seems that ASUS is keen to widen this philosophy to a greater range of products. At Computex 2015, ASUS has just announced a wide range of new Zen devices, including a powerful new All-in-One desktop system, a new phone designed specially for selfie photo taking, and a new range of Android tablets. Let's take a closer look at them now.

The first product to be unveiled to us at ASUS’ Zensation event today was the new Zen AiO. This new AIO (All-in-One) desktop features a sleek design and the unit we saw at Computex had a very lustrous gold aluminum unibody chassis that tapers to a mere 6mm at the edges. ASUS will offer the Zen AiO in two sizes, 23.8-inch and 21.5-inch.

According to ASUS, the Zen AiO will be powered by Intel’s latest quad-core Core i7 processors, though they didn’t specify exactly which generation. However, what we do know for sure is that the Zen AiO can be specced with up to 32GB of DDR4 RAM and will be equipped with the latest PCIe-based SSDs that will utilize 4 PCIe lanes for up to 2GB/s storage speeds. In addition, the Zen AiO can also be equipped with NVIDIA’s new GeForce GTX 960M discrete mobile graphics. This is a fairly powerful mid-range mobile GPU, so gaming would definitely be possible. 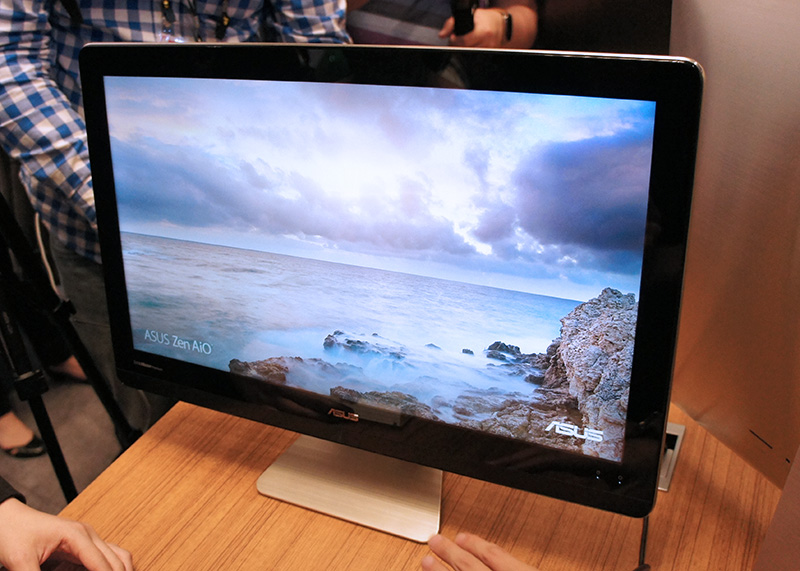 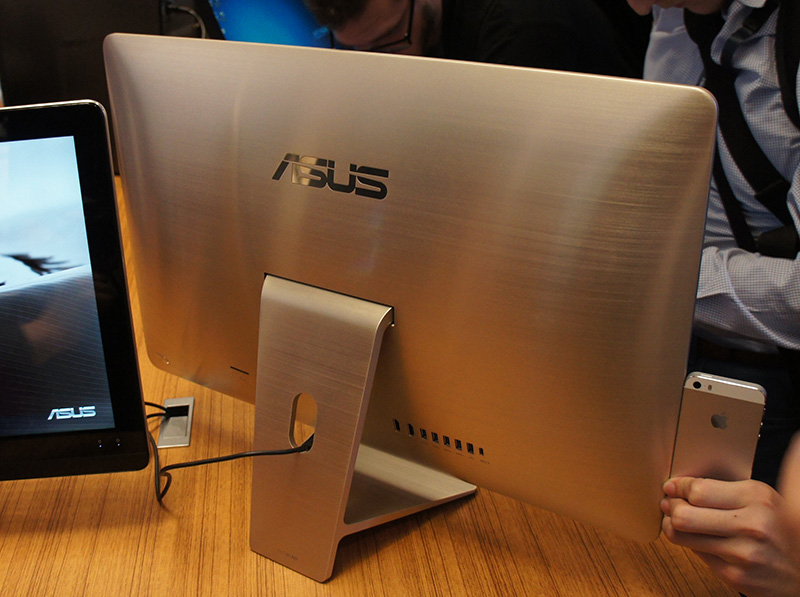 To add, the 23.8-inch model will also come with Intel’s RealSense 3D camera. The cameras can accurately recognize people and objects and allow for new ways of interacting with the AIO. For example, a user’s face can now be used as a login thereby negating the need to remember passwords.

And as befits the Zen AiO’s futuristic looks, the device will also be amongst the first in the market to feeature USB 3.1 via USB Type-C ports. In the Zen AiO, the USB Type-C ports will offer up to 10Gbps of bandwidth, far surpassing that of even USB 3.0. The Zen AiO will also feature four USB 3.0 ports, a single USB 2.0 port, HDMI input and output ports and also Ethernet connectivity.

If you like taking selfies, ASUS has a special phone for you. The new ZenFone Selfie is, as you might have guessed from its name, a phone that was designed specifically for selfie photo taking.

The most important thing that you need to do about the ZenFone Selfie is that it has front and rear 13-megapixel PixelMaster cameras with dual-color, dual LED Real Tone flash. This means that the ZenFone Selfie has almost similar front and rear-facing cameras, something that is unusual in smartphones. The front-facing camera has a f/2.2 aperture lens and there’s also a special Selfie Panorama mode that can take wide-angle selfie photos of up to 140 degrees. The rear-facing cameras, on the other hand, has a larger f/2.0 aperture and laser auto-focus technology for fast focusing on objects. The rear-facing camera also has a macro shooting mode that can focus on objects as close as 6cm. 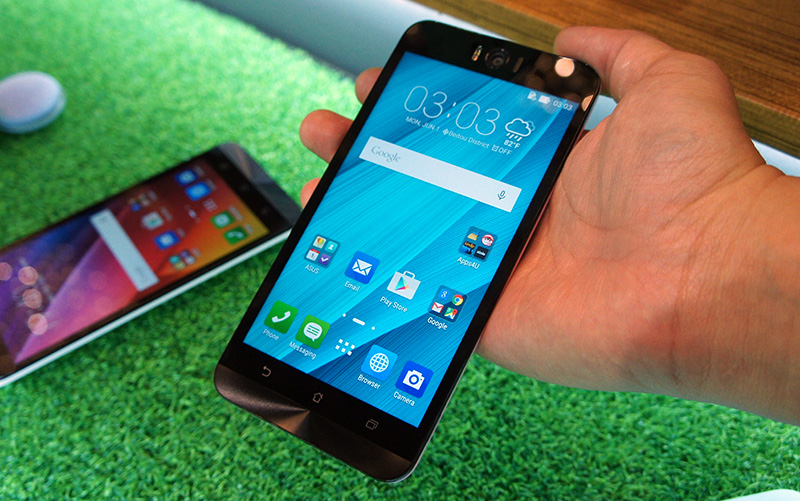 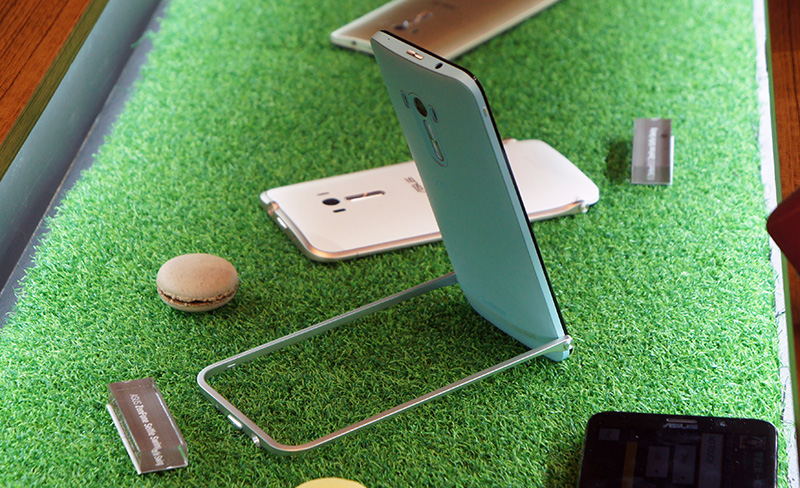 Apart from the high-spec cameras, the ZenFone Selfie also features ZenUI Beautification, a photo-editing mode that helps soften facial features, slim down cheeks, and enhance skin tone and more, for better-looking selfies. Certain models of the ZenFone Selfie will also come with a specially-designed extensiion that ASUS calls the Selfie Swing that will help extend your reach, allowing you to take selfies from a greater distance or simply provide more options for framing your selfies and photos. 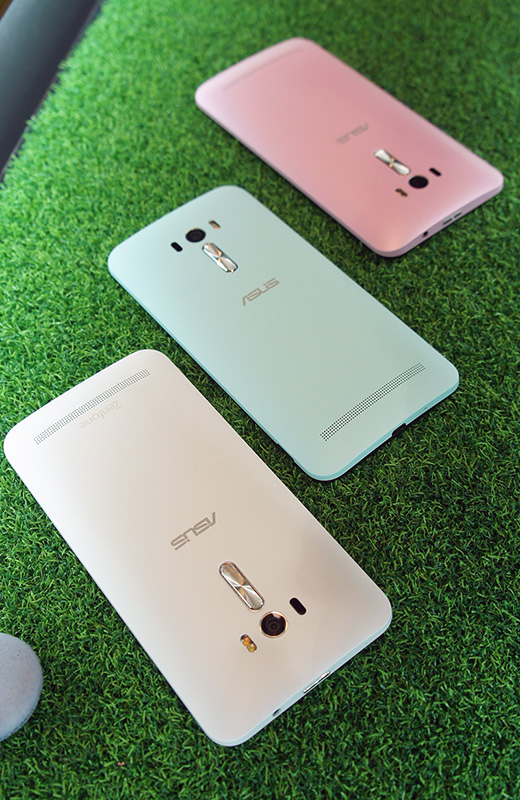 All the selfie features aside, the ZenFone Selfie has a 5.5-inch Full-HD IPS display (1920 x 1080 pixels), which gives it a pixel density count of 403 pixels per inch. The display is also protected by tough Corning Gorilla Glass 4. Underneath, the ZenFone Selfie is powered by Qualcomm’s 64-bit octa-core Snapdragon 615 processor. ASUS has not state the amount of RAM the ZenFone Selfie will receive, but we understand from speaking to representatives that it will come with either 2GB or 4GB of RAM, just like the ZenFone 2. The ZenFone Selfie will also be available in a variety of colors.

Despite news of dwindling tablets sale, ASUS is keen to tackle this problem head on by announcing a new series of Android tablets called the ZenPad. According to ASUS, they want to “reimagine” the category of tablets and these new tablets have a number of interesting features that set them apart from their competitors. The focus were on the 8-inch ZenPad models, so let’s take a closer look at them.

Firstly, there will be two models in the 8-inch ZenPad lineup - the ZenPad 8.0 and the ZenPad S 8.0. The ZenPad 8.0 has an 8-inch IPS display with a display resolution of 1280 x 800 pixels, giving it a pixel density count of about 188 pixels per inch. It is also the first tablet to be powered by Intel’s new quad-core Atom x3 processor with graphics duties handled by a Mali-450 MP4 GPU. The ZenPad 8.0 will also come with either 1GB or 2GB of RAM and either 8GB or 16GB of storage. Storage is expandable via a microSD card slot. 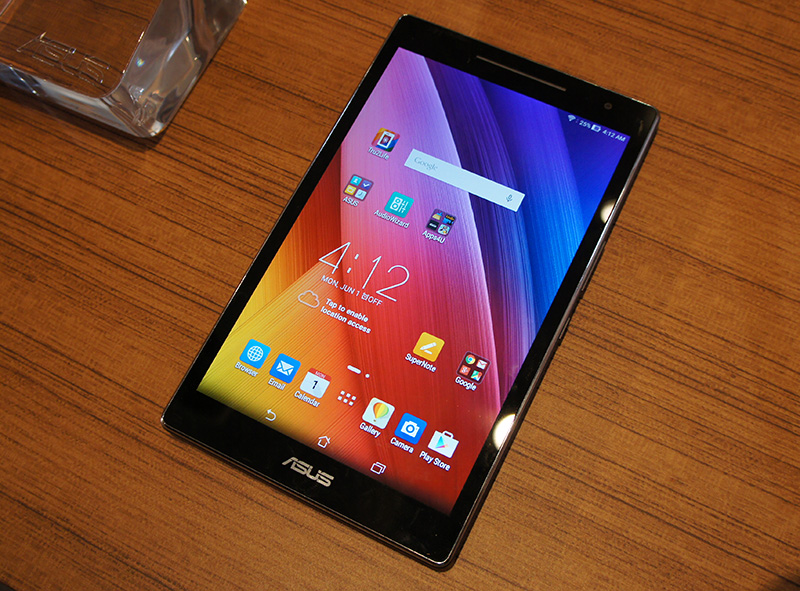 ASUS made it clear that the new ZenPad’s would match their users’ style and the ZenPad 8.0 fulfills this by having interchangeable backs that can be swapped for other colors and even additional features and functionality. For example, there’s the Power Case, which can be used to extend the tablet’s battery life by an additional 15 hours. There’s also an Audio Case that features six additional speakers for a better music listening or movie watching experience. 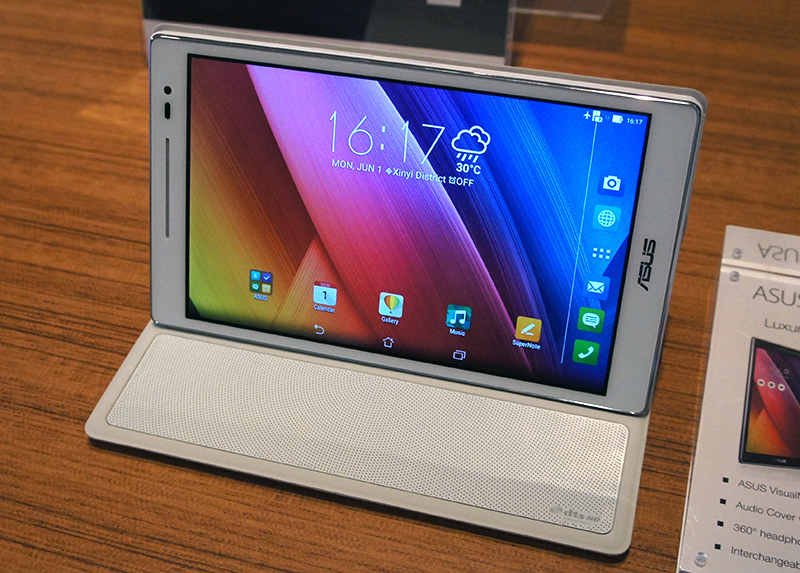 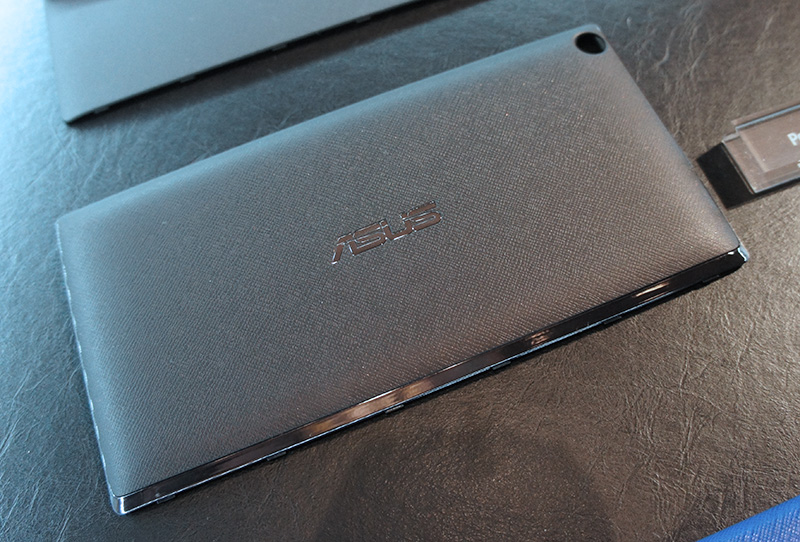 The ZenPad S 8.0 is a more powerful 8-inch model that delivers performance for more discerning users. On the outside, it has a similar size 8-inch display but with a higher resolution of 2048 x 1536 pixels, giving it a higher pixel density count of 320 pixels per inch. It is also considerably slimmer at just 6.6mm versus the ZenPad 8.0’s 8.5mm. And unlike the ZenPad 8.0, the ZenPad S 8.0 does not have a removable back cover, but it does have a more premium chassis made out of aluminum and decorated with diamond-cut edges. 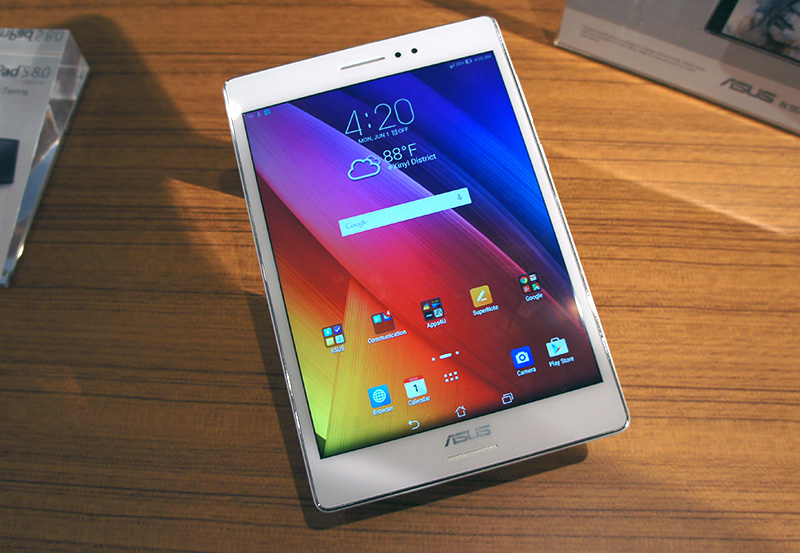 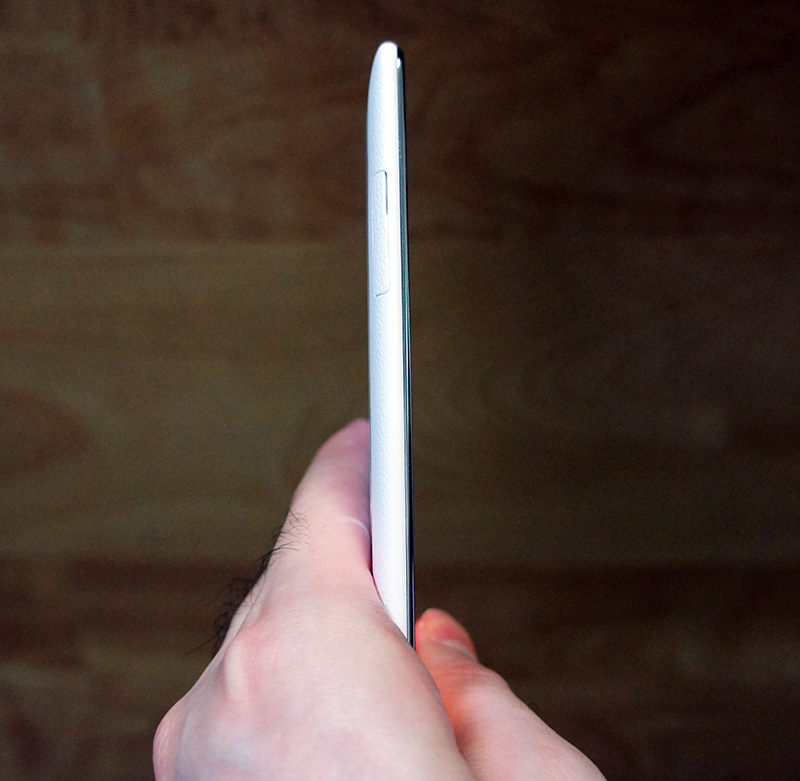 However, it is under the hood where the ZenPad S 8.0 really differentiates itself as it is powered by the more powerful quad-core Intel Atom Z3580 processor with graphics processing handled by a PowerVR G6430 GPU. The ZenPad S 8.0 also comes with more RAM and storage, 4GB of RAM and up to 64GB of storage respectively. Storage expandability is possible via a microSD card slot.

Pricing and availability of all devices have yet to be confirmed.